Tigers and cougars are both apex predators. At first glance, they are fairly evenly matched in a fight. However, when you take a closer look, there is a clear winner.

Who would win in a fight, a tiger or a cougar?

The tiger would be the winner of a fight between a tiger and a cougar. The tiger is heavier and more powerful than the cougar. 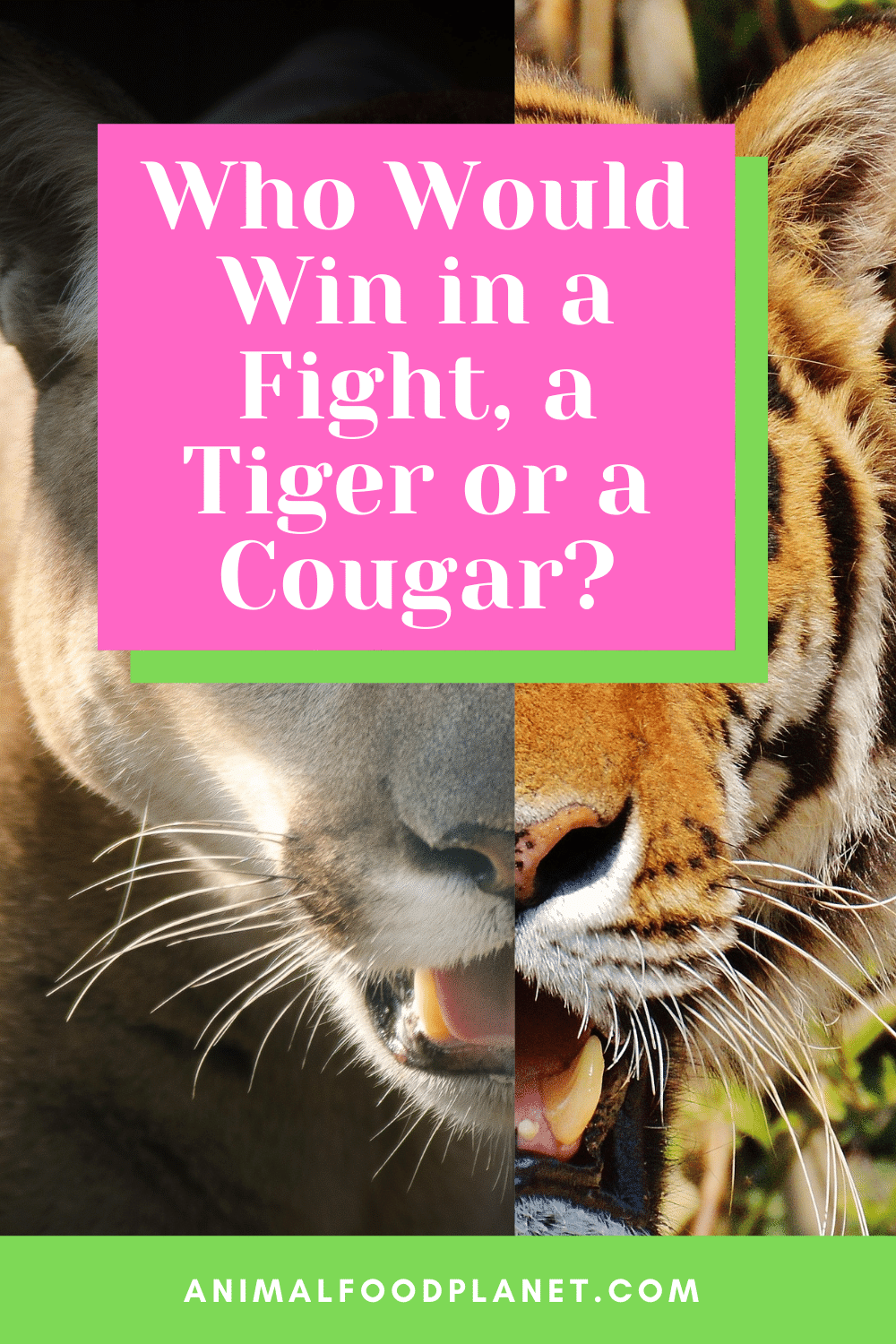 Who would win in a fight, a tiger or a cougar?

Tigers are large cats and are commonly known as The King of the Jungle. Most species are orange with black stripes. This provides them with camouflage, which allows them to ambush prey.

Panthera tigris is the tiger’s scientific name. They are in the Felidae family. 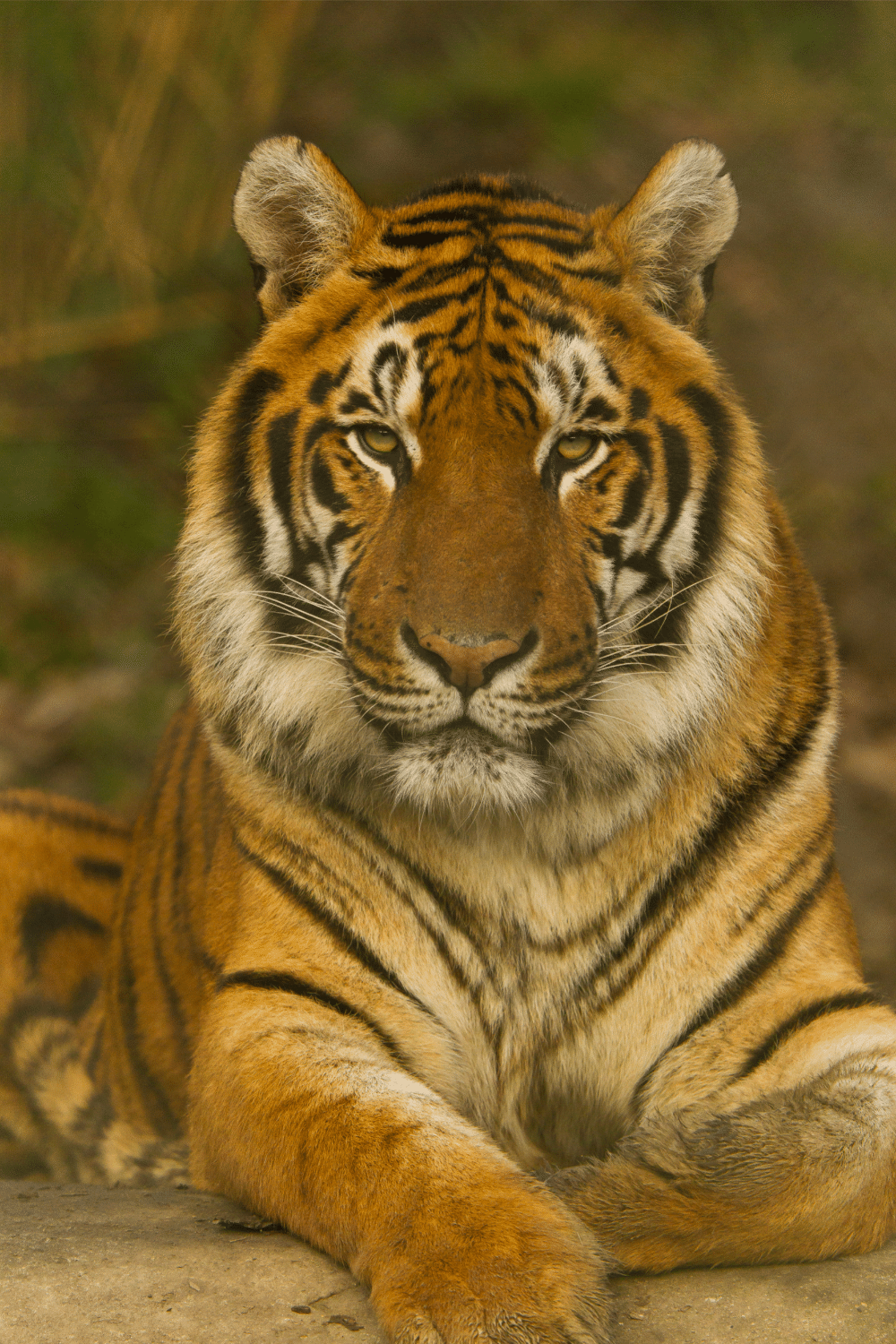 Tiger The King Of The Jungle

A tiger’s bite force is the strongest of any cat, at 1,050 psi. This is nearly twice as strong as the bite of a lion. Its teeth are about 4 inches long. They are also razor-sharp.

Its paws are another weapon. A tiger’s paw can reach 8 inches by 8 inches. Its powerful legs can deliver 10,000 pounds of force when it strikes with its paw.

Each paw has four claws that can reach 4 inches in length. They also have a specialized dewclaw. Their legs also allow them to run up to 40 mph and jump 16 feet high. 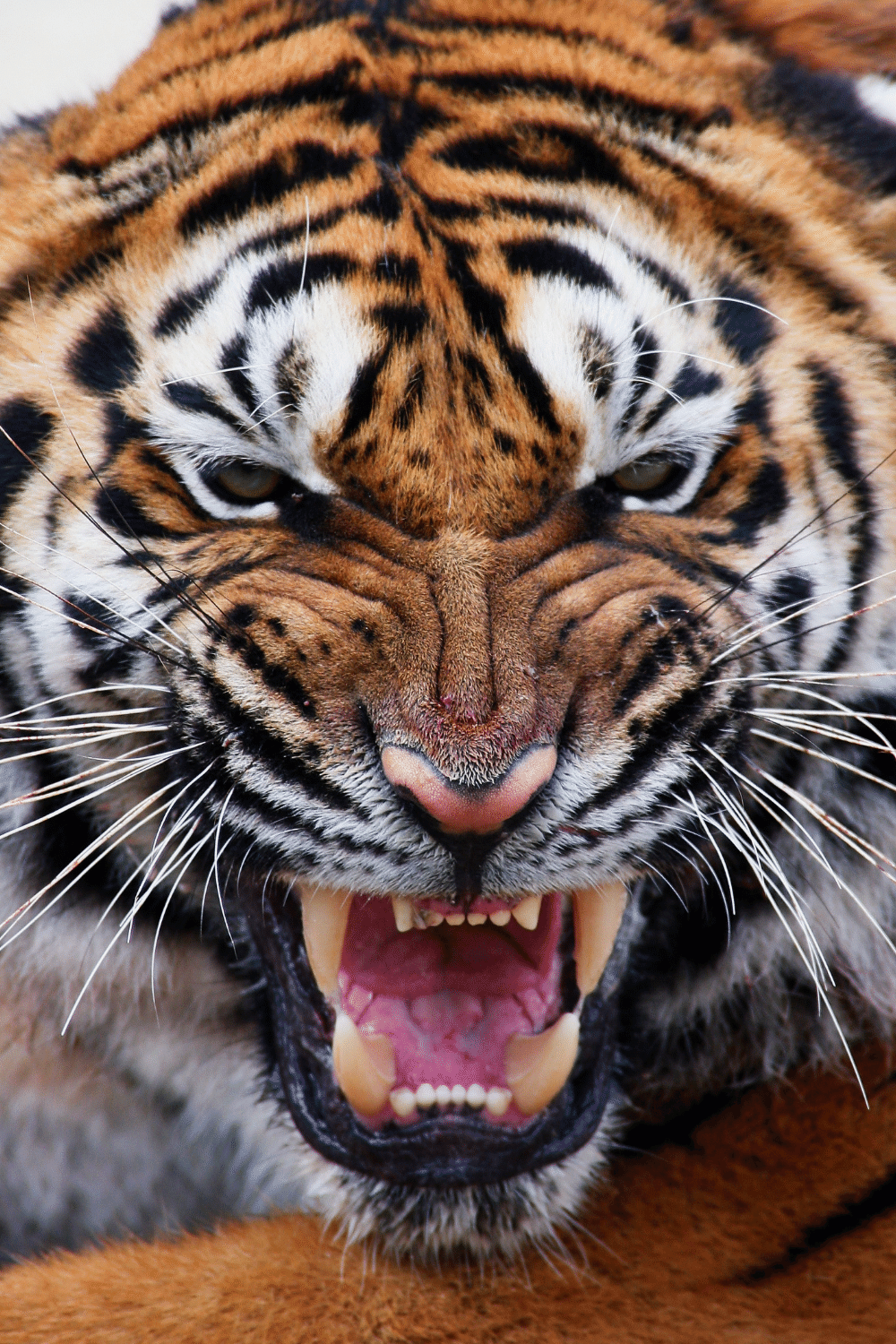 Tiger’s Bite Force Is The Strongest Of Any Cat

The tiger is also the largest big cat in terms of size and weight. The largest species is the Siberian tiger. It can reach 12 feet in length from nose to tail.

A tiger’s weight can vary greatly based on species and individual characteristics. Adult tigers have weights ranging from 143 to 683 pounds. 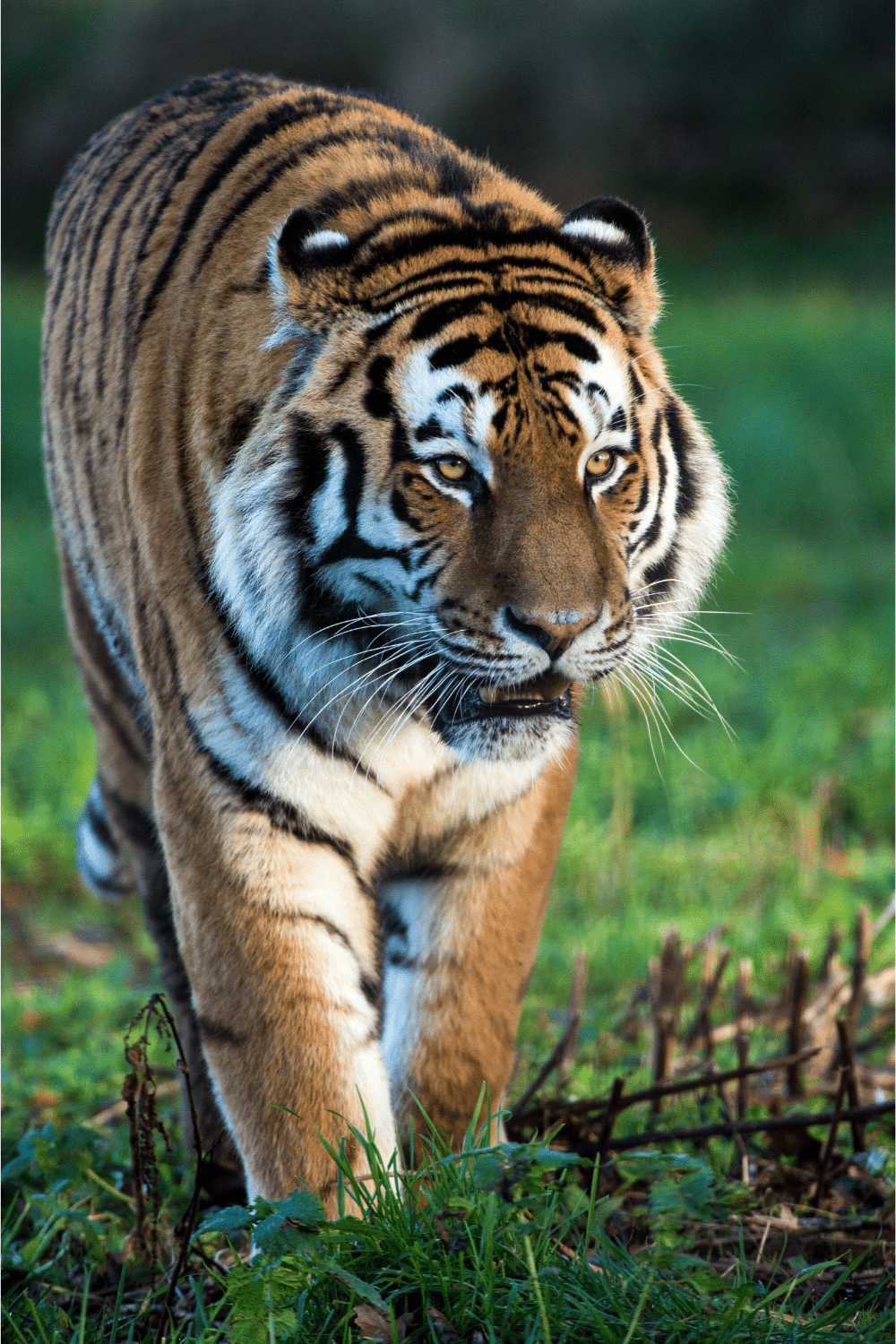 The largest Species Is The Siberian Tiger

The cougar is also a formidable predator. Ironically, the cougar is the only large cat that can’t roar. Instead, it purrs like a domestic housecat. It goes by a few other names as well. It’s known as a panther, puma, mountain lion, and catamount.

Its scientific name is Puma concolor. Like the tiger, they are a member of the Felidae family. 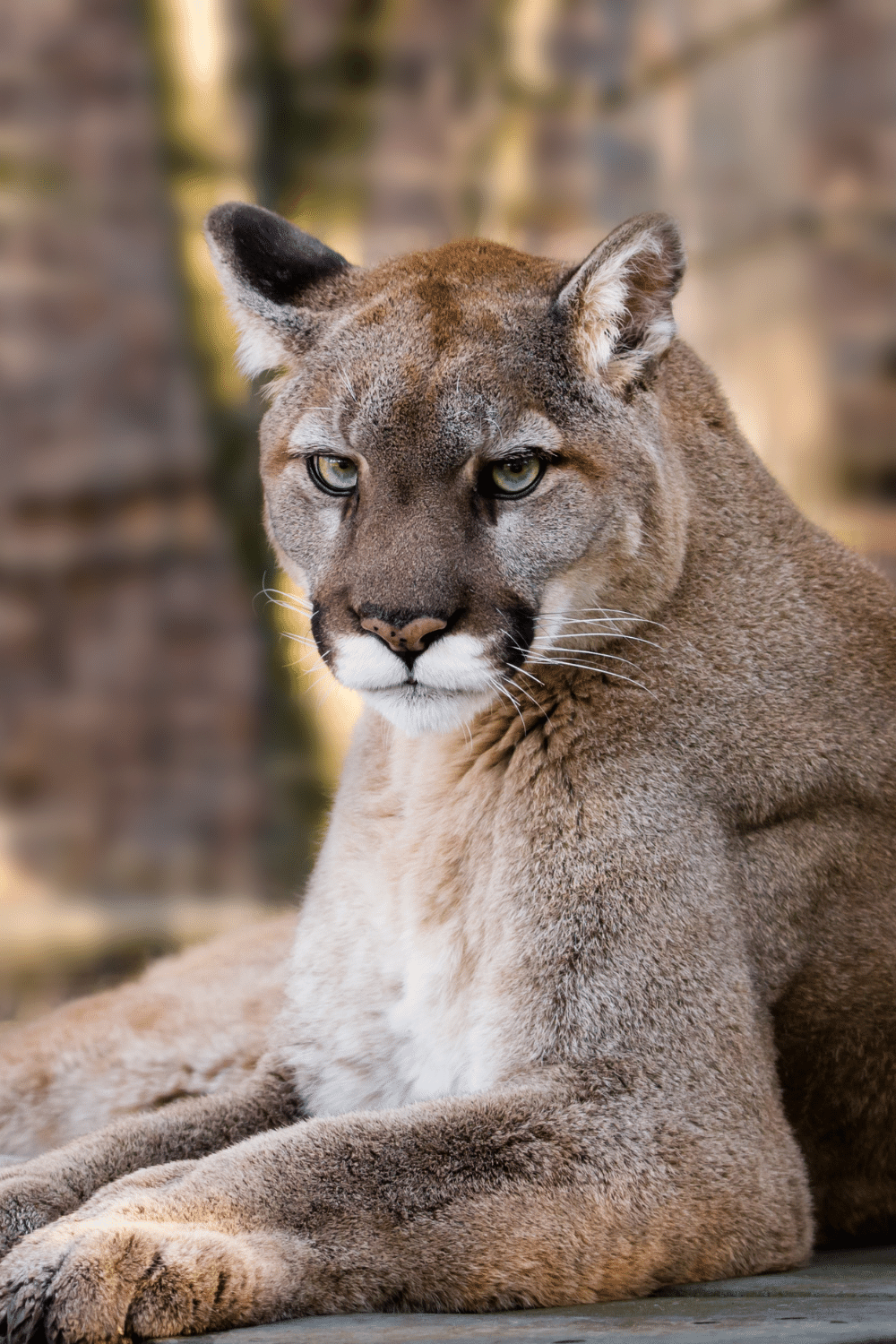 Cougar Known As A Panther, Puma, Mountain Lion, And Catamount

A cougar’s bite comes in at 350 psi. Though it’s not much, it’s still enough to crush bones and skulls.

The cougar’s claws and teeth are each about 2 inches long. They aren’t as long as a tiger, but they are still formidable. 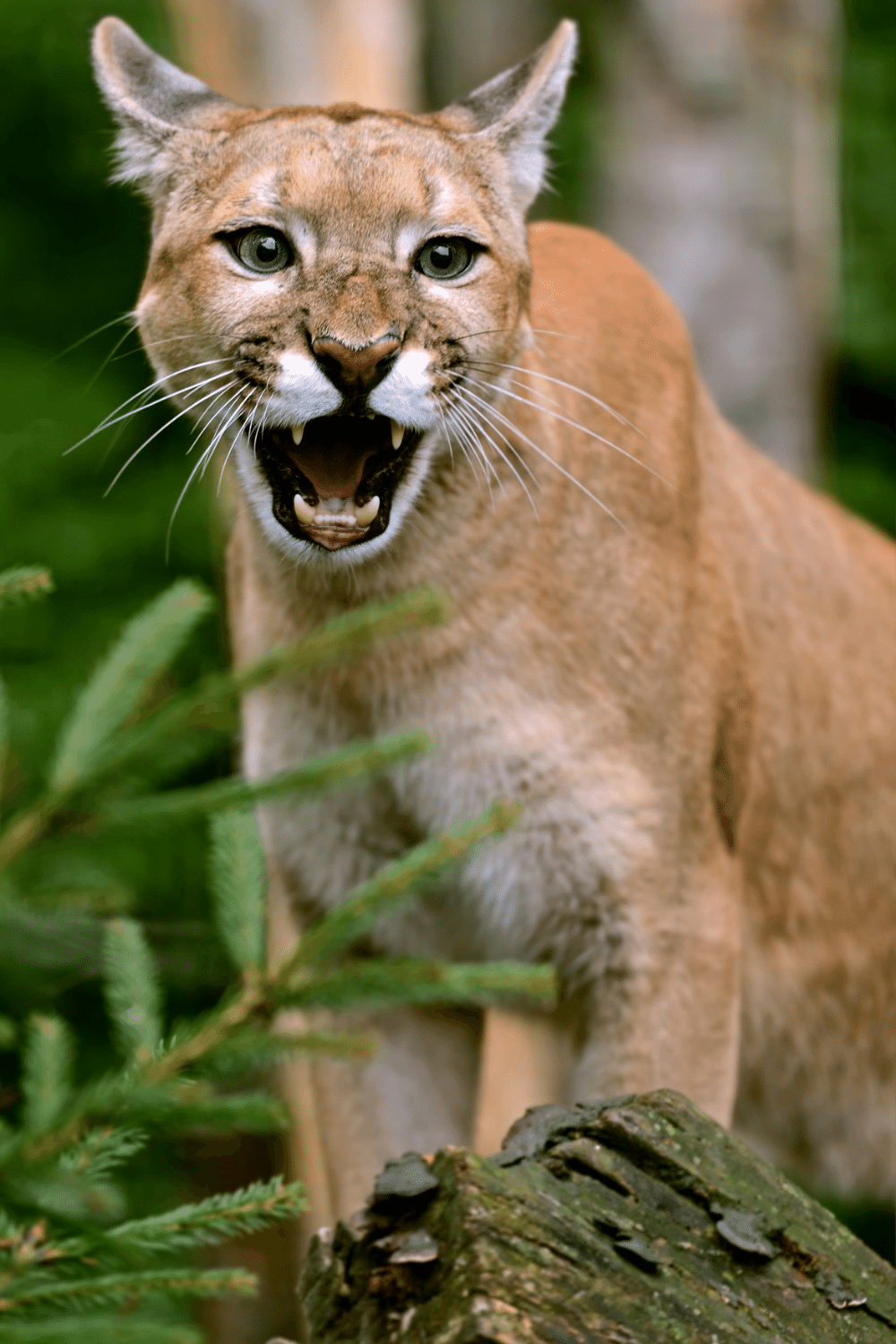 Cougar’s Claws And Teeth Are About 2 Inches Long

The cougar is the second largest cat in North America and is found throughout both North and South America. Their bodies are slender and agile. A male can weigh up to 150 pounds, while females weigh in at 100 pounds.

This is much smaller than most tigers and slightly smaller than the smallest tiger species. They grow to 5-9 feet in length. 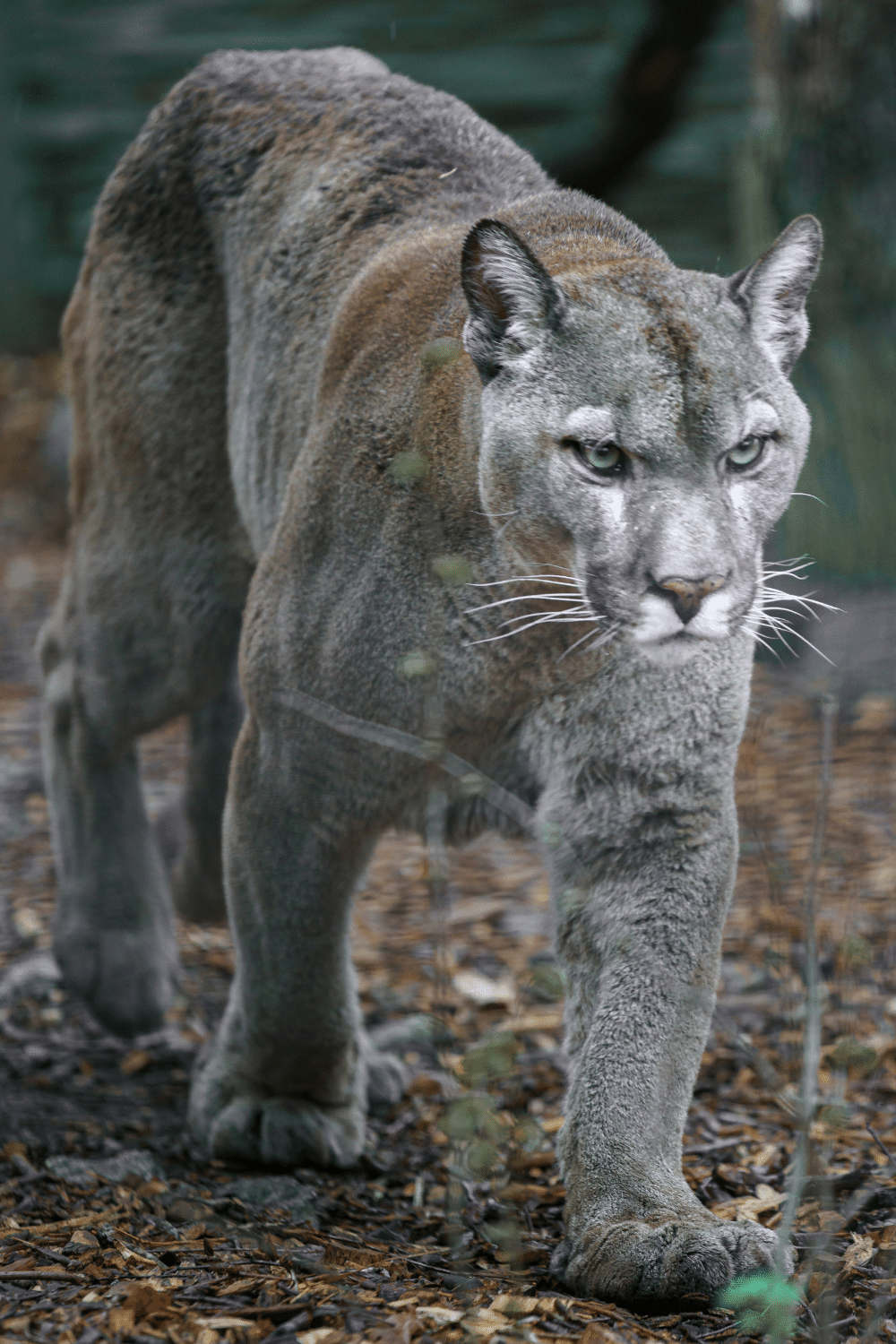 Cougar Is The Second Largest Cat In North America

Now that we know a bit about tigers and cougars, let’s see how they fare in a head-to-head comparison.

The tiger wins out in terms of claws and teeth. The tiger has a much more powerful bite, longer teeth, and long claws.

A tiger’s claws and teeth are about twice as long as the cougars. However, this isn’t as significant an advantage as it may seem. When it comes to teeth, claws, and bite force, both have enough to inflict serious damage to each other. 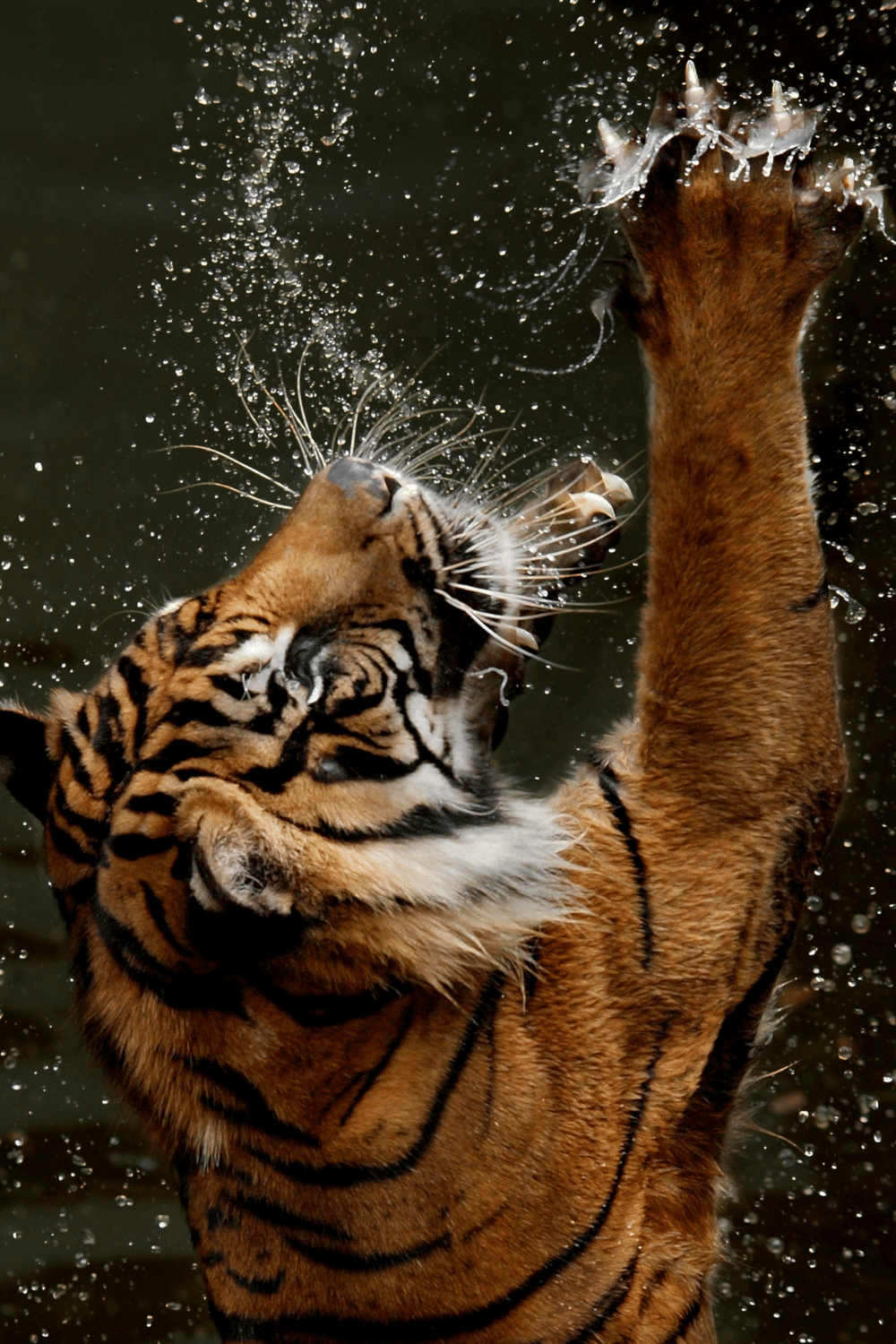 Tiger Wins Out In Terms Of Claws And Teeth

Tigers are also bigger. Most tigers are around 10-11 feet in length. Most are between 2.6-and 3.6 feet tall at the shoulder.

Cougars aren’t smaller when it comes to size. The average cougar is between 2-and 3 feet tall at the shoulder. They grow to 5-9 feet in length, which is again slightly smaller than the average tiger.

However, tigers do have a large weight advantage. It’s common for a tiger to weigh 500 pounds or more. Cougars only reach about 150 pounds at their largest.

When considering how they perform in a fight, it’s also wise to consider their aggressiveness.

Tigers will commonly fight with other dangerous animals. They tangle with the occasional bear and lion. Cougars would not be a match for these large predators, and usually, avoid confrontations with bears.

Both tigers and cougars are known to attack humans. However, tiger attacks are much more common as tigers are more aggressive.

Tigers attack about 40-50 people each year. Cougar attacks are rare, with only 100 deaths accounted for in the last 100 years.

The tiger is the clear winner in regards to aggressiveness, which gives them a fighting edge.

Tigers and cougars are typically ambushed, predators. Tigers do have a superior sense of smell compared to cougars.

Tigers typically lunge at their prey, attacking the prey’s neck with their powerful teeth and jaws. Suffocation is the typical cause of death, but it’s also possible for the prey to bleed to death.

Cougars also lunge and attack their prey, going for the back of the neck, which severs the spinal cord.

And the Winner Is…

Ultimately, the tiger’s the clear winner of this battle, but the cougar is not completely a lost cause. Even if a cougar manages to get the first strike, it may not be able to deliver a fatal bite.

A tiger’s neck is much stronger than that of a deer. It’s possible that the cougar’s bite isn’t strong enough to break a tiger’s spinal cord.

If the tiger doesn’t deliver a fatal blow immediately, it may walk away with some injuries, but it will win the battle.

Who Would Win When a Tiger and a Lion Fight?

A single lion would stand little chance against a tiger. Tigers are bigger and more powerful. However, lions typically live in packs. Several lions would win in a fight against a lone tiger.

Can a Mountain Lion Win Against a Jaguar?

Cougars and jaguars often have overlapping territories. The jaguar weighs more than the cougar, but the cougar is larger. Jaguars have a stronger bite force than cougars. Jaguars are also faster than mountain lions. Jaguars are the winner here, but they are pretty evenly matched.

Can a Tiger Kill a Crocodile?


Wrapping Up Cougar vs. Tiger

Cougars and tigers are both magnificent predators. Tigers would likely win in a heads-up battle, due to their larger size and stronger bite force. They also have larger claws and teeth than cougars.