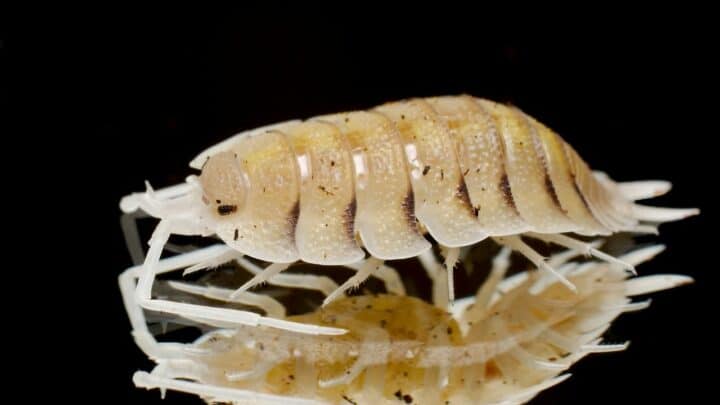 While isopods may look like something that comes out of nightmares, they have mild behavioral traits. Isopod behavior in a social sense allows humans to handle them without experiencing aggression.

They like to gather in groups, even when eating, isopods are very social. When it comes to isopods’ genetic behavior as they adhere to their environment, they are a species driven by moisture and decay.

Contrary to how they look, isopods aren’t aggressive creatures. They’re more on the defensive side, either curling up or getting close to each other when they’re in danger. They love staying in dark and moist environments. If they need to switch habitats, they usually group together to avoid drying up.

Isopod Behavior In Relation To Their Environments

First and foremost, you need to look at the behavioral aspects that an isopod displays in relation to its environment. This provides more information than one may think.

Isopods create their pathways due to the detection of temperature, light, and humidity.

One of the ways in which this is measured is through a sense of urgency or desire.

Because they require significant conditions that foster moisture, they are more likely to be observed moving quickly when in dry environments. This is because they biologically know that they need moisture and the safety of darkness to survive.

As a result of their awareness of conditions becoming less favorable, many times isopods can be found in large numbers.

They frequently roll up in their defensive position, curling up and getting as close to each other as possible, to provide moisture to one another.

In a reaction to the predators in their environments, isopods turn to social gatherings. Isopods use their exoskeletons as security, curling up into tight balls.

In a prey situation, if the predator is not bigger than them, they are safe. When there is a risk of attack, strength in numbers is a behavior that isopods exhibit.

The Isopod Behavioral Response Toward Temperatures

Isopods react in a way that their motivational behavior changes in relation to temperature.

At higher temperatures, the isopod is less likely to move at a quick pace. It is retaining energy to get to a safe spot.

On the other hand, in cooler temperatures, isopods are able to travel greater distances in search of food or shelter at a faster rate.

The Socialization Structures Of Isopods

Isopods are not soul-independent creatures. They rely on socialization and gathering.

In a situation where they might be in danger of a lack of moisture, huddling together protects the isopods on a larger scale.

Isopods exhibit interesting behaviors that aren’t fully understood. Both terrestrial and aquatic isopods have large gatherings. There are no one-time events.

The frequency of social gatherings and their lack of aggression while in large groups portrays how badly this species reacts. This is something you should note for captivity.

For the socialization benefits of the isopod, if planning to have them as a pet, have multiple ones living within the same terrarium.

While many species show aggression when feeding at the same time. Isopods can feed on the same organic material without a negative reaction to those around them.

While isopods either completely devour decomposing organic plant material or strip dead animals to the bone, aggression does not break out.

Isopods also experience a boom in feeding activity when temperatures in both land and water are increased.

As it takes them more energy to move towards safety when it is hot and drying out, consuming more organic material can act as fuel.

How Isopods Interact With Other Species

Isopods, like some deep water species, rarely attack living prey. Even when they do, there are types of fish that are smaller than the isopods and slow-moving.

Terrestrial isopods do not bite or sting humans. Depending on their size, they do have the possibility of scratching with their legs.

Terminal isopods are such mild creatures that they have become popular pets. If they are provided with proper living conditions, such as moisture and shaded rich enclosures, they can flourish.

When selecting aquatic isopods, we make great additions to aquariums. They do not require a lot of space and bear no threat to the other aquatic life inside.

Frequently Asked Questions About the Behavior of Isopods

What is the temperament of isopods?

Isopods are not aggressive. When threatened, they have a defensive response. As they do not show aggression or pose a danger, they can be handled by humans. Isopods have also become a popular pet in recent years.

What conditions do isopods prefer to live in?

Isopods like to stick to their roots, so to speak. They prefer to live in environments that foster moisture and decay. This not only benefits their need for humidity and darkness but also gives them a viable food source.

Can they be left alone?

When examining the behavior of a species, it is important to take into account if they can function as solitary creatures. While isopods may be alone for a majority of their lives, social gatherings are an important part of their infrastructure.

Isopods may be a vast species that, with so many varieties, do not resemble each other or live in the same environments.

When it comes down to it, the behavioral markup of isopods as a whole is very similar. 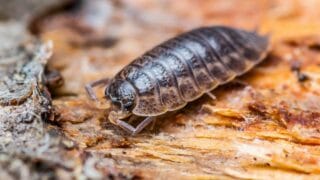 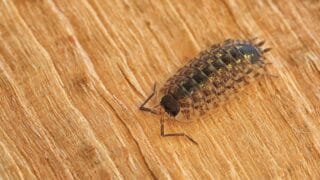 Next
Why Isopods Prefer Dark Environments — The Answer!

[…] Isopods are small species that consist of around 10,000 species that are either aquatic or terrestrial. You’ve more than likely come across terrestrial isopods in your life. […]