Also referred to as roly-polies or sowbugs, these tiny, armored chewing machines subsist on a diet of rotting plants and animals, or really anything of the sort that they can get their mandibles on.

Have you ever wondered how isopods eat?

Isopods have 1 pair each of maxillipeds and mandibles. Maxillipeds are leg-like appendages functioning as mouthparts. Their mandibles (jaws) comprise of the palps (provide sensory information about taste and touch) and lacinia mobilis (moveable spine-like appendages that move like teeth), allowing isopods to chew and feed.

What Happens When Isopods Eat

While they might seem like tiny insects in more ways than one, isopods actually form part of the crustacean family, and indeed, their mouthparts are similarly constructed.

When they come across a tasty snack, be it a decaying leaf or a bit of rotting wood, they use their maxillipeds like tiny arms to pass a piece of it to their mouths.

From there, they register information about taste from their palps and employ their mandibles to bite, fragment, and chew.

As with most animals, food passes through their digestive systems, providing them with nutrients and moisture before exiting their bodies in the form of droppings. 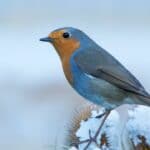 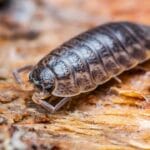 Considered “recyclers,” isopods do their bit for the ecosystem by chowing down on decaying plant and animal matter, digesting it, and returning it to the earth as a nutrient-rich additive to soil.

How Isopods Digest their Food

When an isopod eats, food is passed through its esophagus and into its stomach through a process known as peristalsis.

Peristalsis, in this case, refers to the contraction and relaxation of muscles so that matter can be propelled into the isopod’s belly.

From here, whatever they have eaten is processed and detoxified.

The stomachs of most isopod species consist of a dorsal groove and caeca, the latter of which is a bit like a large intestine.

Indigestible foods are channeled into an isopod’s dorsal groove, whereas beneficial digestion and absorption occur in the caeca.

Whatever’s left, which, generally speaking, is that which the isopod could not digest, is passed through its hindgut as droppings.

And here’s a fun fact: it’s not unusual for isopods to feed on their own droppings. They are, after all, packed to the brim with nutrients.

Isopods are detritivores, which means that they feed on dead and decomposing organic material that they come across while scavenging, such as plant waste and dead insects.

Consequently, they do not have prey, but rather serve as a type of ecological clean-up crew, generally settling themselves in areas where food is abundant.

This includes places such as compost heaps, piles of decaying leaves, or under damp tree bark.

Or, in the case of aquatic isopods, you’ll likely find them hanging around submerged rocks or logs rich in algae or moss.

Plant-based food is most important for isopods, as it is rich in calcium and other nutrients that they need to survive.

In vivariums, isopods should have access to plenty of fallen leaves and deadwood.

To supplement their diets, they can be offered small quantities of vegetables and fruits such as carrots, zucchinis, sweet potatoes, or apples. Ensure these foods are washed and peeled so as not to unintentionally feed your isopods pesticides.

For protein replacement, isopods like to snack on fish pellets, dried river shrimp, or shrimp tails.

From time to time, aquarium isopods may feed on live plants, so having a few extras in your fish tank won’t hurt.

That being said, isopods don’t eat very much. They’re small, and so are their appetites.

While it’s good for them to have access to food at all times, too much moldy food in their tanks can cause them harm.

How much should I feed my isopods?

There is no exact science for feeding isopods, but it is best to err on the side of less versus more. To figure out what a good portion size for your isopods is, you will need to experiment. Start by offering them small portions every three days, and note how much they eat and how quickly they eradicate their food supply.

Can I make my own leaf litter?

It is possible to make leaf litter by boiling or soaking leaves in hot water before baking them for 20 to 30 minutes. However, this can be potentially hazardous, so if you’re in a position to do so, simply purchase some already processed leaf litter from a local supplier.

Isopods can bite, although they are unlikely to do any real damage to a human. Their mandibles are broad and strong, but their mouths are tiny. Therefore, even if they do happen to take a bite at you, you might not even feel it.

Their miniature stature aside, isopods are remarkably complex creatures uniquely designed to serve their purpose in the world.

To the unknowing audience, they probably seem like just another bug, but there is, in fact, a type of magic to their biological design that speaks to their longevity on the planet.

For thousands of years, isopods have quietly been cleaning away at the earth, and they will more than likely continue to do so for many thousands more.