Owning an exotic animal is quite something, and you can legally own a hyena in states like Nevada, Arkansas, Alabama, and Oklahoma. There is also something quite exciting about domesticating wild animals and keeping them as pets.

Every now and again I watch the news and documentaries about pet owners that have quite interesting pets.

I then started to wonder, since hyenas look quite similar to dogs, would they make a good pet? Or would the risk be too great?

While my 7-year-old thinks they are really cute animals (and hyenas are intelligent too), I’m not quite so sure, so I set out to find some answers. Here’s what I learned.

Can You Keep a Hyena as a Pet?

Hyenas are dangerous and it isn’t legal to own one as an exotic pet in most states in the U.S. So while you can technically keep a hyena as a pet, it needs specific care, food, and habitat requirements that are costly, plus taming a hyena is time-consuming and not always possible.

A Pet Hyena: Yes or No

When considering whether a hyena should be kept as a pet or not, I looked at several factors.

What makes a good pet?

For me, an animal that makes a good pet is something that is trainable and smart. I need to be able to properly house the animal.

Food should be easy to find (and affordable!). Ideally, a good pet is an animal that’s a great cohabitant — I can share my space with my animal bestie with ease.

They can keep me company.

Do hyenas fit the bill?

Found in the desert, mountains, jungles, and grasslands of Asia and Africa, there are 4 types of hyenas: 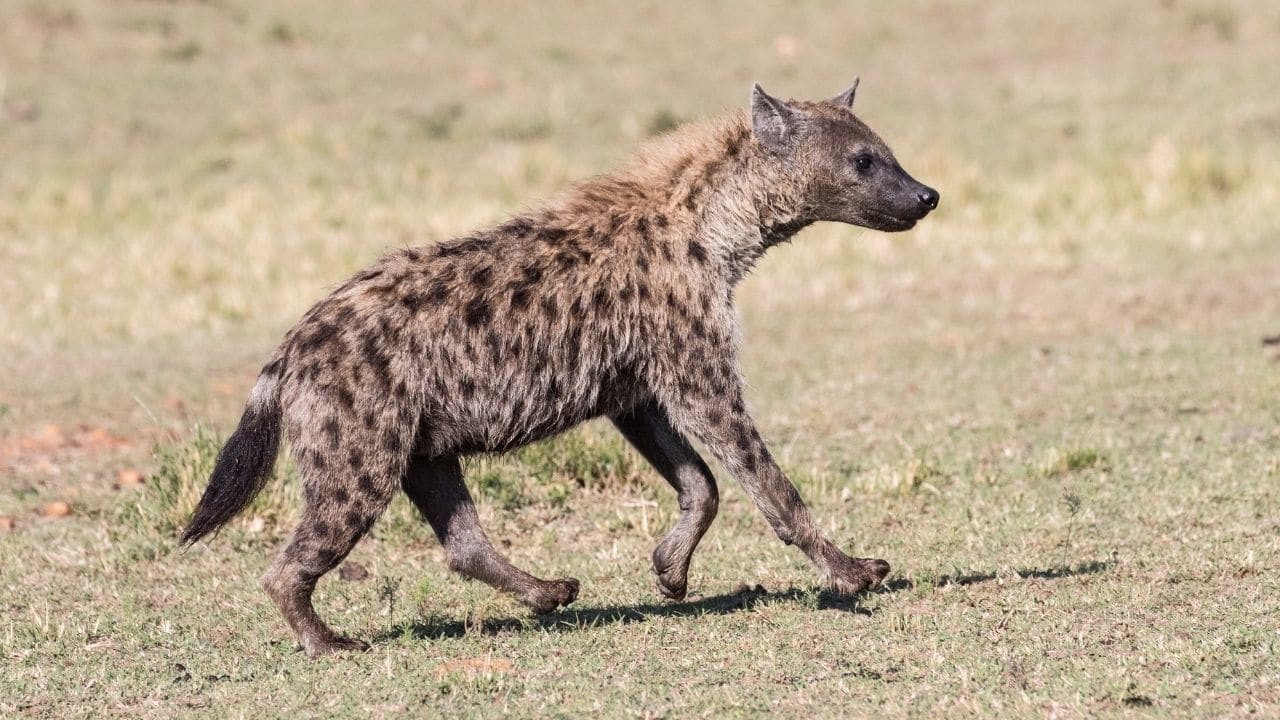 These hyenas have black spots on their fur and they have a powerful bite.

They are the largest of the hyenas and the most common type. 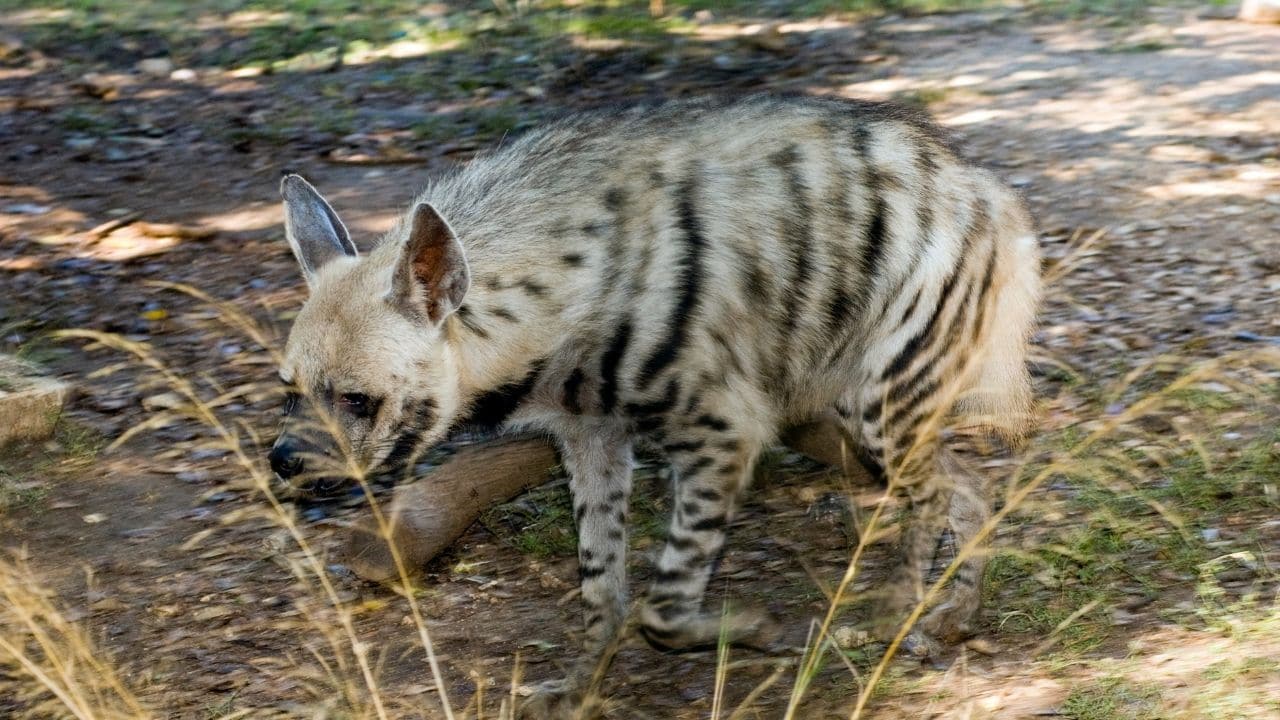 These hyenas are the smallest of the hyenas and they enjoy hunting animals, especially larger prey such as deer.

The aardwolf looks like a fox, has a long neck and long, pointed ears. 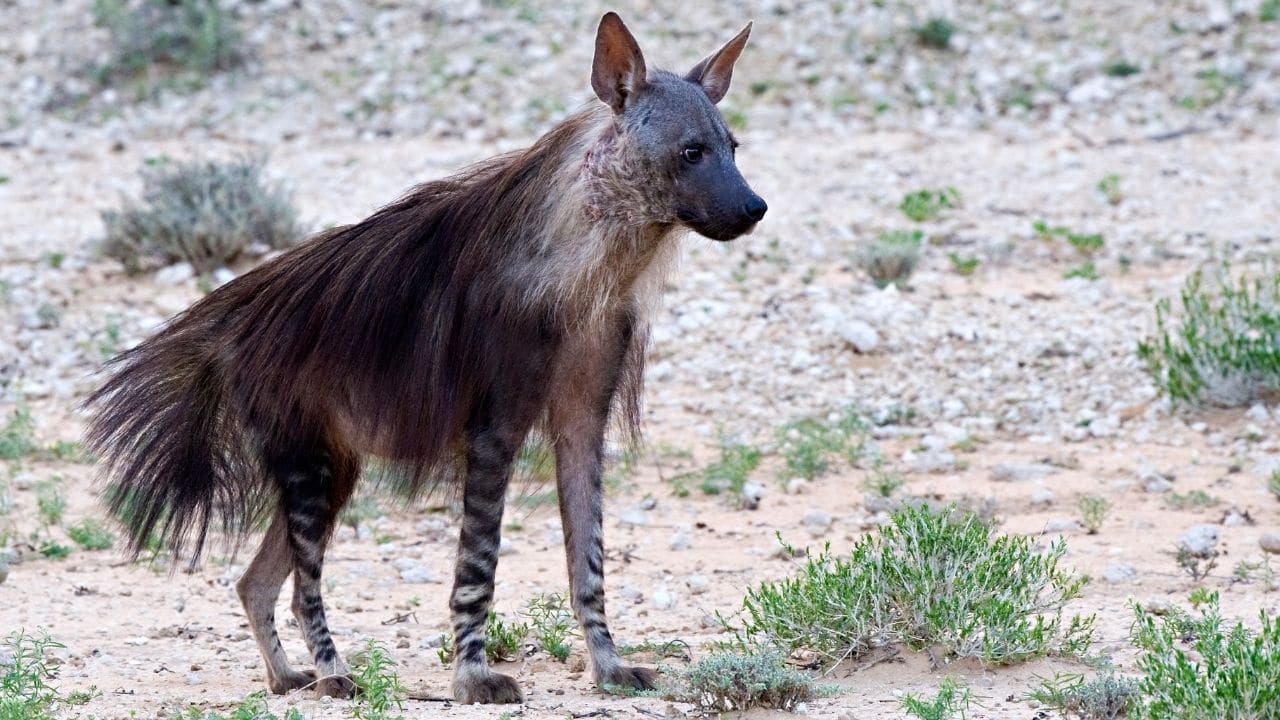 A hyena is a predator and while they hunt, they are also scavenger animals. The females specifically are dominant and more aggressive since they want and need to protect their cubs.

Hyenas are territorial animals, and they don’t like strangers where they live and consider as their space.

They have a very strong sense of smell and hyenas can easily pick up the scent of their prey, making these predator animals dangerous.

Even if you do keep a hyena as a pet, its true nature should always be in the forefront of your mind, whether you are playing with a cub or a mature hyena. They remain a threat since they are strong and big.

The Strength of a Hyena

A hyena is a strong animal. Partially, this is creditable to their size.

The bite strength or force of a hyena is 1,100 pounds per square inch (PSI). I learned that a human’s PSI is merely 162.

So a hyena has tremendous jaw strength, which is more powerful than that of lions (650 PSI) or tigers (1,050 PSI). With this bite strength, a spotted hyena can crush the bones of large prey like rhinos, wildebeests, and cape buffalos.

I also learned that a hyena can eat the whole of its prey, leaving no bones.

The different types of hyenas live in different natural habitats. From a documentary I watched, brown hyenas are found in Southern Africa, while aardwolves live all over Africa, depending on their subspecies.

Striped hyenas can be found in Asia, the Middle East, and north and northeastern Africa. The spotted hyena lives in the Southern Sahara desert.

If you do keep a hyena as a pet, you’ll need an enclosure that measures 200 square feet, and the fence or wall should be 6 feet high.

In the wild, these animals are predators and hunters. Hyenas hunt in groups called a clan or cackle (a nod to the laugh of a hyena).

Only aardwolves eat insects; all the other types of hyenas are carnivores, consuming up to 15 pounds of meat per day.

While brown, striped, and spotted hyenas are known for scavenging meat from the prey other predators killed, they also hunt and kill foxes, porcupines, fish, snakes, lizards, jackals, hippos, antelope, and birds, and eat eggs.

What grossed me out a bit was learning that hyenas store their kills or leftovers in watering holes since they don’t like wasting food.

They eat all of the prey animals, and by all, I mean all. Skin, meat, intestines, hooves, bones, you name it.

Frequently Asked Questions about Keeping a Hyena as a Pet

Can you domesticate a hyena?

A striped hyena can be pretty easy to tame and can be trained — over a long period of time. This is easier and slightly less dangerous if they are young compared to mature adults. In general, however, you can’t really domesticate a hyena as this is a process of genetic modification that takes hundreds of years of selective breeding.

Can a hyena kill you?

Hyenas are dangerous animals, especially in packs, and can kill people, especially if food is scarce. Children, women, and the infirm are most vulnerable to being attacked and killed by hyenas.

What dog is closest to a hyena?

The African wild dog looks very similar to a hyena. It is the largest of the African dogs and just as dangerous as a hyena. They also live and hunt in packs.


The Ultimate Question: Can Hyenas Be Tamed

Yes, technically a hyena can be tamed, but this requires a lot of time, patience, discipline, and training. And even if your pet hyena is “tame” that doesn’t mean it is a cute and fluffy pet.

By their very nature, hyenas are predators and they are big and strong animals that can easily overpower you should they want to.

While you can legally keep a hyena as a pet in a few states, it isn’t recommended. These animals may look a bit like dogs, but they aren’t.

Their behavior and temperament are very different for normal pet animals, and their requirements to be kept in captivity are quite specific and costly.

[…] if you’re thinking if you can keep a hyena as a pet, you better think twice — or thrice for that […]