My family and I were really lucky to travel around Africa a few years ago, and while visiting the local game reserves like the Kruger National Park and the Serengeti National Park, we went on quite a few safari rides.

There is one safari ride I’ll never forget.

It was at night and we were lucky to witness a lion fighting with and killing a hyena. It was an intense fight and I wasn’t sure which animal to root for.

While the fight between these two apex predators was epic, it was what happened afterward that raised a few questions.

After killing the hyena, the lion didn’t take a lick, nip, or bite. Was this common behavior for a lion to not eat a hyena?

Only old and weak lions may eat a hyena if food is scarce. Lions don’t eat hyenas as they’re are also apex predators. Lions would much rather prey on herbivores as their meat are richer in fat and nutrients. Lastly, hyenas taste bad since they’re carnivores and eat carrion. 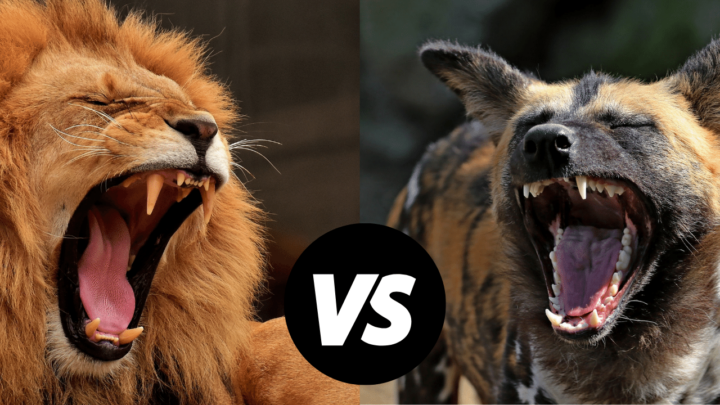 Why Lions (Not) Eat Hyenas

Generally, lions do not eat hyenas, as my safari trip showcased.

However, there are various theories about why lions don’t eat hyenas: 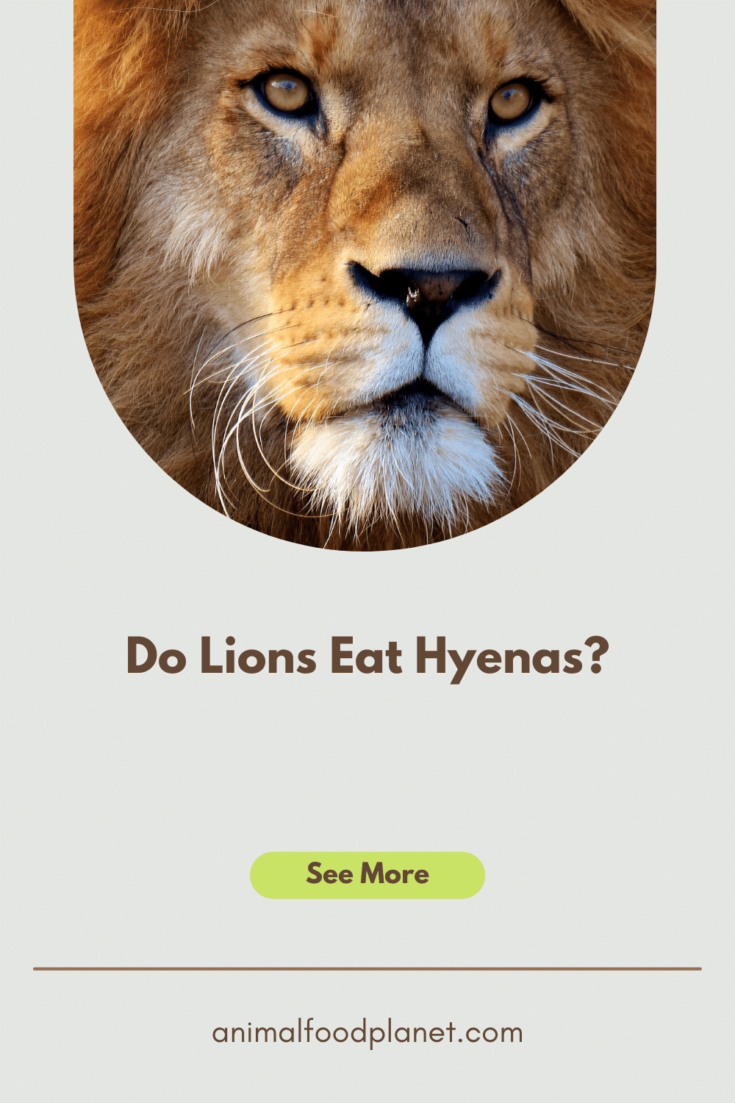 What Lions and Hyenas Eat in the Wild 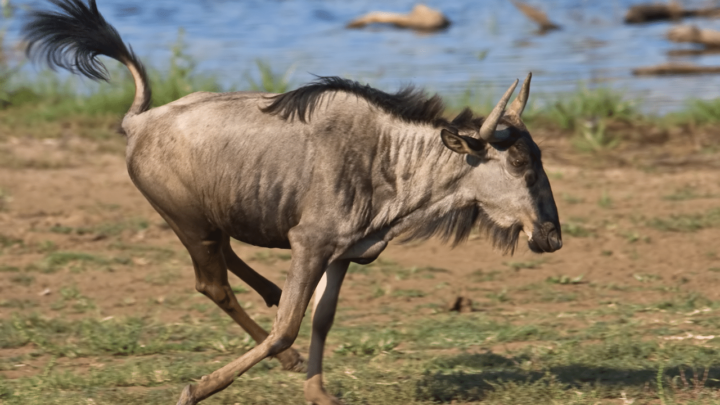 Lions Prey on Wildebeests and other Animals

Lions and hyenas (except for the aardwolf, which is an insectivore, and spotted hyena, which is also an omnivore) are carnivores, and therefore, only consume meat.

Lions hunt and kill various prey animals, from those that are medium in size to large hooved ones.

Animals that commonly land on a lion’s plate for lunch or dinner include:

On the other hand, hyenas are scavengers, often dining on leftovers, and they are skilled hunters too. Animals that fall prey to hyenas include:

Lions only eat the meat of the animals they hunt and kill, while hyenas consume everything, leaving no leftovers.

Hyenas eat meat, all other organic matter, and bones. They also feast on carrion and animal carcasses.

So, if you’re thinking if you can keep a hyena as a pet, you better think twice — or thrice for that matter.

Are Lions and Hyenas Enemies or Friends 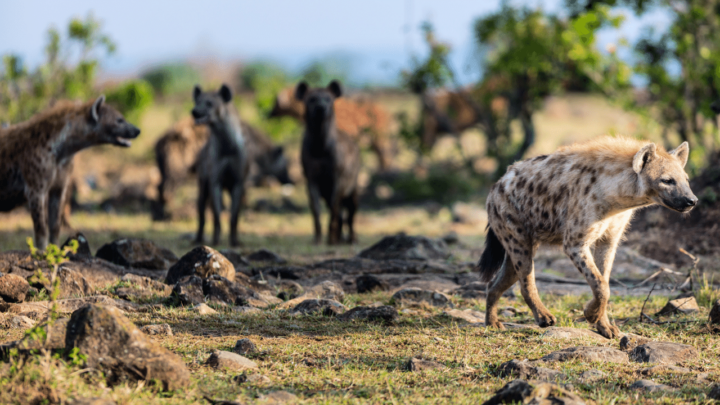 Lions and hyenas are enemies, or rather, they are competitors, competing for the same food sources and resources.

This competition fuels the animosity between the two apex predators.

If the two animals ever engage in a fight, who will win isn’t clear-cut.

If a lone lion enters hyena territory and a cackle (or clan) of hyenas decide to make a meal out of the lion, the hyenas will win.

They are intelligent animals, and they can be seen working together when hunting and killing their prey.

I’ve watched many documentaries in which this is evident.

A hyena’s bite force is also much stronger than that of a lion — 1,000 force per pound of square inch for the hyena compared to 650 PSI for a lion.

However, lions are the heavier animal. A mature lion can weigh as much as 400-420 pounds, while the maximum weight of a hyena is 190 pounds. 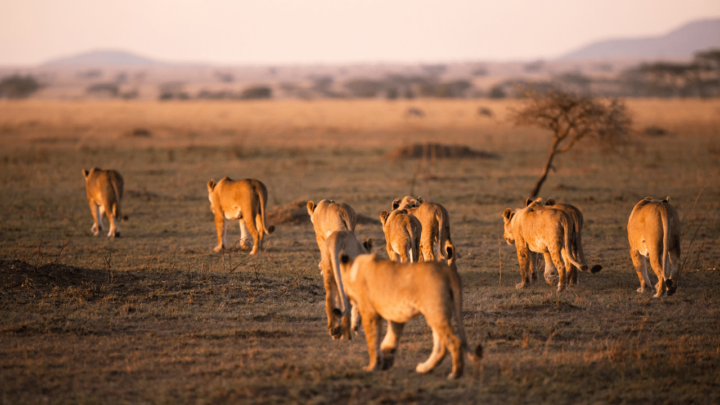 A pride of lions does not fear a hyena

So while a group of hyenas won’t just take on a pride of lions, they will try to isolate a lion from its family unit and attack the loner.

This isn’t to say the lion will go down without a fight.

Being heavier and twice the size of a spotted hyena, if the lion strikes at the hyena with a single paw, the sheer force of this blow can kill a hyena.

Even Fox News reported that one lion managed to hold off a cackle of 20 hyenas.

So once a hyena kills a lion, it’ll surely eat it, but can the same be said about when lions kill hyenas?

Lions do kill hyenas, and the lions usually kill them in an act to control their populations. Moreover, hyenas and lions compete for the same food, so when lions kill hyenas, they get rid of their competitors and ensure that there is more food for the lion pride.

Why are lions afraid of hyenas?

In general, all the big wild cats, like lions, are “afraid” of hyenas because a clan of hyenas are very aggressive and territorial. If a lone lion should be in the way of the clan, the hyenas would win and kill the lion.

Who has the stronger bite between hyenas and lions?

Unlike lions, hyenas have stronger bite force. The bite force per pound of square inch (PSI) for a lion measures at 650, while the PSI of a hyena is nearly double at 1,100. So hyenas have powerful jaws that are capable of easily crushing bone.

While hyenas would happily eat a lion that they’ve hunted and killed, or that’s been leftover because another predator got to it first, lions mostly don’t feast on hyenas.

Lions do kill hyenas for various reasons, but with tastier meat on offer from a nice fat buck, surely a lion would rather prefer to eat that?

[…] largest of all the big cats, including lions and jaguars, tigers can grow to over 13 feet in length. When fully grown, they can weigh over 500 […]