OK, so you may be wondering what birds will eat a snake. Surely, the cute little finch that perches on your windowsill wouldn’t dare to attempt eating a snake, but many birds of prey do indeed eat snakes on a regular basis.

Maybe you heard of this and are curious because you want to eliminate your own backyard snake problem.

While it is highly unlikely that you would ever adopt any of the birds on this list, there is a handful of house pets that can combat a snake infestation. But first, let’s talk about the birds…

There are several birds of prey that eat snakes, including owls, red-tailed hawks, snake eagles, laughing falcons, and secretary birds. However, chickens and turkeys are also known to combat backyard snake infestations. 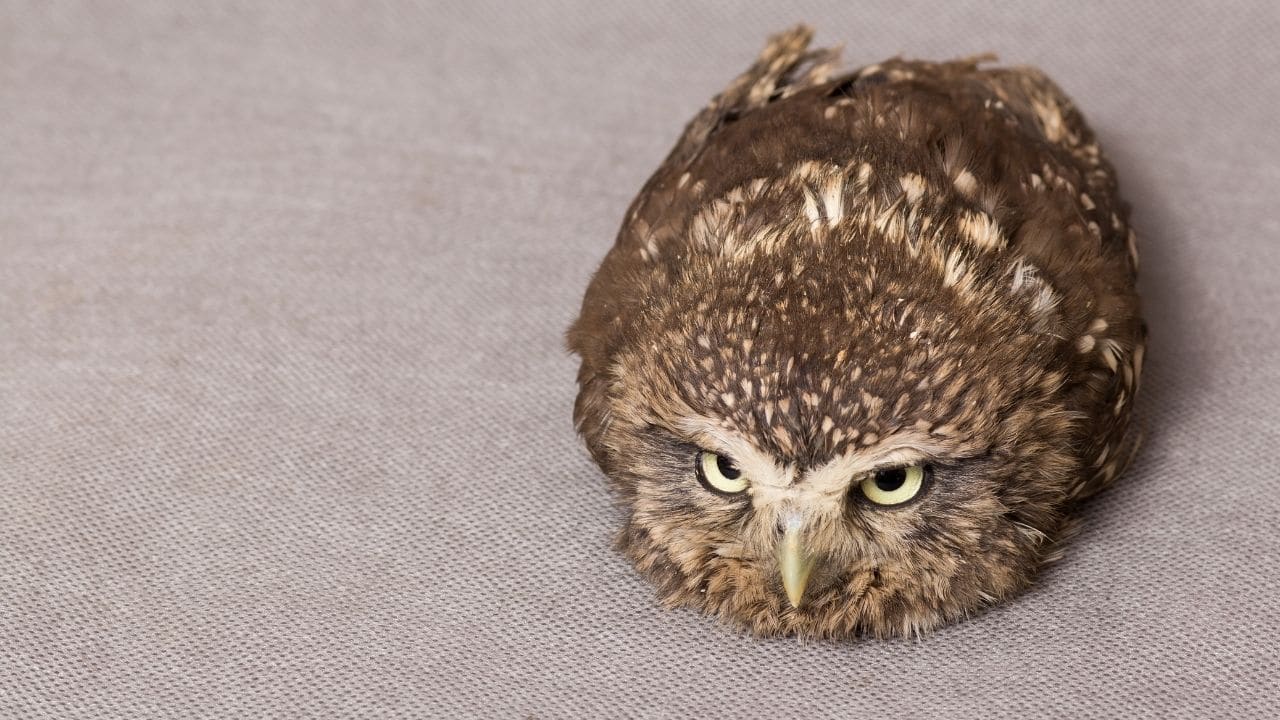 Sure, you may already be aware of this fact, but may not even think twice about it.

Owls and snakes are both nocturnal creatures that hunt at night, which gives owls an advantage over snakes, as many snake species burrow underground during the daytime. When the snakes come out at night to hunt for prey, the owls hunt them as well.

Since snakes rely so heavily upon scent to track their prey, they may never notice the owl watching them from up in the tree.

Yeah, the owl may be close enough for the snake to vaguely detect the scent of a nearby predator, but the owl will usually swoop down and snatch up the snake long before the snake has the opportunity to reach the closest hiding place. 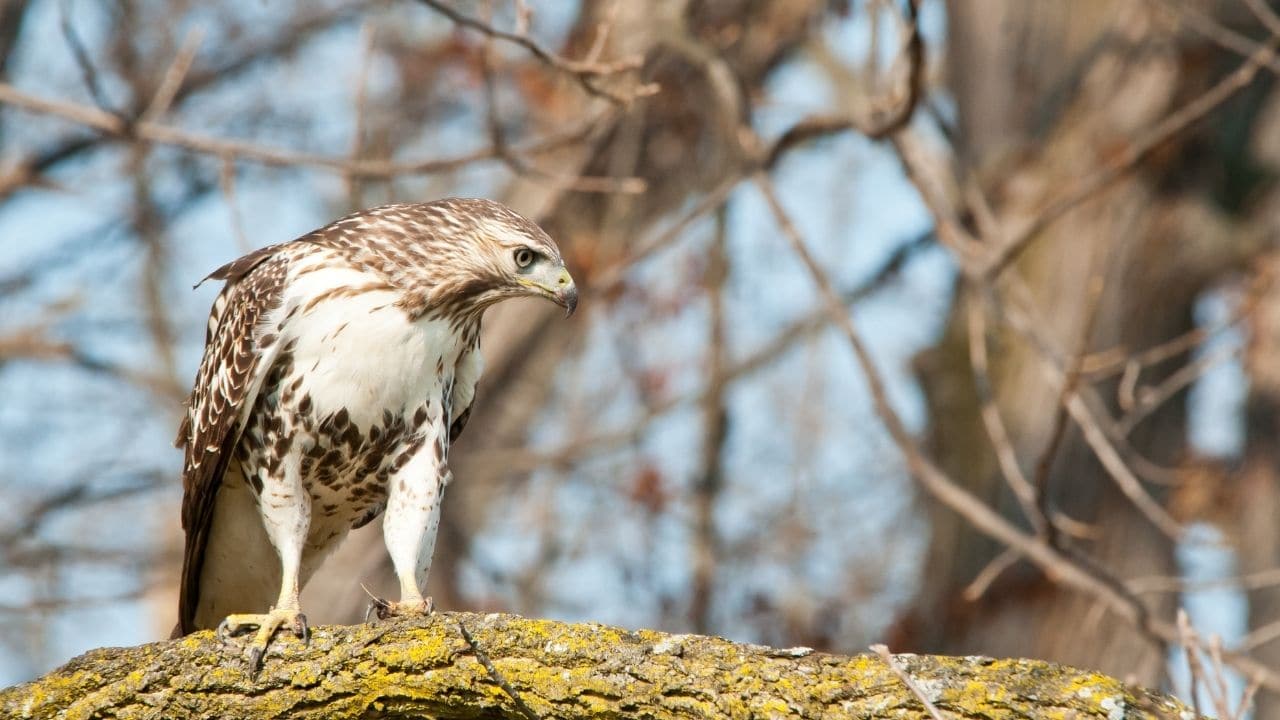 Most hawks are natural enemies of the snake, but red-tailed hawks are especially good at tracking a snake that is slithering across the ground, even while the hawk is soaring through the sky.

Red-tailed hawks have extremely good vision, which gives them the upper hand over a snake.

An owl will usually hone in on a snake while being perched on a tree branch, which gives the snake a chance of catching the owl’s scent and running for cover, but this isn’t possible when a red-tailed hawk is hunting down a snake, as hawks track their prey from the sky.

Eventually, the red-tailed hawk will swoop down and fly right over the snake, waiting for the right time to ambush its prey. Long before the snake even notices the hawk, it has swooped low enough to the ground to grab the snake and fly off into the horizon. 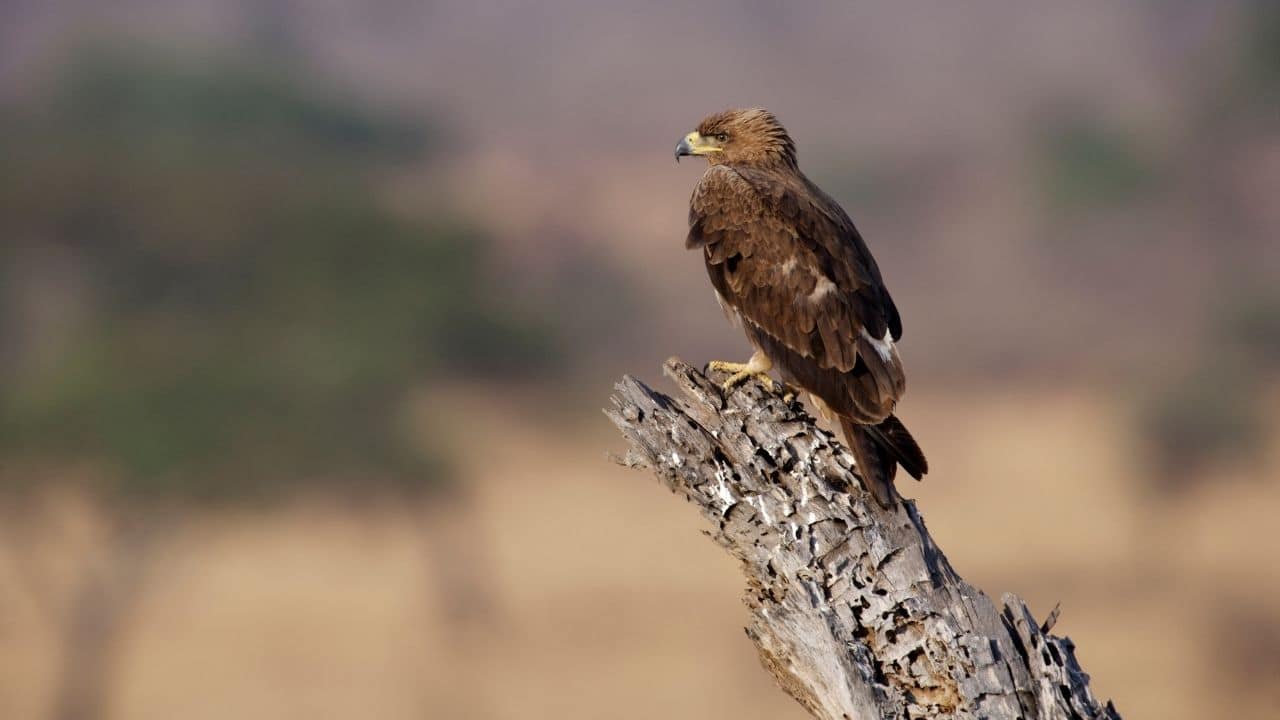 While any eagle has an advantage over a snake, simply due to its sharp beak and talons, the snake eagle specifically preys upon reptiles. Although a snake eagle will indeed eat a snake that they have captured, they thrive on the thrill of the hunt.

Once a snake eagle has spotted and tracked a snake in a similar fashion to a red-tailed hawk’s strategy, it is a done deal for the snake. The snake eagle will swoop down and grab the snake with the agility of a gymnast.

Their talons are sharp and their beaks are pointed, which gives a snake eagle an edge over the snake. After the snake has been captured by a snake eagle, there is no chance of fighting back.

The snake will be carried to a nest or nearby tree branch and devoured as dinner. 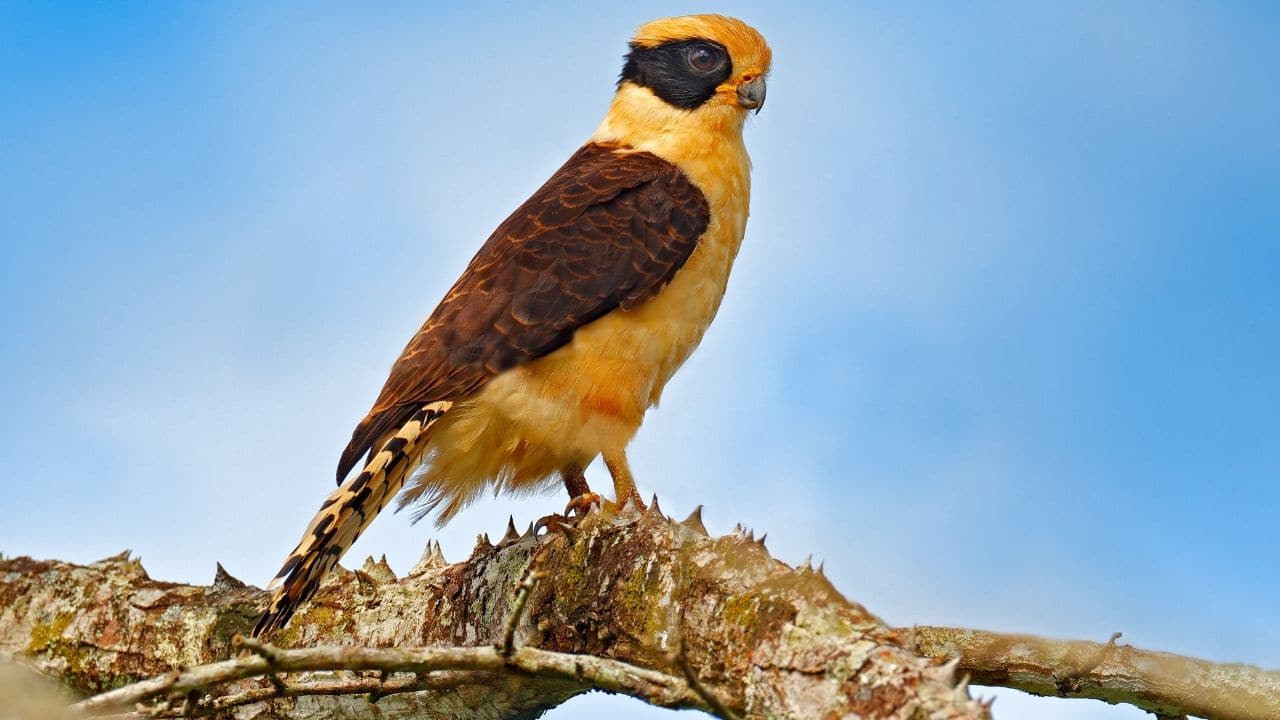 Most falcons do not hunt snakes for dinner, nor do they enjoy them as a delicacy. Although falcons have the same advantages that red-tailed hawks and snake eagles possess, these birds have very little interest in eating snakes, especially when more preferable prey is available.

The laughing falcon is the outlier from the group. Laughing falcons take pride in hunting down snakes, and can devour even the most poisonous snakes without the venom affecting them.

There have even been old legends that classified laughing falcons as being angel healers due to their tendency to kill and eat poisonous snakes that were lurking within a community and not be harmed by the venom. 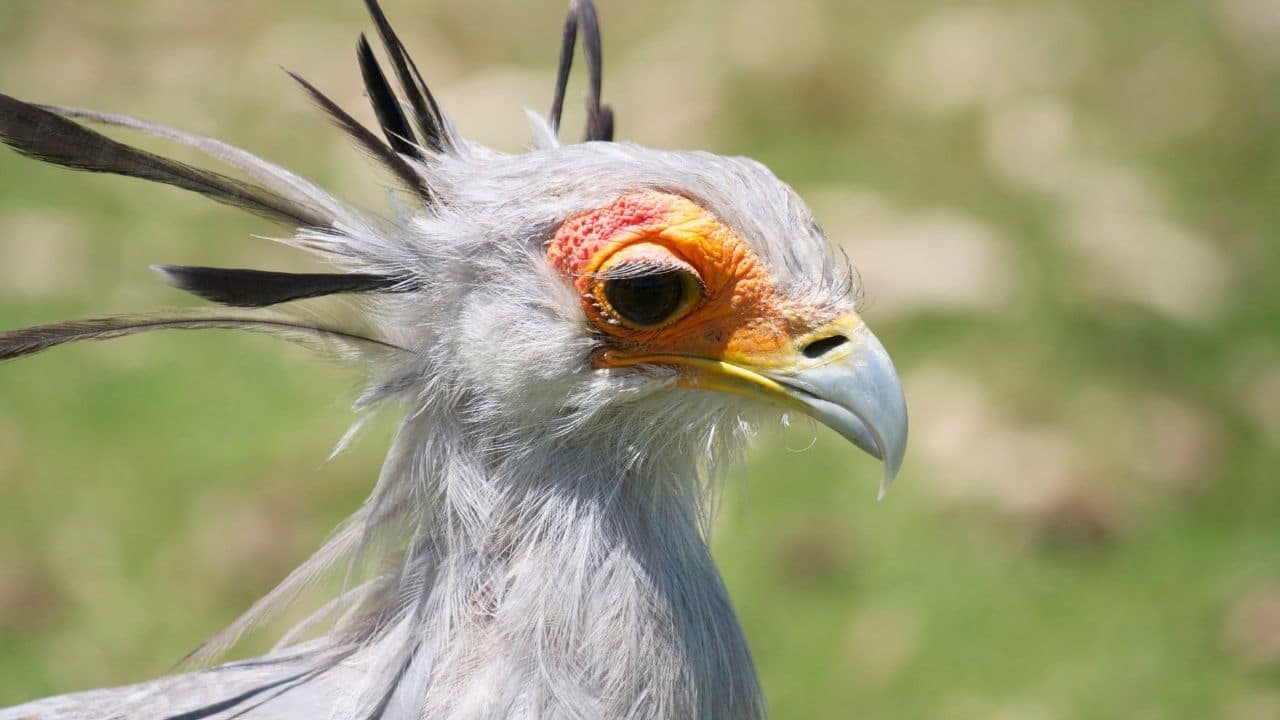 OK, so you may have never even heard of a secretary bird before, but these carnivorous birds have a very creative way of subduing their prey: they simply stomp their prey to death.

Yes, you read that correctly. While secretary birds often use this strategy against larger prey, it works very well when they use it on snakes, for obvious reasons.

After the snake has stopped moving, likely having become completely squashed, the secretary bird enjoys the snake as its meal.

This certainly doesn’t sound like the type of secretary that you would want in your office, but you have to admit that this bird gets the job done.

Chicken and Turkeys Can Resolve a Backyard Snake Problem 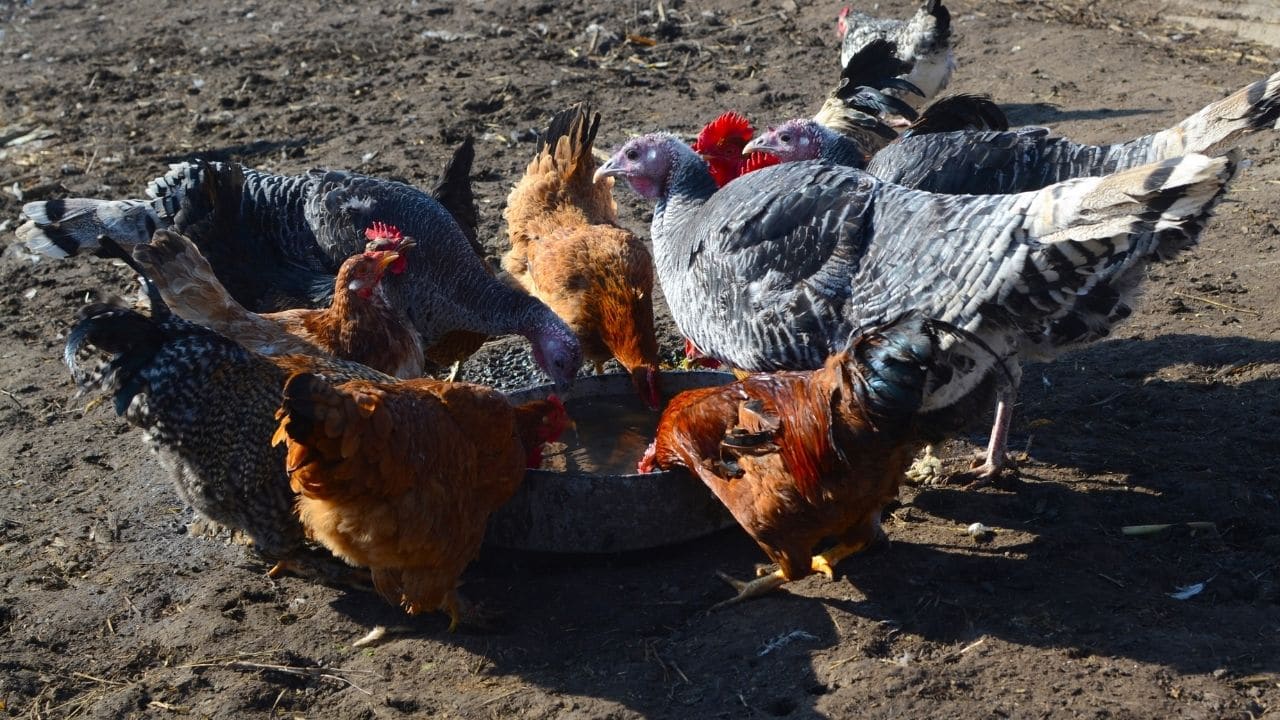 Although chickens and turkeys did not make the list of birds that eat snakes, these birds are still claimed to come in handy if you are trying to rid your yard of snakes.

Of course, chickens and turkeys eat feed that is provided for them in their coops. They certainly aren’t known to be carnivorous, but that doesn’t mean that they wouldn’t run off a snake that is invading the yard. After all, they are birds.

Many birds that are often seen wading in marshes will eat snakes, even if they are poisonous, but owls and red-tailed hawks are the best birds when it comes to evading snake venom for the sake of a meal.

Do Birds Keep Snakes Away?

Many wild animals, including birds, are known to be effective deterrents to snakes. However, you probably wouldn’t keep an owl as a pet, so cats, chickens, and turkeys may help combat a problem with snakes.

While snakes are known to be venomous predators, they are not exempt from becoming prey themselves. There are many predatory birds that eat snakes.

Although you can always place a bird feeder in your backyard with the hopes of attracting owls and red-tailed hawks, you can also choose to address a snake infestation in a simpler fashion and just build a chicken coop.