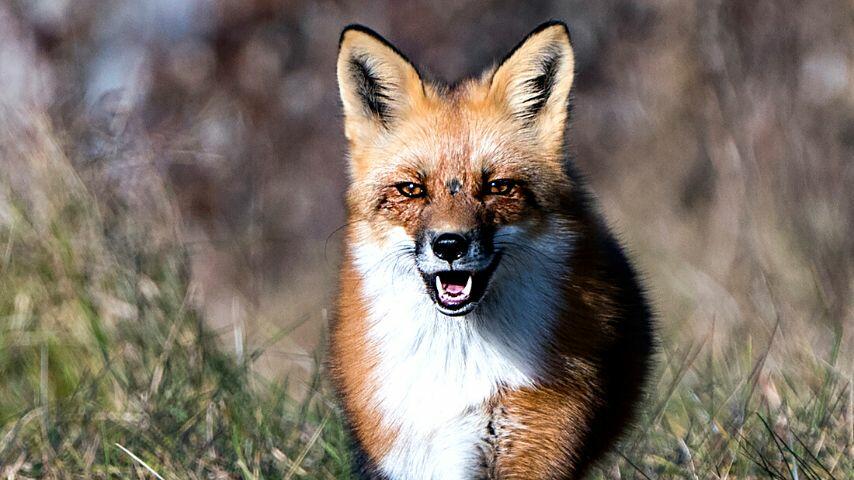 People know foxes for their remarkable cunning. They are regarded as skillful hunters that can successfully spring an attack on unsuspecting prey at a moment’s notice.

Of course, there’s more to them than just its hunting capabilities. If you take the time to study them, you’ll find that they are remarkable creatures.

Let us take this opportunity to go in-depth on the fascinating animal so we can learn more about the characteristics that help define them.

Foxes can survive in a wide range of environments including grasslands, deserts, and even urban settings. Their resilience can be attributed to their diverse diet. They like to be by themselves when hunting, but they still belong to social groups. Female foxes can give birth to a litter of 3-5 cubs.

They belong to the kingdom Animalia and the phylum Chordata. They are categorized under the Mammalia class and the order Carnivora.

They are classified under the genus Vulpes. According to the University of Wisconsin-La Crosse, the animals that fall into the Vulpes genus are known for skulls that are smaller and flatter relative to other members of the Canidae family.

Members of the genus Vulpes are also distinguishable based on their tails. You’ll find that the tip of its tail is colored differently from the rest of its coat.

The area around its eyes and nose also features distinctive markings.

Upon reaching adulthood, it ends up around 18 to 34 inches tall. Some species may also fall a bit short of that range.

In terms of weight, the range for an adult goes from 7 to 30 pounds.

They are found throughout the globe.

The red fox is the dominant fox species in North America and it has also made a large imprint on Africa and Europe.

In South America, people are likely to run into gray foxes while exploring the wilderness.

So, which habitats do they specifically seek out? Remarkably, they can comfortably live in different types of environments.

The small mammals that they love to hunt are commonly found in grasslands. They also love hunting in those environments because the tall grasses provide plenty of cover.

Many have also taken up residence in forests.

Forests are tougher hunting grounds for them because they also have to be wary of more predators. The trade-off for them is that forests provide a near-boundless amount of food.

Deserts are also suitable living environments for these creatures.

Foxes that live in the desert tend to be nocturnal creatures. That allows them to hunt for food without exposing themselves to harsh temperatures.

Out in the wild, they will burrow into the ground to create dens. They will stay there most of the time and only come out if they need to hunt.

Increasingly, we are also seeing more move into urban environments. Although they don’t exactly live in the city, they still stay close enough to forage for food in garbage containers.

One of the reasons why they have thrived all over the world is because of their ability to live in various habitats. You can literally place them anywhere and they’ll still have a good chance of survival.

Diverse is an adjective that can be used to describe both its choice of habitat as well as a fox’s diet. These cunning creatures are omnivores that can gain nutrition from various sources.

They mainly prefer protein so they will hunt down small mammals such as rabbits, gerbils, and squirrels. Small mammals are not the only potential sources of protein for it.

The aforementioned predators will also go after reptiles and amphibians that are small enough for them to overpower. Frogs and lizards are notable examples of that.

You will also find foxes that hunt down birds and insects. Some will even approach bodies of water in search of fish to eat.

If they cannot hunt successfully, they can fall back on fruits and vegetables. Foxes will eat berries, apples, and leafy vegetables to get the nutrients they need.

Specimens that live in urban areas have also developed a taste for our leftovers. Those animals will also feed on your pet’s food if given the chance.

Similar to other Canidae family members, foxes adhere to social hierarchies. While observing a group, you will notice certain members being submissive to others.

Interestingly, they remain solitary hunters despite being involved in social groups.

Most prefer to hunt under the cover of night. It is also common to see them out and about near the break of dawn or just before the sun sets as they take like to take advantage of the low-light windows to get the jump on their prey.

They also enjoy playing around every now and then. They may engage in play-fighting with other group members.

The mating season occurs during the winter. After a female is impregnated, she will go through a gestation period that may last for about 50 to 70 days.

The average litter size for a fox is 3 to 5 cubs.

Both parents will also watch over the cubs until they are strong enough to venture outside.

Because of their adaptability, foxes have avoided the extinction fears that have plagued many other animals thus far. Red foxes, in particular, remain in large numbers to this day.

The Darwin’s Fox species is the only one currently endangered. Their dwindling habitat is mostly to blame for that.

Can a Fox Mate with a Dog?

A fox mating with a dog is impossible. They have incompatible body parts and chromosomes so mating cannot take place.

What Are Foxes Afraid Of?

Foxes are scared of loud noises. If you see one approaching your pet, run towards it and yell to shoo it away.

You can find different species of foxes all over the globe and they live in various habitats including grasslands, deserts, and even some urban areas.

In the wild, they will eat small mammals, birds, fish, reptiles, amphibians, insects, and numerous plants.

They tend to live in social groups, but they remain solitary hunters.