There are few animals more elusive (or more adorable) than the fox.

They have a somewhat tarnished reputation, primarily thanks to fairy tales, for snagging chickens and wreaking occasional havoc on farmlands.

However, foxes aren’t as evil as some people make them out to be. They’re a fundamental part of the ecosystem as they can act both as a scavenger and a hunter.

If you’ve been wondering do foxes eat snakes, the short answer is yes!

Foxes love to eat snakes, whether they’re actively hunting them down or coming across a carcass and finishing it off. Foxes will eat anything ranging from fruit and seeds to birds and, you guessed it, snakes. Although they aren’t the main dish for every meal, foxes are very fond of eating snakes! 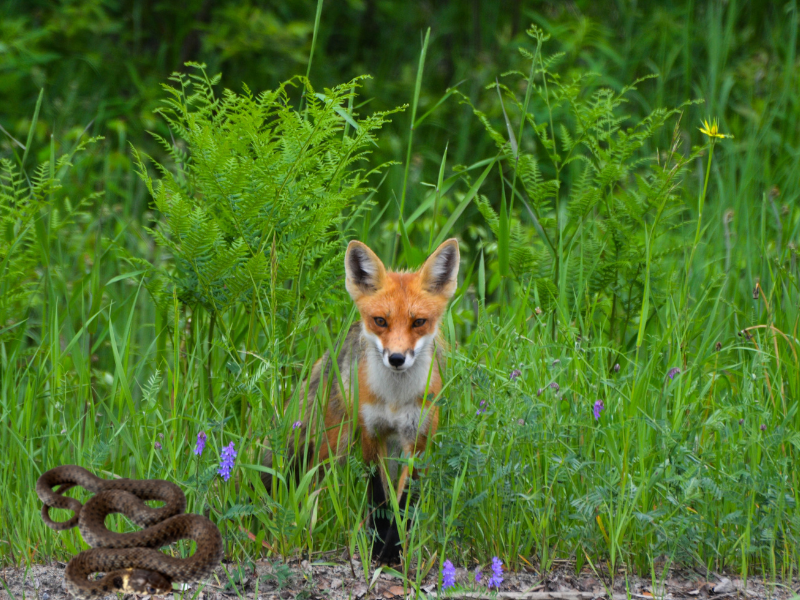 The Diet of a Fox

Foxes aren’t too picky when it comes to what they’re eating. They enjoy hunting, primarily at night, but they aren’t opposed to coming out during the day.

Please note that foxes are often nocturnal, but seeing the occasional fox hunting in the daylight hours is not as uncommon as it used to be.

As humans continue to encroach on the land of the wildlife among us, that wildlife, foxes included, is attempting to adapt to how we live. For many animals, humans mean food.

Also, many animals that the fox loves to eat are out during the day, including birds and snakes.

Injured or sick birds bound to the ground make a wonderful meal for a fox, but a snake absent-mindedly sunning itself on an open patch of grass also makes for a delicious fox snack. 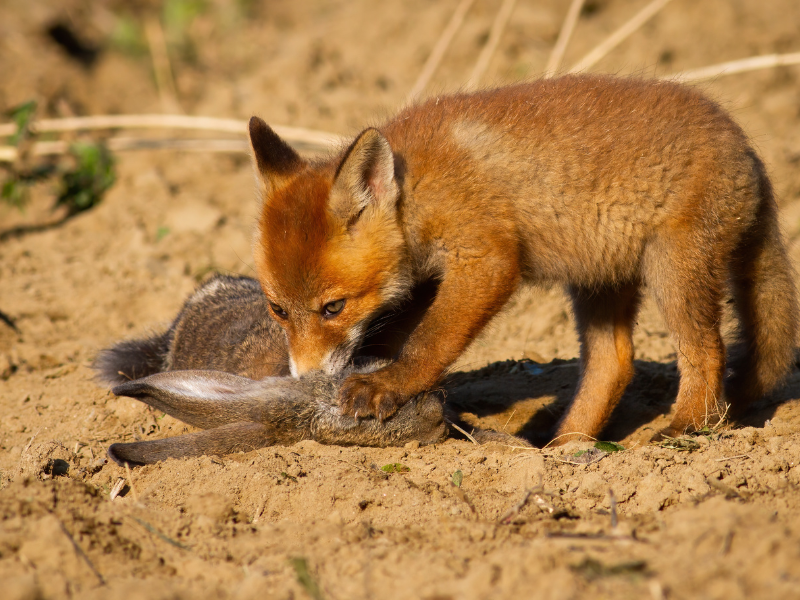 Foxes eat a lot of rodents

Foxes eat plenty of rodents, rats and mice included, and they rarely say no to a frog. Foxes come from the same family as wolves, coyotes, and domesticated dogs.

If ever given a chance to watch a fox actively hunt, you’ll see that mixture of hunting and scavenging come to life, as we often do with the dogs we keep with us at home.

Like wolves, nuts, seeds, and fruit are not out of the question when it comes to what a fox will eat. They have a broad pallet that keeps them alive and well every month of the year, especially when it comes time to hunt for their pups. 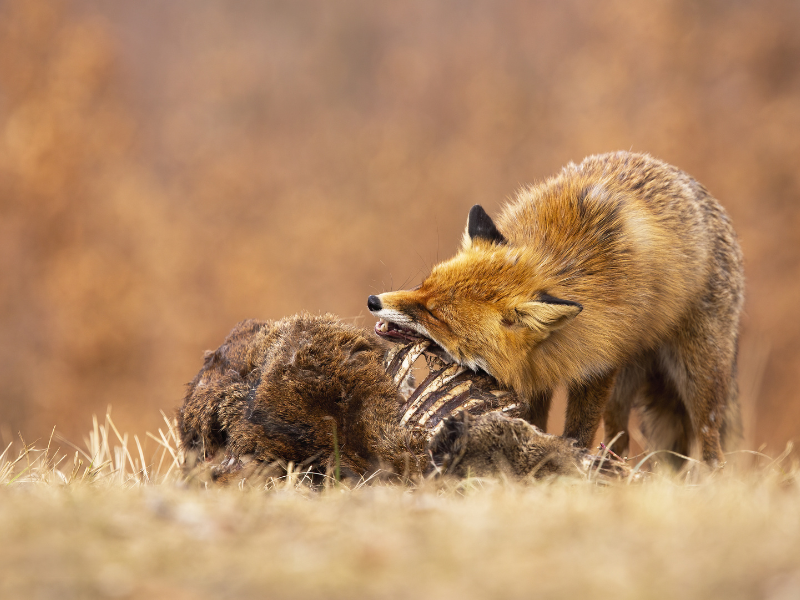 Foxes are not picky eaters

Which Snakes do Foxes Eat

Foxes aren’t too picky about what they eat, but there are certain snakes that they’ll typically stay away from when out on a hunt. Even for a starving fox, water and aggressive, venomous snakes aren’t on the menu.

The process of catching such snakes is usually too dangerous and not worth the chance when there are rodents and birds nearby.

Garter snakes, on the other hand, are at the top of the list for foxes. Though garter snakes are fast and do bite when cornered, they’re a pretty easy target for a stealthy, hunting fox.

Garter snakes love to rest and lie in the sun, which isn’t always a great idea, especially when there is a fox day-hunting nearby.

Foxes are not opposed to eating dead snakes as well. Whether the cause of death be natural or not, foxes will gladly take up eating another meal that another animal hasn’t finished.

It might sound gross to us, but it’s the life of a scavenger! 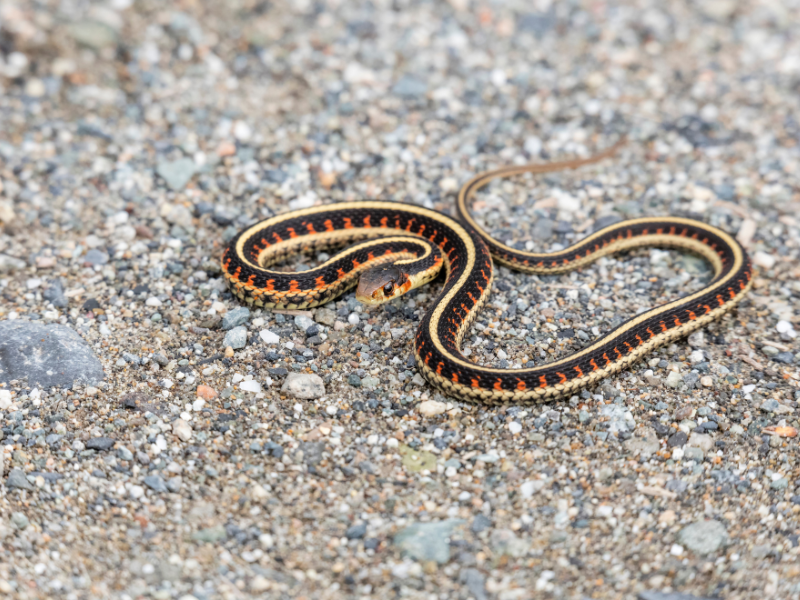 When it comes down to it, snakes are not the first choice for foxes. They would much rather eat large insects, fruit, birds, and rodents than deal with catching a snake.

However, if a garter snake crosses paths with a hungry fox, chances are the fox will try and catch himself some dinner.

A fantastic thing about animals in the Candiae family, like wolves and wild or domesticated dogs, is that they have the ability to adapt their food source to the world around them.

If the hunting supply is low, foxes will gladly eat seeds and nuts, and vice versa.

Because the diet of the modern fox varies so much, we humans often see them out and about hunting or scavenging, leaving many of us confused about what they actually eat.

They eat many things, refusing to restrict their diet too much to ensure survival in that respect. 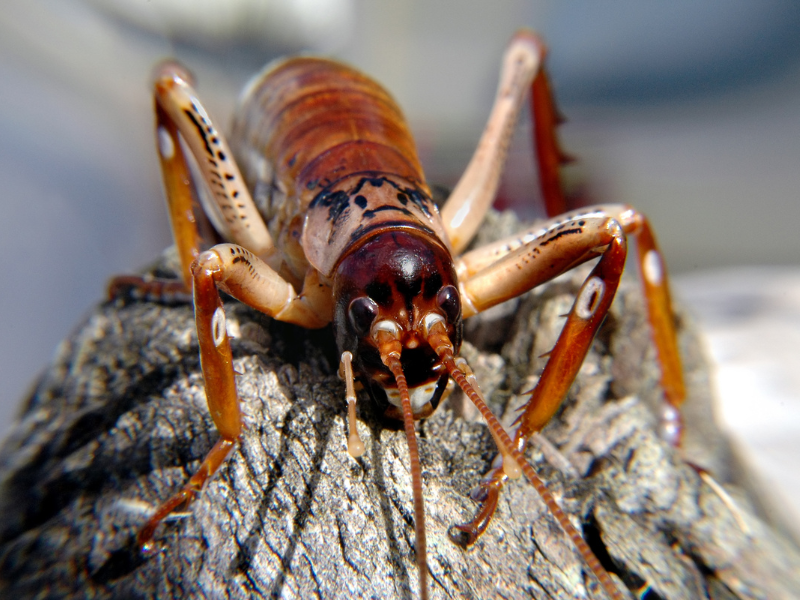 In many cases, yes. If you have a lot of snakes around your garden or home, chances are you’ll see more hunters, such as foxes, coyotes, and birds of prey circling.

It’s unlikely that a fox will try to eat an aggressive, poisonous snake. Snakes are not their first food choice, to begin with, and they stick to garter snakes when they eat them.

Many foxes will actively hunt down snakes, but it’s also common for them to eat snakes that are already dead. Foxes are scavengers as much as they are hunters, and they rarely turn down a free or easy meal!

Foxes do eat snakes. Though snakes are not the first food choice for foxes, they maintain a predator and prey relationship, at least when it comes to harmless and non-aggressive snakes.

It’s rare for a hungry fox to turn down a snake dinner, so if you’ve got plenty of snakes around, chances are you’ll begin to see foxes too.

Don’t be alarmed, even if you see this nocturnal hunter acting normally during the day. They’re doing their part to maintain our ecosystem!

What Foxes Eat in the Winter — Shocking Stuff!

[…] their limited resources, a fox’s feeding habits change in the winter to include more hunting and less […]