In the area around my homestead, we often see and hear foxes.

Luckily, I have predator-proofed my property to keep my bunnies and other animals safe so I’m not too worried about a fox finding its way inside (not to say I don’t regularly check my fencing and other predator deterrents).

On one of my walkabouts to inspect my property line, I found a dead fox. This led me to wonder what animals eat foxes.

So I set out to investigate.

What Animals Prey on Foxes?

Foxes are actually close to the bottom of the food chain, so they are preyed on by quite a number of predators.

Here are some of the top fox predators: 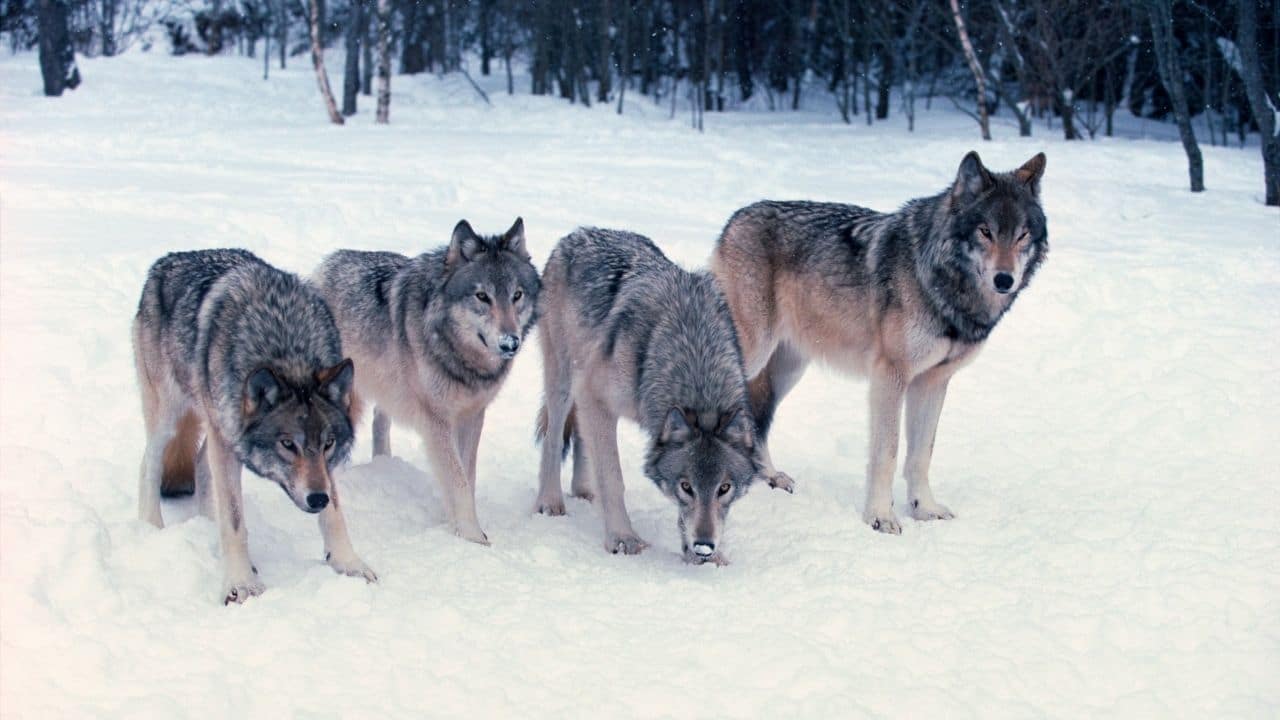 As apex predators, there isn’t much a wolf won’t eat when it is hungry. Opportunistic, these animals hunt in packs.

And while they generally go after large hoofed mammals like moose, bison, deer, and elk, it isn’t strange for them to feast on a fox if the opportunity presents itself. 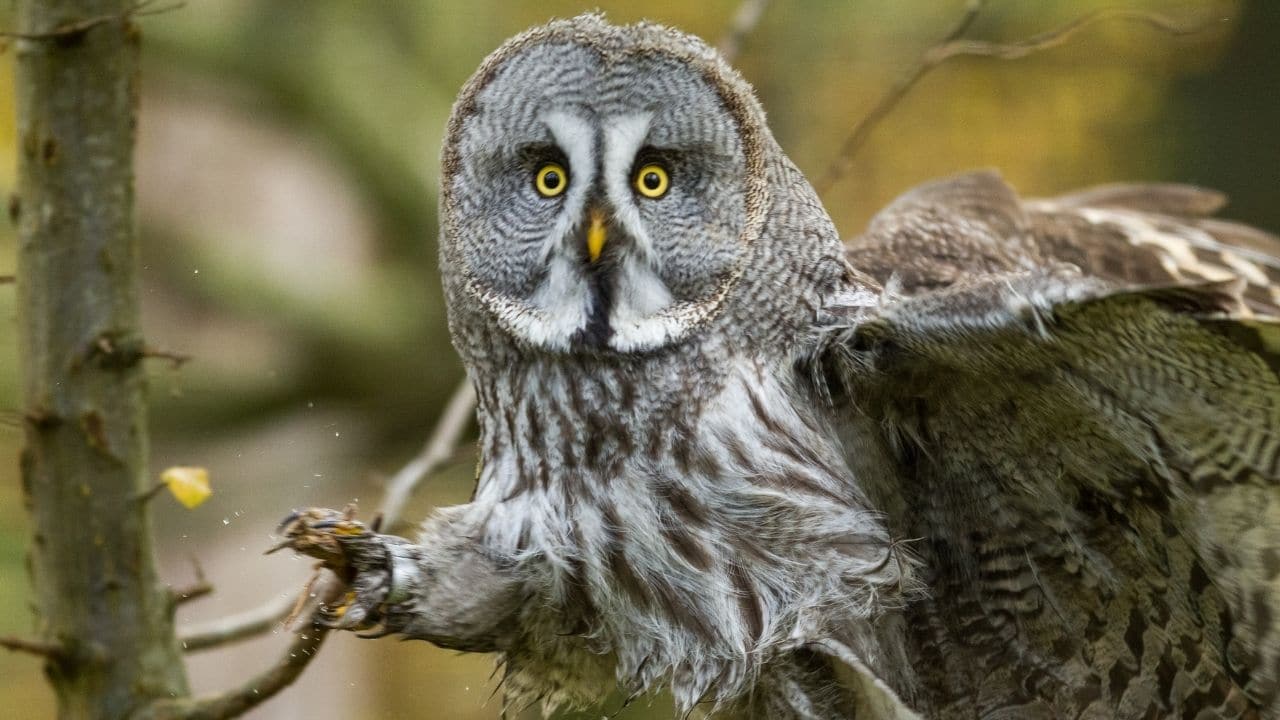 Owls hunt at night, so this is the perfect timing for them to prey on other nocturnal animals like foxes.

These birds are also raptors, so they are able to strike fast and grab a fox they’ve targeted with their sharp talons. 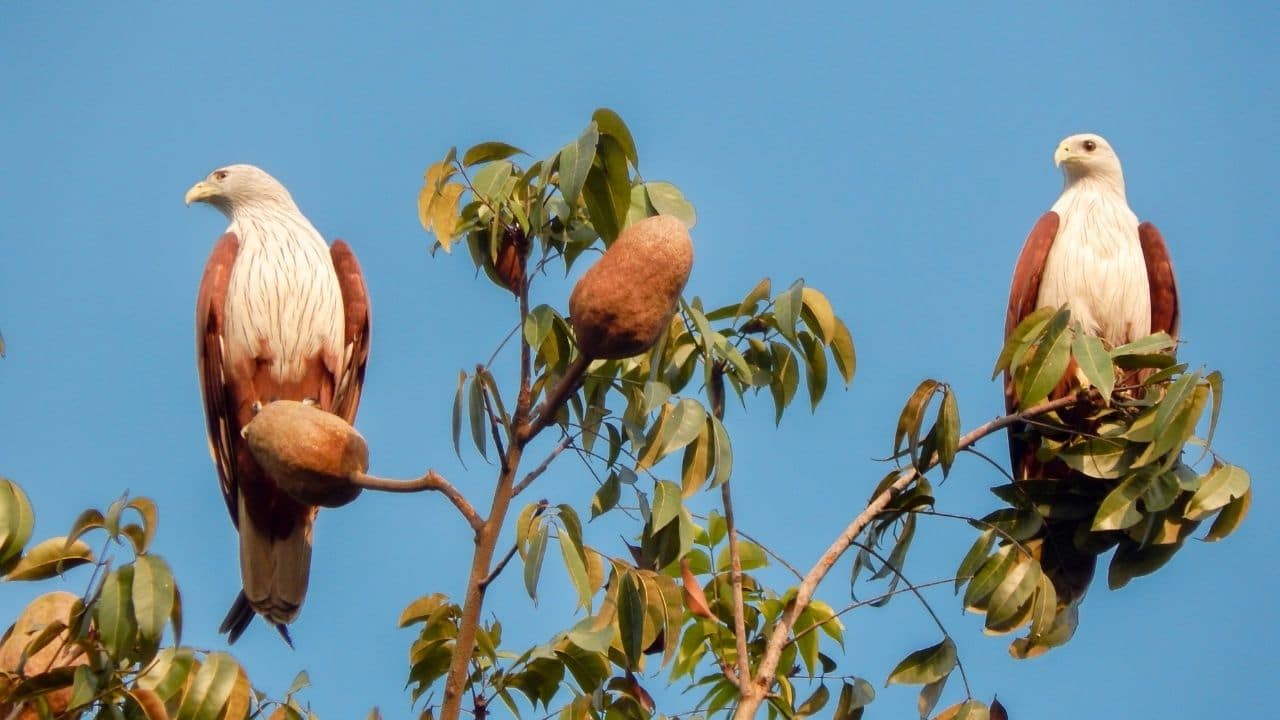 Eagles prey on foxes, especially young foxes, which are called kits or pups since the smaller foxes are easier to carry.

These birds of prey have impeccable eyesight, so if they spot a fox, it is easy for them to take advantage of their prey from above. They simply swoop down and carry a pup off to their nest. 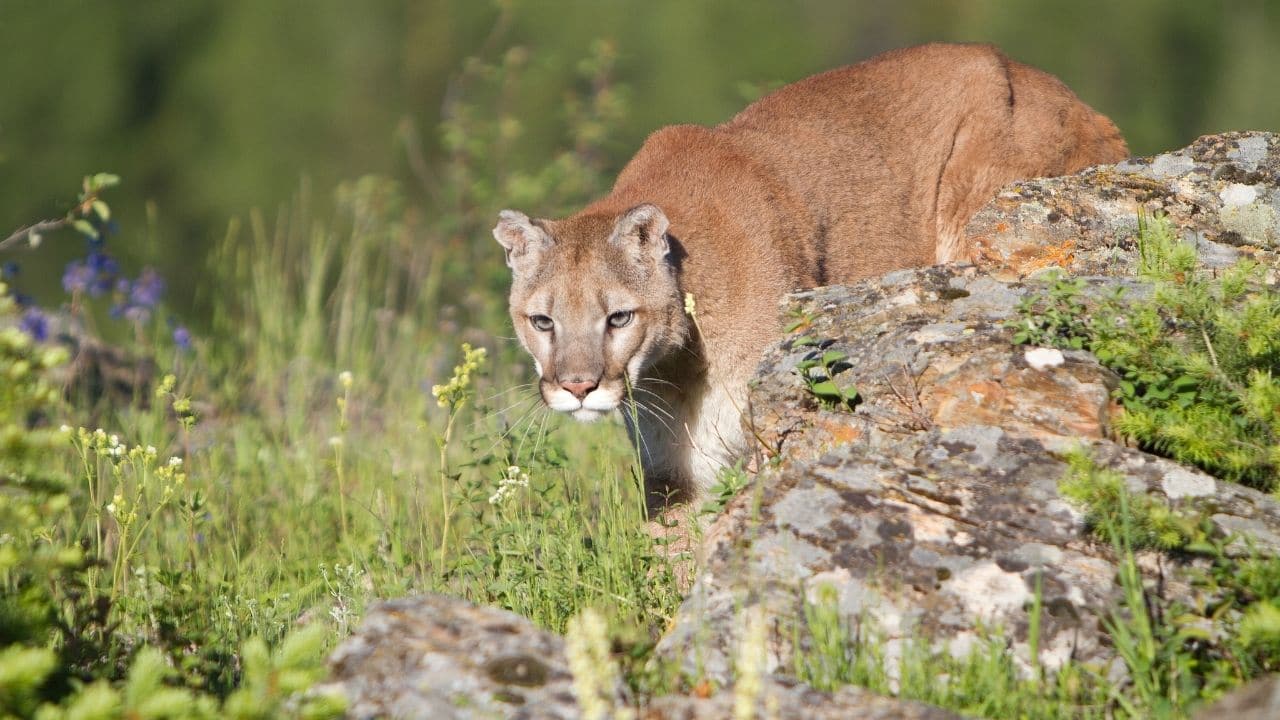 Another predator of foxes, mountain lions are also nocturnal hunters. A fox is an easy kill for a mountain lion who can run fast and is strong enough to strike a deadly blow.

As an ambush predator, a mountain lion will hide from its prey, and when the right opportunity presents itself, it will leap onto a fox and strike into its neck. 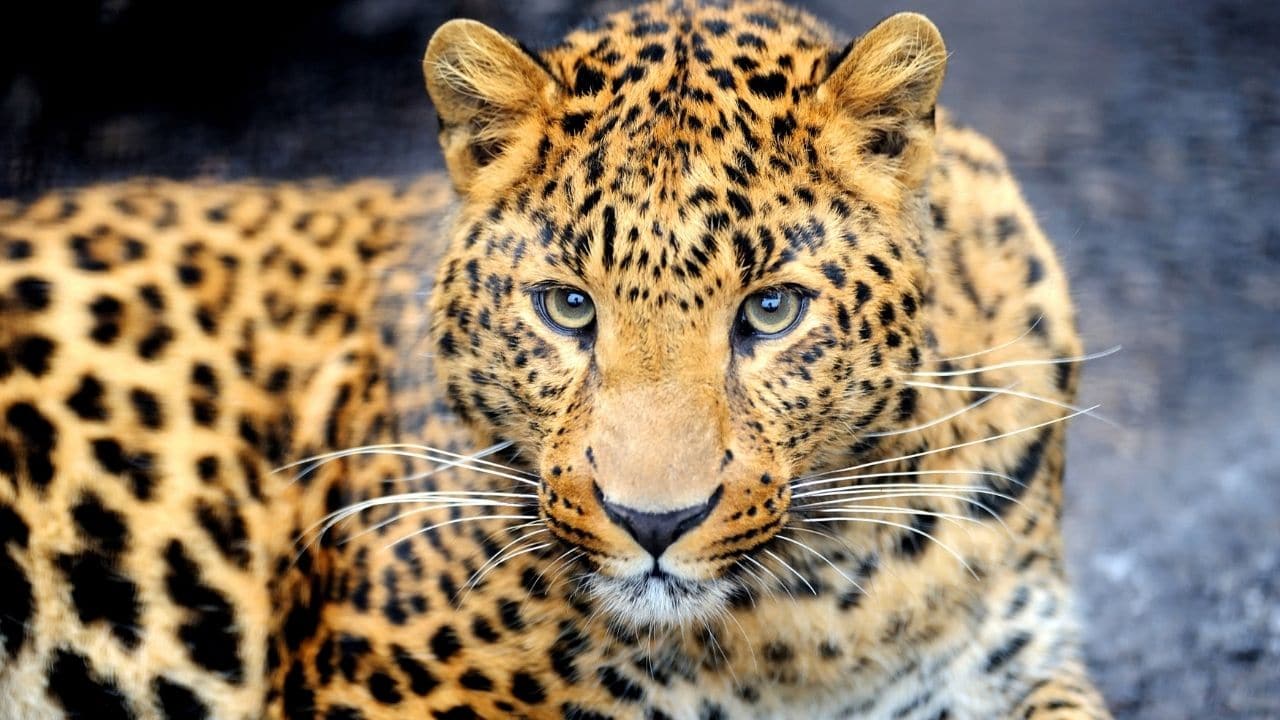 A fox is, in general, too small to be a meal for a leopard. However, if there is a food shortage or the leopard is hungry and finds a fox, it will prey on it. 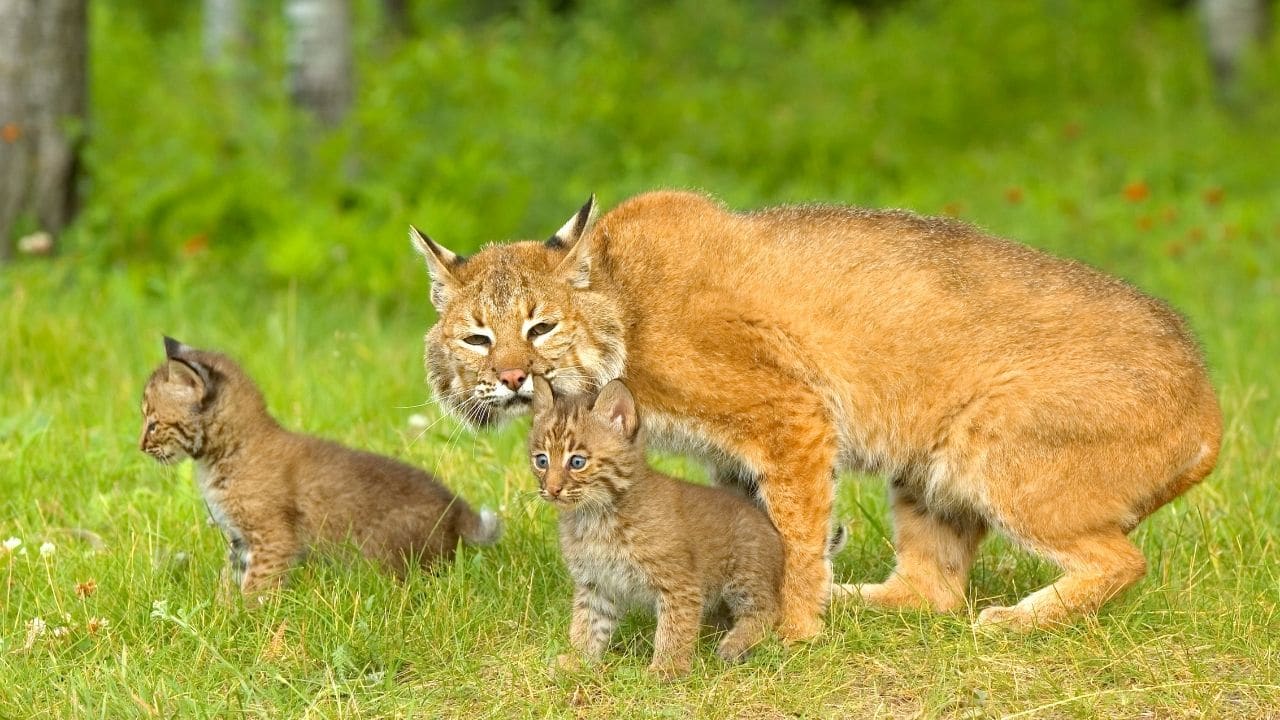 As carnivores that eat about 3 pounds (1.3 kilograms) of meat daily, bobcats prey on small animals like foxes and raccoons. These predators also eat hawks and owls.

Bobcats hunt at dusk, so there is a chance that it will run into the nocturnal fox and make a meal out of it. 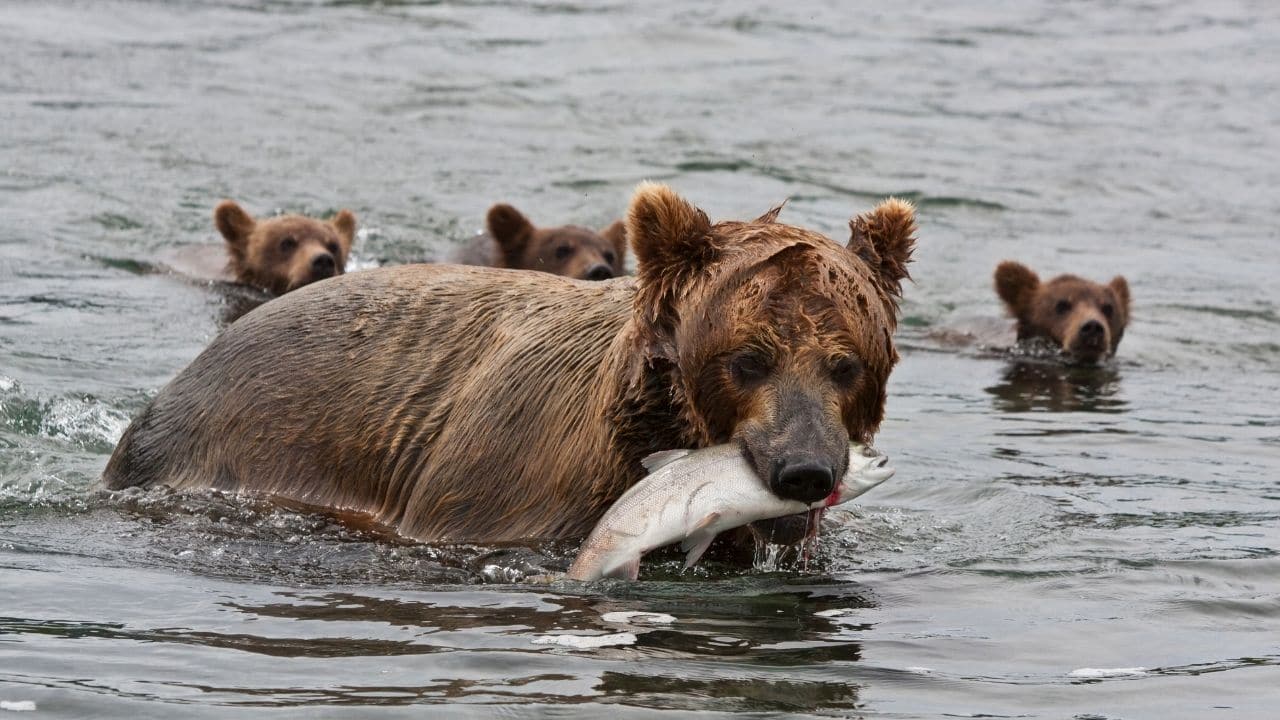 Even though more than 80% of a bear’s diet is made up of plants, it is an opportunistic hunter that eats an omnivore diet.

If foxes and bears cross paths, chances are the bear will kill and eat the fox. 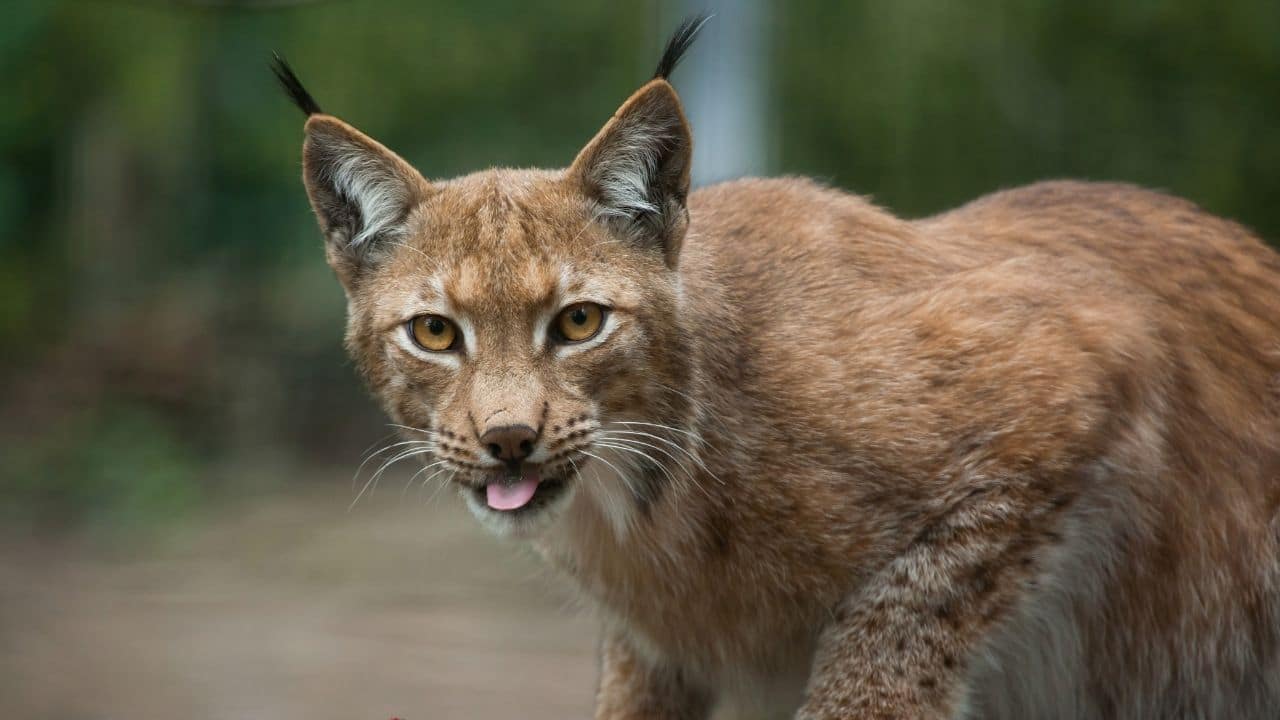 Part of the cat family, lynxes are big and strong, and they are more than capable of preying on foxes. When food is scarce, a lynx will most definitely hunt and eat a fox in an attempt to survive.

However, foxes aren’t the main part of a lynx’s diet under normal circumstances.

Foxes and lynxes also compete with each other for food, so a lynx will try to get rid of their competition and kill foxes. 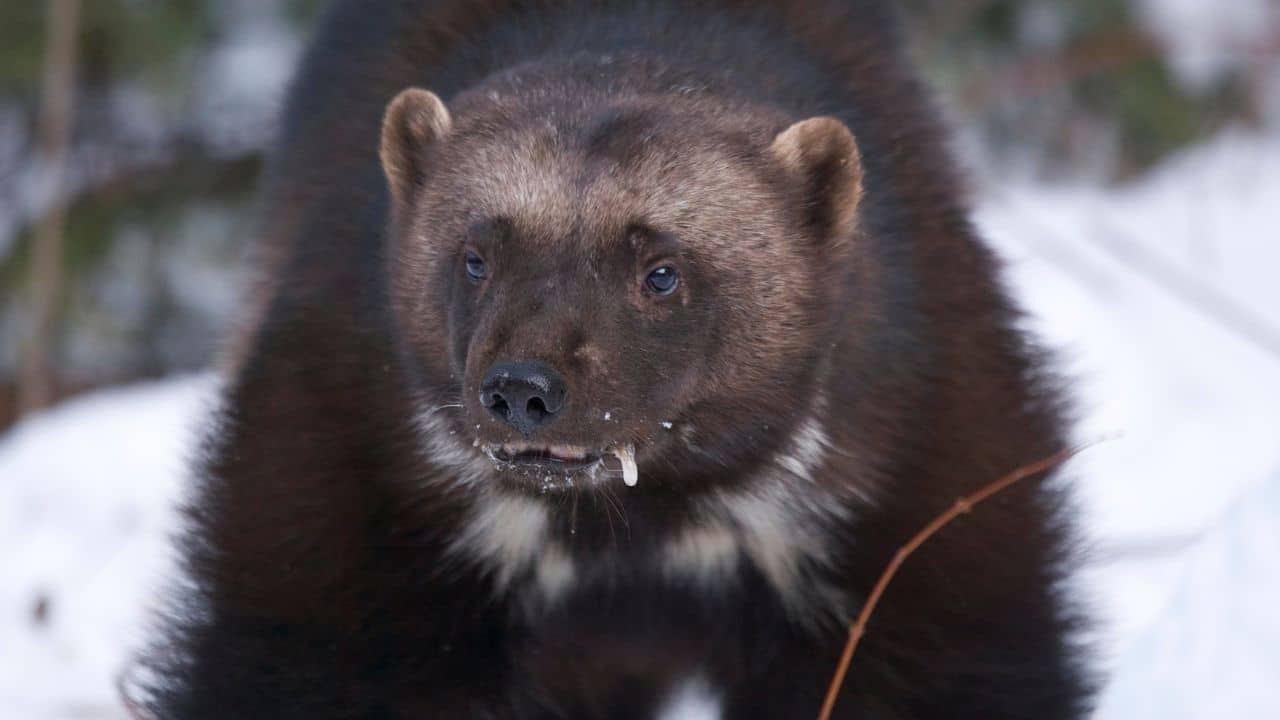 Wolverines, the biggest in the weasel family, are mostly scavenger hunters; however, they do prey on small mammals like foxes. These predators are considered as cruel as they come when it comes to killing their prey.

They often wound an animal, letting it bleed out after striking at it several times.

After hiding the carcass, they will return to feed on it several times 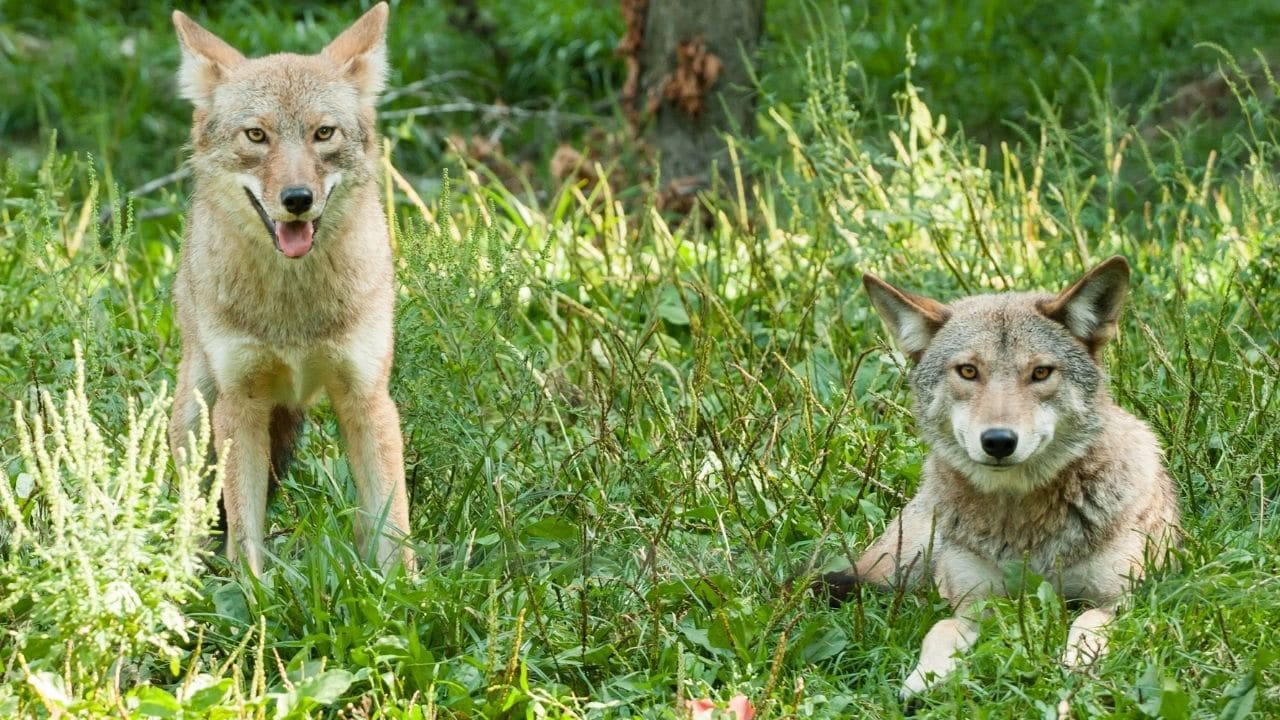 A natural enemy of a fox, a coyote and a fox share the same family species (canids). Foxes try to stay away from coyote territory and coyotes won’t generally try to hunt down a fox.

However, if the fox finds itself on coyote land, it must beware.

Other canids that also kill and eat foxes are hyenas, jackals, and wild dogs. 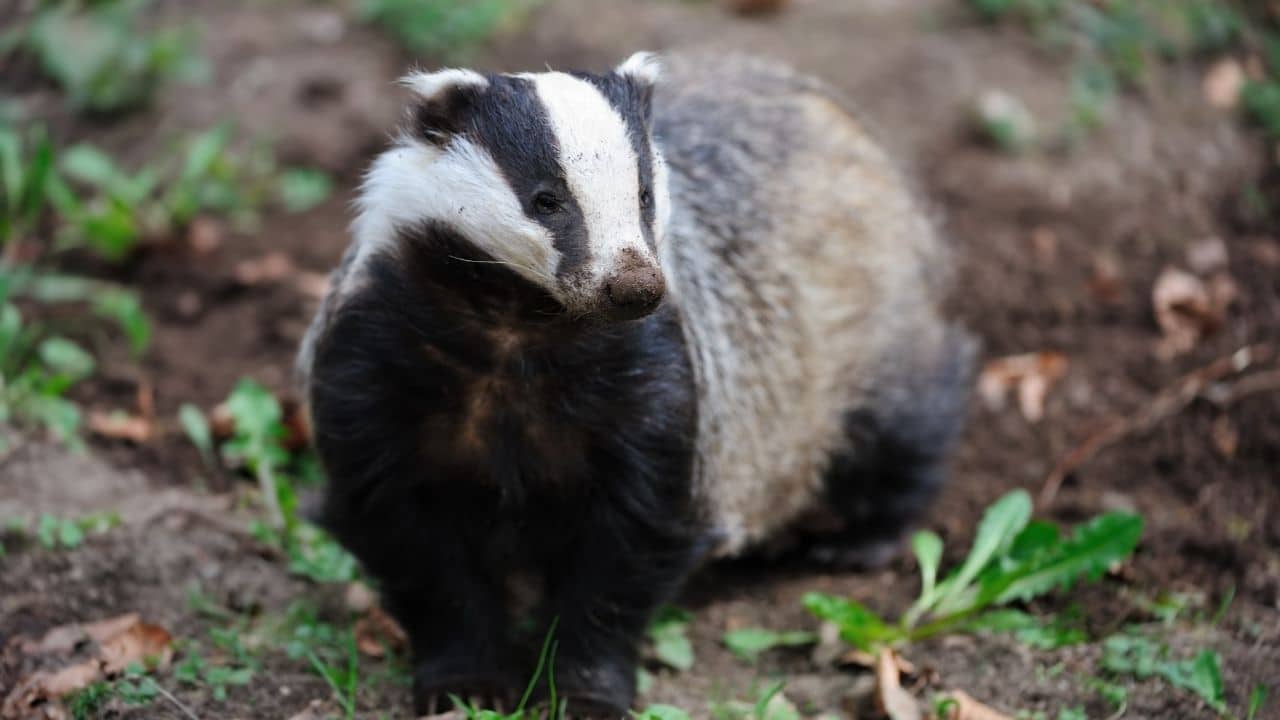 Badgers are carnivores that pretty much eat anything and everything they come across, including foxes.

I learned that badgers and foxes share a lot of similarities when it comes to their diet, and as a result, these two animals may meet each other while hunting for food.

For the most part, foxes steer clear of badgers, who are aggressive animals. 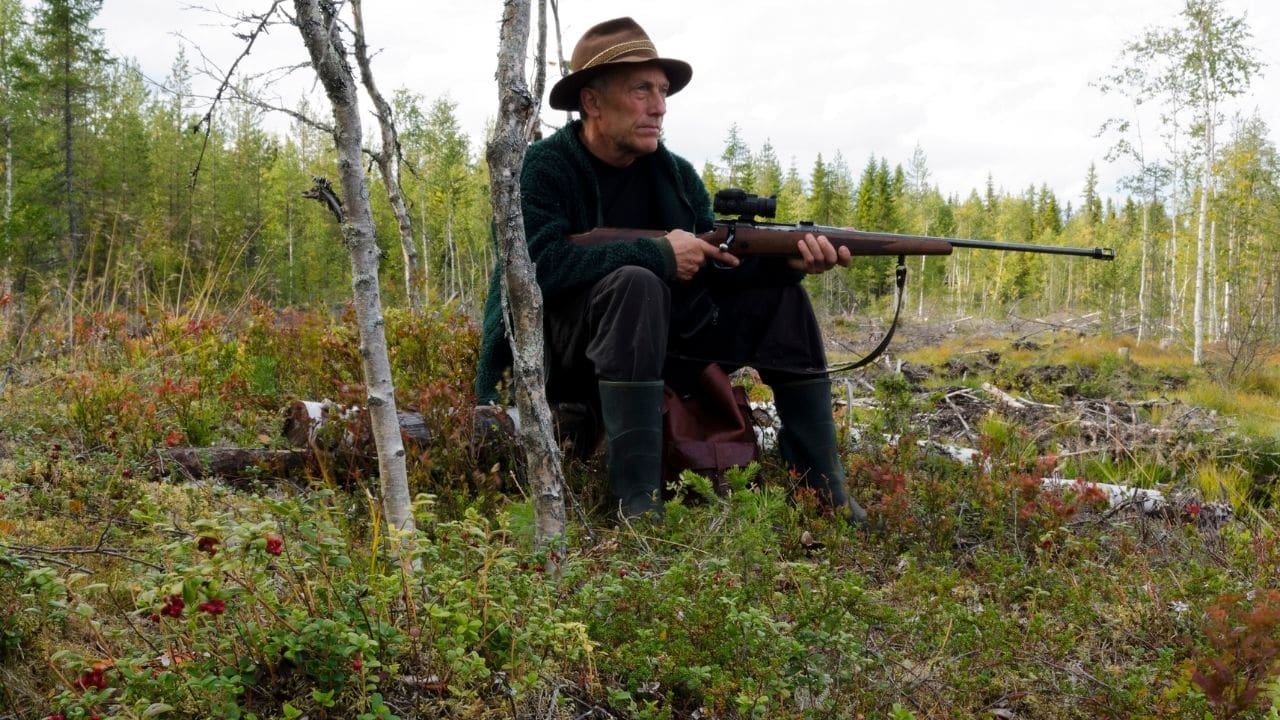 One of the worst enemies of a fox, people destroy a fox’s habitat, use their fur for clothing and trade, and hunt them for sport. 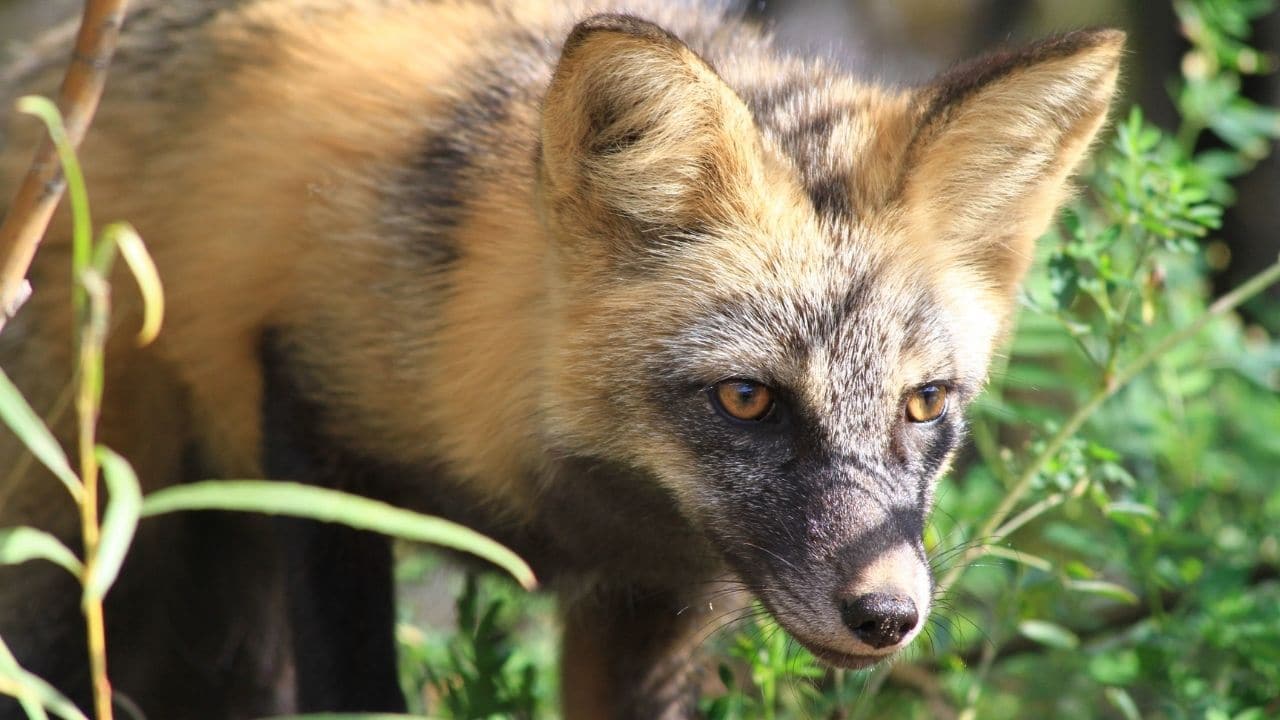 Yes, you read this right and it isn’t some strange typo. Foxes do in rare instances eat other foxes, especially if food is scarce and the stronger fox can fight and kill another fox to survive.

Foxes are also known to sometimes steal a baby fox from another fox’s den and eat the pup.

These animals are also very aggressive toward their siblings in an attempt to eliminate weak foxes from the den. It is estimated that about 20% of pups are killed and eaten by their siblings.

Does a lion eat a fox?

Lions do prey on foxes. However, a fox is a small animal since a lion needs to consume between 11 and 17.6 pounds (5 to 8 kilograms) of meat every day. Thus, if a lion eats a fox, it isn’t enough food.

Do foxes eat other foxes?

In general, foxes aren’t cannibals; however, there are rare instances where one fox kills and eats another fox. Foxes will eat other foxes or steal a pup or kit from another den if they are starving and need to survive.

You are probably wondering by now what killed and ate the fox I found close to my property. It was a bear.

Sorry if you were expecting something more exotic.

So to recap, there are quite a number of predators that prey on foxes, and even foxes eat their own kind when they are starving and when they want to establish their domicile and eliminate weak siblings.

[…] foxes have quite a few natural enemies, including wolves and coyotes, and when faced with one of these, they need to make haste and get […]

[…] the sounds they make to communicate with their fox family are reminiscent of both dog and cat sounds, and also some that are uniquely […]

Why Do Foxes Scream? Wow! It's Because...

[…] fox’s ‘scream’ is the word used to describe the high-pitched sound a fox makes, […]