You can appreciate their magnificence if you have ever had the fortune of seeing an eagle in flight. They are the largest raptor but not in the birds of prey category.

Belonging to the Accipitridae family, there are over 50 eagle species worldwide. Four of these species of Eagle call North America home.

The Golden Eagle and Bald Eagle are North American natives. Steller’s Sea Eagles and the White-Tailed Eagle come to us from Asia and Eurasia.

Eagles are large birds with average wingspans of about six feet. The record wingspan of an Eagle is over 7.5 feet.

Those great wings can take Eagles to enormous heights and facilitate incredible speeds, especially when diving. Each of these birds flies at different speeds and lives in other areas of the country.

Come, and you will learn how fast can eagles fly in horizontal and vertical flight.

How fast can eagles fly?

How Fast can Golden Eagles Fly 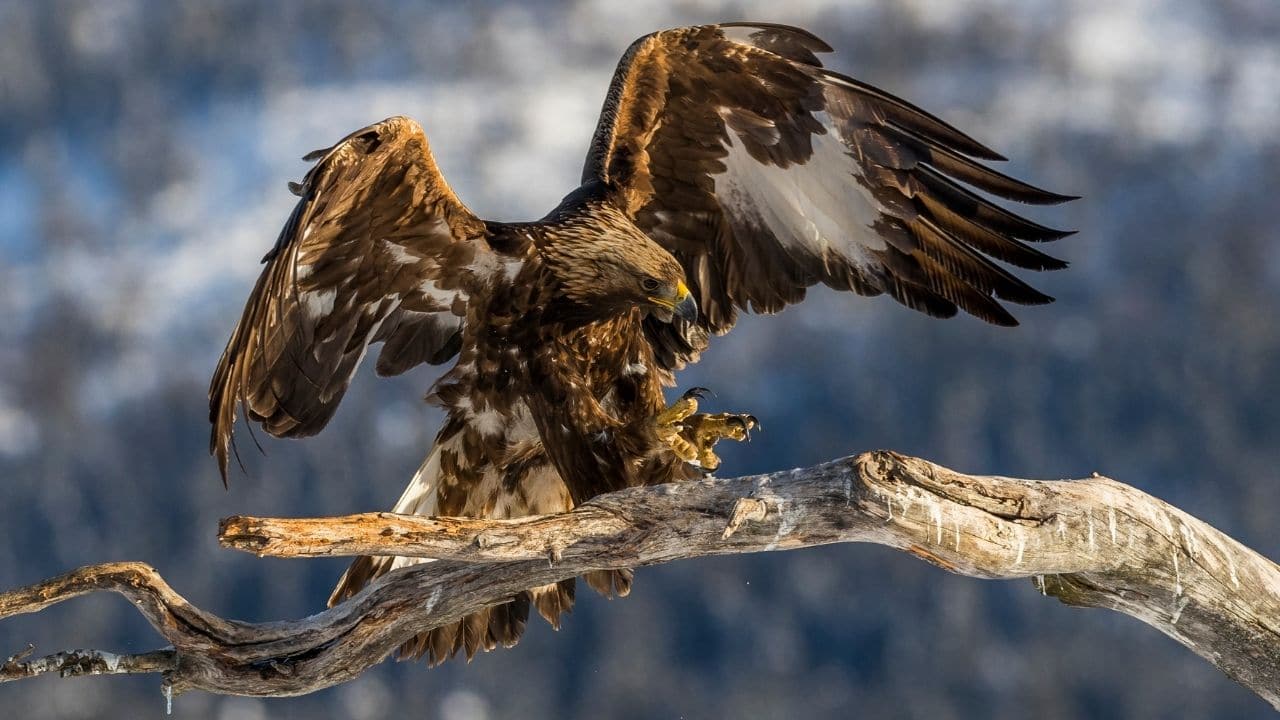 The Golden Eagle, which is not gold, is predominately brown with golden feathers on its head and shoulders. It is the largest and fastest of this quartet of avian flyers.

In level flight, all four of these birds fly at around 30 miles per hour. Although large birds, their massive wingspans allow them to ride thermals that further boost them into the air.

This fantastic speed allows them to be on their prey in seconds.

A grown Golden Eagle will command an area of about 60 square miles. Their speed, agility, and prowess give them dominion over their chosen space and the ability to feed themselves and their offspring.

How Fast can Bald Eagles Fly 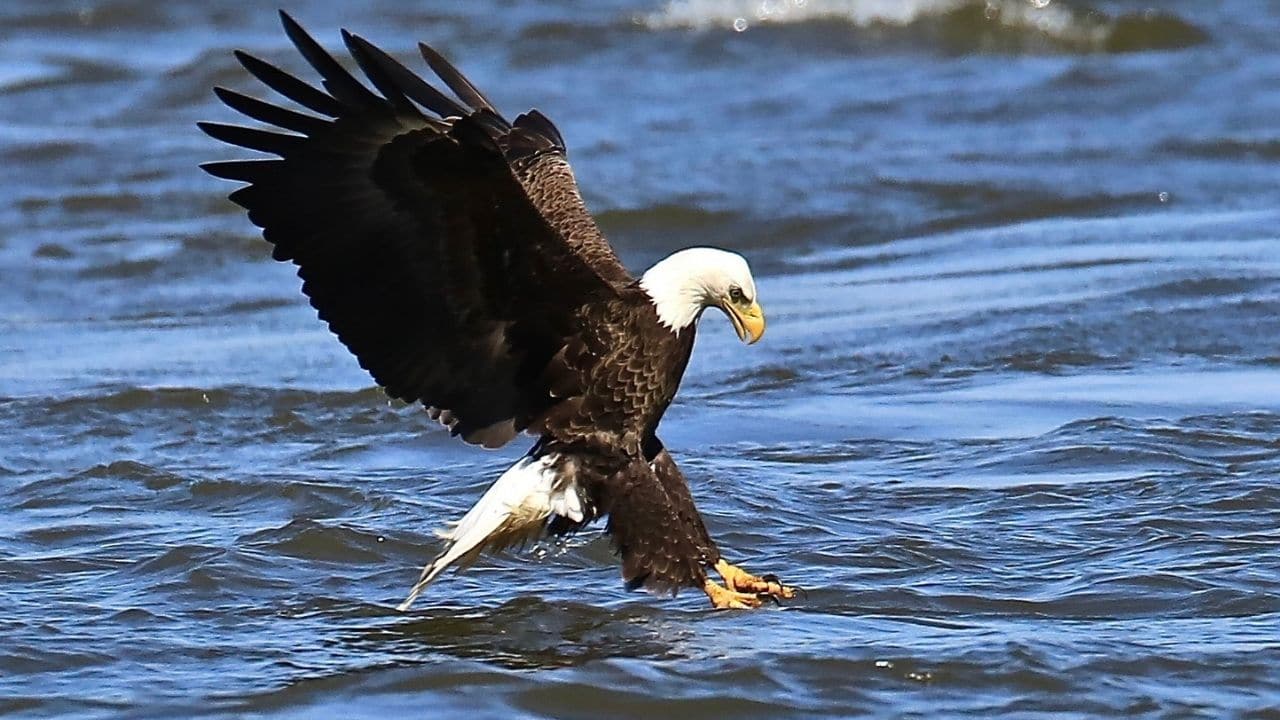 Most people recognize the adult Bald Eagle because its brown plumage and white head are distinct among the eagle family. Young Bald Eagles have a different appearance can be mistaken for vultures and hawks.

Flying flat, the Bald Eagle eases along at about 30 miles per hour and can achieve sudden bursts of speed up to 75 miles per hour.

However, when diving for prey, the Bald Eagle can reach a 100 mile-per-hour speed.

It is easy to confuse a young Bald Eagle with a Golden Eagle, as the more immature birds are predominately brown. They do not get the white head feathers until they’re a few years old.

Eagles are monogamous, and Bald Eagles mate for life and remain in the same area unless conditions cause them to move on. Fire, drought, and man are the biggest threats to the Bald Eagle.

They are not an endangered species at this time. However, many federal laws protect them. 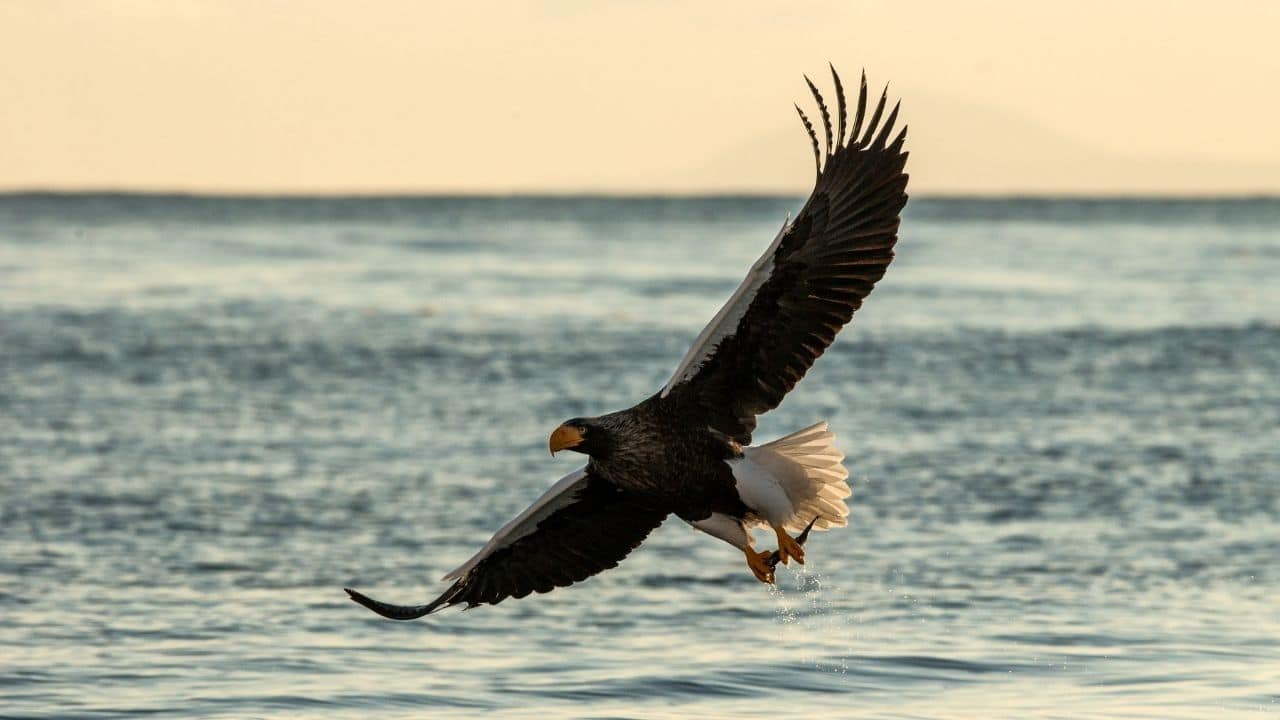 The largest of this group of eagles is Steller’s Sea Eagle. As adults, they can reach 20 pounds in weight and sport a set of wings that spread to almost eight feet.

They are dark brown with white wings and tails and have a heavier beak than their cousins do. They have level flight speeds of about 30 miles per hour and a dive speed of up to 140 miles per hour.

Sea eagles live along the coastlines of Australi, Southeast Asia, and the United States. Making estuaries, rocky shores, lochs, and lakes its homes, where they can find ample food from land and sea.

Sea Eagles can live over 20 years. So, if you visit or live in areas where these amazing birds call home, you could watch generations of them come and go.

How Fast can the White-Tailed Eagle Fly 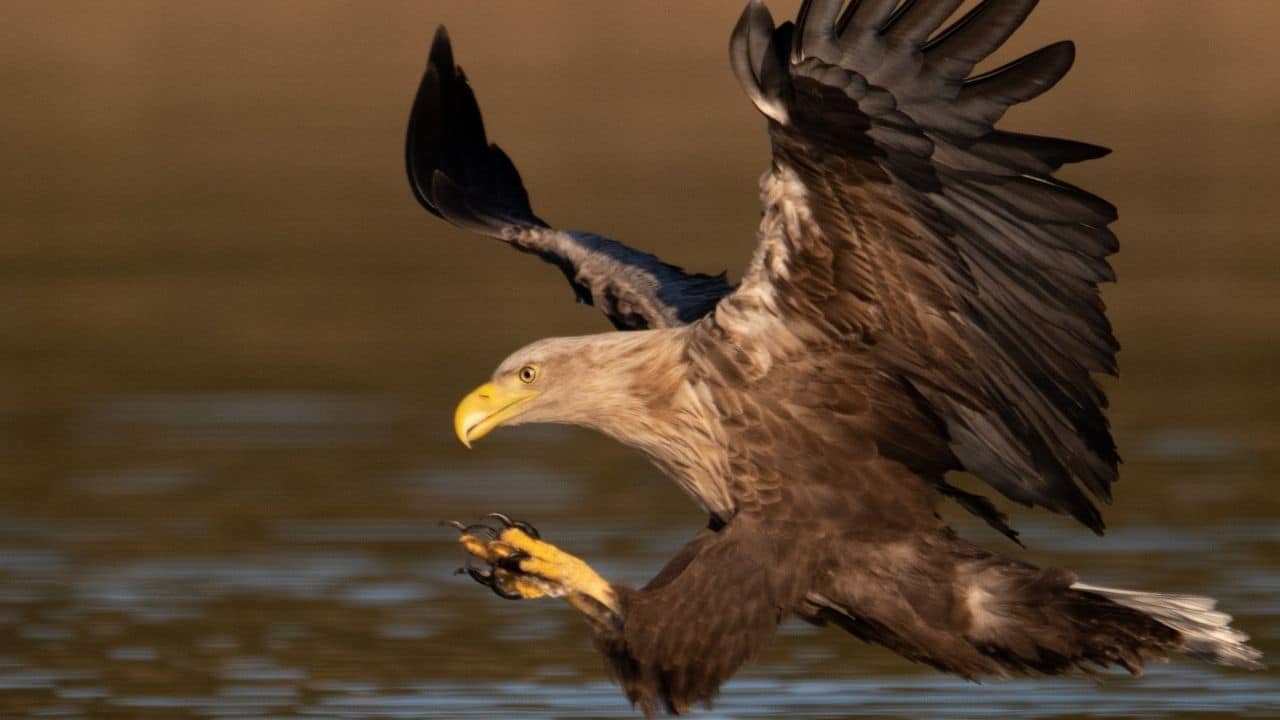 Another sea eagle group, the White-Tailed Eagle, is primarily brown, with some gray plumage and a white tail.

Also referred to as the Grey Sea Eagle, their wingspans can reach eight feet in an adult, weighing about ten pounds.

With cruising speeds like its relatives in flat flight, this enormous bird can move along at about 30 miles per hour. If necessary, they can speed up to 45 mph in short bursts.

The diving speed of the White-Tailed Eagle is about 100 miles per hour, which is in line with its cousin, the Bald Eagle. However, the speed of birds of prey gives them an edge over their competitors when hunting.

One of the longest living birds of this group, the White Sea Eagle, can live up to 45 years, which is a long time. However, they will produce many offspring to carry on their watch over the land in this time.

Frequently Asked Questions about How Fast can Eagles Fly

Are eagles the fastest birds?

No, that title goes to the Peregrine falcon, which can reach speeds of 245 miles per hour when diving.

Sea eagles, which all of these birds are, except the Golden Eagle, live along the coast of our country and feed themselves on land and sea.

Their speed and agility give them an advantage over other air and land creatures for dominance of their neighborhoods.

If you have the opportunity to wander into their habitat, look for them soaring high. They are a remarkable sight.