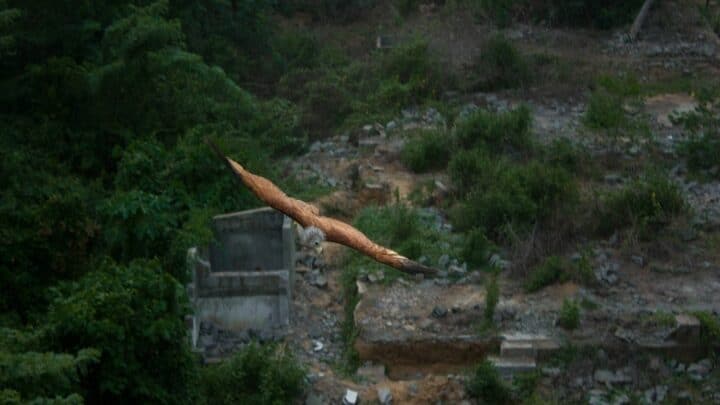 If a human flies much higher than that, it needs oxygen tanks to survive. Even though eagles can gain that altitude without the aid of a Cessna, they too have limitations.

What gives them an edge on the list of best hunters globally are their speed, agility, and keen eyesight. In addition, eagles are monogamous, meaning they mate for life and live in the same home.

For some eagles, that can be as long as 45 years.

Interesting birds in every aspect, there is a lot to learn about eagles, and you can read on to learn how high do eagles fly.

How High Do Eagles Fly?

Eagles can fly to altitudes of 13,000 feet (3963 meters) under the right conditions. They can see for over 300 miles from this height (483 km), giving them a substantial hunting ground. They will command an area of 60 square miles (155 m²) to maintain their diet and offsprings, and fly over 2 miles high (3.2 km) with the aid of thermal updrafts and 8-feet wingspans.

Those enormous wings are for more than impressing a mate. The wings of an eagle enable it to take advantage of heat rising from the land or sea to soar to incredible heights.

Like a glider, an eagle floats upward from one rising column of air to the next. From their lofty flights, eagles can take a look at their surroundings and search for prey.

If they had to flap their wings the whole way up, they would become exhausted and expend all their energy. However, their ability to glide allows them to float on the wind effortlessly.

With just a few adjustments of their wingtips, an eagle can move very little as they ascend. The few times they exert energy is for flight corrections, which requires much less energy than straight-line flight.

The ability to fly so high gives them an advantage over lesser birds and land animals who often seek the same prey.

From their Maximum Altitude, Eagles can See Far, Far Away

At an elevation of 10,000 feet, a human with excellent vision can see for 123 miles. However, eagles and other avian family members can see 4-5 times further than any human.

At an elevation of 10,000 feet, an eagle can see three to five hundred miles across the land.

Therefore, when they see prey, they can dive to catch it, and with the ability to attack at speeds of close to 200 miles per hour (Golden Eagle), there is a fair chance they will catch a meal.

At two hundred miles and hours, a Golden Eagle can traverse a great expanse. They may live in a 60 square mile area; however, they can hunt much larger areas.

The Four Eagles that Make the United States Home

The United States is home to four different species of eagle. They include the well-known Bald eagle and the Golden eagle, which are native to North America.

Sea eagles, including the Bald eagle, Steller’s Sea Eagle, and the White-tailed eagle, hug the shores and estuaries of our coasts and cannot gain the great altitude of the Golden Eagle.

This trio can climb to about 10,000 feet, which gives them a grand view of the land and sea.

From this height, they can see prey in the ocean or along the shore, and from their elevated positions, they can see for miles and miles.

The Stellar’s Sea Eagle and White-tailed eagle come from Asia and Eurasia via the Aleutian Islands. The largest among them is the Golden Eagle.

The Golden Eagle is the Highest Flyer

The Golden eagle is the biggest and fastest of eagles in the United States. This is a formidable bird with a wingspan that can reach eight feet and a diving speed that nears 200 miles per hour.

Unlike its relatives, who are all breeds of Sea eagles and live a coastal life, the Golden eagle makes its home inland.

From the plains of Mexico to the tundra of Alaska, golden eagles make their homes in high nests that they call home for life.

All eagles have generational territories and will stay there unless disturbed by man or an act of nature. This is an interesting trait that is rare in the animal kingdom.

Are eagles the highest flying birds?

Eagles aren’t the highest-flying birds. Holding the record in the avian world for the highest recorded flight is Ruppell’s griffon vulture, which was recorded at an altitude of 37,000. But, of course, that is commercial airplane space, so maybe you did see a griffon flying along beside you on your last flight.

How many breeds of eagles are there?

There are over 50 breeds of eagle worldwide and can be found from desert plains to the icy cold of the Arctic. They all have different characteristics and abilities and have speed and agility that gives them an edge when hunting.


Eagles Can Fly as High as Small Airplanes

Eagles and other birds can and do fly in the same airspace as private and commercial planes. They don’t plan to do so but share the same sky.

There are incidents where planes have flown through flocks of birds and birds getting into planes’ engines and causing damage. 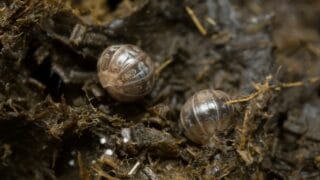 Previous
Terrestrial Isopods — All You Need to Know about Them 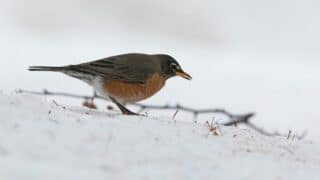 Next
What Robins Eat In The Winter — The Answer!

[…] Golden Eagle and Bald Eagle are North American natives. Steller’s Sea Eagles and the White-Tailed Eagle come to us from Asia and […]