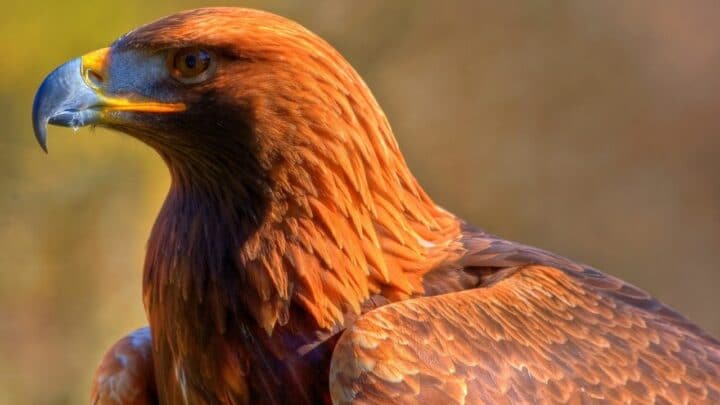 As one of the largest avian predators in the world, eagles have few predators. Eagles are known to fight amongst themselves and die from their clashes.

Other predatory birds sneak up an attack on them. Still, overall, eagles are the dominators of the sky in the avian world.

The bald eagle must be wary of wandering into the territory of the Great Horned owl, as they will fight for the area they dominate. I am sure that a great horned owl would eat an eagle if it took one down.

They are carnivores, after all.

Threats to eagles can come from the land and the sky, and they must be on guard at all times.

However, the time they are most vulnerable is when they are in their nests, and it is here that other predators looking for dinner will eat eagles.

Eagles have very few enemies due to their size and ability to fly. Read on to learn what animals from the land and sky will eat eagles.

The great horned owl and lesser owls will attack eagle’s nests and take the babies. The great horned owl will take on a bald eagle entering his territory, though it is three times its size. Likewise, land-bound animals such as raccoons, smaller owls, hawks, and other predators will rob nests if they can reach them.

One of the largest flying predators, the four species that make North America their home, are giant birds.

They are not easy targets for other birds unless they are in their nests, babies, young adults, sick, or wounded.

Their speed and agility in flight and ability to build nests far above the ground keep them safe from most predators.

However, other predatory animals such as bobcats, crows, raccoons, hawks, owls, and gulls will attack eagle’s nests for the eggs and the eaglets.

Their ability to fly above the fray protects them from potential predators. However, they cannot always build their nests high enough to protect their young from hungry predators.

Rocky shorelines may not offer a tall tree or power pole, and nests made near the ground are especially at risk to predators.

Eagles fly to altitudes that can put them in danger of collisions with airplanes, but eagles tend to live off the beaten path. The Golden eagle will stake out an area of around 60 square miles to call home.

They tend to choose a location away from people because the food is for these large birds of prey.

The Encroachment of Man into the Territory of Eagles

As we continue to take over open lands, pave them and turn them into parking lots, sub-divisions, eagles, and other predatory birds have lost hunting grounds. This leads to more competition over the remaining food in the areas they live in.

The following result is undernourished eagles that become weakened and at risk of illness or parasitic infection. These afflictions include parasites of the blood and skin.

Parasitic infection can eventually affect the organs of eagles, cause illness, weaken them and open them up to attack from other predators.

Although not killed as a food source by them, man is the greatest threat to all species of eagles. Young bald eagles that do not have a white head and tail yet look like vultures or large crows and are often shot by mistake.

Other breeds of eagles can be mistaken for other predatory birds and be shot, too.

An adult golden or bald eagle can pick up a chicken, lamb, or piglet and fly away with them. Ranchers and farmers often shoot eagles to protect their livestock.

Once an endangered species, they are still covered by many federal laws.

While in the air, eagles dominate the sky. They are bigger, fly higher, faster, and further than other birds, and only the Great barn owl has the grit to take one on in aerial battle.

However, their nesting areas can put eagles, and they are young at risk if located in the wrong place. They prefer to place their nests high above the ground, in dead trees.

In areas where eagles are common, you will see nests atop poles, high above any threat.

However, even when eagle’s nests are placed high above the ground, eaglets and eggs are still prey to other birds. Adult eagles cannot stay in their nests all the time.

They have to eat themselves and hunt for their young. It is at these times that the nest is vulnerable to other hungry animals.

What they can do, though, is keep an eye on their nest from above as they scope out the landscape for food. Eagles are very protective of their young.

They will fight all comers if threatened, whether the threat comes from below or above.

Eagles are very territorial and will live in the same area all of their lives if they are not disturbed by urban growth, fire, or man.

Animals who get to eat eagles obtain their dinner through luck, as killing an eagle is no easy feat. They have few natural predators and live their lives on offense and rarely on defense.

Unless they are being harassed by blue jays or crows who take great pleasure in pestering eagles but can do them little harm, fortunately, it is easier to find eagles in the wild than 40 years ago.

So, if you get time, find a wooded area, look skyward, and see if you can find an eagle soaring. 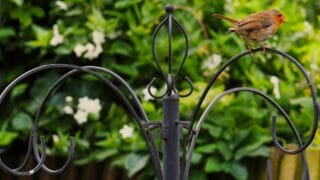 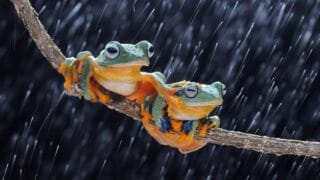