Whether you’re admiring your pet bird or one soaring out in the wild, it’s hard not to become entranced by their feathers.

Those colorful and lustrous feathers are synonymous with our flying friends.

But do all birds have feathers?

Stay tuned if you are curious to learn more about this interesting topic.

Are There Featherless Birds?

There are no featherless birds. Kiwis may look like they are covered in hair, but they do have a coat of very short feathers. Penguins also have unusual-looking feathers that may be mistaken for something else. If a bird is losing its feathers, that is likely it has some kind of condition. 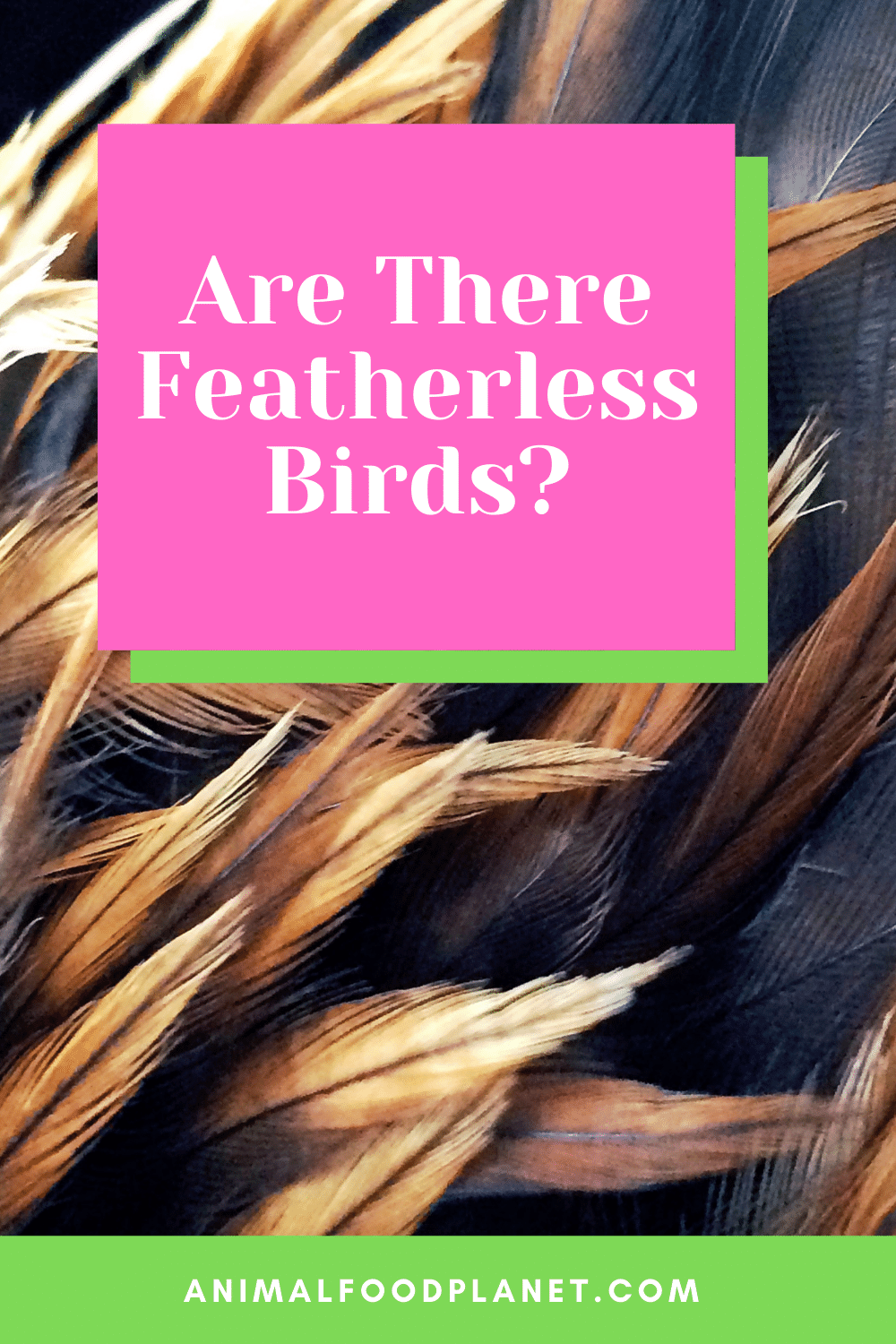 Are There Featherless Birds?

Do All Birds Have Feathers?

Birds have feathers. They have evolved continuously over numerous centuries and while they have developed different features, their feathers have remained intact.

You won’t find any birds that lack feathers. Still, some people may argue against that assertion.

When they do, they often point to the kiwis and penguins as examples of birds that do not have feathers.

What Kind of Feathers Does a Kiwi Have?

If you are looking at them from afar, you may start to suspect that kiwis do indeed lack feathers. That’s an easy mistake to make.

It’s a mistake people often make because the kiwi’s feathers are unlike what you’ll find on other birds.

Kiwi feathers are unique because they also utilize them differently. Kiwis don’t fly and they don’t swim around either so they have no use for feathers that aid with those activities.

Instead, a kiwi’s feathers are meant to keep itself warm. Those short feathers look a lot like hair and they keep the kiwis nice and cozy as they go around searching for food.

In addition to providing warmth, those feathers are also useful for camouflage. Those feathers allow kiwis to avoid the gaze of their would-be predators. 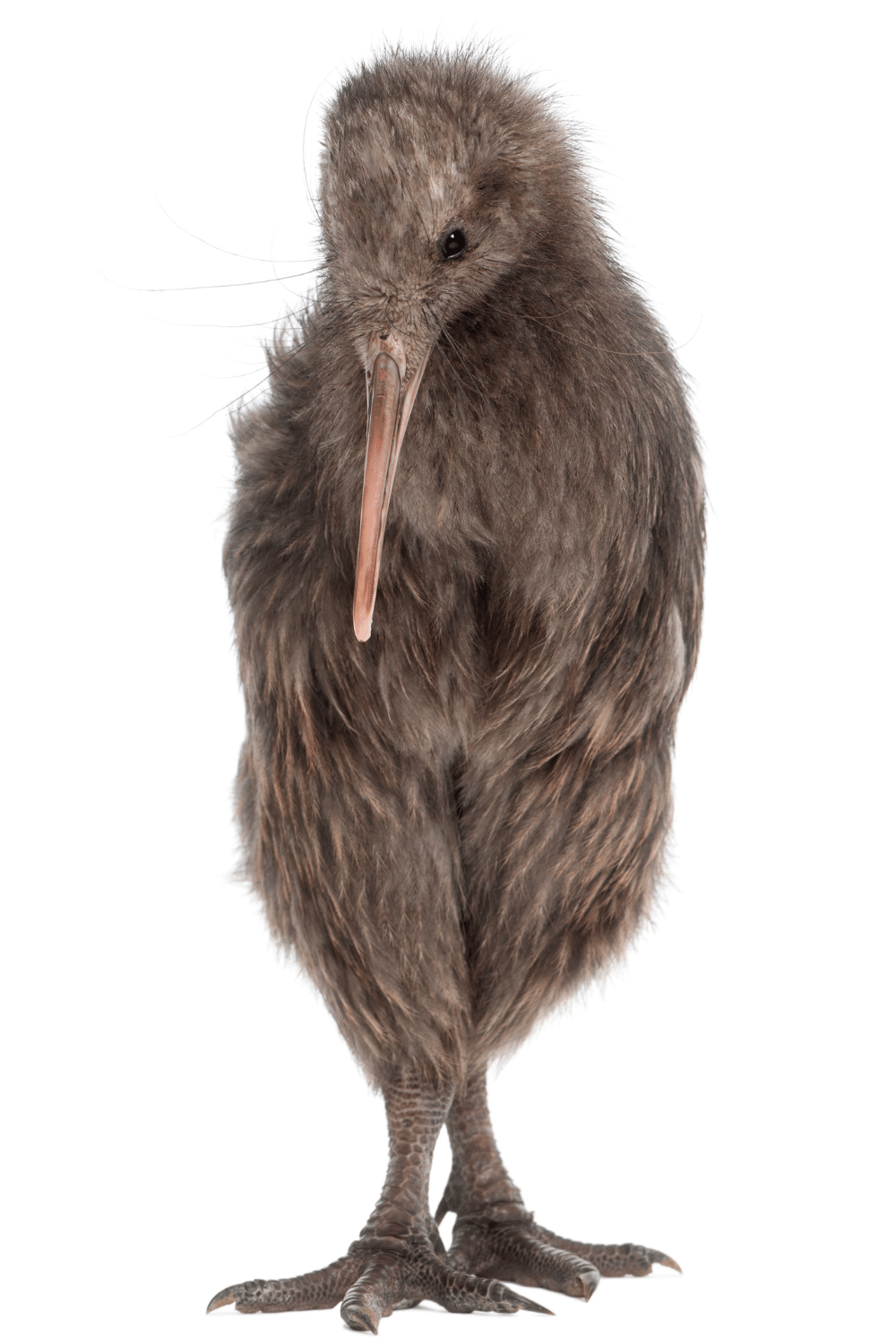 What Kind of Feathers Does a Penguin Have?

Similar to kiwis, some people suspect that penguins lack feathers because they never see them in the air. They think that penguin coats are made of hair instead of feathers.

Once again, those coats are still made of feathers. Admittedly, they do look quite different.

The main difference between penguin feathers and the ones birds usually have is related to length.

Penguin feathers are short and compact. They need to be because penguins often rely on them for swimming.

Compared to other bird feathers, a penguin’s feathers also feel slightly harder. That added hardness allows penguins to move around faster when they are in the weather. 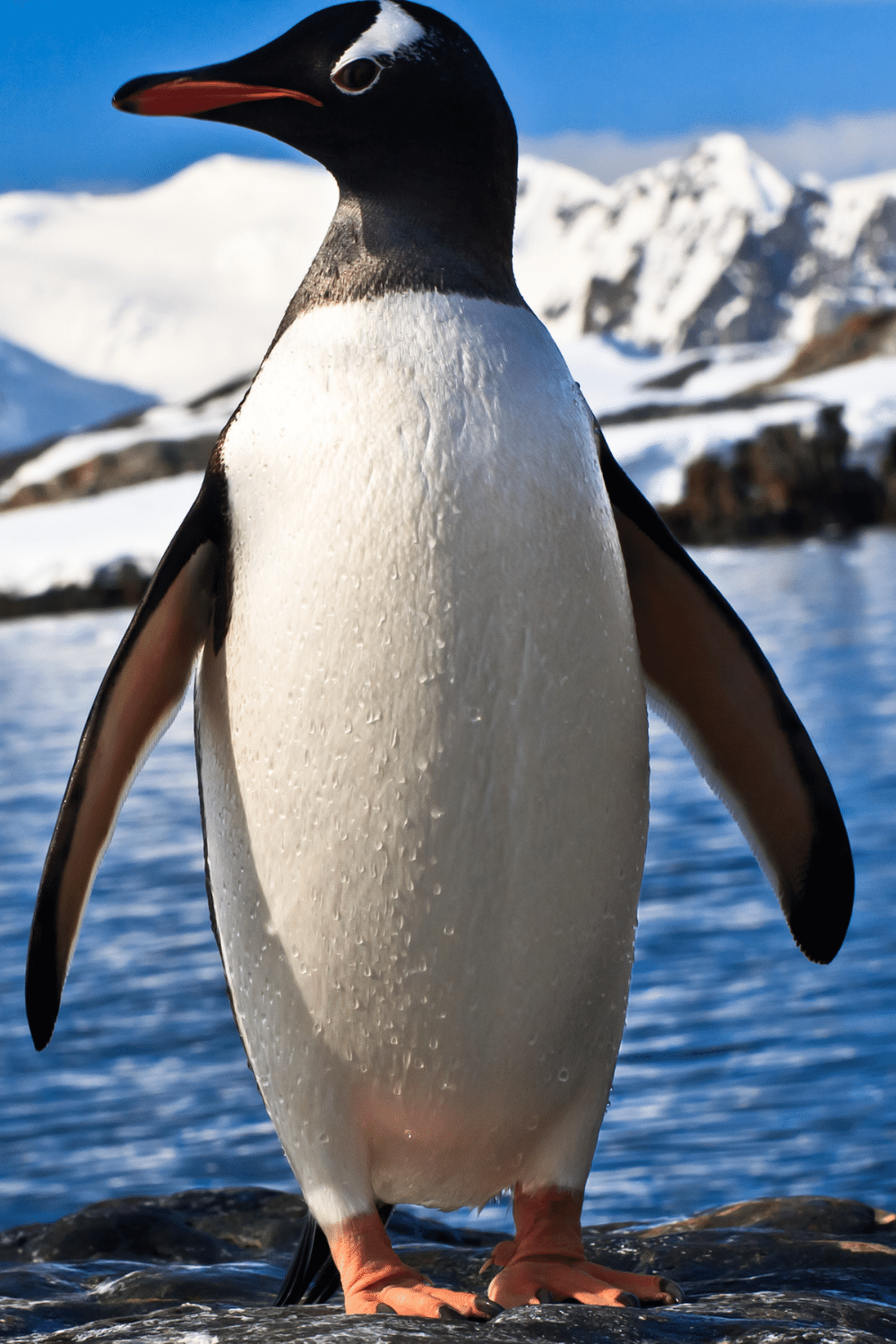 Why Do Some Birds Lack Feathers on Certain Parts of Their Body?

Featherless birds do not exist, but you may find that some of our flying friends are lacking complete coats.

Is that a normal thing or is there some reason that could explain why a particular bird is missing feathers?

Some Birds Do Not Need Certain Feathers

First off, you may encounter birds that do not need to have feathers covering certain parts of their body. The wild turkey is one such example.

Wild turkeys have bare breasts, but that is not an issue for them. That’s because the feathers they have growing nearby are large enough to cover their chest.

Also, a wild turkey’s breast is not completely bare. There are still some small feathers there that form a supplemental coating. 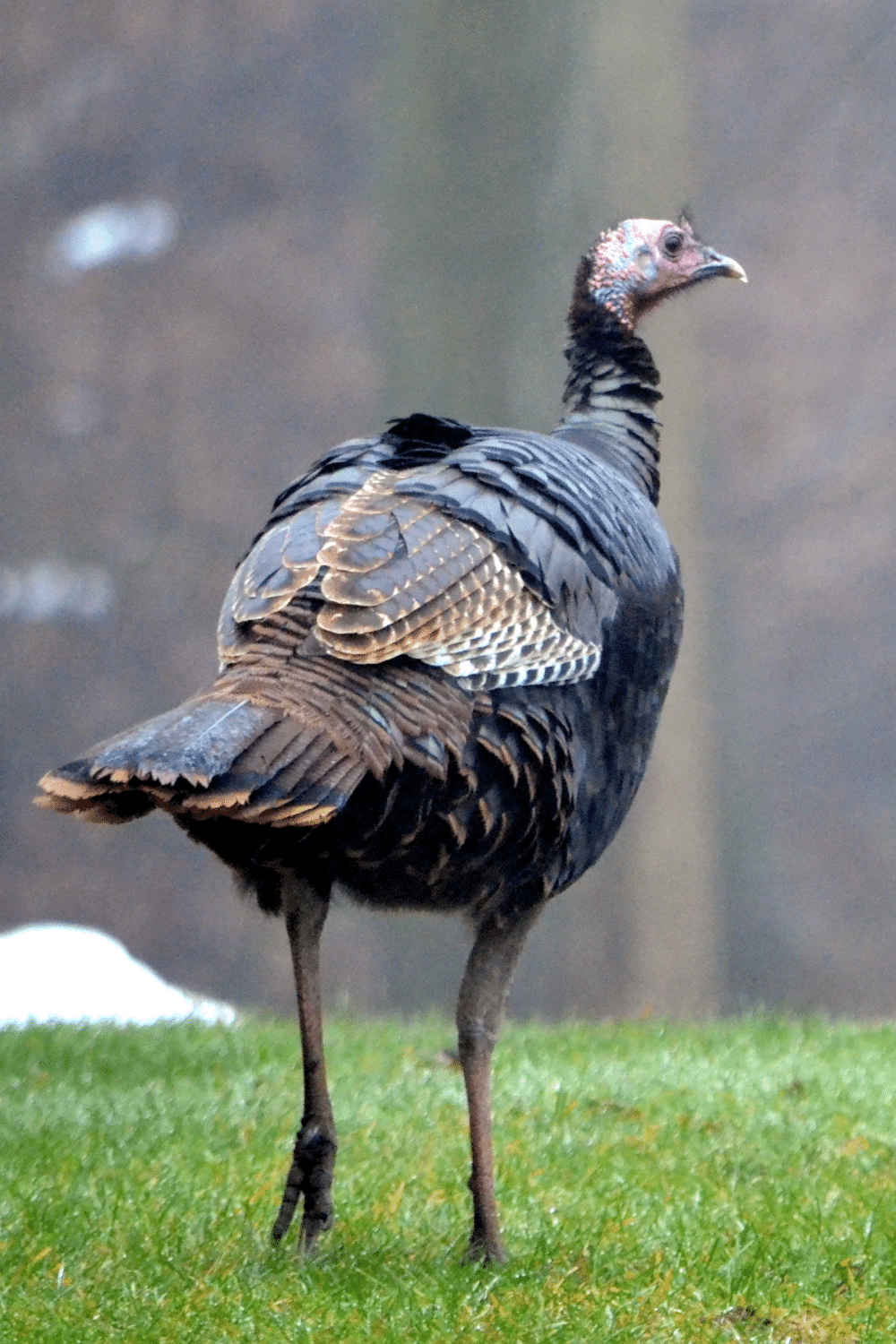 Some Birds Have Bald Spots for Mating Reasons

Frigatebirds are known for lacking feathers around their neck area. This time around, the bald patch is replaced with something other than skin.

What you’ll find instead of skin is a kind of red pouch.

Frigatebirds inflate those pouches to draw the attention of potential mates. If feathers were blocking that pouch, then frigatebirds may have a tougher time finding each other during mating season. 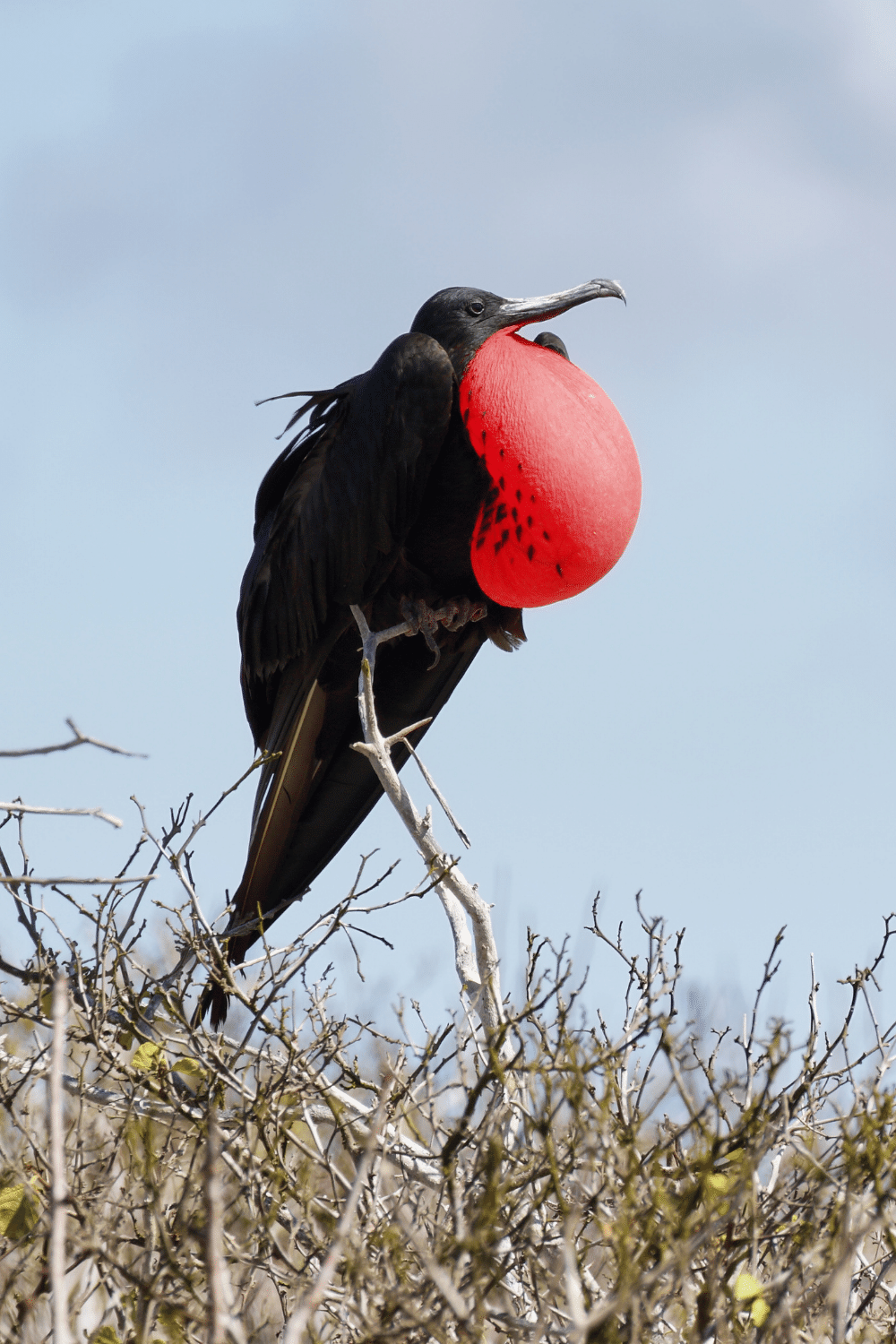 Some Birds Have Bald Spots for Survival

In the wild, you will also find birds that have no feathers covering their head. Vultures are common examples of birds with bald heads.

So, why do vultures lack those particular feathers? In all likelihood, those feathers went away for evolutionary reasons.

Feathers on top of a vulture’s head are likely to be covered by the remains of the meal the bird just had. Those feathers could end up very bloody and that can be a real issue.

Vultures may have a hard time seeing or flying if some of their feathers are doused with blood. They’re also easier to spot if they have such a bright target on their head.

Vultures lacking their feathers is an advantage for them. It helps them feed without being targeted by any nearby predators. 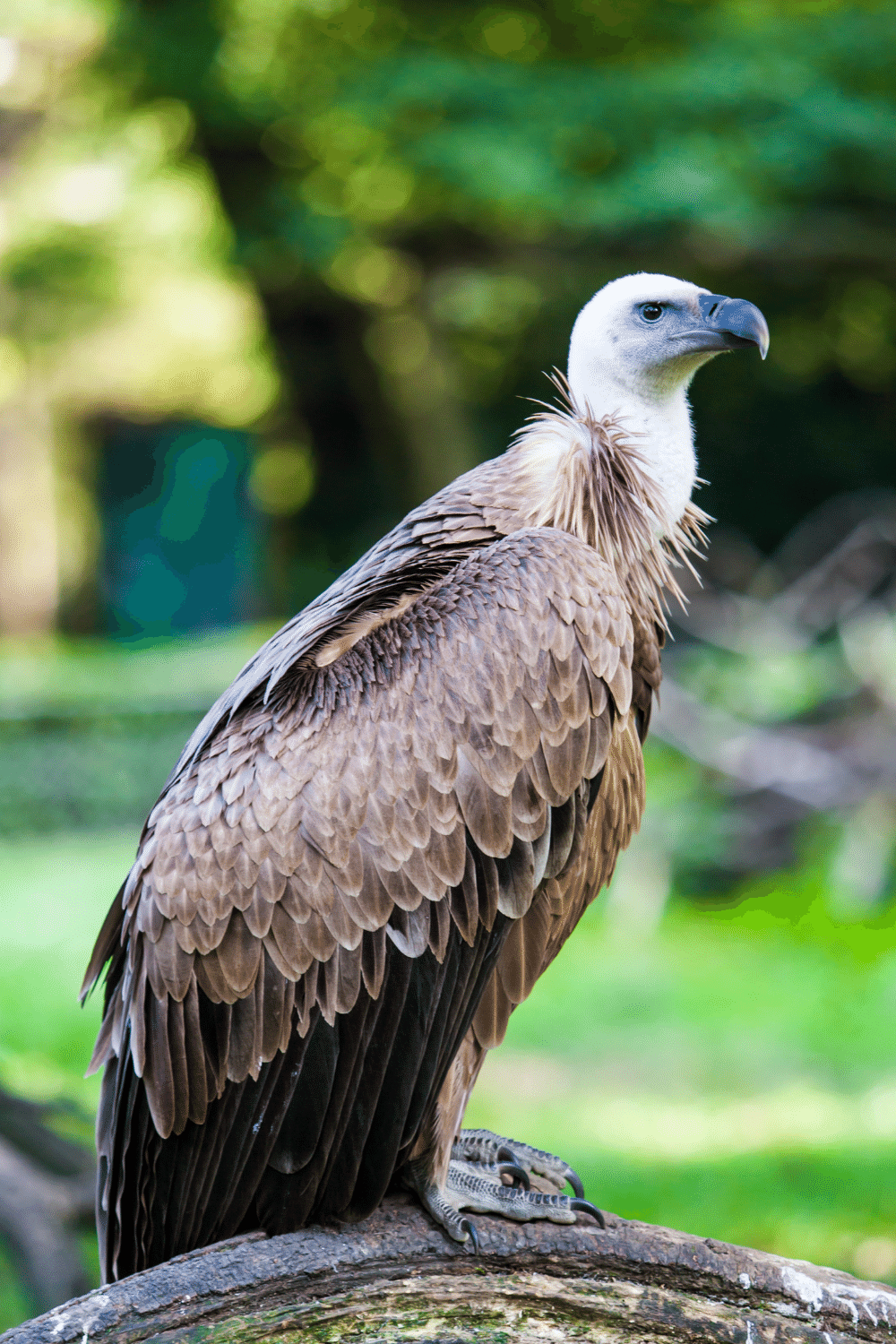 Some Birds Lose Their Feathers Due to Illness

Lastly, let’s focus on why some birds that used to have such lovely feather coats may gradually lose them.

One potential explanation for that phenomenon is a disease. To be more specific, a bird that is losing its feathers may have a psittacine beak and feather disease.

According to PetMD, feather disease and psittacine beak are caused by the Circovirus.

Once a bird is infected by the Circovirus, it may only grow short or clubbed feathers. The feathers may also lack color.

Sadly, the loss of feathers is not the only problem caused by the Circovirus. Birds that are afflicted with this disease often up dying, though how quickly they pass away can vary.

Thus far, no treatment is available for the psittacine beak and feather disease. The only thing you can do is to isolate your sick pet and give them a calm environment where they can peacefully live out the rest of their days.

1. Do Birds Lose Feathers as They Age?

Some birds do lose feathers as they age and that is noticeable in their thinner coats. You may also find that older birds have feathers that are not as colorful and lustrous compared to their younger counterparts.

2. Can Birds Fly without Feathers?

No, birds will not be able to fly if they don’t have any feathers. They need those feathers to generate lift so they won’t be able to get off the ground without them.

You won’t find any featherless birds, although some species look different enough to make you second guess that fact. If you do find a featherless bird, it is likely one that is losing its trademark coat due to a serious illness.