Out in the wilderness, we know to be wary of certain animals like bears, mountain lions, and snakes, but is that it?

If you encounter a wild board while you’re out camping or hiking, how much of a threat will it pose to you?

By the way, did you know those wild boars are not native to the Americas according to Mississippi State University as they are an old-world animals.

You need to know how to act if you happen to encounter a wild boar during your time out in nature. Let’s go in-depth on that topic in this article.

Wild boars do not pose a threat to humans as long as they are left undisturbed. They are especially irritable during the breeding season so people are urged to avoid them as much as possible. Wounded wild boars are known to exhibit unpredictable behavior. 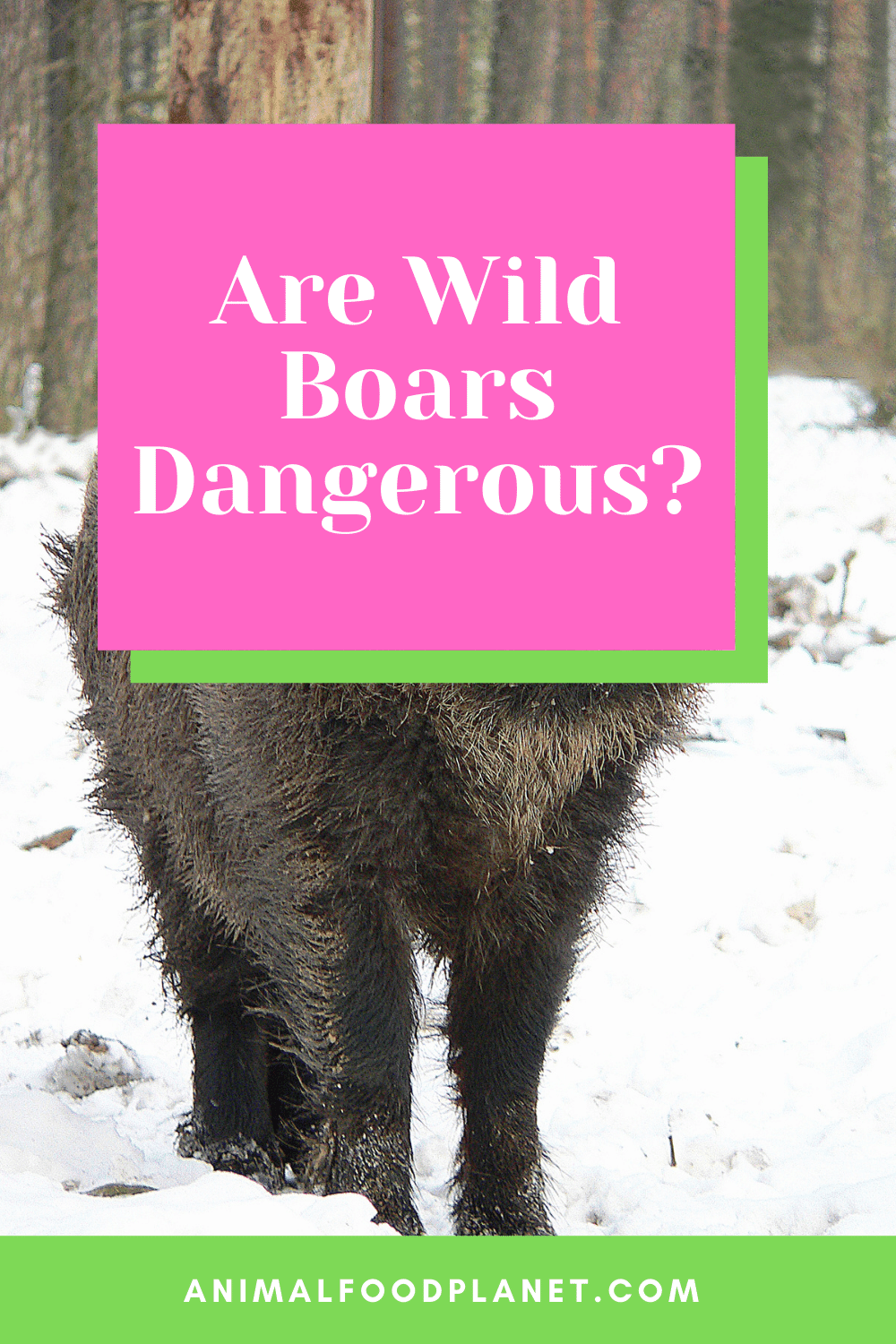 Why Do Wild Boars Become Dangerous?

Not all wild boars are automatically dangerous. The one you saw walking around in the forest may have just been looking for food and it may want nothing to do with you.

That wild boar may have been more afraid of you than you were of it. It may just return to its herd where it can relax again.

However, there are also situations wherein wild boars may become aggressive, hence, the need to be wary of them.

Let’s describe those situations in greater detail below. 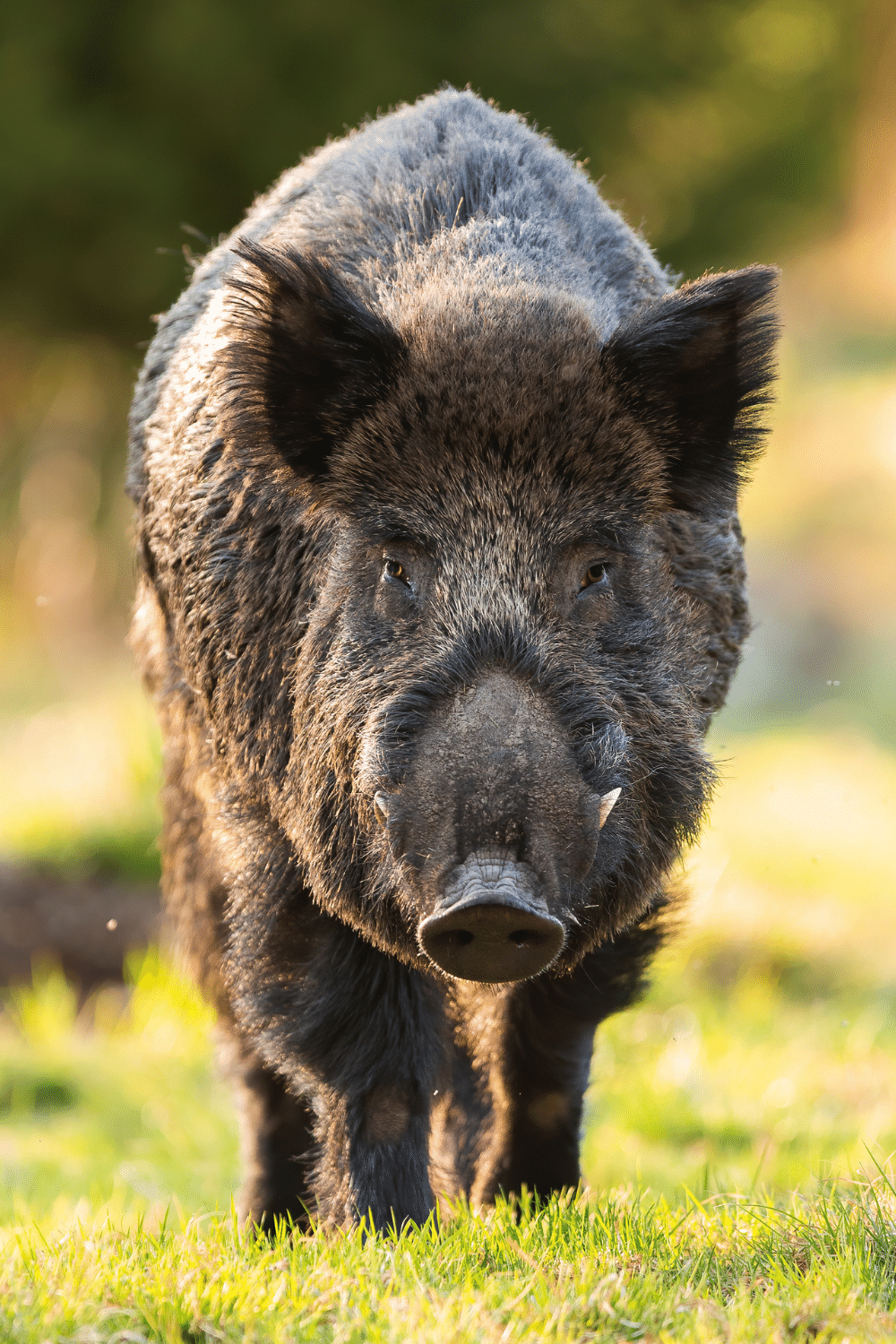 Not All Wild Boars Are Automatically Dangerous

1. Wild Pigs Can Be Dangerous during Breeding Season

Many animals in the wild get very defensive if they have their offspring with them.

The moment a wild animal thinks that it could be a threat to its offspring, it will not hesitate to take action.

Wild pigs are no different. Sows become very aggressive if they believe you are threatening their young.

A sow will not hesitate to target you if you get anywhere near its offspring. It will resort to physically harming you if deems such an act necessary.

Stay as far away as you can from wild sows during breeding season so you can avoid that potential problem.

According to Wildlife Waystation, wild boars and sows breed starting in November to January.

Their piglets usually arrive six months later during the spring so that is when they can be most aggressive. 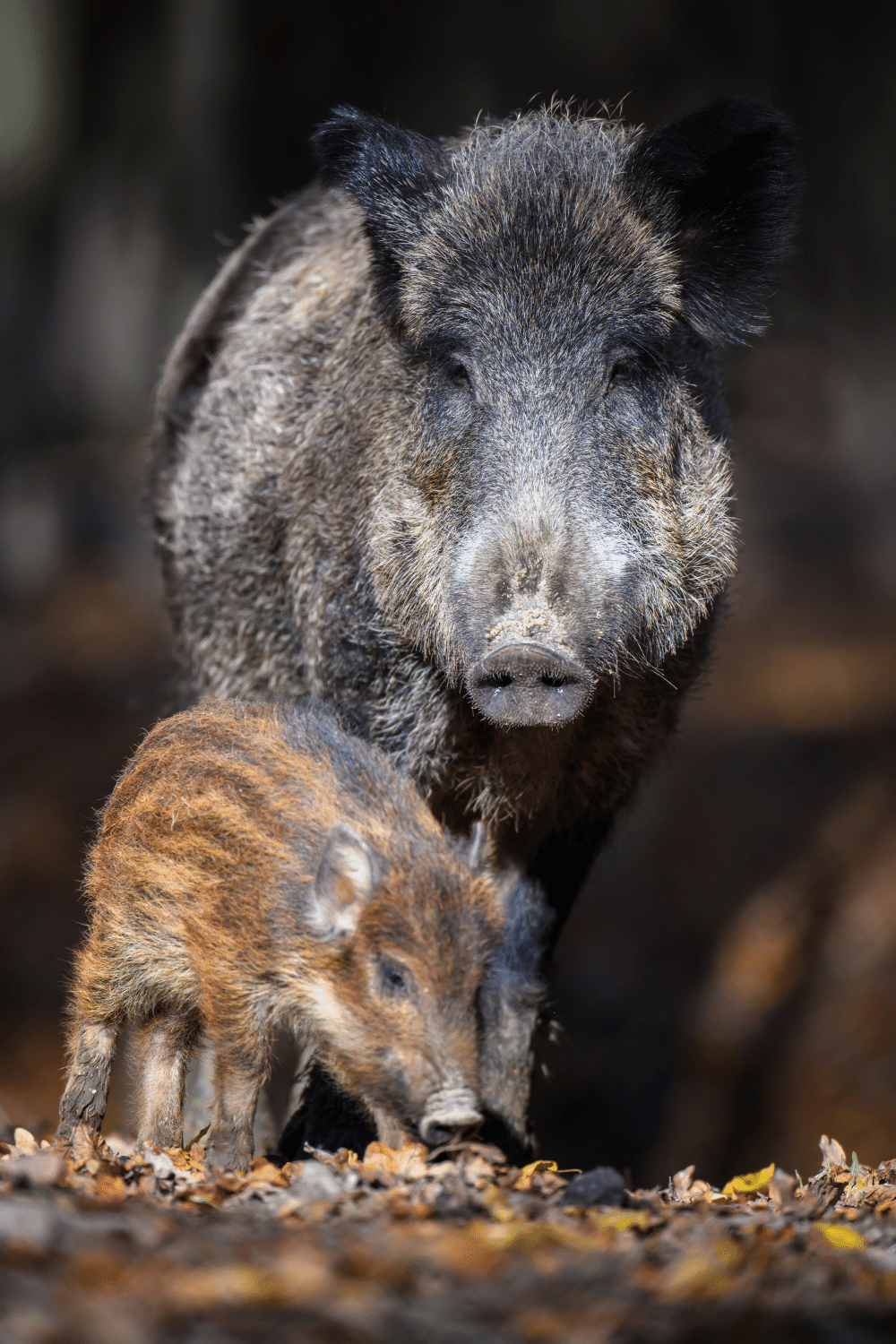 According to a popular saying, “a wounded animal is a dangerous animal”.

You can probably vouch for the accuracy of that saying if you’ve ever encountered a wounded animal in the wild.

That saying is also true for wild boars. But, not all injured wild boars are automatically dangerous.

Instead, it’s more accurate to say that a wounded wild boar is unpredictable.

Could the injured animal charge you in a desperate attempt to secure its safety? It’s certainly possible and the chances of that happening may even be elevated.

When faced with an injured wild boar, you should probably just leave it alone unless you are hunting it down. Don’t risk putting yourself in harm’s way by provoking that injured animal. 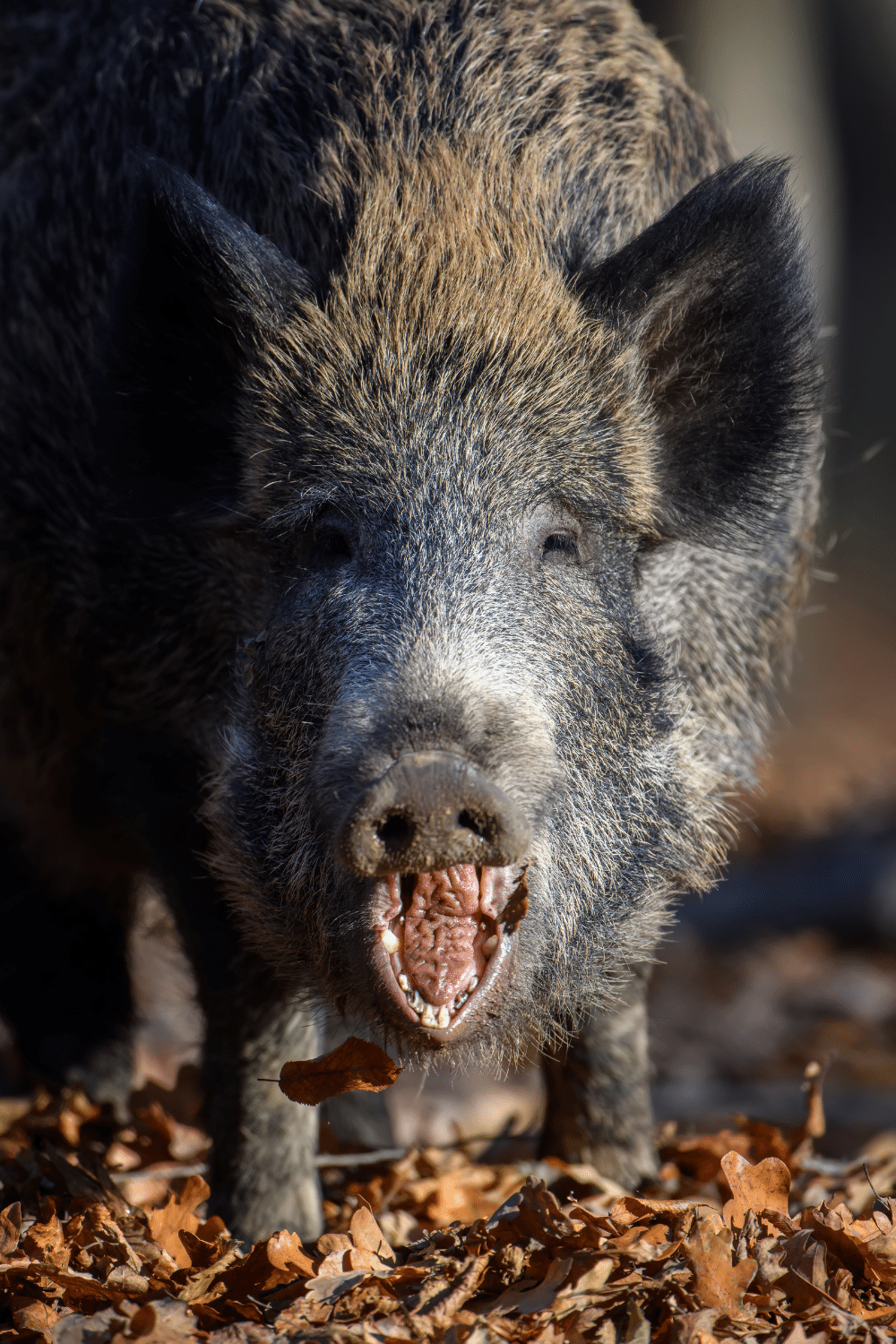 A Wounded Wild Boar Is A Dangerous Animal

A wild boar is dangerous not only when it is alive. Even in death, that animal can still endanger you due to the bacteria it harbors inside its body.

The CDC notes that there are more than 24 different diseases that people can get from wild hogs. Brucellosis is one of those diseases.

Notable symptoms of brucellosis include fatigue, fever, headache, joint pain, muscle pain, and swelling on different parts of your body. Those are some very troubling symptoms.

You should also be concerned because the symptoms of brucellosis don’t go away easily. If a wild boar infects you with that disease, you may have to deal with its effects for a long time.

Do not underestimate the threat posed by a wild boar.

Wild boars are more than capable of causing you harm if they decide to attack. That’s due in part to how they are built.

The average wild board weighs close to 180 pounds. It also has a compact body so it can generate plenty of force during its attacks.

You should also be wary of a wild boar’s tusks. Those tusks can wound you badly if you aren’t wearing protective clothing.

An average-sized wild boar is fully capable of injuring you during an encounter. Be wary of it or else you could find yourself in danger. 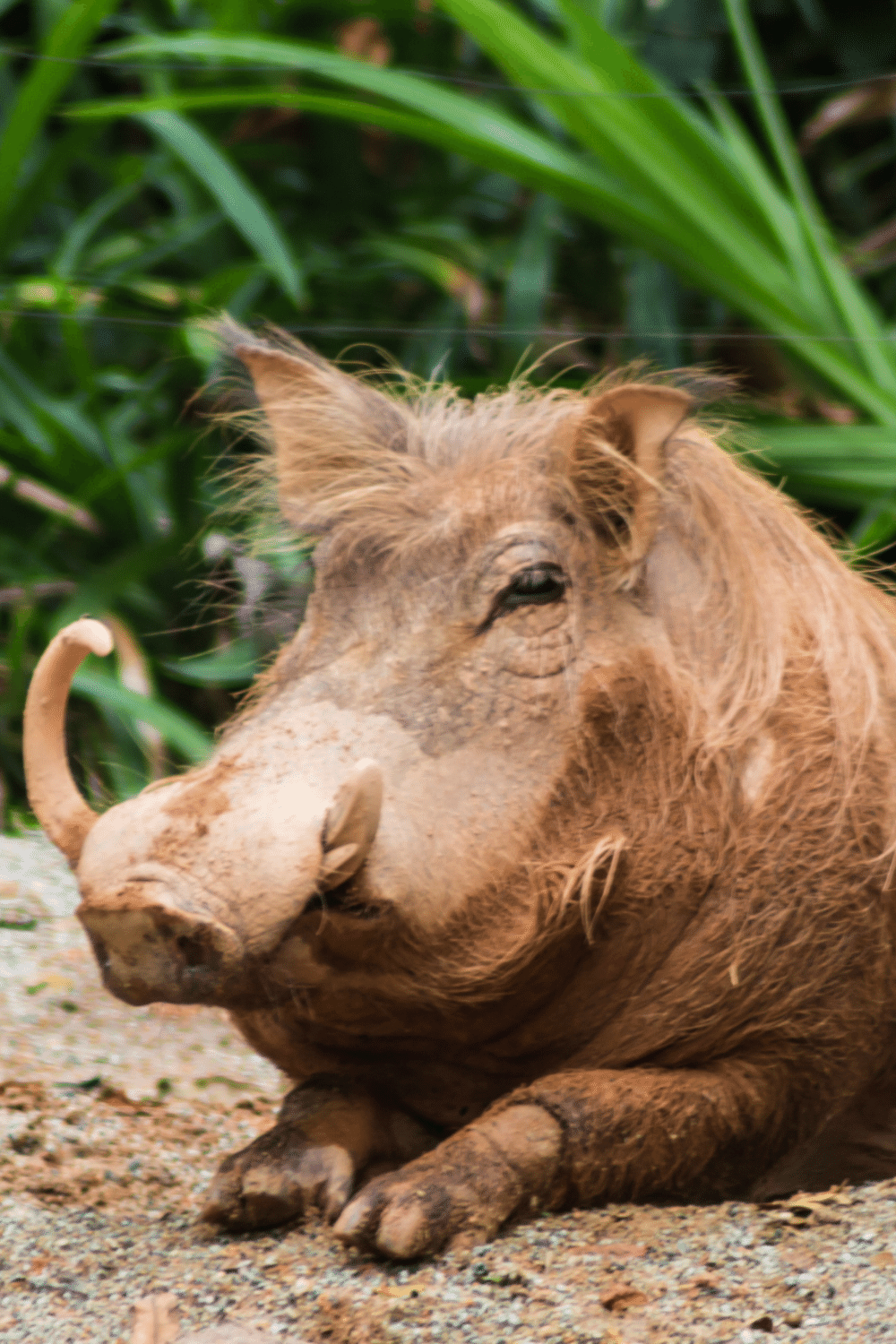 How Do Wild Boars Attack Humans?

A wild boar may not be as fearsome as some of the apex predators found in nature, but it can still cause you serious harm.

Its ferociousness and method of attacking make it especially dangerous.

Typically, wild boars attack by charging you at full force. And, they do so to get you off your feet and to put you in a compromised position.

You are more vulnerable to a wild boar’s attacks if you are on the ground.

While you’re on the ground, a wild boar can use its tusks to target your body and cause serious injuries.

The wild boar will continue to attack until it has neutralized the threat you pose. It may charge at you continuously if it deems the act is necessary. 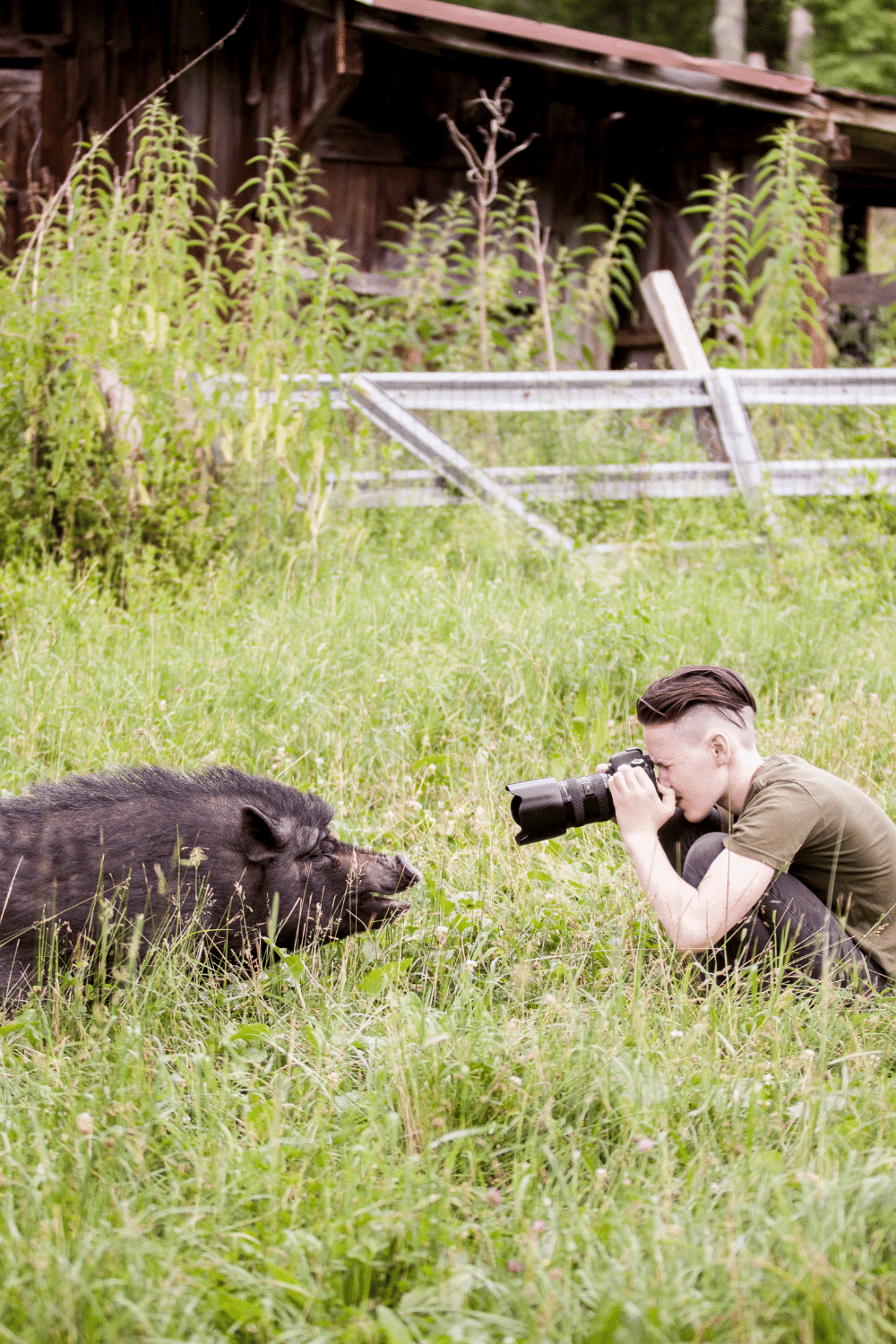 How Can You Survive a Wild Boar Encounter?

If you find yourself face to face with a wild boar, back away slowly while not taking your eyes off it and try to find a spot where it cannot reach you. When the boar is already attacking, use sticks, stones, and other objects around you to fend it off. Don’t drop to the ground because you’re in greater danger in that position.

Can You Eat Wild Boar?

Eating wild boar is possible, but be very cautious during prepping and cooking. Wash your hands often when handling the raw meat of the boar and clean any spots on the counter that make contact with it. Cook the wild boar t0 160 degrees Fahrenheit (71 degrees Celsius) internal temperature before serving.

Wild boars are not animals you should be messing with. Do your best not to bother any wild boar you come across because they can be dangerous when they are provoked.

Even a dead wild boar can still be dangerous if the situation isn’t handled properly.