Looking strikingly similar to a cartoon bear, koalas are known for being adorable.

These animals are native to Eastern Australia, with under 100,000 believed to be in existence. But their population has been dwindling, making them a vulnerable species.

Many wrongly believe that a koala cannot harm, myself included.

The reality, however, is that koalas can cause you a lot of harm if you aren’t careful.

Koalas can be dangerous to humans, but only if they feel frightened or intimidated. They can become overly aggressive. Their claws are sharp enough to cause deep slashes on your body. They also tend to urinate directly at a person which can pass on Chlamydia to anyone in contact with the urine. 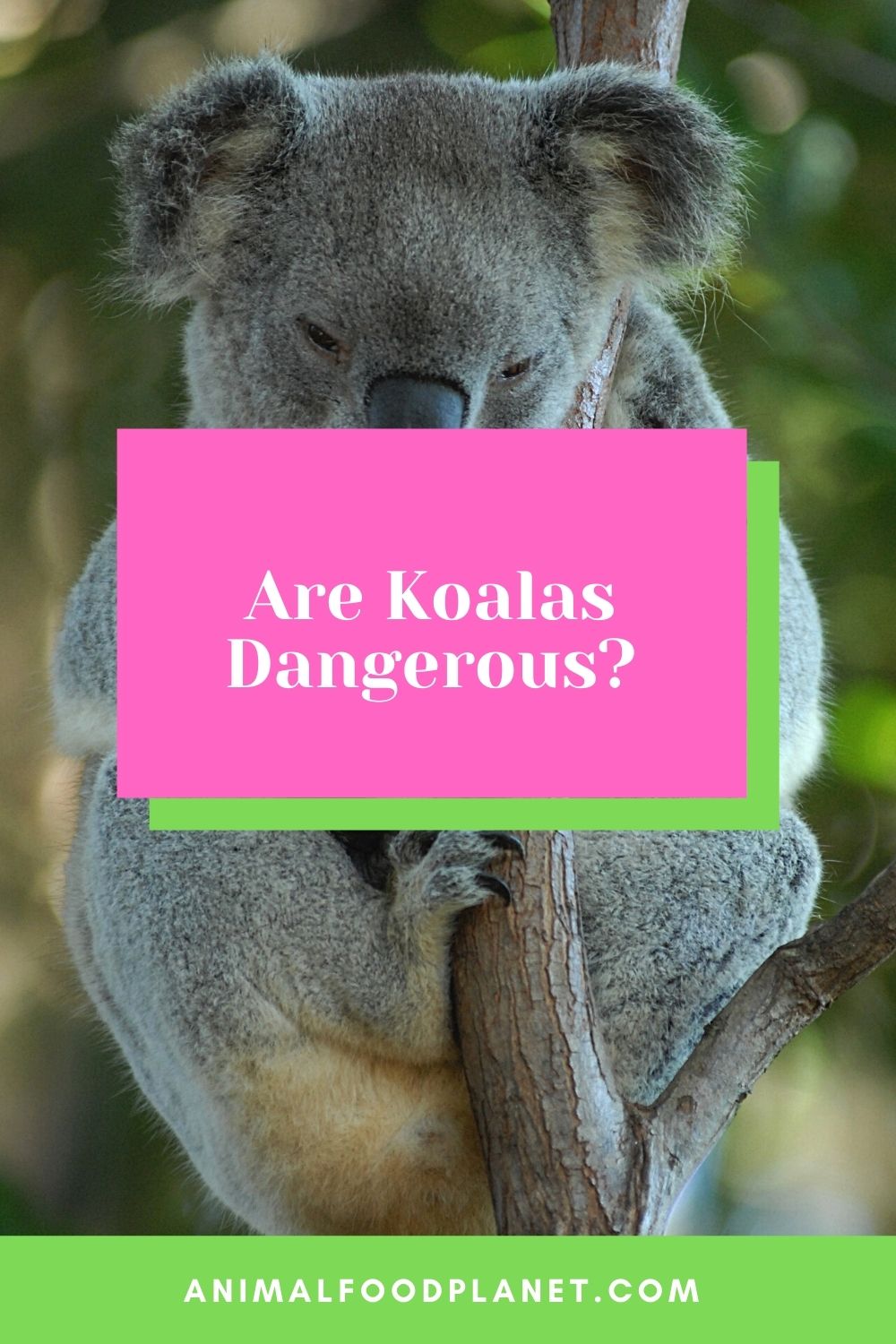 When Do Koalas Become Aggressive

1. When Their Offspring are Threatened

Just like with animals (including humans), if you get close to their young, they will go on the offensive.

They won’t typically leave the baby’s side, so you can safely run away if necessary. 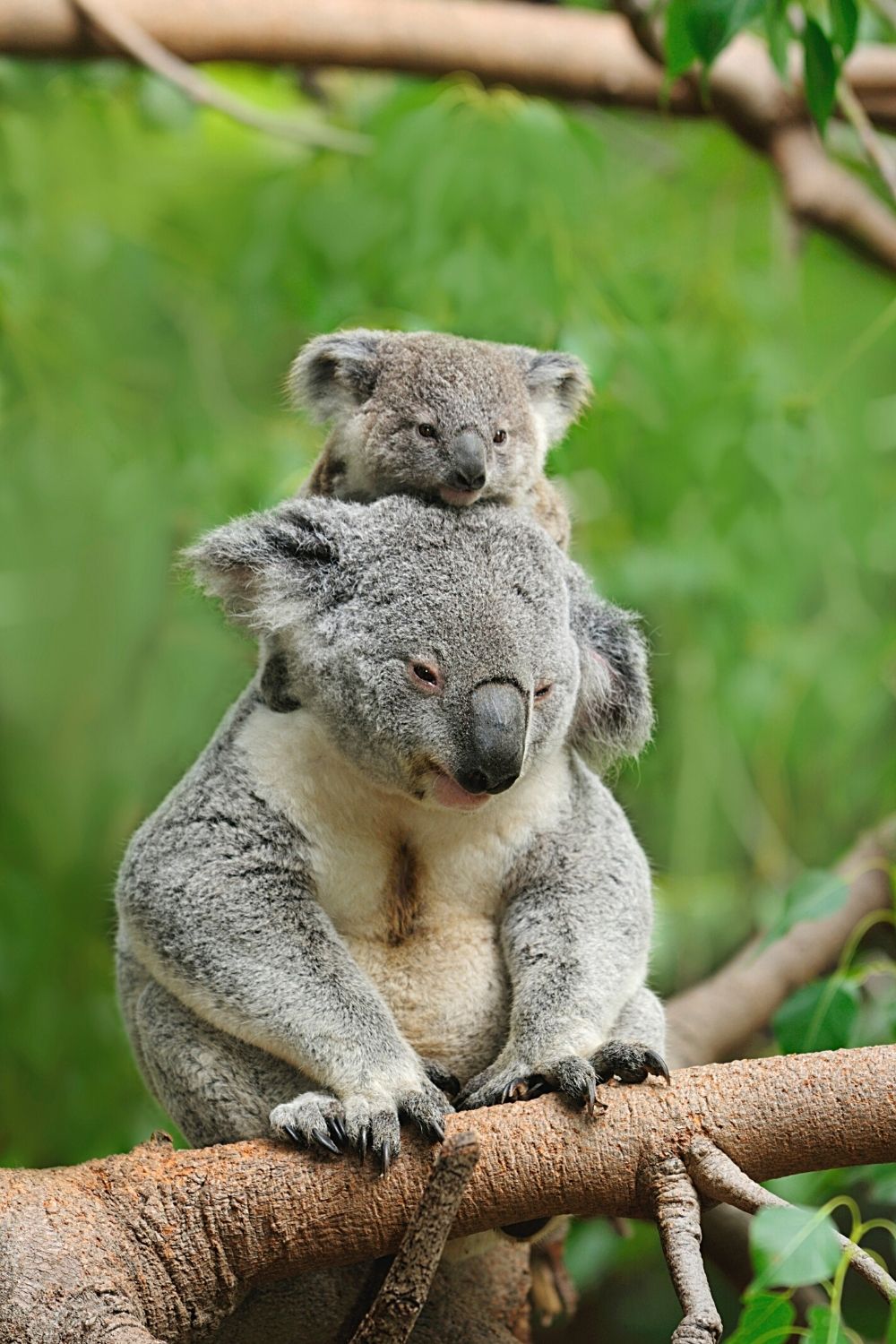 When their joeys are threatened, the mother koalas do everything to protect them and get offensive

2. When Their Boundaries are Crossed

Koalas mark their territories and are very protective of their space.

If a human or animal enters these places, they will quickly become aggressive. 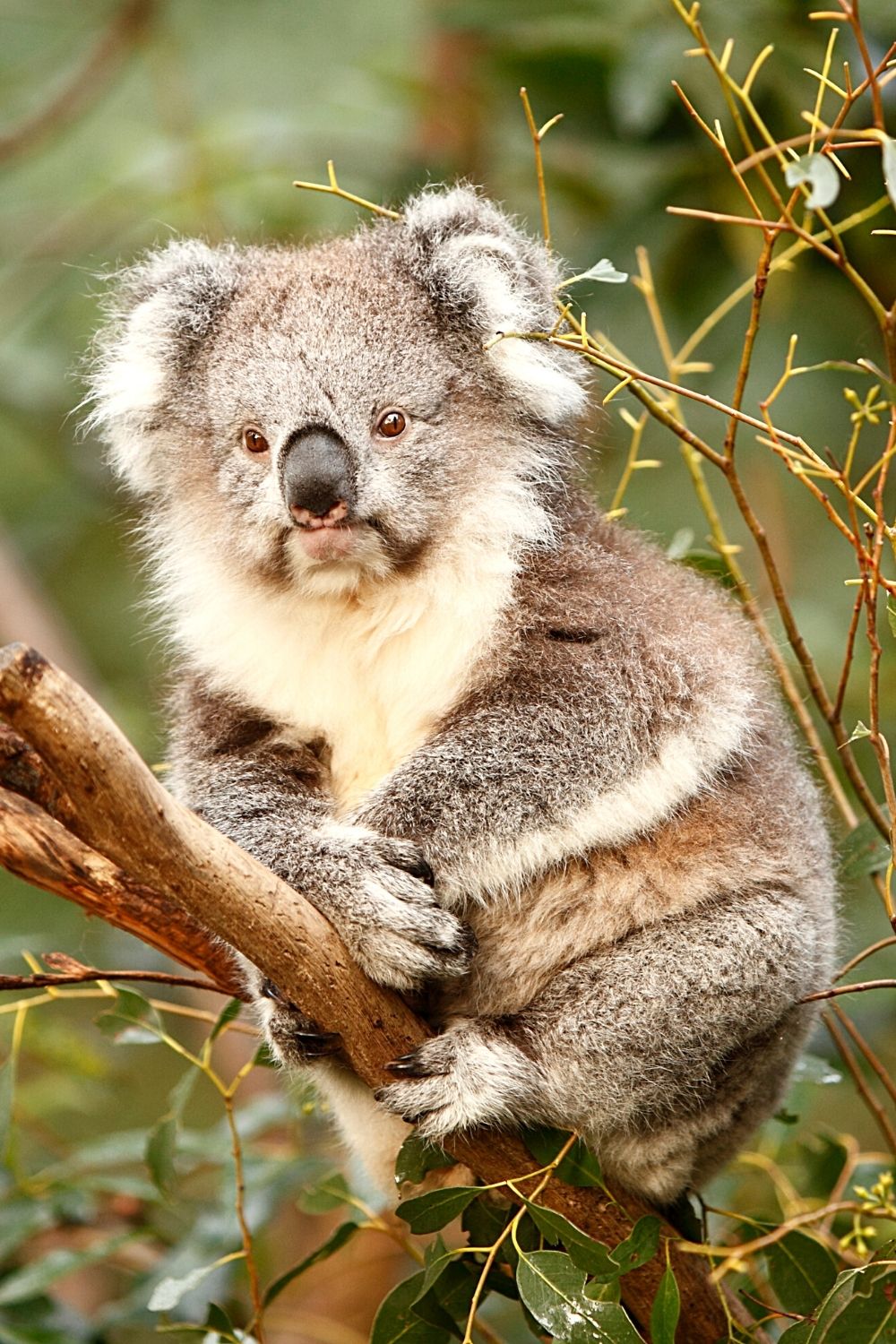 When you cross the boundaries of a koala, they quickly become aggressive

3. When They Get Alarmed

If they feel threatened, their only option is to stand and fight – which they’ll exactly do.

Koalas are equipped with strong teeth and limbs to aid their food and climbing. These are the first tools it would use to attack you. 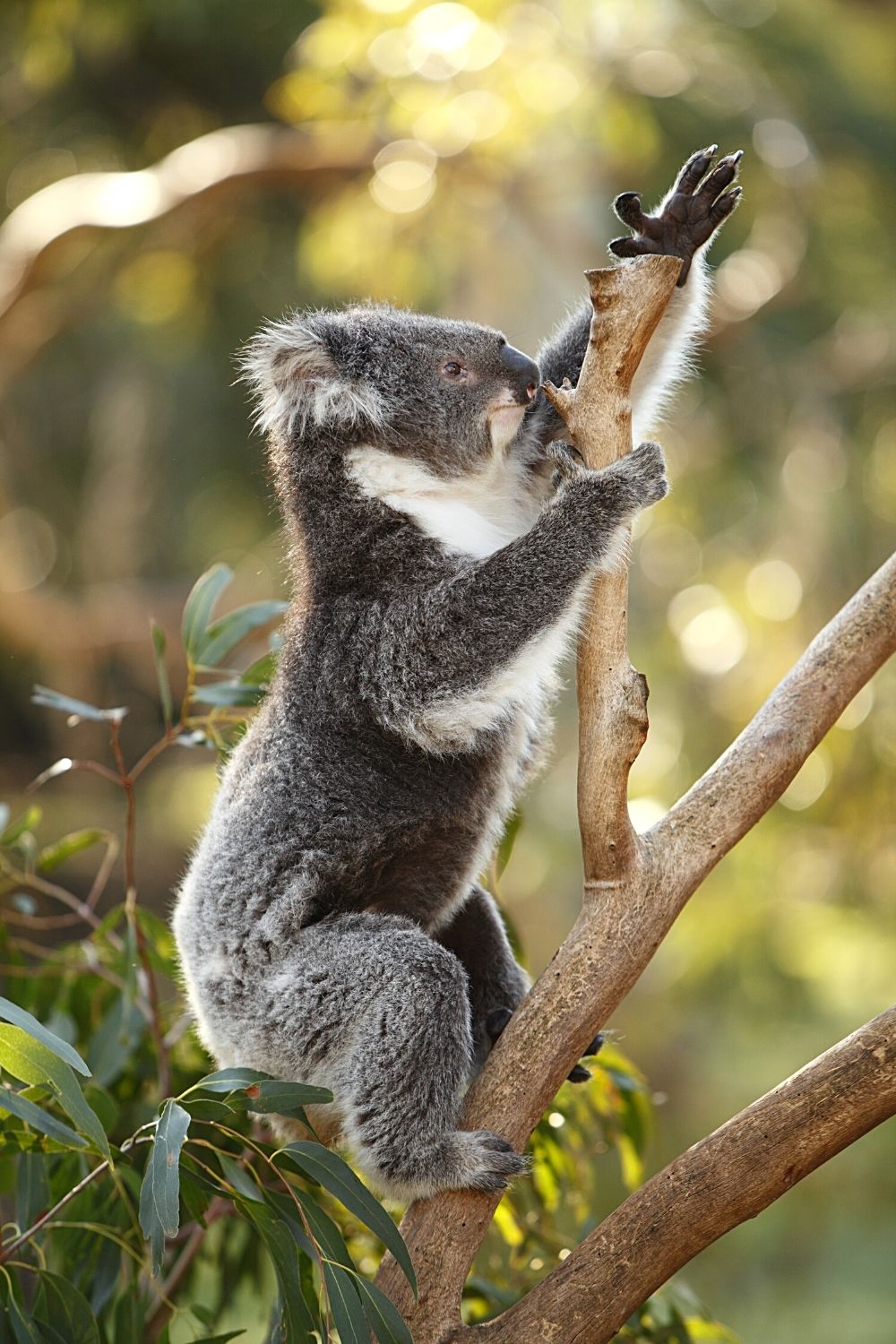 They have sharp front teeth that can easily pierce through human skin. They also have a powerful jaw that allows them to snap quickly and fast.

Combining these will result in a bad bite wound, drawing blood.

They also have sharp claws that dig deep into trees when climbing. These claws are especially dangerous as they can easily cut through human skin.

Koalas also have sharp claws to aid them dig deep into trees, which can easily cut through human skin

You can’t easily outrun a koala in its territory, either. Though they are thought to be slow, they can reach speeds over 18mph and jump large distances.

If the koala is angry enough, it will follow and attack you for a long time.

Chlamydia in Koala’s Urine − Cause for an STD?

Chlamydia is an STD that many are familiar with because it affects humans too. Though it should be noted that it is a different strain of the disease that affects koalas.

If a koala is affected by the strain and pees on you, it can pass on the STD. 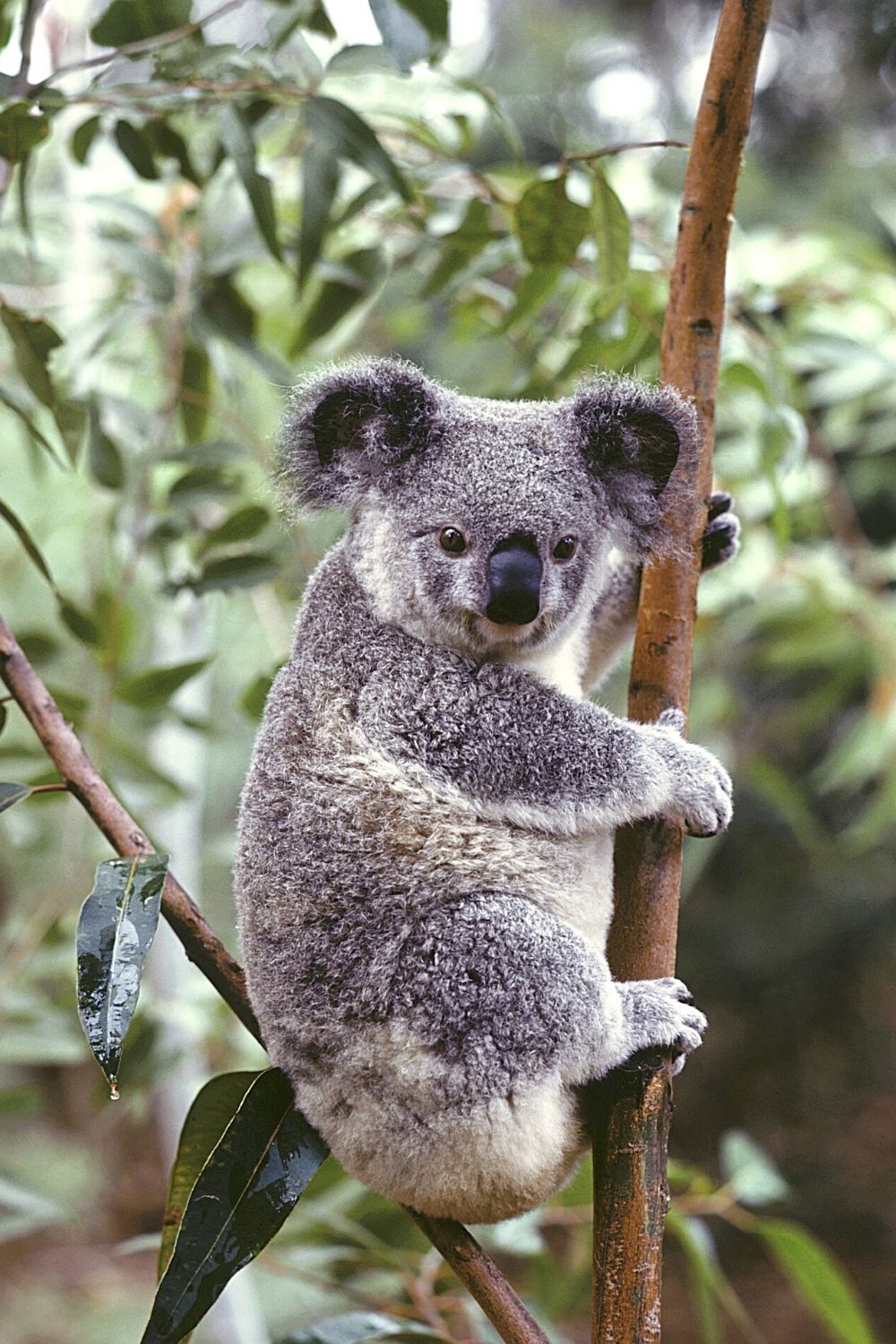 A koala infected with Chlamydia can pass the strain on their urine, and consequently, to anyone coming in contact with that urine

Not every koala is infected with this disease, but it is widespread. Though many attempts have been done find a cure for this, we are yet to find a solution.

This disease is extremely painful and debilitating for the koalas. It can lead to urinary tract infections, going blind, and eventually death.

Can Koalas Kill a Person?

Koalas typically weigh less than 30 pounds and are under 3 feet in height.

Although they have sharp claws, these can do nothing more than cause bodily damage.

They cannot kill you by brute force, and they aren’t known to “go for the kill.”

However, if you get bitten or scratched and leave it untreated, it will become infected. This could potentially kill you if you don’t get treatment in time.

Do Koalas Fight Amongst Themselves

They make “friends” that they stick with for most of their life.

Due to their nature, koalas try to conserve their energies as much as they can. Because of this, you will rarely see two koalas fighting each other.

Though it does occasionally happen.

What the Everyday Nature of a Koala is Like

This is not to say that every koala will attack you on sight. Even if you go too close to one, you won’t need to worry.

They are very timid animals when left to their own devices sleeping for most of the day.

Though there have been cases of koalas attacking unprovoked, these are few and far between.

Keep in mind that they can be unpredictable, so you should stay away from them.

Koala as Pets − Advisable or Not?

Trust me. If you see a wild koala, you don’t want to approach it. Even if they seem docile, your touch could trigger a stress response.

The only time or place where you can pet a koala is at registered sanctuaries.

Even then, visitors are under constant supervision when touching or holding a koala. Their mood can shift in an instant.

Also, due to the species being both vulnerable and dangerous, keeping them as pets is illegal.

Other than in zoos and sanctuaries, only a few registered people can even keep them at home.

This is only for a short period when they are caring for them or taking in orphaned joeys.

What Koalas Think of Humans

The general understanding is that koalas don’t like humans very much.

The exception here is when they become accustomed to humans, such as when koalas grow up in a sanctuary.

In the wild, they live a completely different life, keeping to themselves. They prefer their sedentary lifestyle where they eat and sleep for most of the day.

Humans typically have a lot more energy than koalas, so it is very easy for us to annoy them.

How many koalas are currently affected by Chlamydia?

Though there are no exact numbers, the estimate is that over 50% of all koalas are infected with the disease. Chlamydia among koalas has a 100% infection rate.

The eucalyptus leaf, the koala’s favorite food, is poisonous. But they can consume it because they have a large caecum that can digest poisonous food.

Do koalas attack other animals?

Eagles, owls, and snakes are typically the only animals that will attack a koala. Though a koala will attack any animal that makes it feel threatened.

Conclusion About Are Koalas Dangerous

Koalas, like other animals, deserve to be left alone in peace.

They don’t premeditate their attacks, so you don’t have to worry about jumping out at you.

If you see one in the wild, take your time and admire it, but keep a safe distance.