Having a furry friend is, by no means, a normal and easy task. For cat owners, things like scratched furniture, staring randomly outside, and constantly being meowed at for attention are normal behavior.

One such behavior is kneading (usually around the neck area) which can sometimes get unpleasant. Here is why your cat does so:

Why do cats knead your neck?

Cats knead your neck as a sign of showing love and affection towards the owner. It could also be just marking its territory on you or enjoying that soft t-shirt of yours. Another possible reason is that it finds comfort as it did as a kitten by stimulating milk from its mother. 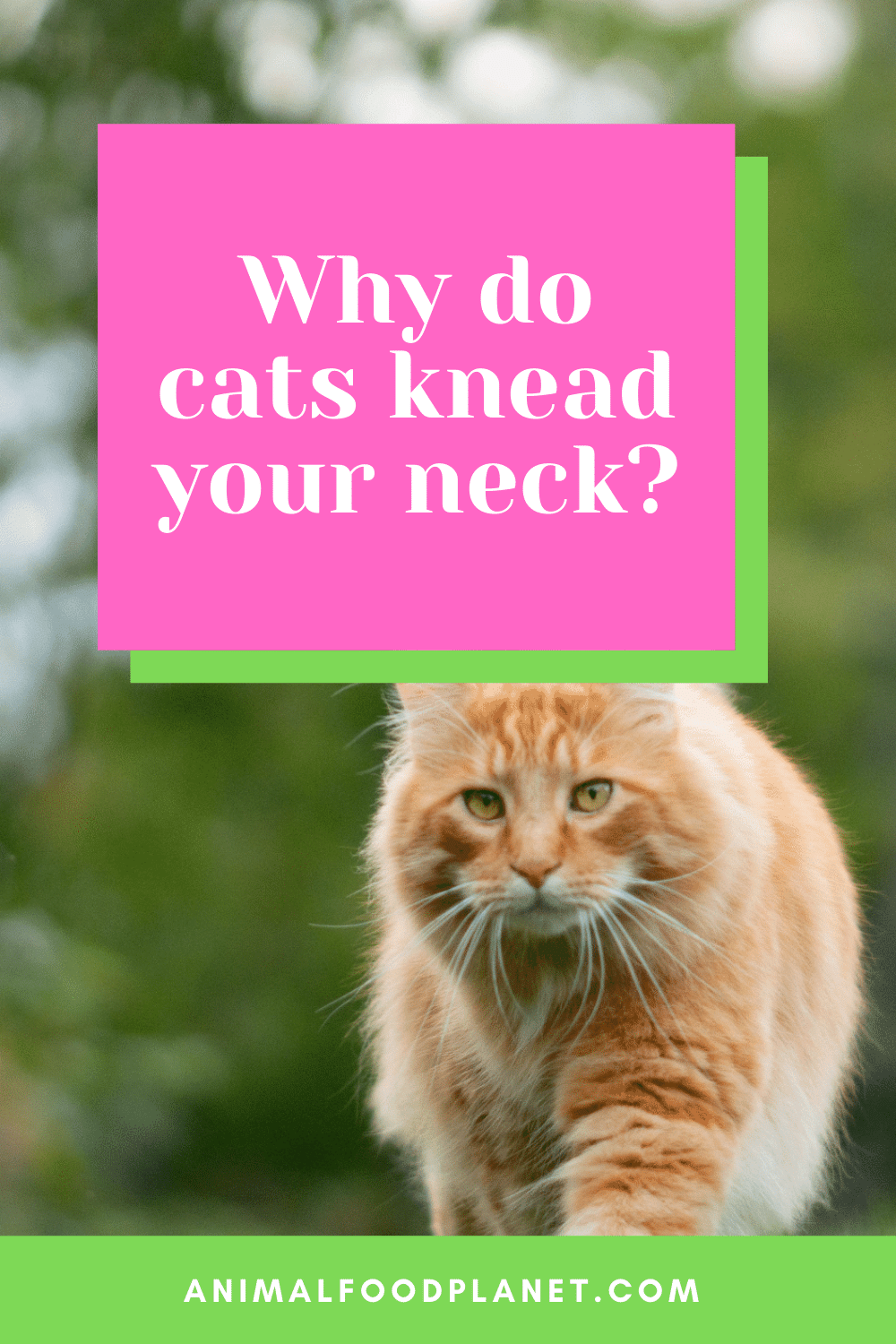 Why Do Cats Knead Your Neck?

Your cat loves you, and there’s no doubt about that. Cats have multiple ways of showing their love for their owner.

Just like purring, cats knead their owners’ necks as their way of showing their outpouring love for them.

This behavior’s pretty normal, and is still within the norms of normal “cat behavior.” Generally, the happier and more loving your cat feels, the harder the kneading is going to be.

The other reasons are also possible, but more often than not, this is the cause behind the kneading. 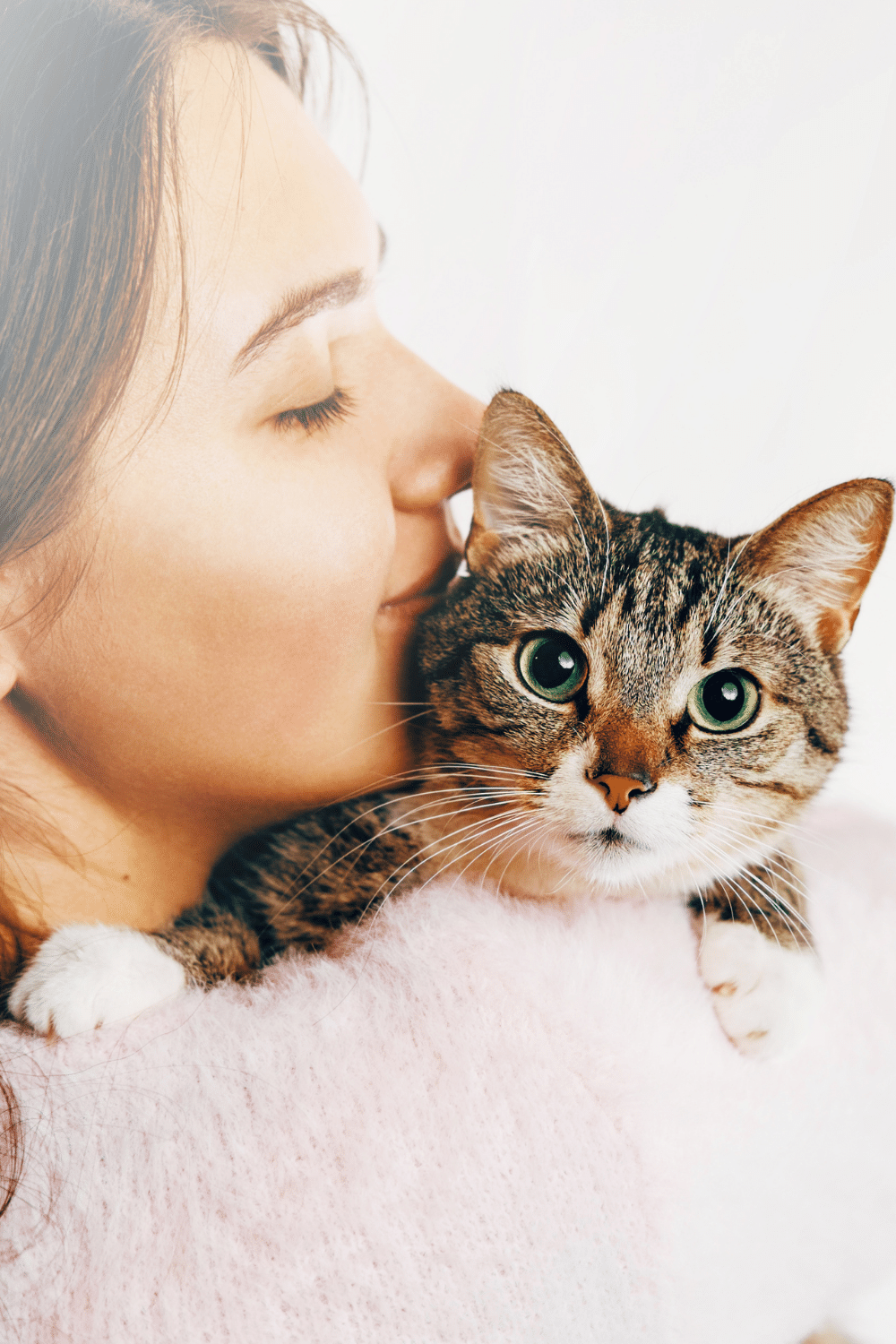 Cats are territorial animals, and they like to mark their territory and defend it fiercely. One can say that they’re possessive regarding their territory.

There are several ways of territorial marking – some of which are subtle while the other ones are not so much. Rubbing themselves or “scratching” is one of those ways.

You’d quite be surprised to know that your feline considers you its territory, too! It does not want any other cat to get near you. It marks you with its scent through the kneading.

To you, the scent won’t be noticeable, but your furry cat will be able to detect it. This is a cat’s way of saying, “Paws off my human!”

You can read more about the territorial nature of cats by clicking on the link.

Cats Mark Their Territory and Defend It Fiercely

Before you head to bed, you set your bedsheet and pillows and make sure that the light is dim. Cats do something like this, too. Of course, they can’t turn the light off, but they prepare for sleeping by kneading.

It might seem weird at a first glance, but come to think of it, we do something like this, too – the fluffing of pillows.

A short, soft, and sudden burst of kneading signify this. When the kneading is longer, it can be due to other reasons such as being affectionate.

When kneading is done because of this, cats usually do not retract their claws, so be careful. 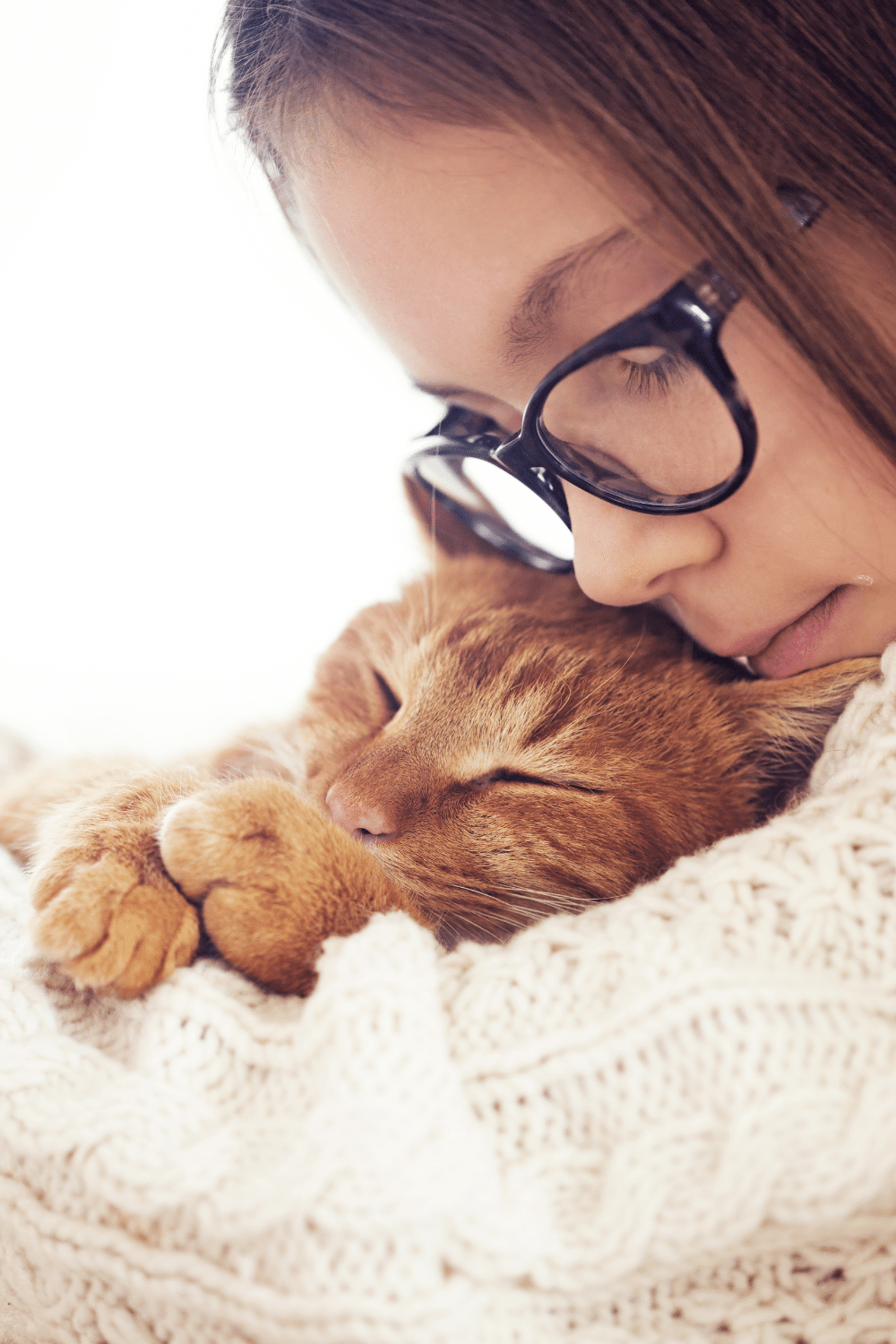 Cats Prepare For Sleeping By Kneading

The kneading of cats is sometimes just to relax and calm themselves. As kittens, cats knead their mothers to stimulate milk, and we all know how comforting and relaxing being with our mother can be. 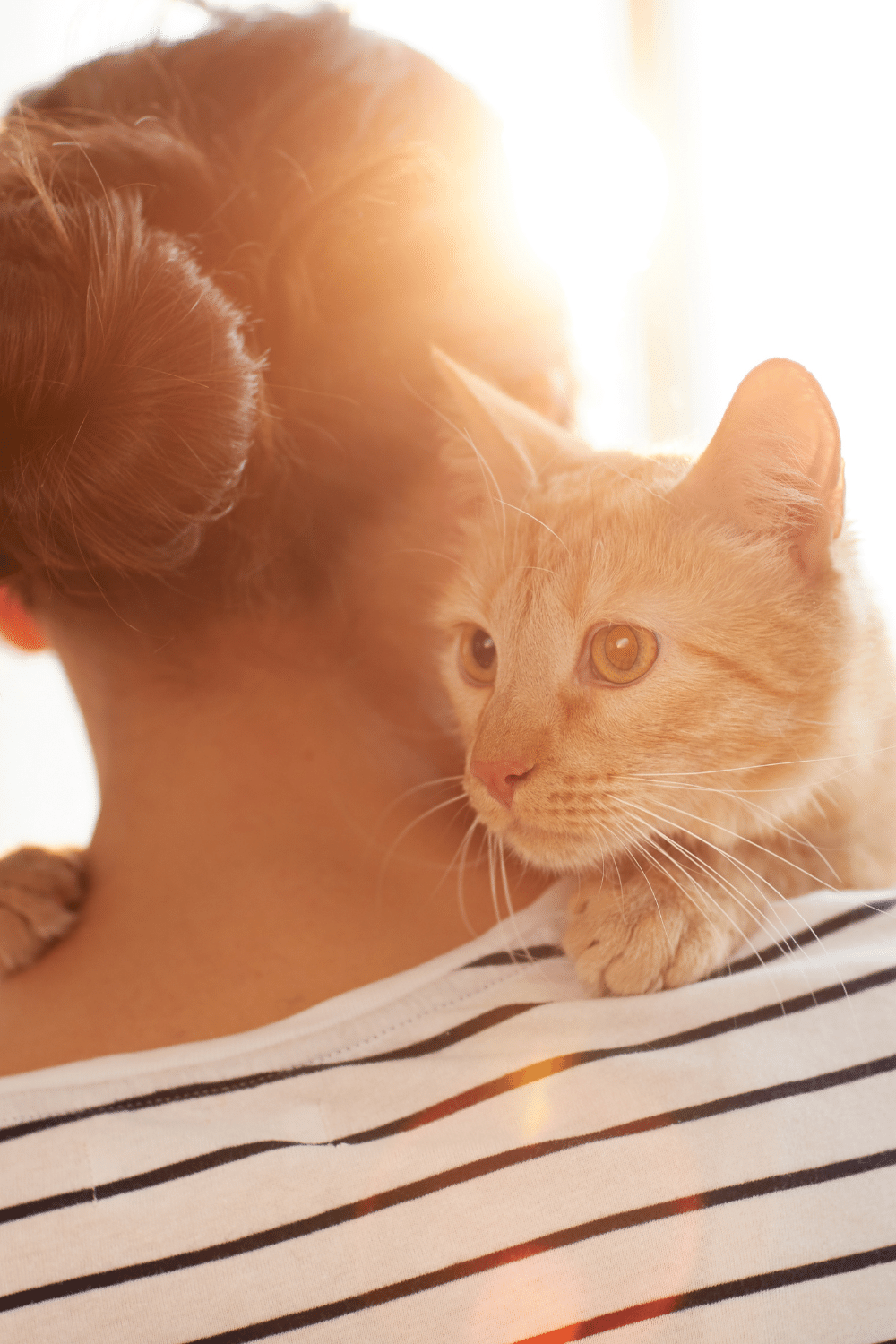 Kneading Of Cats To Relax and Calm Themselves

Should I be Concerned If My Cat Kneads My Neck?

No, you should not be concerned if your cat kneads your neck (even if it does so frequently). Some cats do not retract their claws when kneading which can hurt.

If your cat doesn’t retract its claws when kneading, and that has become its habit, only then should you reduce your cat’s kneading.

I wouldn’t recommend you to do so. As an alternate solution, trim its nails, so they don’t hurt you.

If you can do it yourself, go by it by all means. However, I would suggest you get it done by a vet. 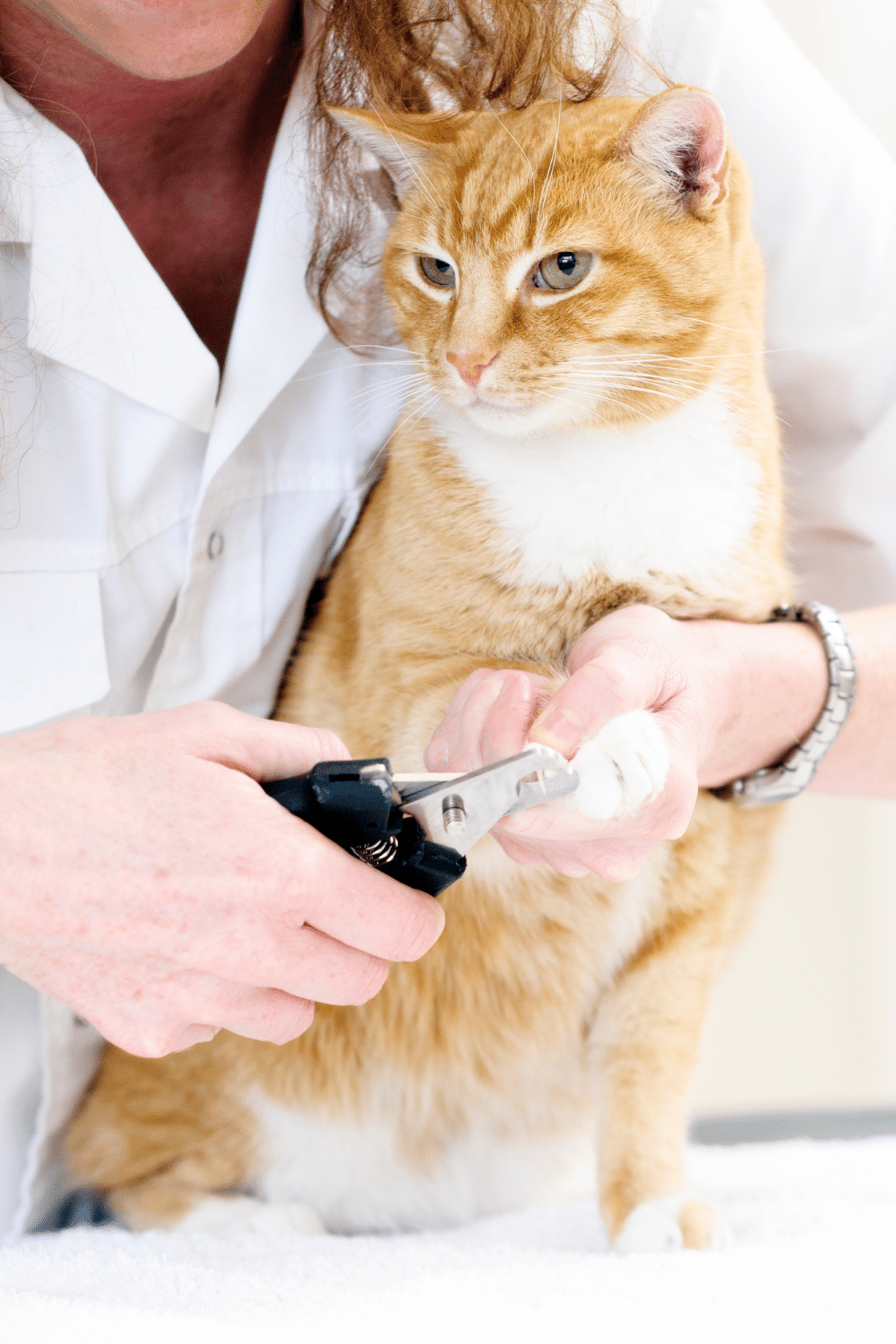 Trim Cats Nails so They Don’t Hurt You

How do I Stop My Cat’s Kneading?

If you trim your cat’s nails frequently, and the kneading still hurts, it’s time to do something about your cat. And no, I do not mean putting away your cat.

Cats are reasonably smart animals and can be trained to do stuff. Although compared to dogs, they don’t get trained easily, the training still isn’t that hard if you do it right.

There are two ways to make your cat stop kneading. The first one is through positive reinforcement. Reward your cat when it retracts its claws during kneading or decreases the intensity of the kneading.

Ideally, you should reward it by petting it and giving it attention. Treats would do the job, too.

The second one is to use negative reinforcement, and I don’t mean punishing your cat or getting it to do 50 pushups.

When your cat’s kneading gets out of hand, stop giving it attention, and gently put it aside. Give it something else to play with or chew on.

You could use a blend of both: reward the cat when it kneads calmly and stop giving it attention when the kneading gets out of hand. 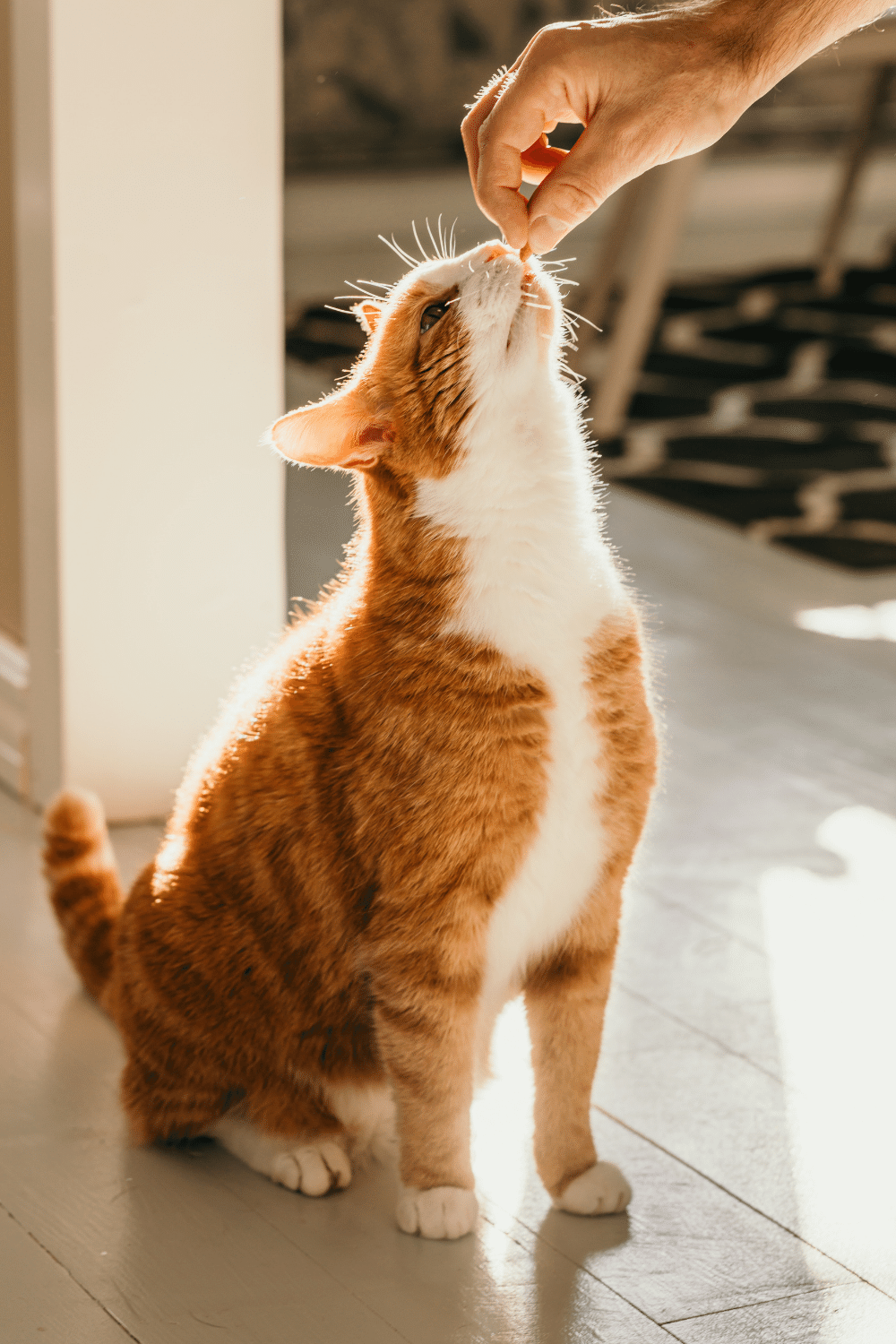 Reward Your Cat When It Retracts Its Claws During Kneading

Frequently Asked Questions About Why Do Cats Knead Your Neck

Why does my cat nuzzle me?

Do cats retract their nails while kneading?

This behavior varies from feline to feline, as well as the reason behind the kneading. However, cats generally do not retract their nails/claws when kneading.


Conclusion About Why Do Cats Knead Your Neck

Cats kneading their owners’ necks is just “cats being cats,” and is nothing to worry about.

There are multiple reasons why a cat could be doing so: showing its love for you, finding comfort as it used to as a kitten, preparing for sleep on a soft surface, or simply marking its territory.

There’s no need to “punish” for kitty pal for kneading too harshly. That would be the equivalent of you slapping your kid for kissing you.