Cat and fish have a unique relationship that dates back as far as 750 BC.

History suggests that ancient Egyptians even used fish to bait cats which might have ultimately led to their domestication.

The modern cat can’t seem to get enough of fish; depictions have further popularized that in cartoons and popular culture.

Cats generally eat several things; however, they seem to have a soft spot for fish.

According to Cornell University cats are obligate carnivores that rely on the nutrients derived from prey.

So, why exactly do cats love fish so much?

In this article, I look closely at some possible reasons dating all the way back to civilization to uncover some interesting facts.

Cats love fish as they’re packed with proteins. Cats are carnivores, hence, requiring a protein-dense diet. Fish is so enticing to cats due to its fat-rich content in addition to its strong smell. They’re able to detect the strong smell of fish from afar, making it a popular item on the cat’s menu. 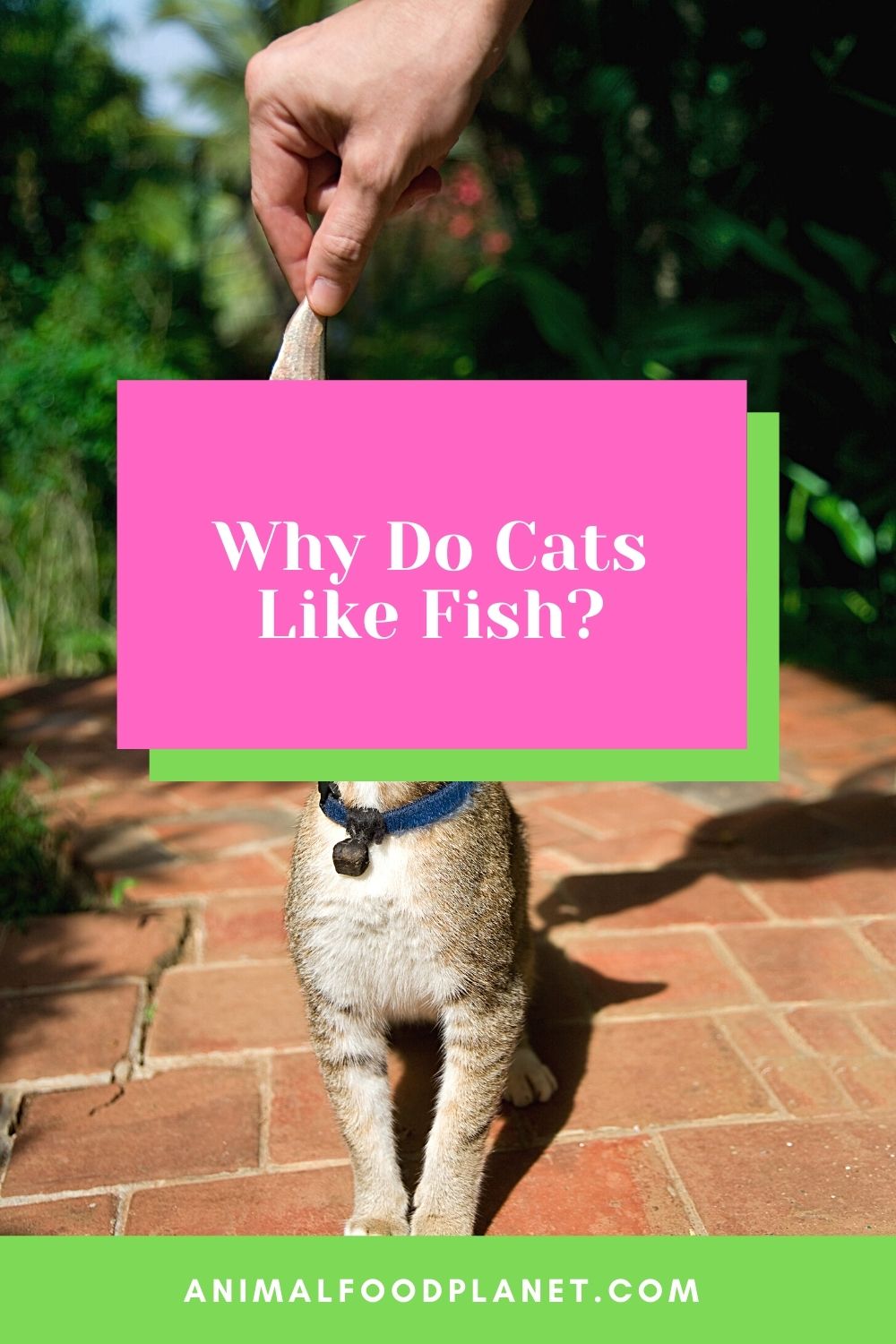 The Domestication of Cats

To understand how cats came to be so fond of fish, let’s go back a few thousand years ago to a small Egyptian village to explore a probable theory.

Cats still live in the wild, but from time to time, they show up near the village where humans have set up settlements close to the river.

Fish was already a staple food among their human counterparts, and cats were introduced to fish over time. 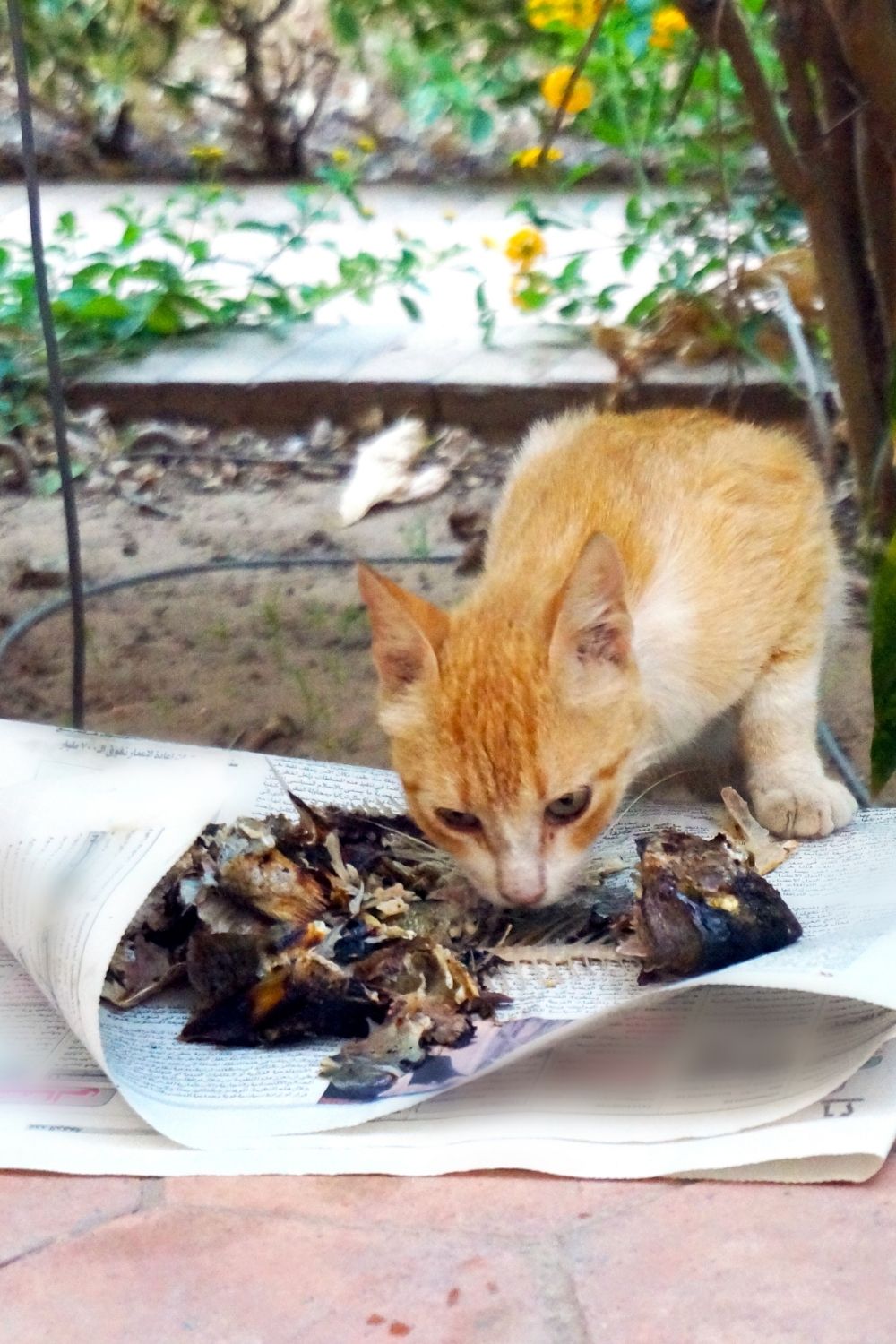 As fish was a staple food among humans, cats were introduced to them over time

In the wild, cats could catch and eat lizards, hares, and other small animals, but after the domestication of cats, fish became their primary source of protein.

What’s not to love about an easily accessible nutritious treat? Before domestication, cats were opportunistic hunters.

Their small size meant they couldn’t pursue large prey or be actively involved in chasing and catching food.

As their interaction with humans grew, it became easier to get food without a lot of effort.

Humans lived close to fish sources, which they graciously passed on to their feline friends. Today’s domestic cat is almost entirely dependent on human beings for food. 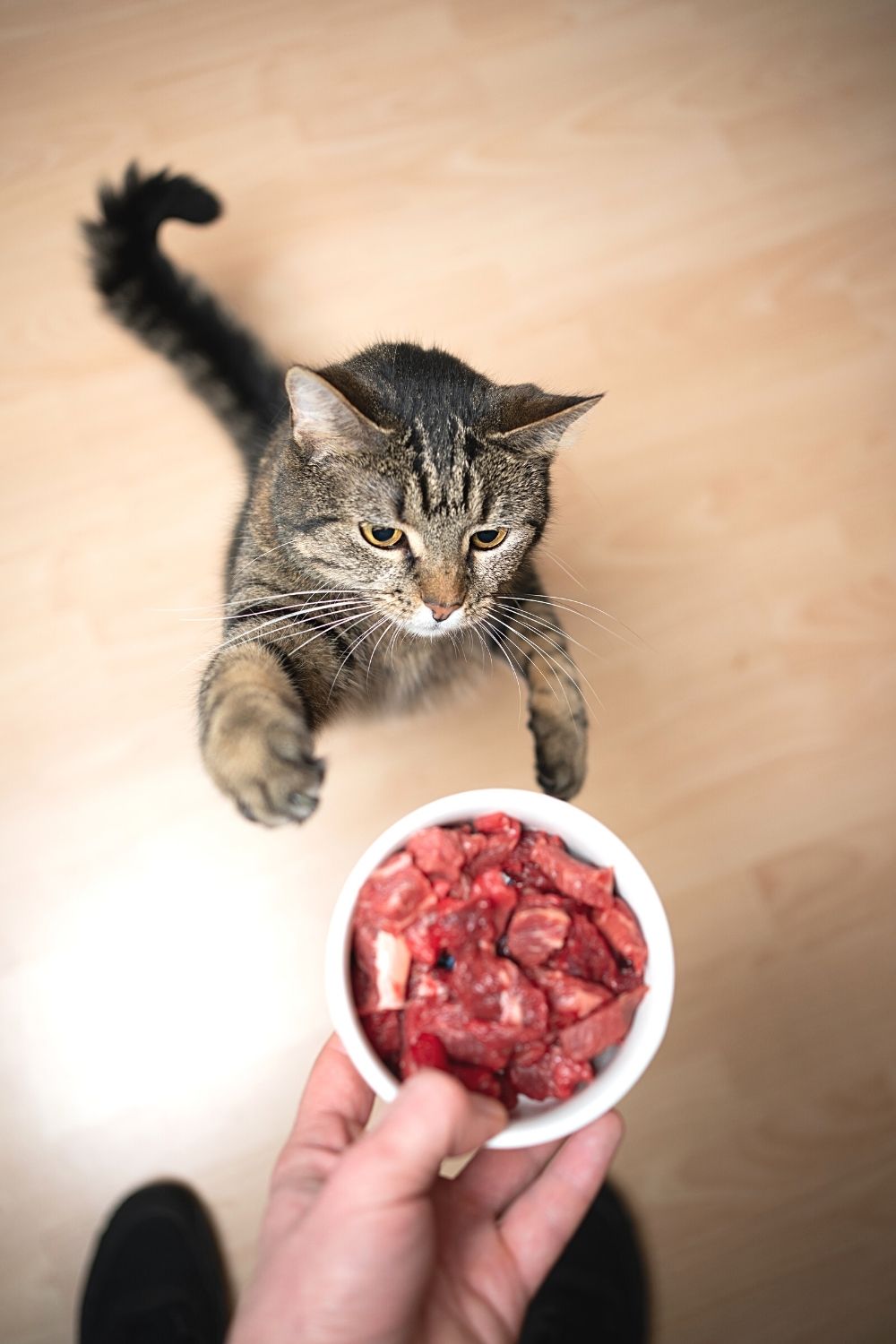 Since humans lived close to fish sources, it’s easier for the cats to get their food, including fish

A delicious serving of fish seems to bring back a fond nostalgia of a time when humans and cats first made contact.

Besides fish, cats eat a variety of foods, including other meats, vegetables, and of course, a wide selection of rodents. 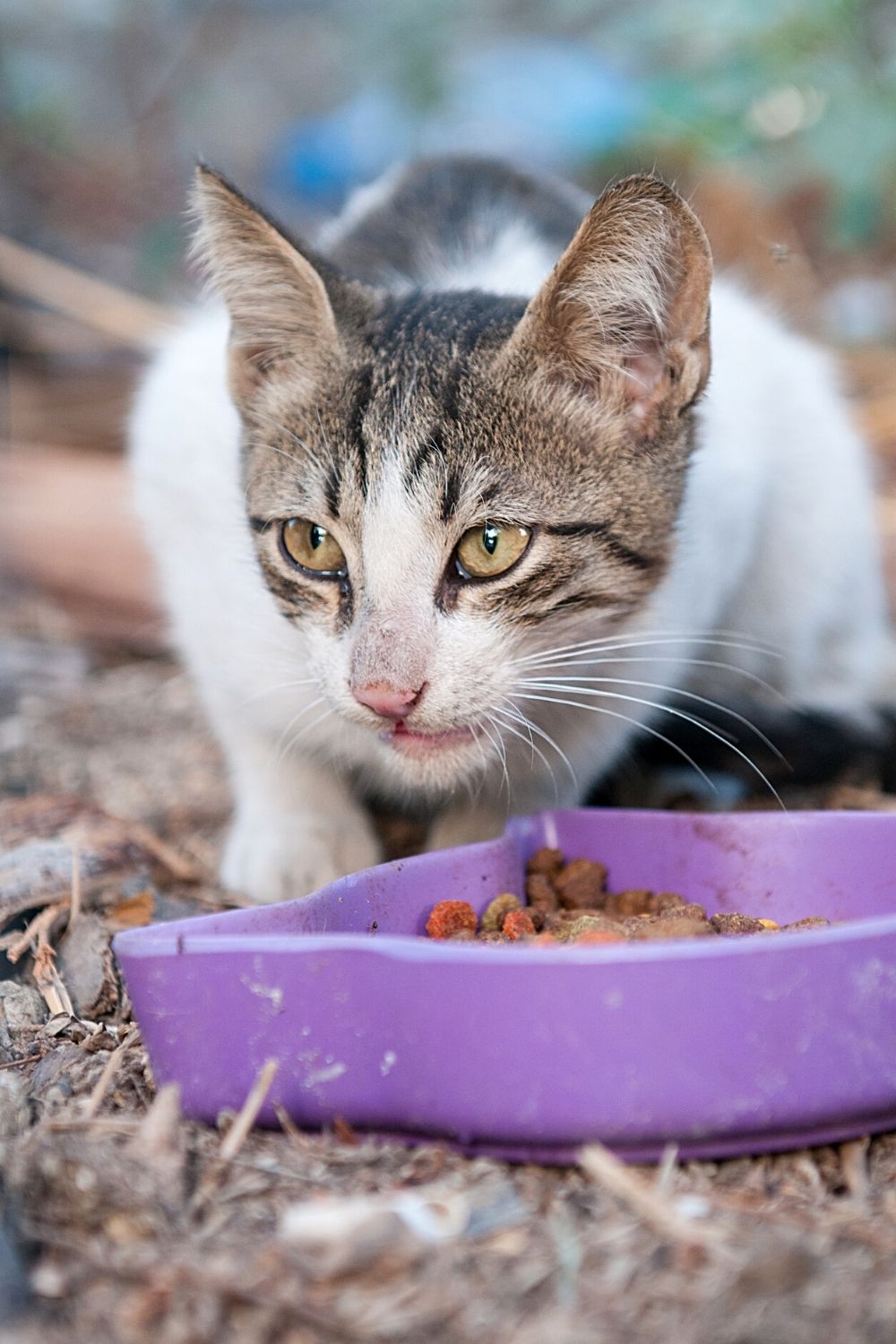 Cats also eat meats, vegetables, and rodents aside from their all-time favorite, the fish

However, fish is a rich source of taurine, an amino acid that cats require for good vision, digestion, and reproduction.

Lack of taurine may lead to several health problems, including nervous disorders, eyesight problems, and poor growth in kittens.

Cats are wired to seek out taurine in food, making fish a good choice. It is recommended that cat owners ensure their cats get sufficient amounts of taurine.

The Best Fish For Cats — The Answer

The best fish for cats should contain adequate amounts of taurine, protein, and omega-three fatty acids.

Some fish have more of these nutrients and should be included routinely in a cat’s diet.

Tuna seems to be a cat favorite, but herring, salmon, and cod are good choices.

Some commercial cat foods are fish-flavored, which may improve your cat’s appetite since they are drawn to the smell. 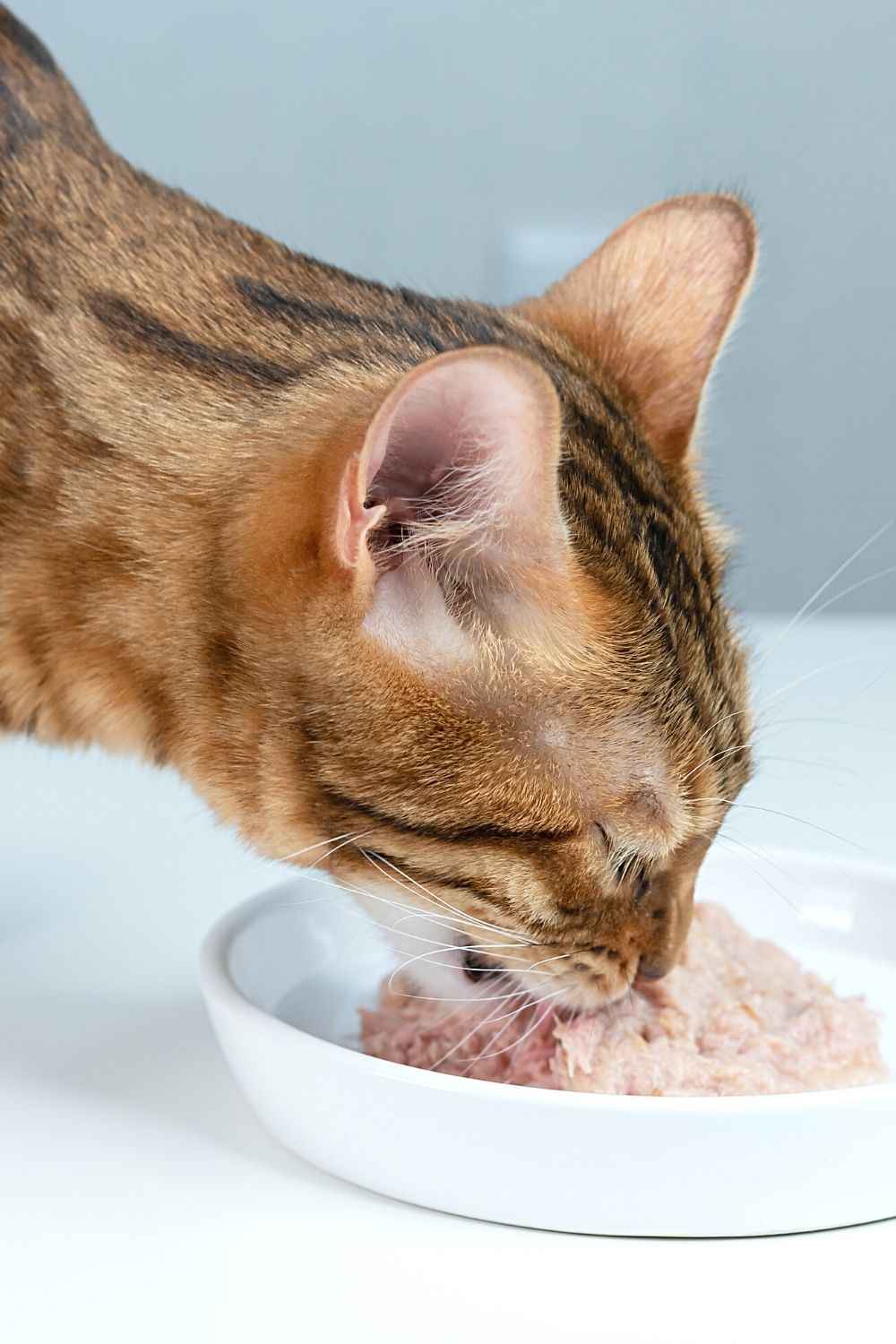 However, they may lack the essential proteins that cats need for optimum development.

Canned fish is a popular option among cat owners because they are readily available, pack crucial nutrients, and are generally safe for cats. 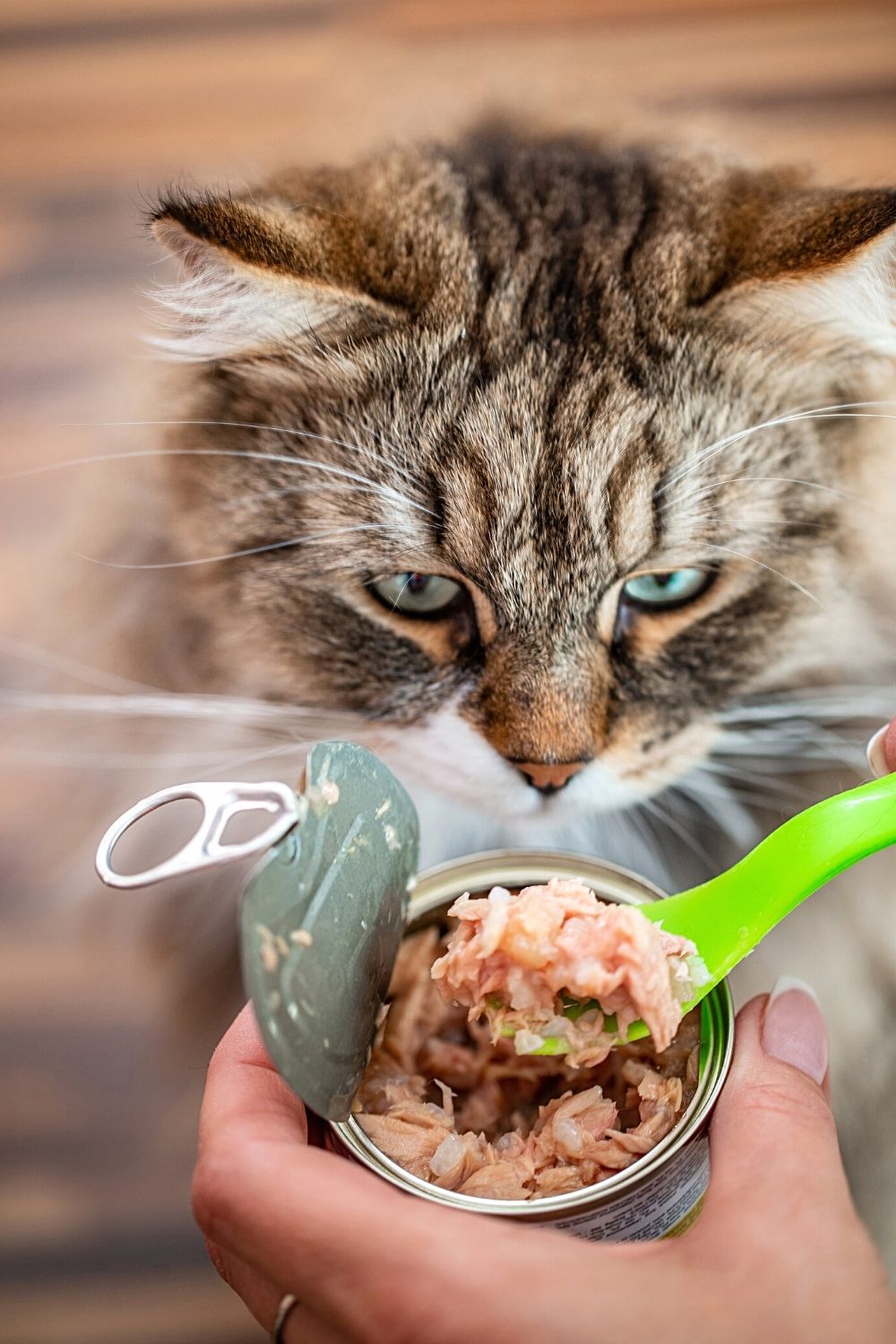 However, some types of fish that have high-fat content may have adverse reactions on cats, for instance, butterfish.

Can Cats Be Allergic To Fish

Although cats like fish, some cats may be allergic to certain types of fish.

The reasons behind this may vary, but the signs of an allergic reaction are shared across different species. They include difficulty in breathing, diarrhea, excessive scratching, and hair loss.

If a cat exhibits any of these symptoms after eating fish, you should make plans to see a vet as soon as possible.

Sometimes, however, a cat may show these signs due to expired food, but you should see a vet to know for sure.

In any case, it is essential to study a cat’s reaction to new food items as a precaution

But Fish Live In Water…

Why don’t they wade into the water to get fish?

Firstly, not all cats hate the water; large cats often go ‘fishing’ in streams and rivers, catching trout and eels. 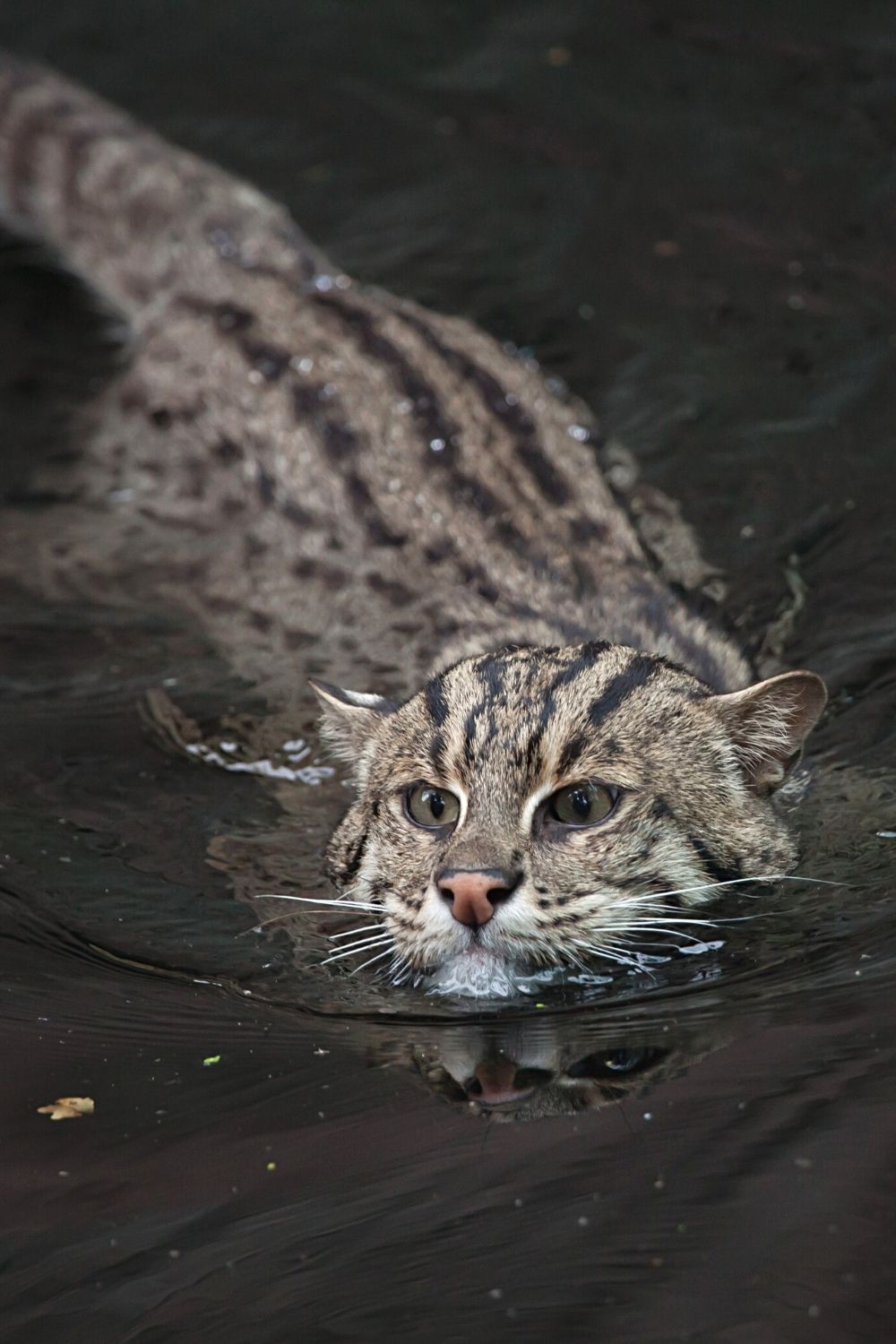 Large cats in the wild fish in the rivers and streams of their habitat, catching eel and trout

On the other hand, domestic cats have a strange dislike for water.

The reason behind this is attributed to the desert climate where early domesticated cats used to live.

They didn’t go near water bodies in the wild, and when they came to live with humans, they only hovered around piers and bays where fishermen dropped them fish scraps. 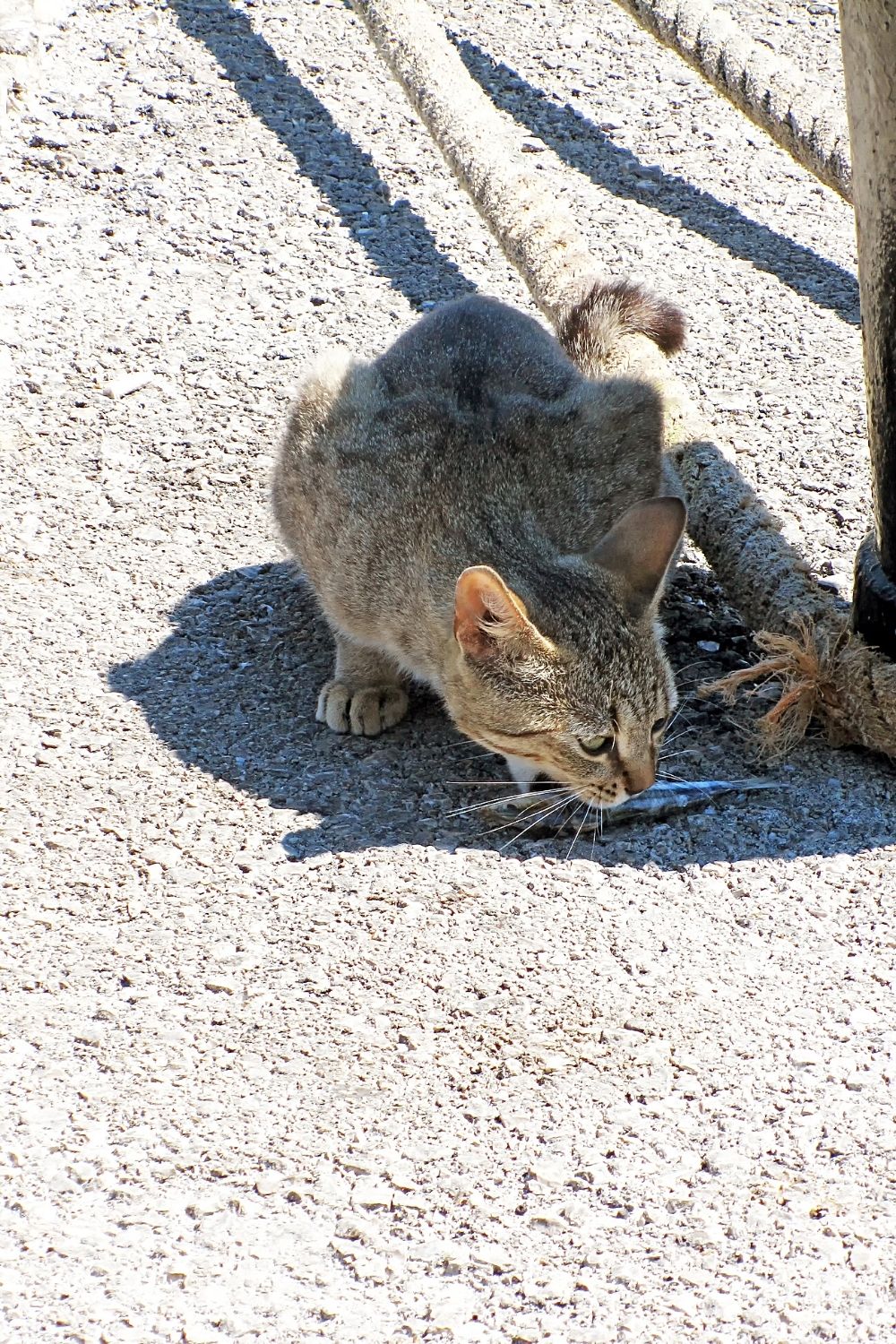 Cats love fish even if they hate the water because when they came to live with humans, the fisherman dropped them fish scraps

So, cats have never really had to go to the water to get food; years of this learned behavior are now embedded in their DNA.

Cats love fish for a very good reason. A diet rich in fish is not only delicious but also supplements cats with essential nutrients for a healthy lifestyle.

A combination of factors had led cats to enjoy fish as one of their primary foods, all stemming from a time before cats were domesticated.

The relationship between cats and human beings paved the way for domestication as both species mutually complimented each other.

Other variables also come into light and play a role in a cat’s affinity for fish.

However, the strong influence of history and how the interaction between cats and humans began is a credible way to understand why our feline friends love fish as much as they do.

Read about why cats are foaming at the mouth now.