Cats are finicky creatures but generally not so much when it comes to milk.

Most cats adore milk and there are a variety of reasons.

Cats like milk because milk tastes good to cats and provides a lot of fats. Cats also crave the taste while when as kittens they thrived on milk. Also, since cats aren’t natural drinkers, milk is one source of their fluid intake. Other than that, cats can drink out of boredom or they simply want nothing other than milk. 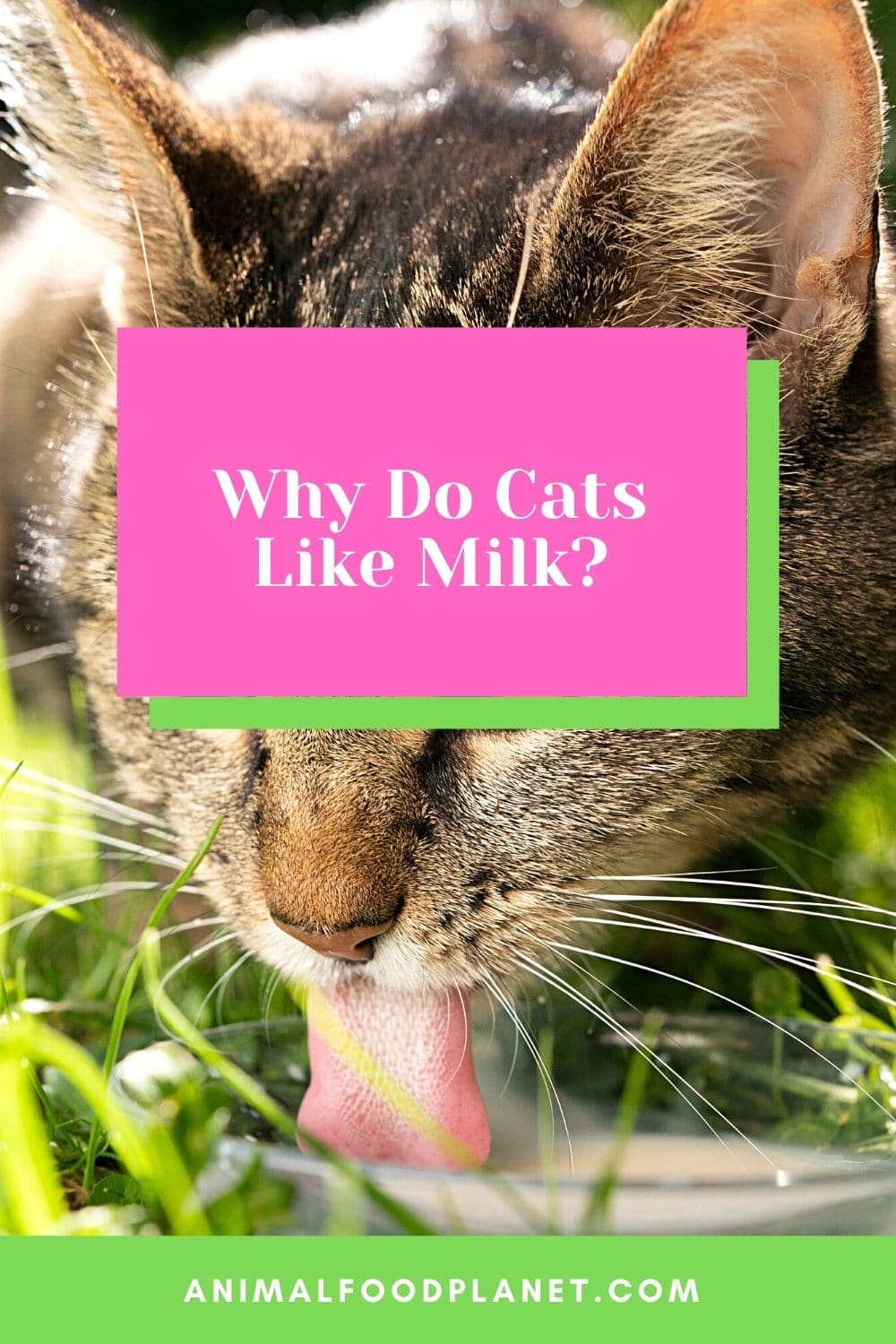 Milk is fatty and creamy and stays on the tongue of a cat. Cheese products can be craved also by many cats as can other dairy products such as cream.

Think about how good a glass of cold milk tastes to you. 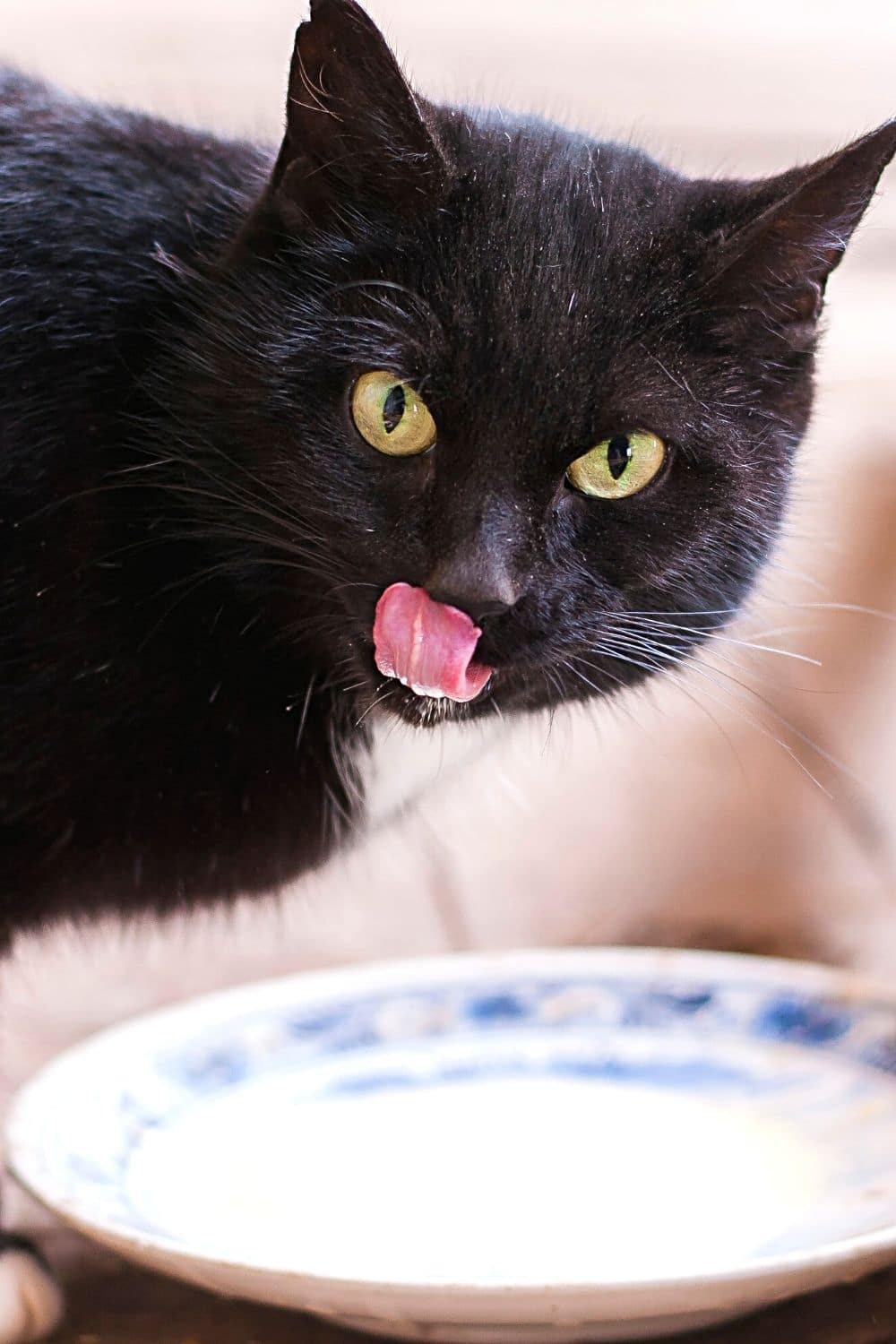 It is the same for your cat. Some cats even thrive on ice cream and will beg for it. Although with the high sugar content, ice cream should never be fed to your cat.

Cats do have tastebuds too just like all mammals. Ice cream with its sweetness though cannot be tasted by your cat as cats do not taste sweets.

Ice cream is only sometimes preferred as it is super creamy.

Cats have refined senses of smell too and milk and milk products give off a definite attractive odor to cats that humans cannot smell.

2. Milk is Comfort Food for Cats

Milk brings back the memories of being a kitten. Kneading behaviors might occur before and after drinking milk as kneading occurred during feedings as a kitten. 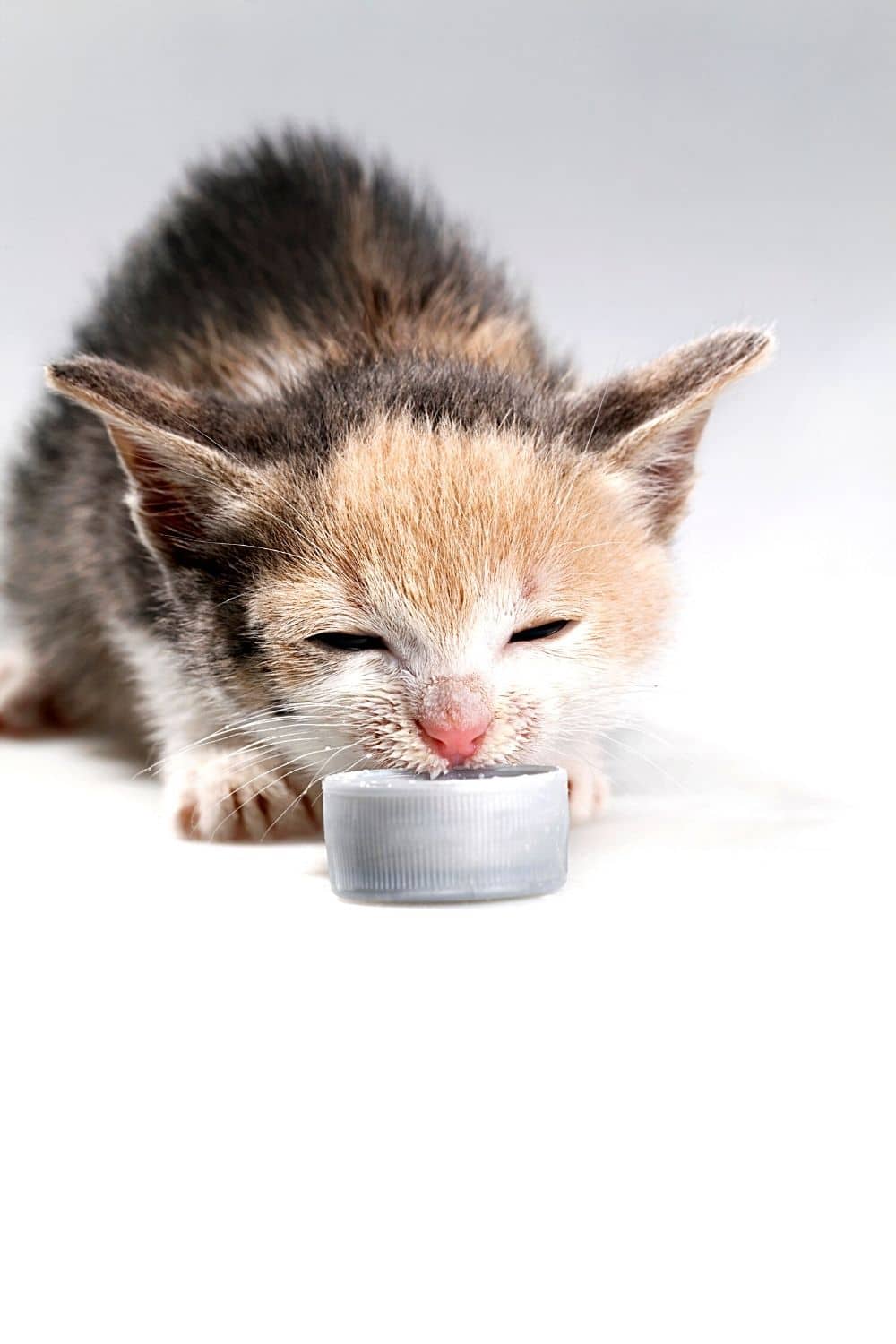 Kneading is the mannerism cats display by “squishing” objects, like a blanket, around them before eating or after eating or playing with you.

Other behaviors such as rubbing against you while you fetch the milk also is a throwback to being a kitten with their mothers.

Cats are not loners as some individuals believe and milk brings attention and memories back of being in the pride.

Cats do not belong to a “pack” but are instead like their wild ancestors, members of a “pride.”

3. Cats are not Natural Drinkers

Cats do not drink much water and must get fluid from somewhere. Water just doesn’t make a cat want to drink but milk does.

Cats can get thirsty and beg for milk even though the water bowl is full.

All cat owners struggle to understand why their cats would rather drink out of the commode, the sink, or the bathtub. 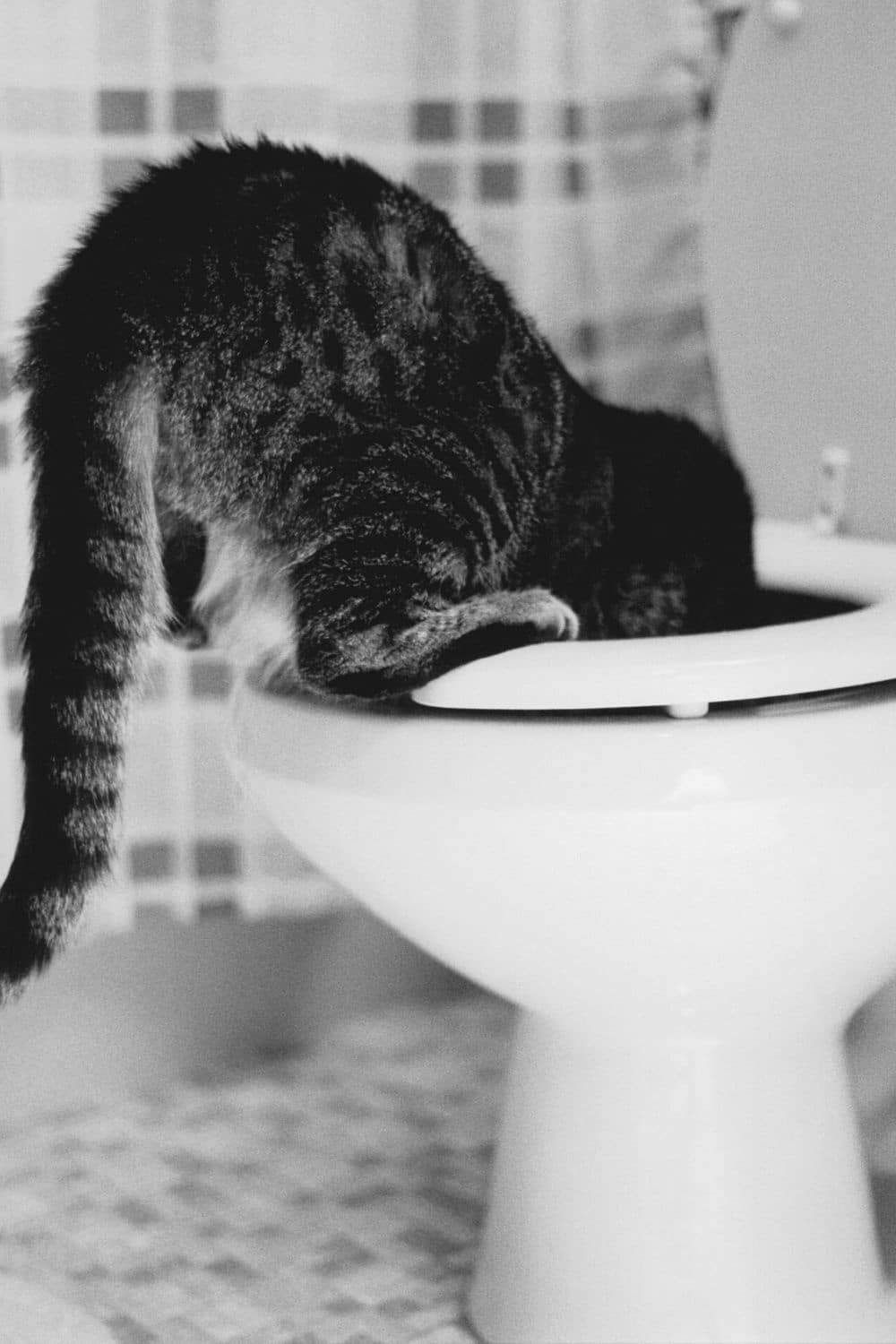 Since cats aren’t natural drinkers, they’d prefer to drink from unnatural sources like the toilet rather than from a water bowl

There is no explanation for that either other than water in a bowl is not exciting like milk or water that your cat finds elsewhere.

It’s just another natural inbred behavior meant for the wild.

You try to do your best for your cat by feeding good quality food and giving fresh water. However, your cat will indeed hold out until they get what they like.

Cats can hold out longer than most mammals on getting what they want. 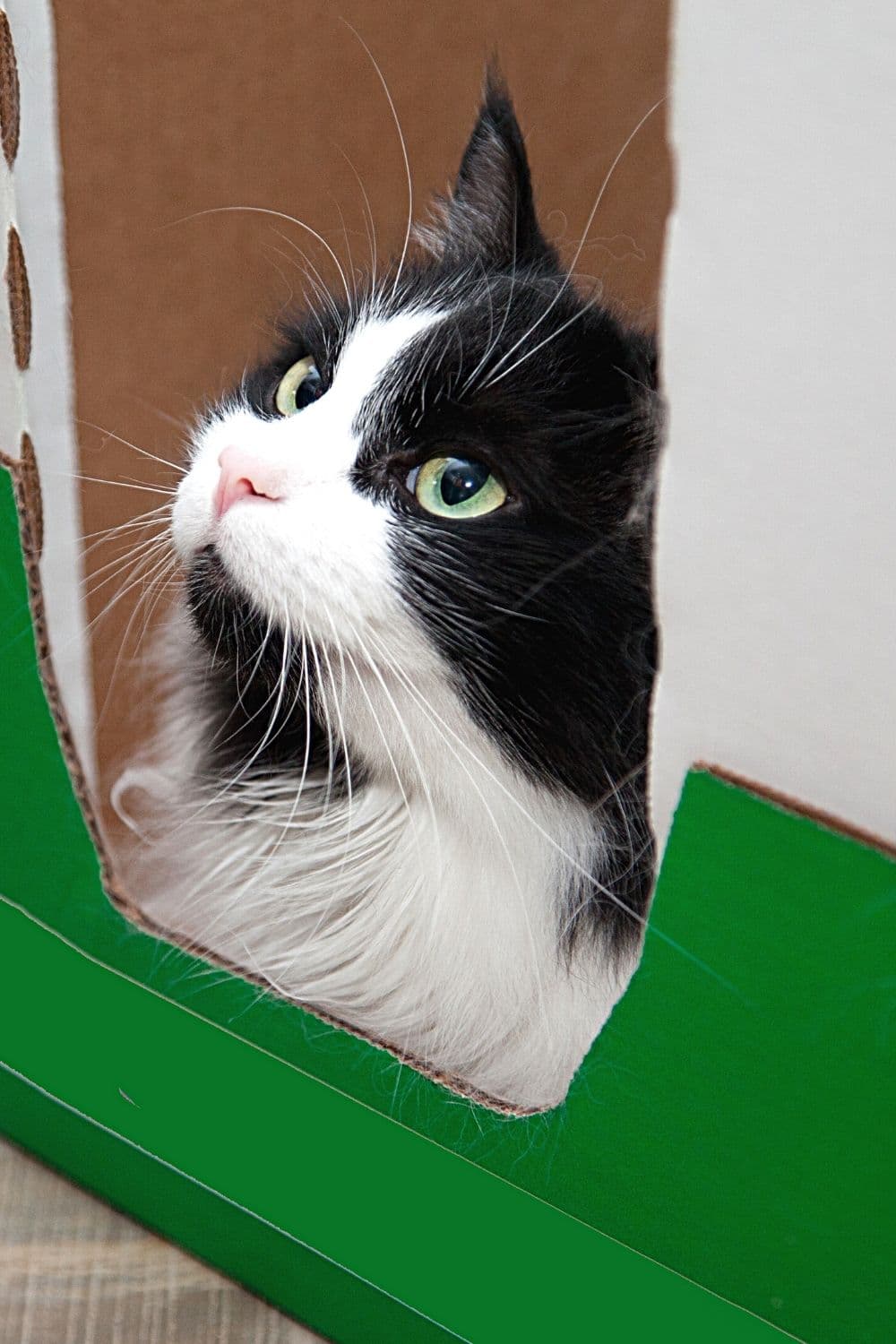 Cats like milk, and when their fur parents don’t give it to them, they can starve themselves until they have what they want

Cats have been known to starve themselves to the point of death rather than eat or drink what they do not like.

This makes a good-natured cat owner give milk when they know they shouldn’t. You do not like to think your cat is starving out of spite.

5. Cats can also Eat and Drink out of Boredom

Milk relieves boredom as it sticks to their whiskers and around a cat’s mouth.

Your cat may spend hours grooming themselves after drinking milk so a ritualistic process comes into the love of milk. 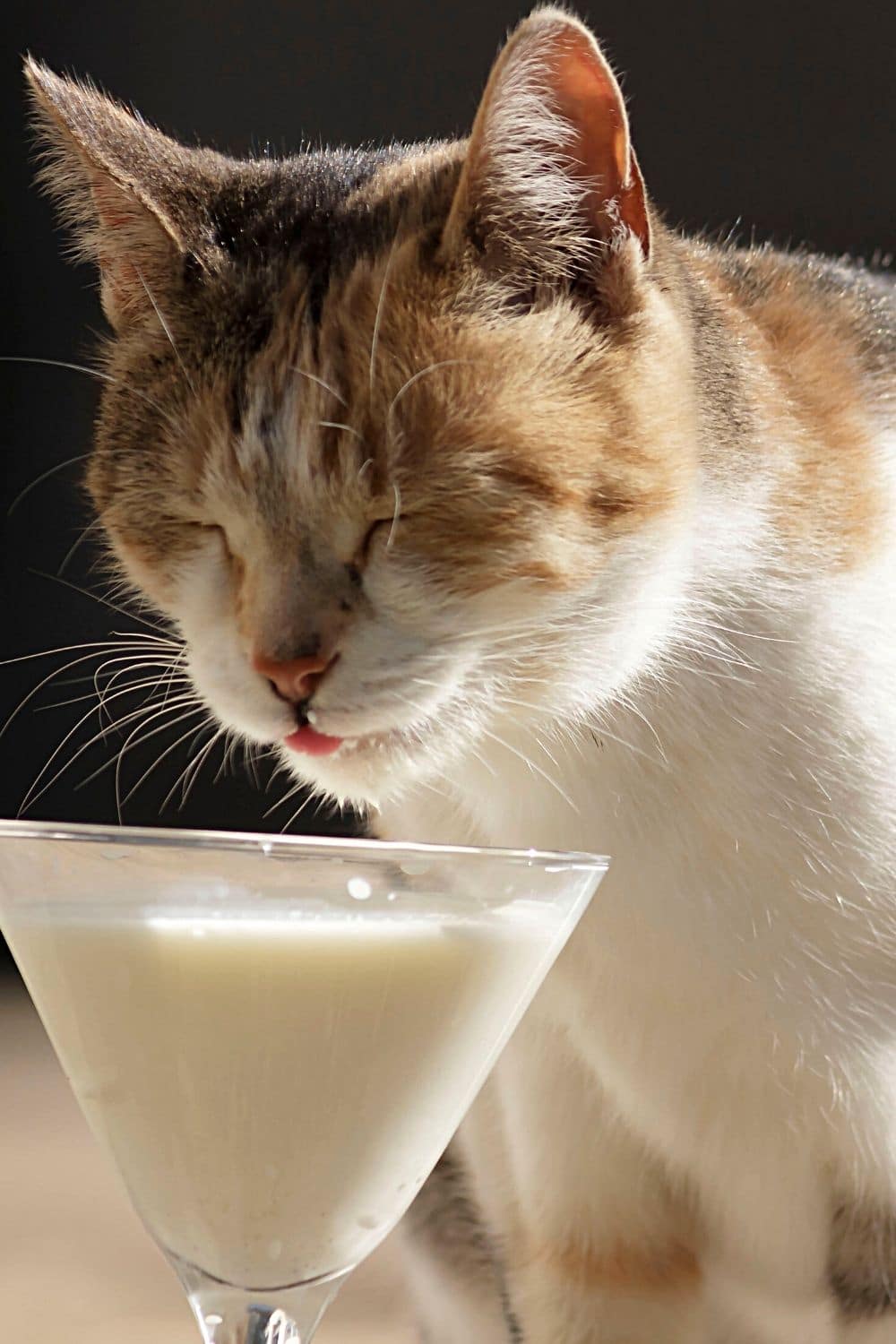 If cats are bored, they can drink milk and eventually groom themselves after

More playtime is better than increasing the amount of milk given to your cat as exercise takes off the pounds while milk, especially whole milk, can make a cat obese quickly.

Too much milk drinking can also fill a cat up and decrease their appetite for other nutritional foods.

Instinct and fatty tastes drive cats to adore milk. However, cats can be lactose intolerant, and liking to consume milk might lead to digestive problems.

Lactose intolerance presents in cats the same as in other mammals including humans, with digestive problems being prevalent.

Cats can also enjoy cream and cheese because of the fat content but should not be given it if lactose intolerance shows up.

Milk is usually procured from cows or goats and is not the same as the milk kittens consumed from their mothers as more sugar is prevalent in cow and goat milk and cheeses.

Even if your cat drinks milk and eats milk products early in life, as your cat ages, lactose intolerance can increase and you might need to cut back — or even eliminate — the consumption of milk and other dairy products.

While kittens have high lactase levels and might need milk, older cats do not. However, it doesn’t equate that your cat will stop craving milk.

What can I do to get my cat to stop begging for milk?

Try some treats each time they do not beg for milk as milk although enjoyable should only be given in moderation. Distraction can also work as too much milk, as mentioned previously will make a cat obese yet lead to nutritional deficiencies as they will not feel hungry enough each day.

How will I know if the feline I’m taking care of is lactose intolerant?

You will see that your cat either becomes aggressive or has stomach issues. Cats who are lactose intolerant can also lose their appetites and vomit as well as become lethargic. At such time all milk and other dairy products like cheese should be stopped.

Will low-fat milk satisfy my cat’s cravings for milk?

Cats like whole milk. Low fat or skim milk will not satisfy your cat. While the calories are less and your cat will not gain as much weight, they probably will not drink it.

Your cat, just like you enjoys what tastes good to them and brings happy memories of being kittens.

Giving milk to a younger cat on a strict schedule, without giving too much is not dangerous if a cat tolerates milk and is not lactose intolerant.

However, as cats age, you do need to watch for signs of adverse reactions to milk.

Even if you love your cat, which you do, you do not want to “love your cat to death” by encouraging too much milk drinking.

Read about why your cat is foaming at the mouth.