Where Do Outside Cats Sleep?

“Outside cat” is really a catchall term. Some cats are abandoned, cats can simply become lost, and some cats are born outside and have never lived indoors or been socialized.

This does make a difference when a cat chooses where to sleep.

A cat born outside that has never lived indoors will choose distinctly different habitats for sleeping.

Cats sleep about 8 to 16 hours per day so “sleeping quarters” that are safe and secure no matter which type of outside cat is important to them.

The term “catnapping” is meaningful to cats and cats’ sleeping habits gave rise to this term.

Where Do Outside Cats Really Sleep?

An abandoned cat will seek to find a porch or patio outside a home that resembles the place where it formerly lived. This bears true for a lost cat also. But, a feral cat won’t be enticed to live on a porch or outside of a home as they shy away from any human contact. 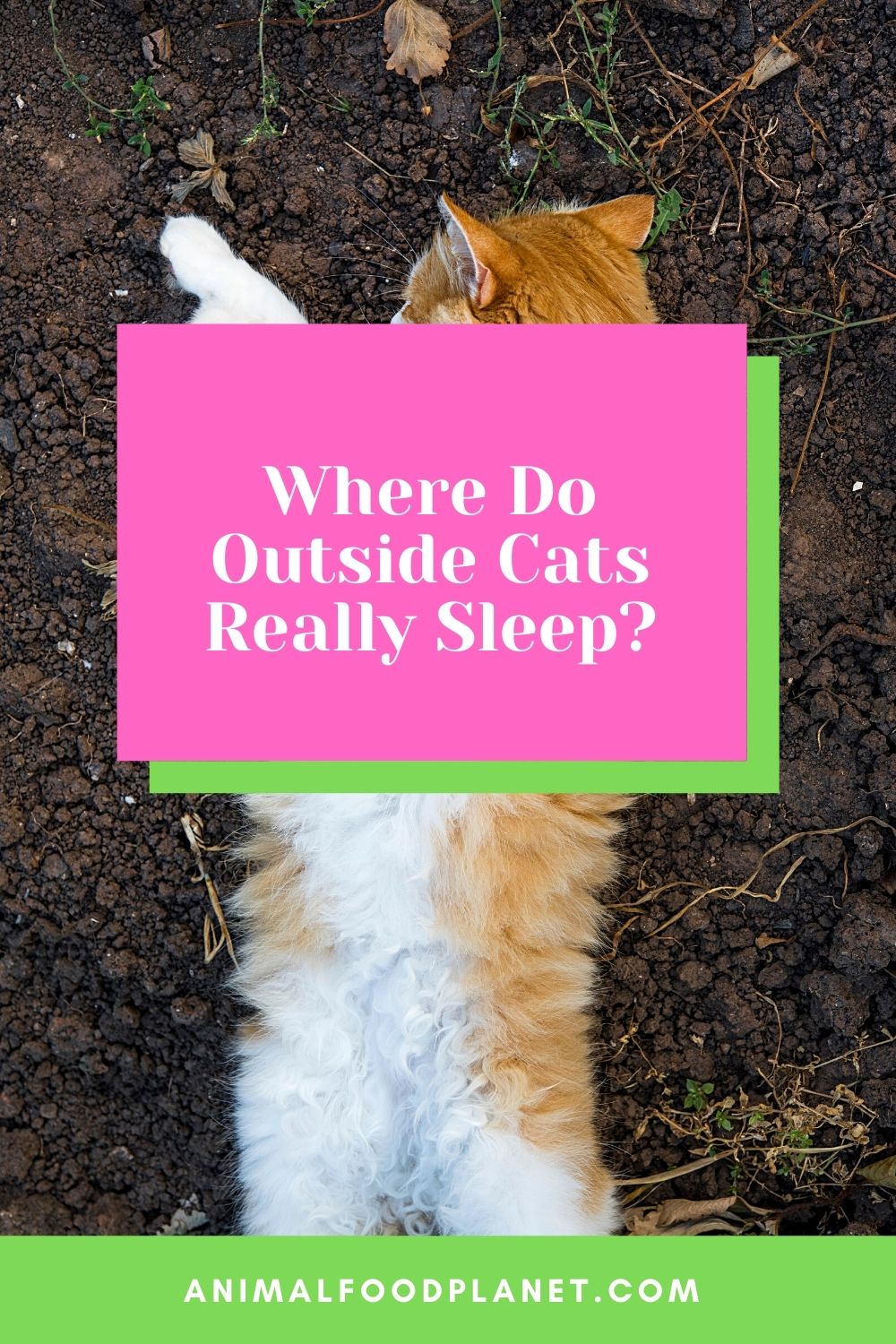 Where Do Outside Cats Sleep?

Where Outside Cats Sleep

Noting the differences in types of outside cats that must be addressed.

Abandoned or lost cats are used to human contact, and they will choose a porch or other shelter where someone leaves food out for them. 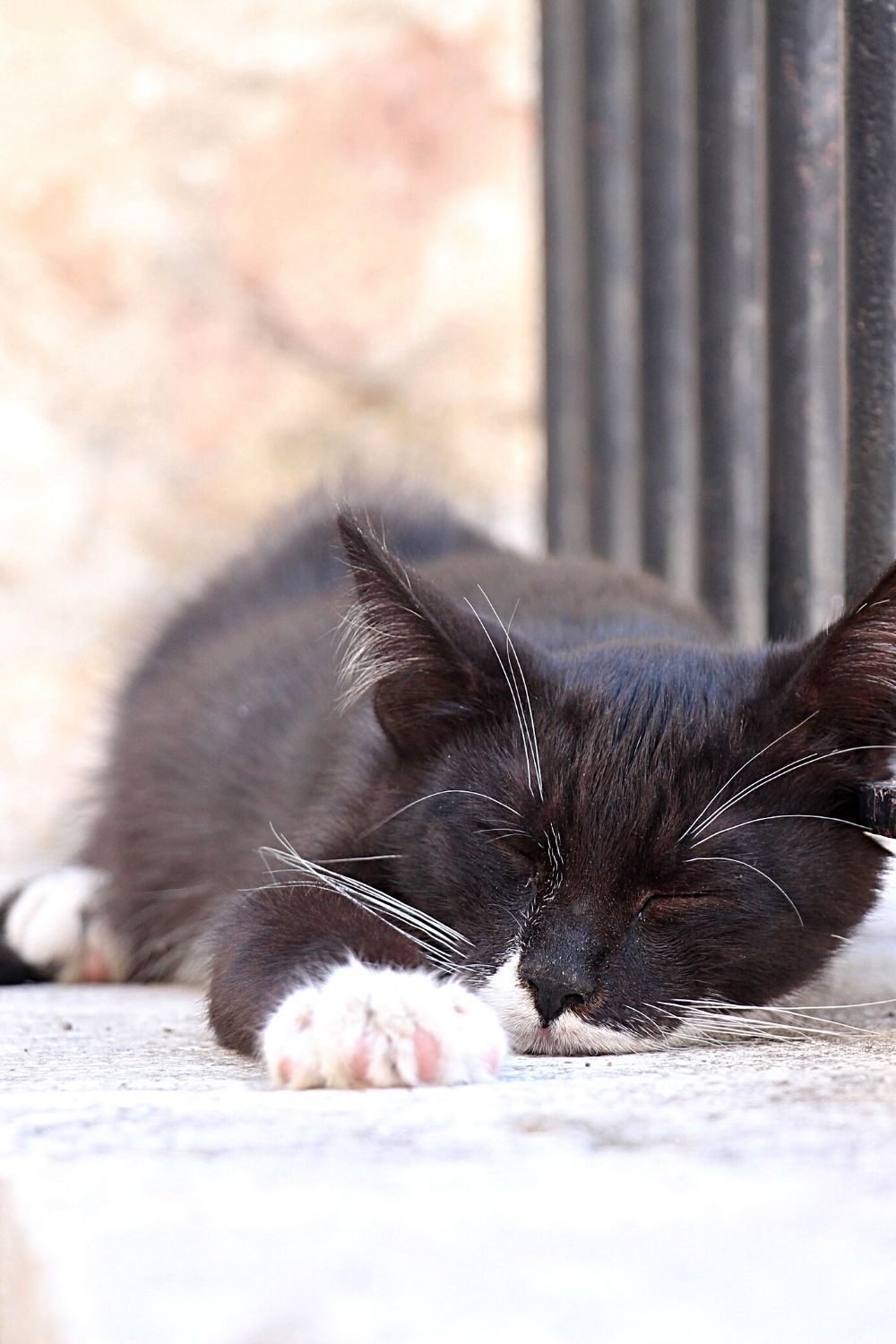 They are friendly and this is a distinct difference between them and a true feral cat.

All homeless cats are considered stray cats and in danger of being hurt or killed by predators and by cars as cats do not possess the intelligence to watch for cars.

A vulnerability exists for cats when outdoors and they can even hide in car engines for the warmth that permeates a car engine.

Checking for a cat hiding in an engine compartment or underneath a vehicle is good practice in cold weather.

A feral cat has not been socialized at all and shies away from human contact. 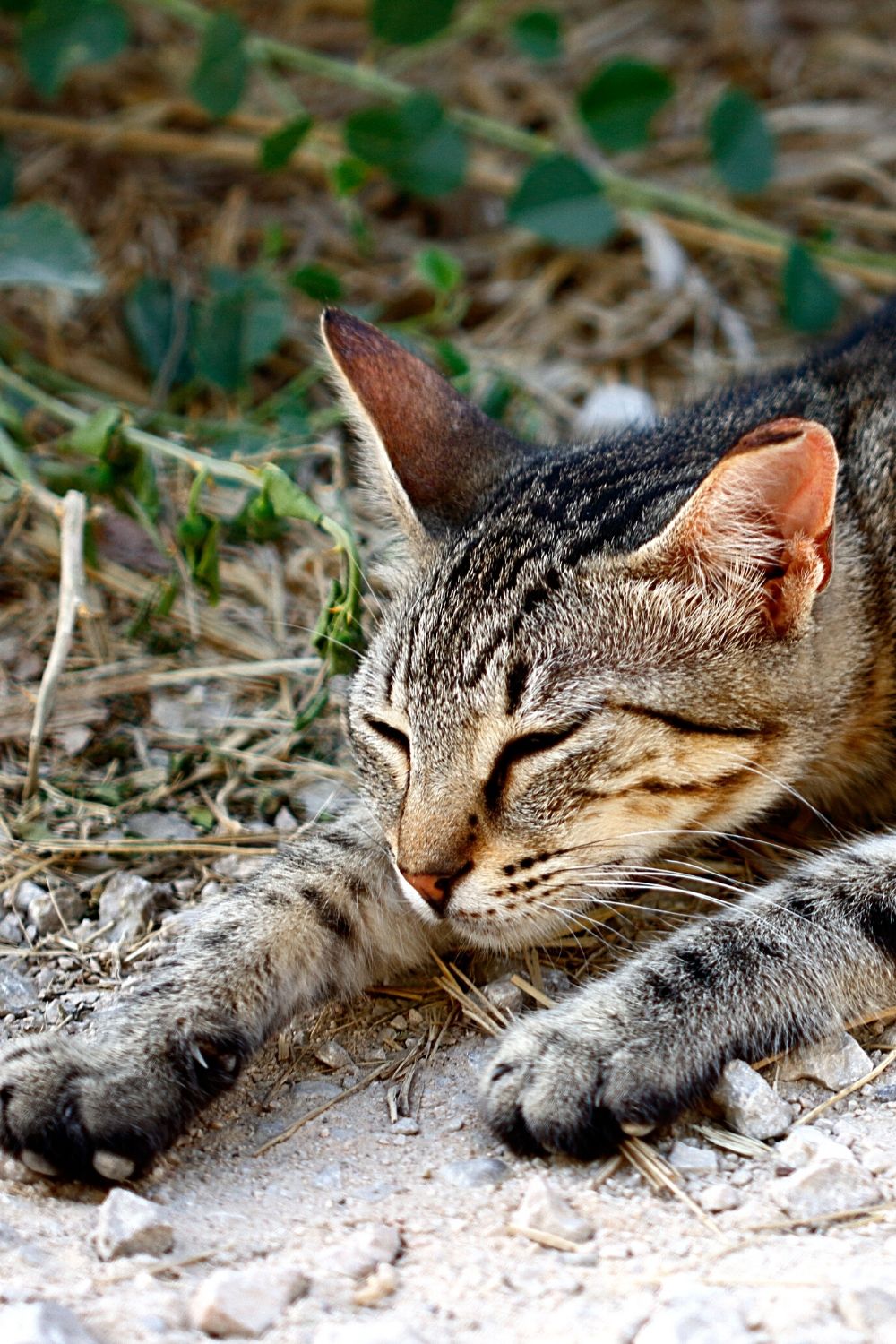 Even leaving food out for a feral cat may not entice the cat to come live on a porch or outside a home as they are skittish around all humans generally.

How To Tell if a Cat is Sleeping Outside

Abandoned cats, lost cats, and feral cats have a certain look about them that persuades some individuals to pick up cats that are owned by someone else unknowingly.

If food is left outside, even a cat that is owned by someone else will come to eat it.

Only cats that look thin and disheveled are strays and sleeping outside as cats are notoriously clean animals. 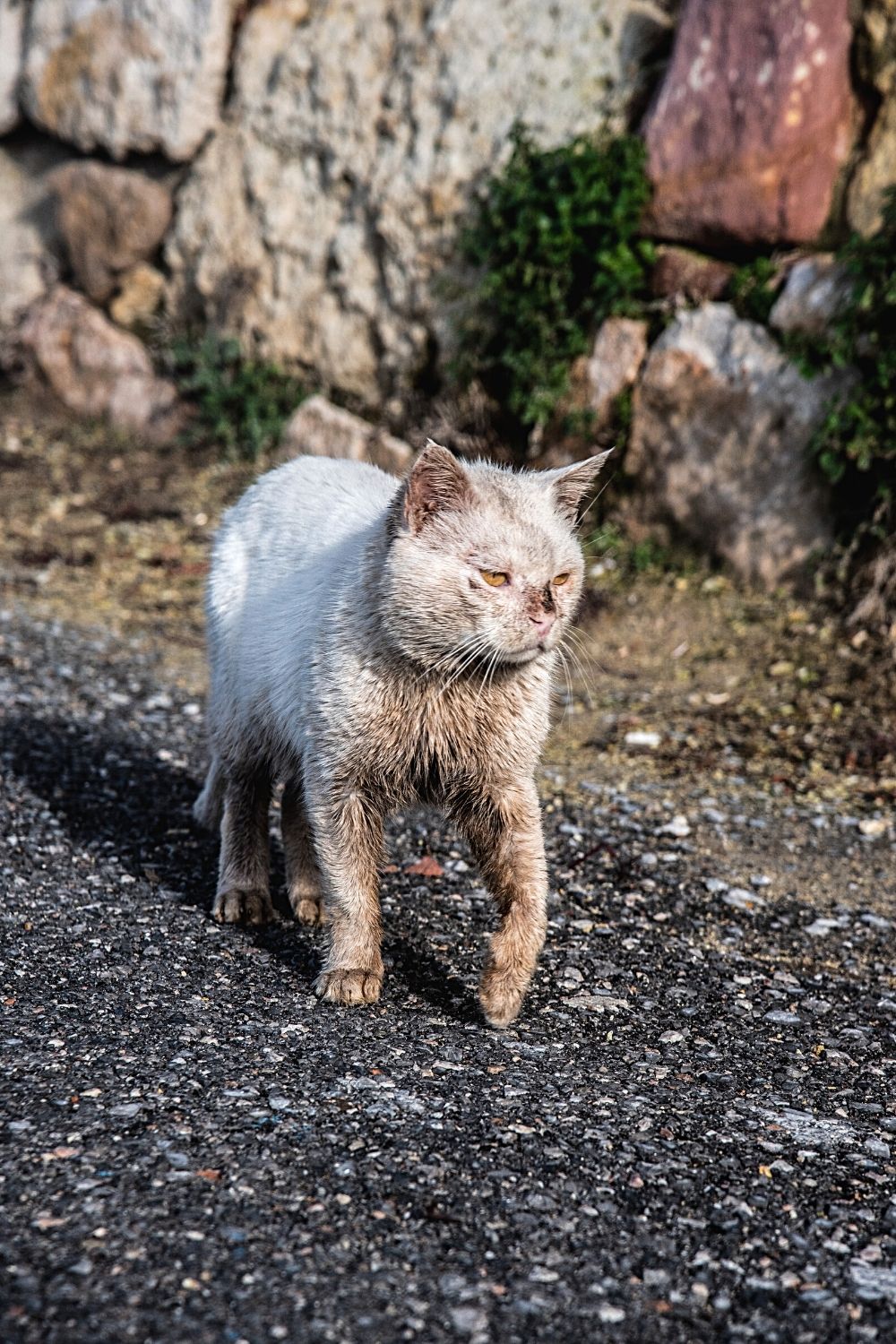 A cat that looks clean and friendly is not stray, abandoned, or feral. It is simply one with an owner who allows them to roam.

What owners of cats that allow them to roam freely do not understand that this is considered animal cruelty?

Enjoyment of the outdoors can be supervised in a yard or even by using a leash and walking a cat.

Feral cats generally live in cardboard boxes, under sheds, or even with other animals who adopt them. Cats have been found living with raccoons and even bears and other wildlife.

Ferals sleep during the day and wander at night to look for prey and traverse miles upon miles each day while lost or abandoned cats stay closer to home.

Feral cats prefer paper and cardboard as they provide warmth and are oftentimes referred to as “Boxcar Willies” since individuals who live on trains use these methods to keep warm.

There is a history behind that term and it does tie into railroad car sleeping.

This is common as cats will make a break for the door in your home as soon as it is opened many times. You will not notice immediately in all probability.

Reporting your cat as lost online can help locate them.

Cats can also be microchipped and calling animal shelters can assist in finding them. 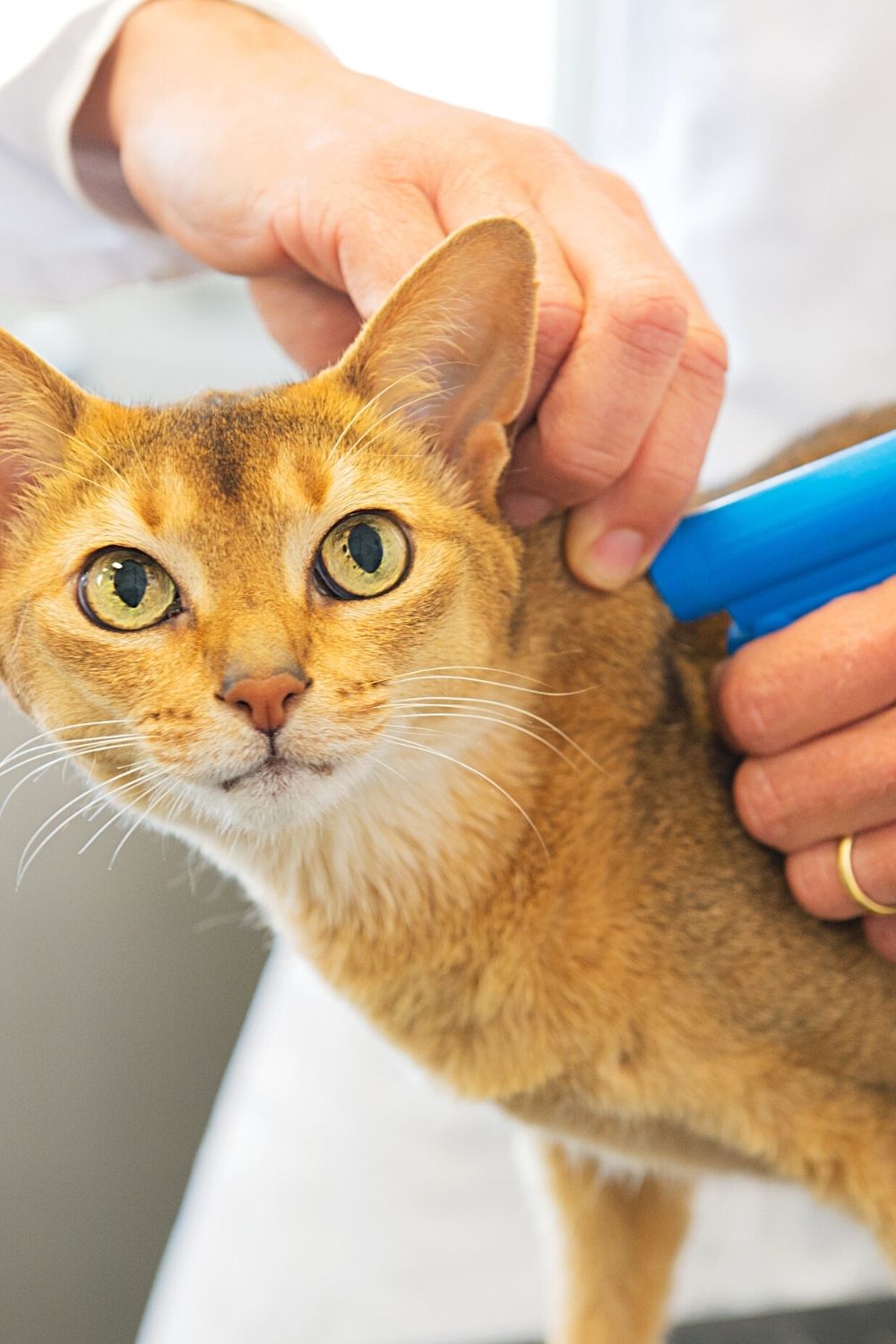 This is a sad situation but many individuals get tired of their cats and just release them.

At other times an owner dies and the family members just abandon the cat outdoors. These cats have no predatory skills and do not do well outside.

3. Cats Were Allowed to Roam

Especially if an owner has moved recently, cats have bad eyesight and do not recognize their surroundings. 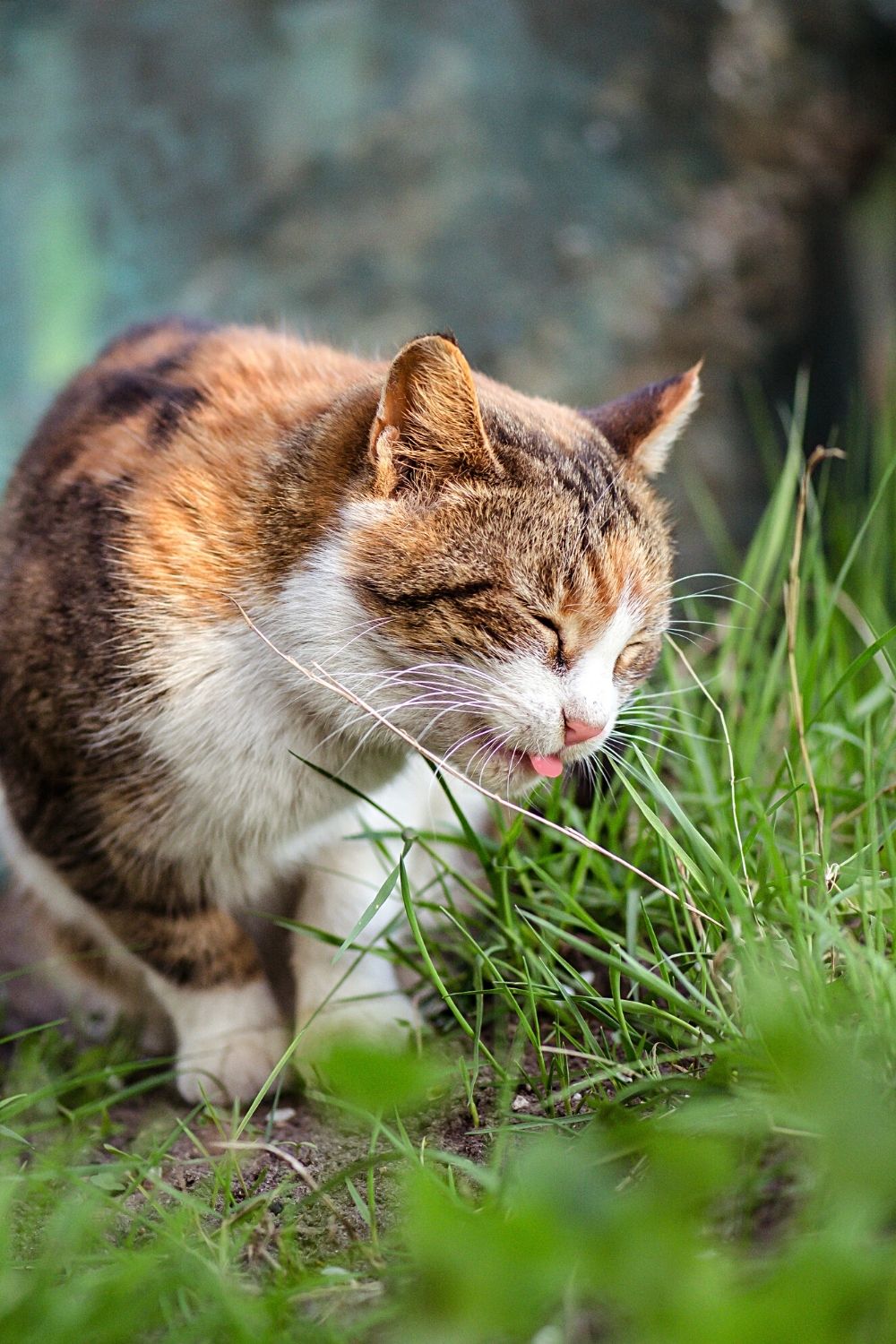 Most owners do not realize that cats are very nearsighted and only see well at night.

Ferals can become farsighted but domesticated cats only see for 20 feet as opposed to 200 feet for the range of humans.

4. Cats are Ferals and were Born Outside

Feral cats are plentiful unfortunately in the USA as cats can breed as young as six months of age and each litter does not have the same male parentage.

Feral cats can reproduce every few weeks as the gestation period of kittens is short.

It is not unusual to see farm fields and forests filled with feral cats and some neighborhoods become overrun with these poor creatures.

Frequently Asked Questions about Where Outside Cats Sleep

How can I tell if a cat is sleeping outside?

Cats that sleep outside can come out only at night and run quite quickly. They also can look tired and disheveled and dirty. They might be thin and hard to approach as they are on alert for dangers. They slink along rather than prance.

If I find a cat outside my home should I coax it in?

Any cat outside is in peril as they do not usually have enough food, water, or shelter. However, if the cat comes to you easily do not assume it is abandoned or a stray. An owner might be looking for it so you should call Animal Control or the local shelters.

How do feral cats look?

Feral cats have certain behavioral problems as they’re not socialized. You can leave out food and water but should not try to catch one yourself as they can bite and scratch with a vengeance.They are “extreme strays” and a cat shelter or rescue should be called for veterinary examination.

Conclusion: Where Do Outdoor Cats Sleep?

As was noted it depends on how the cat ended up outdoors. A lost cat will sleep by or on a property that resembles its home as will an abandoned cat.

Feral cats on the other hand will seek shelter that suits the weather and their need to stay hidden and safe, even if that means living with other animals or on the engine of a car.

Cardboard boxes are a favorite of true stray cats and ferals as are newspapers. Food sources close by will also determine where a stray or feral will sleep so that they can bring their “kill” home to eat quickly.