There are over 3,000 species of spider in the United States and over 45,000 around the world. That’s a lot of spiders, and knowing the names of them all would be almost impossible.

However, learning the identities of those that are dangerous is not such a difficult task. For example, five black or dark brown spiders have white dots spotting their backs and sides.

Only one of those, the Black Widow, is dangerous. It’s crucial to know which spider is which if you live where poisonous spiders also reside.

If you want to know how dangerous is a black spider with a white dot on its back, read on for more information.

How dangerous is a black spider with a white dot on its back?

Some Spiders are Beneficial to your Garden

Five spiders that are black or dark brown who may hang out where you live, include the following: 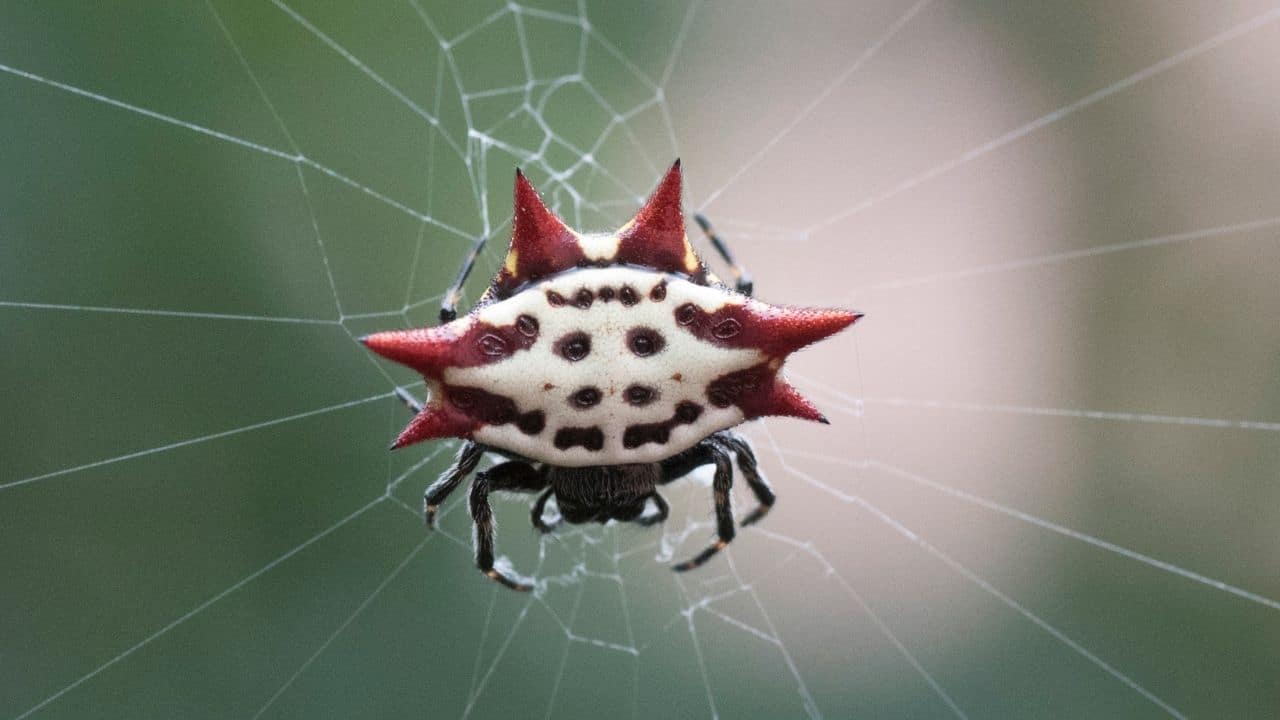 With an alienesque appearance that has more of a resemblance to a crab than a spider, the Spiny Orb Weaver certainly looks dangerous.

However, it is not, and the Florida variant of Spiny Orb Weaver is white with white spots on its back and may look different where you live.

Spiny Orb Weavers construct magnificent webs, where they trap their prey before the sun melts their trap away.

They are small as spiders go, and the female Orb Weaver measures a diminutive three-eighths of an inch across and builds a web that is 10 to 12 inches across. 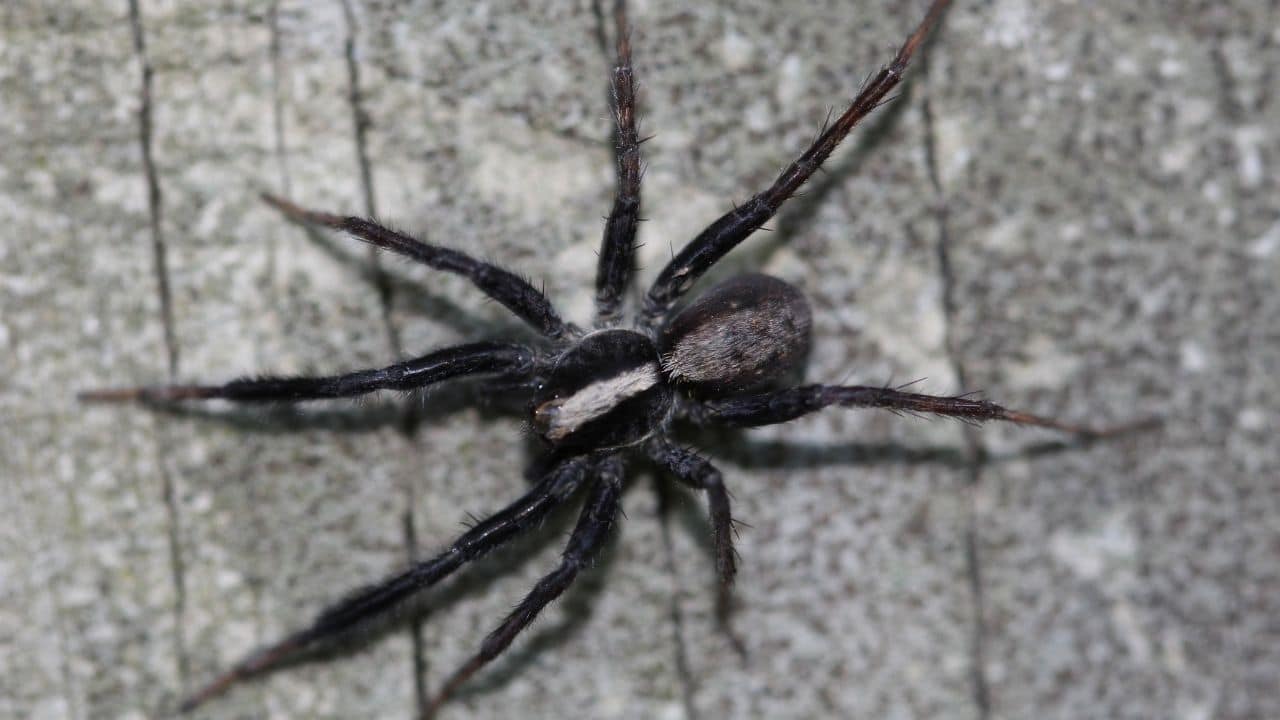 Unlike other spiders, the Wolf Spider doesn’t build a nest. Instead, they use their incredible speed to run their prey down.

If you have ever seen one in action, it can be a scary event until you realize they have no interest in you.

Although the Wolf Spider is not black, it is dark brown with black striations down its back. Its size alone is enough to make one’s heart run cold.

A full-grown Wolf Spider can have a body that is almost an inch and a half in length. When you add their legs to their body size, these hairy arachnids can span three inches.

They could bite you if you sat on one or got in your bed. However, they don’t pose danger to humans. 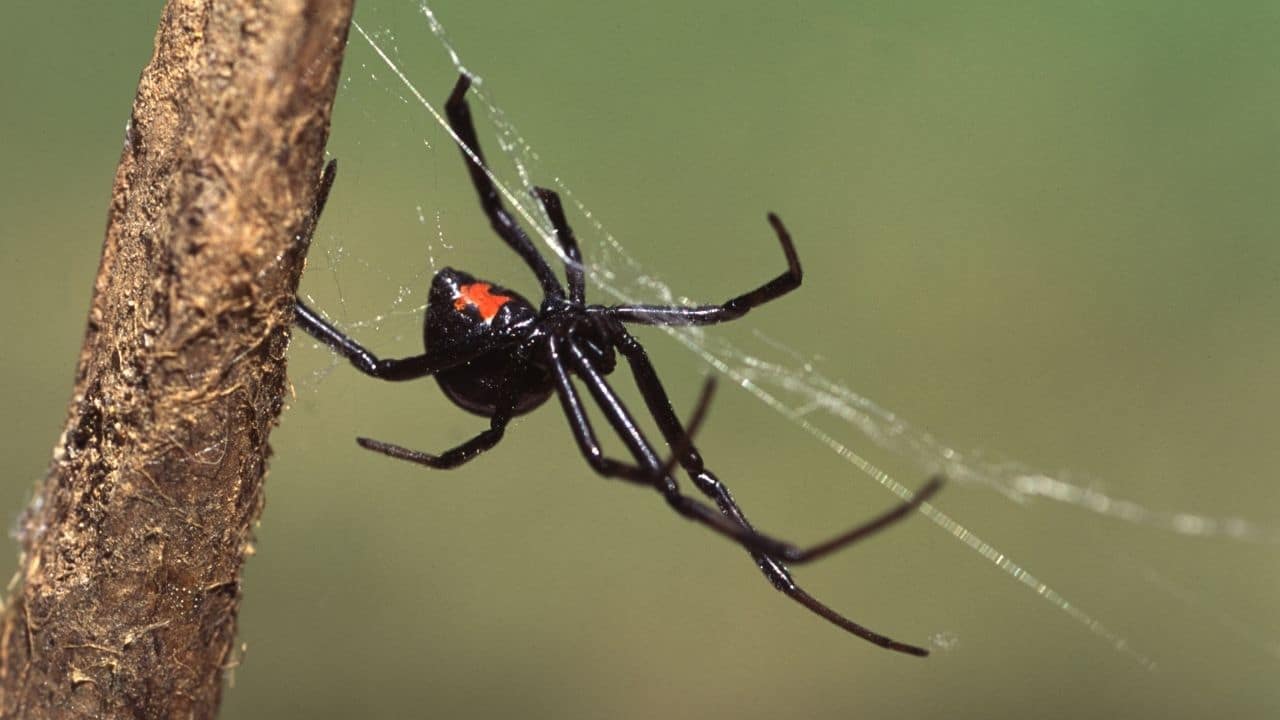 Here is the one that can get you, and as noted above. The male black widow and young females have white spots on their backs and their abdomens’ edges.

The most significant difference between the Black Widow and the other spiders mentioned here is dark inky black.

The body of a black widow will range from one to four-tenths of an inch in length. When you add their legs to that length, they spread to a little over an inch.

Thus, they are relatively small, can hide easily, and are dangerous if they bite you. 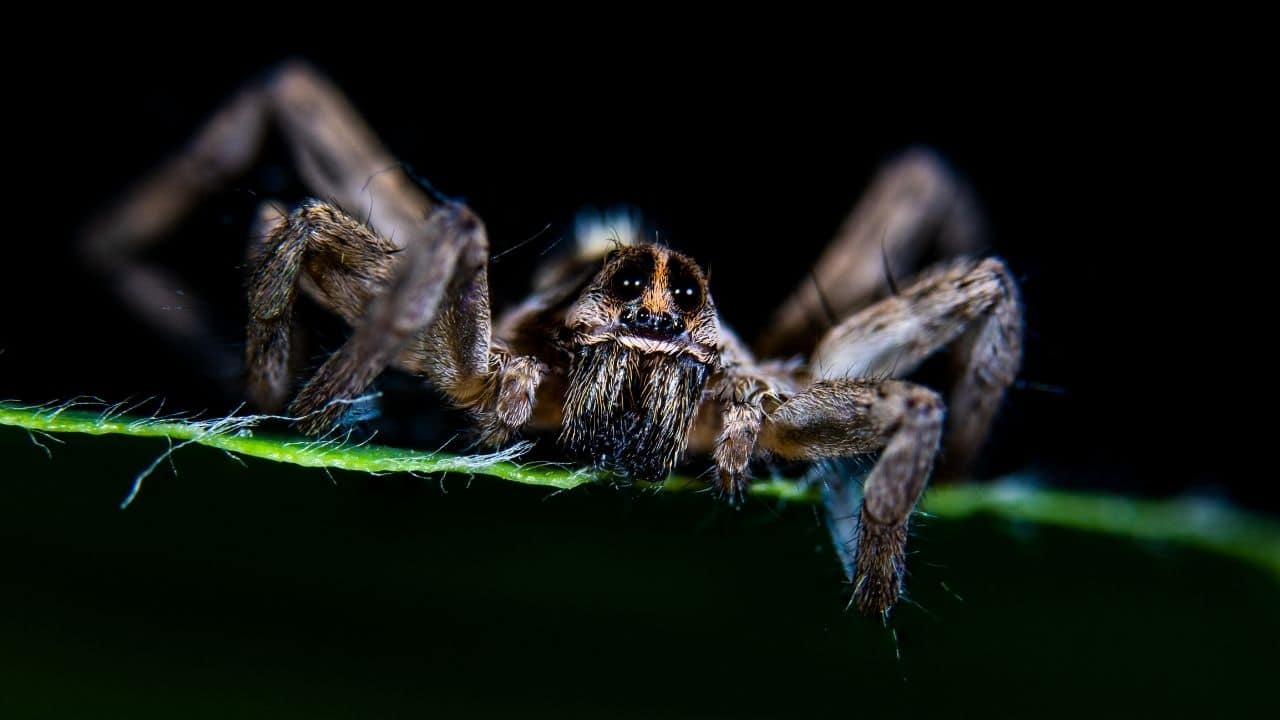 Like the Wolf Spider, the Parson Spider is dark brown with light brown spots on its back. They also have a white spot above their spinnerets, and they look deadly.

However, it is not.

They build silky nests to live in and hunt for prey at night. You may not see much of them due to this fact.

They are almost the same size as a Black Widow, which means they are not large spiders and measure about an inch to an inch and a half across if you include their legs. 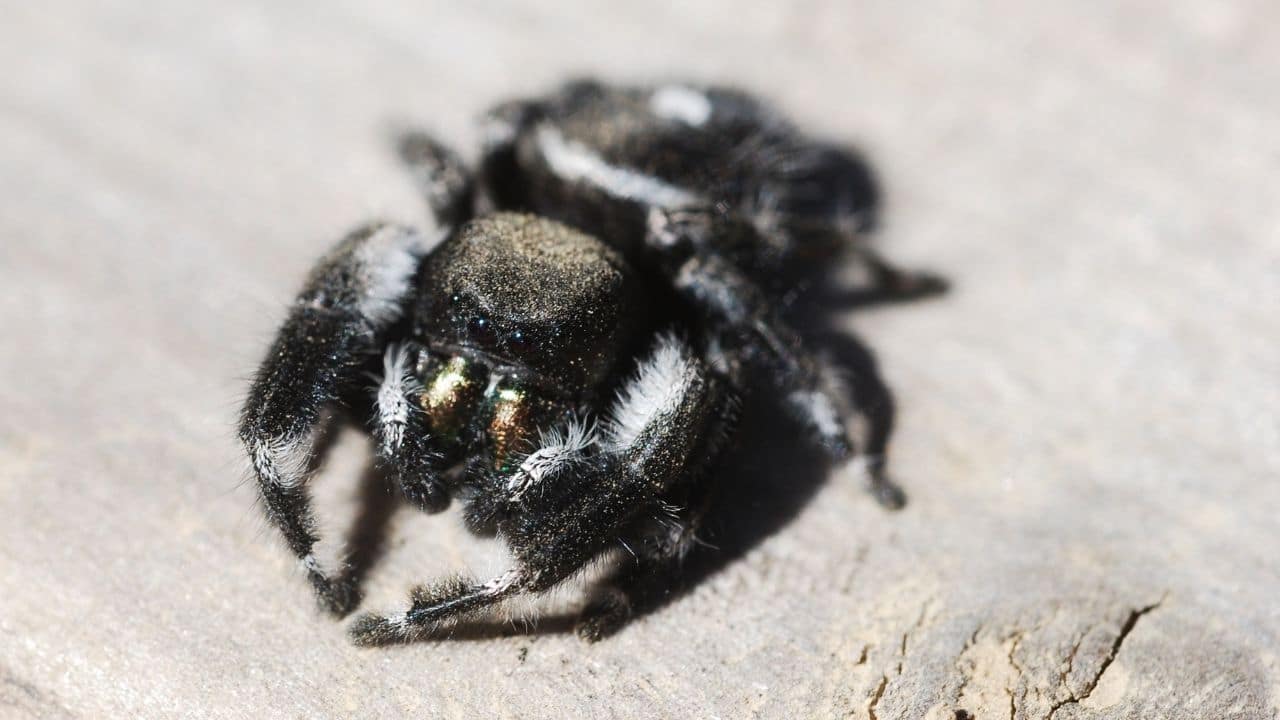 You can commonly find these spiders in the USA. They are black with prominent white spots on their backs.

They are about the same size as a Black Widow, so one can easily see how one can be confused. However, the typical jumping spider is not poisonous to humans.

How to Identify Dangerous Spiders

As you can see, only one of the above suspects is dangerous to humans. Of course, their prey may have a different view on that subject, but thankfully, spiders do not prey on humans.

Besides the Black Widow, the only other dangerous spider is the Brown Recluse, which you can find in North America.

So, if you think about it, only two species of spider are dangerous out of the 3,000 that call the United States home.

Can all spiders bite you?

Spiders can bite you. Although they are not poisonous, they are not exactly hygienic. The bacteria from a spider bite can cause infection if unattended. In addition, some people will have an allergic reaction to every insect’s bite, which is something to be aware of when dealing with spider bites.


Knowing the Spiders Where You Live will Help you Identify Them

Some people fear spiders so much they will not stop for a second and identify one before they smash it. Remember, spiders eat other insects and can be beneficial around your home and in your garden.

When spider bites occur, it is not because they jump on you and chomp down.

Instead, spider bites usually occur because they get in your clothes, in your bed, or you reach into the place they live and take offense at your intrusion.

Now that you know which spiders are dangerous and which ones are not, you can identify them before smashing them.