If there is one insect that is collectively feared by most people out there, it’s the spider.

There is something about its crawling body and many legs that makes us fear for our life.

However, the fact remains that most spiders can easily be crushed underfoot and are harmless.

Still, no reasoning can ever make us stop being afraid of those crawling insects no matter how small they are.

These creatures, smaller than your nail can easily be flicked away or crushed underfoot.

However, despite their weak appearances, spiders are quite strong. Stronger than most of the insects out there.

How Strong are Spiders?

Spiders are way stronger than anyone can expect them to be given their small body proportions and their weight. On average a spider’s strength can be estimated by the weight it can manage to lift concerning its body weight. It is roughly estimated that a spider can lift to 8 times its body weight. 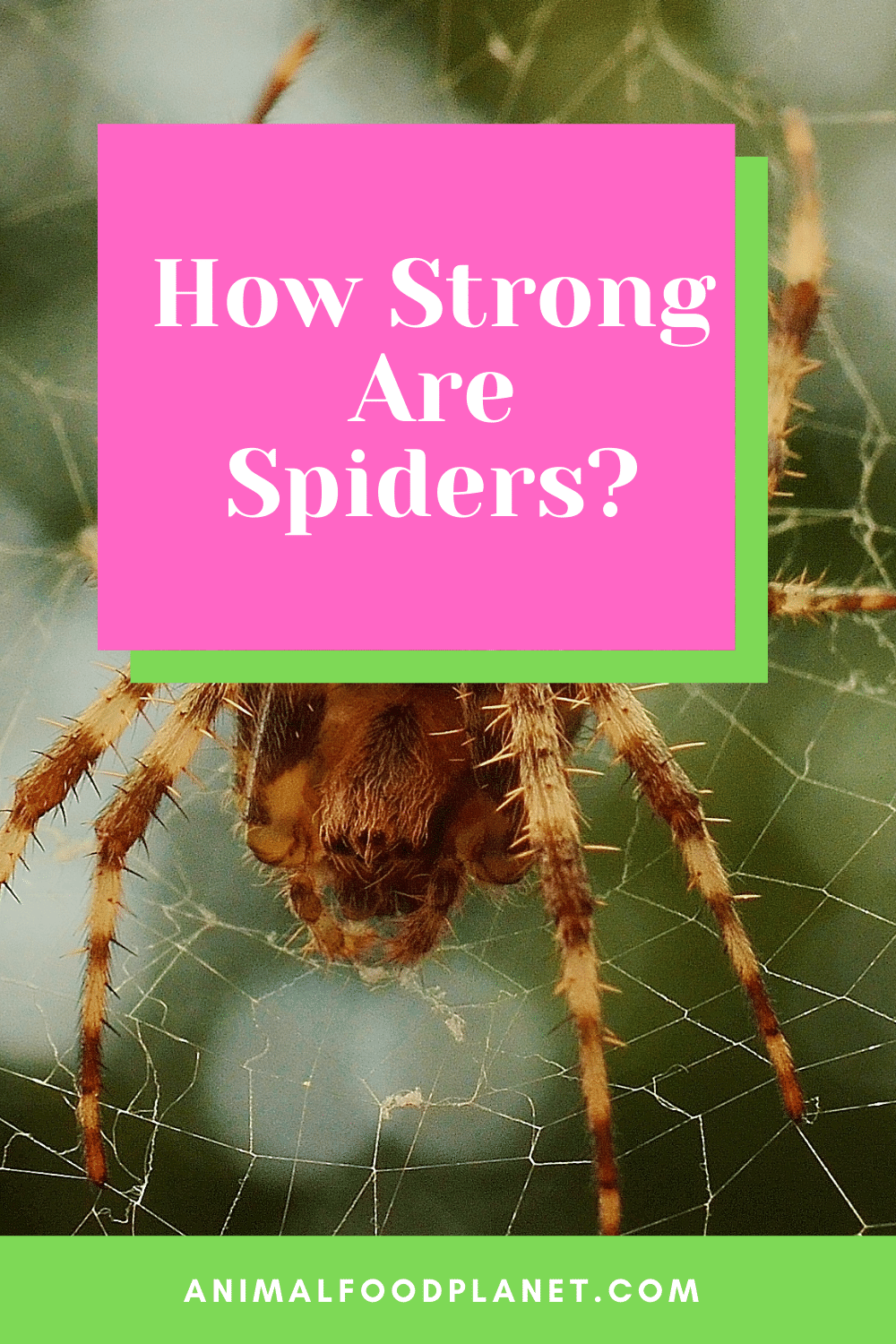 How Strong Are Spiders

How Much Weight Spiders are Capable of Lifting

Spiders, on average can lift to eight times their body weight. This figure varies with different spider species.

Many spiders such as Darwins’ bark spider can lift to 170 times their weight.

If the weight of the spider is 0.5 kg, it can lift to 80 kg, that’s heavier than the average man. Now, this is something very interesting.

When compared to humans, a spider is way more supreme in terms of crude strength.

It is observed that the strongest of humans can only lift three times their body weight.

In fact, to date, only three people have managed to lift triple their body weight.

When put like this, a spider is a way more powerful creature as compared to a human.

The weight carrying capacity of spiders varies from species to species. Scientists still debate over the strength that spiders possess.

Still, it is a widely accepted fact that spiders can lift to 2 to 200 times their body weight. These scuttling creatures are not as weak as we think they are. 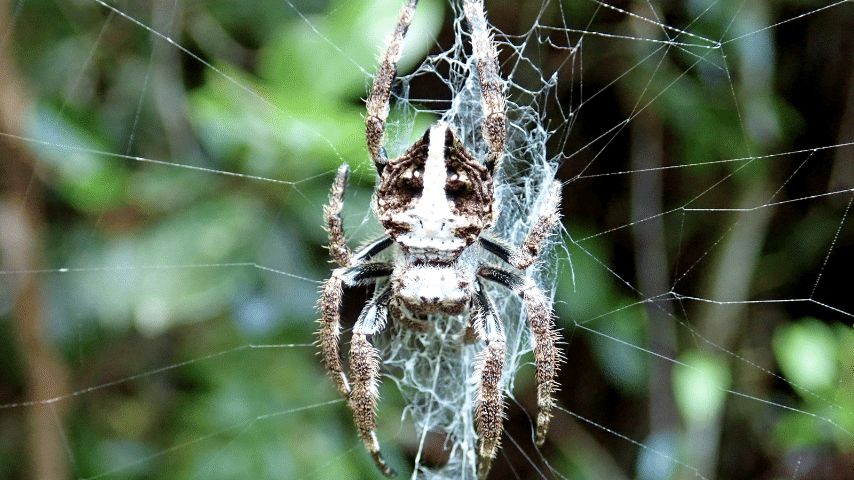 Darwins’ Bark Spider Can Lift To 170 Times Their Weight

How Strong the Strongest Spider is

The strongest spider is Darwin’s Bark Spider or the C.darwini. This spider is known to weave the largest webs.

The spider silk it produces has a tensile strength of 1.6GPa, this is the toughest biological material to date.

One can understand how strong a spider itself must be to be able to produce such strong silk.

How strong the Weakest Spider is

The Patu Digua is considered the weakest spider in the world. It’s also probably the smallest of spiders in the world.

The size of the Patu Digua is only 0.148 inches. Its size is roughly around the size of a pinhead, or just visible to the naked eye.

You can imagine how such a small and light spider is considered the weakest spider as its negligent weight and size would make it difficult for it to lift things.

The weakest Spider In The World Is The Patu Digua Photo Credit @meerachauhan95 on Instagram!

Spiders are known to weave their own homes or webs. You can get a hint of a spider being around by observing cobwebs all around.

While cobwebs can be annoying and creepy, the silk woven by spiders is one of the world’s strongest and most sought materials.

It is said that spider silk is finer and approximately 20 times thinner than a human hair. At the same time, it is 5x stronger than steel wires of the same thickness.

The Darwins Bark spider produces the strongest kind of spider silk. This silk is, on average, twice as strong as the silk produced by other spiders.

It is at least 10x stronger compared to the Kevlar. 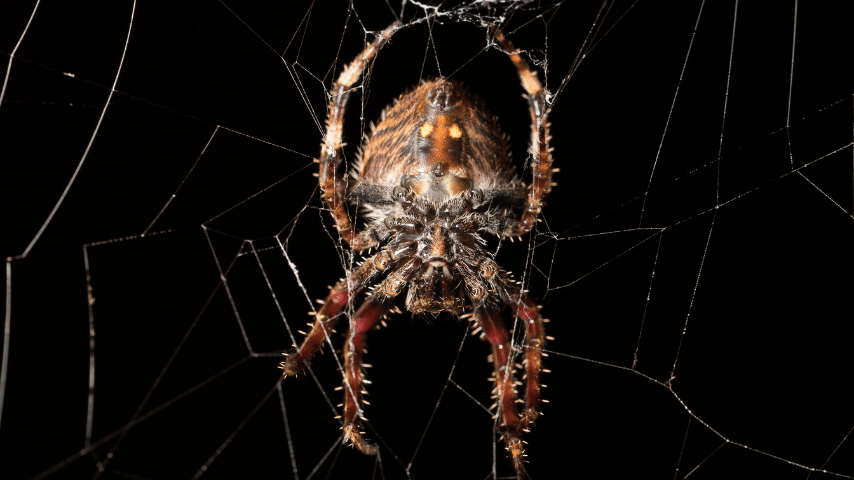 Strongest Spider Silk Is Produced By The Darwins Bark Spider

How Strong Spider Webs are

Spider webs are extremely strong. Their strength can be imagined by the fact that they can easily catch and hold bigger animals such as bats and birds without getting damaged.

The intricate pattern of the spider web and the quality of silk allow the web to be more durable.

The pattern of the web gives it more mobility and tensile strength, allowing it to catch bigger and heavier animals without breaking. 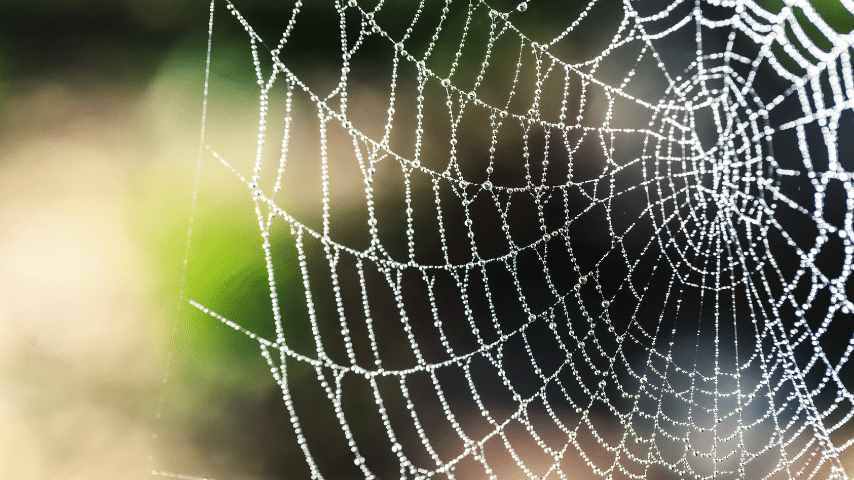 The Force that a Spider can Bear

We got to know that a spider on average can lift to eight times its body weight. However, the question arises that how much force can a spider bear without collapsing.

On average a spider can produce a total force of 0.025 N. When calculated, this means it can carry 173 times its body weight, which is simply amazing.

Are Spiders the Strongest insects

Despite their amazing weight lifting capabilities, spiders are not the strongest of insects. Horned Dung Beetles are the strongest insects in this planet.

This specie of beetle can pull 1141 times its body weight. This can be compared to a human lifting 6 double-decker buses. 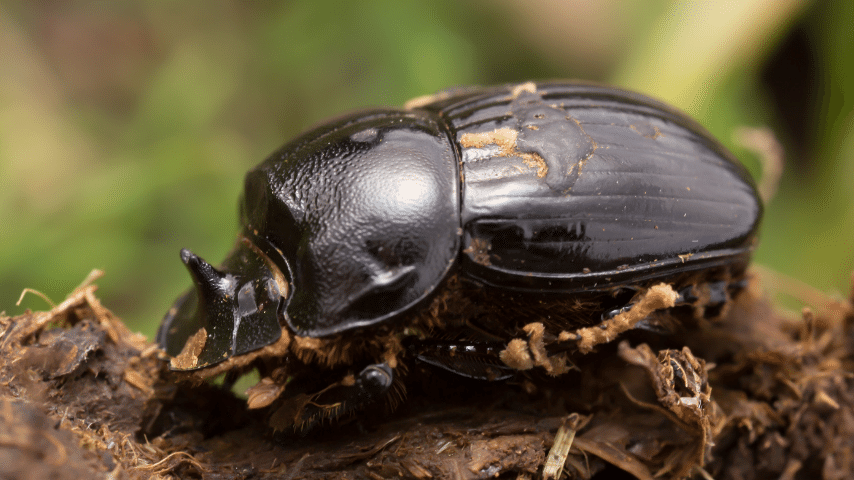 Frequently Asked Questions About How Strong Are Spiders?

Is spider silk stronger than steel?

The silk produced by the Darwins Bark Spider is 5x stronger than steel among all the spider silks of the same thickness.

Can spider webs stop a bullet?

Spider webs are highly flexible aside from being elastic. The way it is formed allows it to change shape and form a meshwork-like pattern which allows it to stop a bullet.

Why are spiders so scary?

The perception of spiders as fearful creatures may be contributed to their enlarged abdomen, body hair, and enlarged chelicerae. Even though most of the spiders are not poisonous. Most spiders are harmless to humans. Still, their appearance triggers disgust and fear in most people.

Spiders may look weak yet scary because of their appearance and their fast gait.

However, despite their small size, they are quite strong, with the strongest of their species being able to carry 170 times their body weight.

Spider silk is produced by spiders with the help of proteins for the formation of spider webs.

This spider silk is extremely strong and a coveted material because of its strength as well as its fineness.