Penguins are known best for their egg-like body shape and short little legs that they waddle about on.

From their outward appearance, you wouldn’t think that they had knees, but penguins are harboring a secret when it comes to their skeleton.

Do Penguins Have Knees?

Penguins do have knees, they just are not visible as their legs extend into their bodies. Their knees are designed in a way that they are tucked up in their body cavity in a way that has them placed parallel to a penguin’s sternum.

While oftentimes people forget that penguins are in fact birds due to their blubbery appearance and lack of flight, they are designed with a similar skeletal structure to birds that can take to the sky.

Whether it be flying through the air or ‘flying’ through the water, there are important aspects of the bird’s skeletal system that make this possible.

The sternum is broad and flat and broad, unlike in our skeletal system, which is designed to be perpendicular to the ribs of the bird.

It is designed this way because it provides strong center support for the bird’s flight muscles and tendons.

Where penguins differ is that, rather than being designed to take to the sky, they need to be hydrodynamic to propel themselves through the water at great speeds. 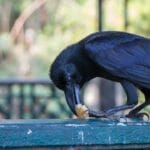 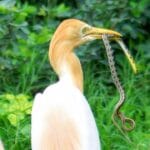 Instead of impractically long legs, their short legs and webbed feet give them the speed to hunt and evade predators in the water. To give them this ability, their knees are tucked up inside of the body.

When looking at an x-ray of a penguin swimming or sliding across the side, the knees bend and tuck up close to the ribcage.

Penguin bones are designed to be at a solid speed; having hollow bones would simply be a hindrance because of the speed at which they swim and dive into the water.

So if Penguins Have Knees, Why do They Waddle

You would think that having knees would make penguins walk more gracefully on land. Because of how their knees are tucked up into the penguin’s body, the penguin can not walk easily.

The design of their knees does, however, become a powerful way to propel them through the water.

Waddling is the easiest method for penguins to get around. As their bodies are very rounded and heavy, waddling is not only an effective way for a penguin to move about, but it also helps them retain energy.

While on icy and slippery surfaces, the penguin uses its legs to kick out and propel itself forward.

While this may seem like they would be an easy target when they are sliding or gliding across smooth surfaces in comparison to waddling, the way that their knees and grip on the ground allows them to make a swift exit.

How Penguin’s Knees Help Them Swim

Swimming is the area where penguins showcase their true power. When in the water, they are transformed from the clumsy creatures that we see waddling about on land, to agile swimmers.

This is a combination of the skeletal and body design of the penguin. Their strength, strength by hydrodynamic legs, and webbed feet move them forward quickly.

This, combined with their body shape, gives them the ability to make impressive maneuvers in the water.

How Penguin’s Knees Help Them Climb

We’ve all seen those videos where penguins are hanging around on rockfaces above bodies of water to get to their nesting areas. Often there are one or two that tumble down and shake themselves off, uninjured.

The smaller species of penguins that live in these particular terrains use their knees and feet to their advantage. Smaller penguins have less of a top-heavy body structure and can therefore hop from rock to rock with greater ease.

When they’re doing this, the penguins not only use their knees to hop, but their strong claws allow them to grip the rock surface, preventing them from falling.

Frequently Asked Questions About if Penguins Have Knees

This statement’s a common misinterpretation when it comes to birds. Birds, including penguins, do not have knees that bend backwards. The area on the leg of birds that bends backwards and is often assumed to be the knee, is more like the ankle.

Why do penguins fall over so frequently?

Due to the way that their knees are tucked inside their body, maneuvering on land can be difficult. Especially with larger penguins, who live in Antarctica, where they face few land predators.

Do penguins’ knees get injured easily?

Penguins have strong solid bones, also the fact that their knees are tucked up inside their very insulated bodies protects them from injury when they fall. This is a handy trait to have, as penguins are so clumsy on land.

Penguins have a unique skeletal structure. The intricate design that has part of their legs, along with their knees, tucked up inside of their bodies make them graceful birds when they are in the water.

Penguins’ knees are essential as they need to be powerful and agile while in the water. This allows them to hunt and escape from predators.

Through the process of evolution, they are still given a way to transport themselves across smooth and icy surfaces at speed on land.