Terrestrial Isopods — All You Need to Know about Them 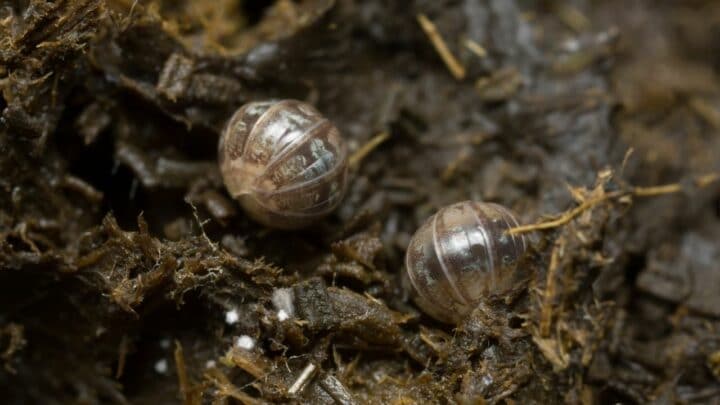 A plethora of isopods dwells beneath damp logs and rotting leaves, some of which may be terrestrial isopods such as pillbugs, slaters, sowbugs, and woodlice.

Terrestrial isopods are the isopod species that live on land. There are approximately 5,000 land-dwelling isopods in the world. Their bodies are oval in shape, where their 7 pairs of legs and 2 sets of antennae are attached. Like their aquatic counterparts, terrestrial isopods thrive in damp environments.

These isopods have an oval form, seven pairs of equal legs, with 2 sets of antennae. Crayfish, lobsters, and crabs are all linked to isopods, which are primordial crustaceans.

The terrestrial isopods have been the only significant group of crustaceans that have evolved to dwell on land, despite the fact that other crustaceans must live in or near water.

They breathe through gills, as do other crustaceans, but because these gills must remain moist to function, terrestrial isopods are doomed to a life in damp environments, generally beneath decaying wood or leaves.

While they are not dependent on water, they must limit their activity to times and areas with high humidity, making them nocturnal and migratory.

To save water, they don’t excrete their feces via water-based urine. Instead, it releases ammonia directly into the air.

To deal with the difficulties of terrestrial existence, terrestrial isopods develop a thick, rigid exoskeleton with an armor-like plate on each body segment that covers the plate on the part underneath it.

Many isopods may curl into a ball when startled, protecting their delicate underparts and other parts of the body from assault and desiccation.

One of the most effective at this activity are pillbugs, which get their derived from the fact that when coiled up, they look like small pills.

Female isopods have to carry water with them since they cannot return to water to reproduce. They then use their water-filled brood pouches under their thoraxes to house the fertilized eggs.

Whenever the eggs are laid and hatched, the juvenile isopods, which look like adults, must stay in the compartment until they are old enough to survive on their own.

However, they are quickly released from the pouch and reach maturity following four or five molts. Molting is unusual in isopods since it occurs throughout their lifetimes.

During the molting process, the back half of the skin is lost first, followed by the anterior half two or three days later, resulting in bicolored individuals.

Terrestrial isopods are opportunistic feeders and scavengers that eat mostly plant and animal debris. In the leaf litter, crevices, and beneath rocks, logs, and bark, their food is generally already dead and rotting.

They eat in areas where plant and animal waste and debris accumulate and there is dampness.

Small air holes should be punched in the lid of your selected container, and the interior should be misted with room-temperature water.

Apply a 2-3 cm layer of soil moist with chemically-treated water. Add a 4-5 cm layer of dead leaves, compost, or wood mulch on top of the potting soil.

Chemically treated pine bark or mulch should not be used.

Place the habitat somewhere that gets indirect light and stays between 68 and 72 degrees Fahrenheit (20 and 22 degrees Celsius).

Moisture should be maintained in the habitat’s soil. To maintain the required humidity level, mist with room-temperature water regularly. Isopods aren’t attracted to light and migrate away from it.

If you put the habitat in a dimly lit location, you’ll be more likely to see them.

Apart from a humid habitat, isopods require very little attention. You can give your isopods more food if you want to.

Leaf litter must be replenished in all enclosures. Additional food sources are not generally necessary if Isopods are a secondary occupant species due to the number of dead leaves, organically shedding plant leaves, and inhabitants waste that will be present.

Adding extremely tiny quantities of nutritious food to the Isopod community inside an enclosure may be useful in some rare situations because there are not enough accessible nutrients. The enclosure must be misted on a daily basis, particularly if the humidity levels fall below 60%.

Enclosures that are extremely humid might be misted less frequently, with the primary objective of preventing the substrate from drying up.

A suitable live enclosure substrate is an important component in ensuring that Isopods can develop and sustain a population in an enclosure over time.

Vegetation, mycorrhizal fungi, and beneficial microorganisms will thrive on a live vivarium substrate that will not break down over time.

It should also be breathable enough for microfauna to move freely from top to bottom inside the substrate layer. Isopods will thrive in substrates, as you’ve guessed.

My isopod habitat is contaminated with mold. What do I do?

You should improve the habitat’s ventilation. More holes should be punched in the container’s lid, or your isopods should be moved to a tank with a ventilated lid. Make sure to throw out any food or things having mold on them.

Can I put different types of isopods in my enclosure?

I don’t recommend mixing different isopod types in the same enclosure. Some species are more aggressive than others and you don’t want them to compete for the resources you provide.

Terrestrial isopods are easy to care for by just making sure their enclosure is set up properly and they have the right food and supplements. 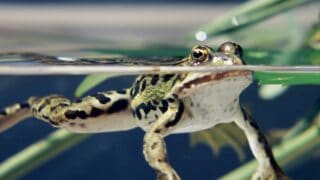 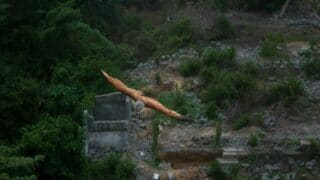 Next
How High Eagles Fly - Incredible!