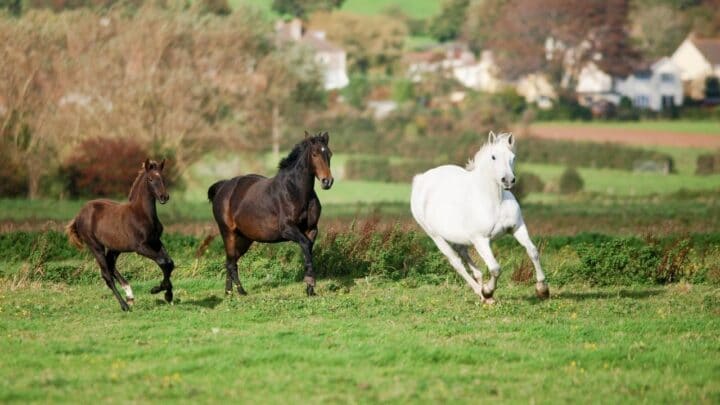 Having grown up around the racetracks of the U.S., I have always known that horses are fast, and watching them gallop full-tilt down the track certainly enforces this.

But just how fast are horses and are they all the same speed? Which horse breed runs the fastest, and why can they run so fast?

I was curious to determine just what horse breed was the fastest, what influences their speed, and what the top speed per breed was. Here’s what I found.

How Fast Can Horses Run?

The average horse clocks in at a galloping speed, or their top speed, of 27 miles per hour (mph). This is not too impressive compared to a human sprinter who can top out at 27,5 mph. However, some horse breeds far exceed the average and clock in at 44 mph, and the top speed measured was a whopping 55 mph!

Horse Speeds According to Breeds

The fastest horse ever clocked was an American quarter horse who clocked an amazing 55 mph over what is known as the quarter-mile sprint.

This is also where the breed gains its name from as they are the horse breed with the fastest sprint speed over such a distance.

With an impressive burst of speed, these stocky horses are used in ranch work, western games, and also on the racetrack to catch run-away thoroughbreds who may have gotten loose during the race.

For an experienced quarter horse, it is no problem to run in a wayward racehorse.

The fastest speed of a racing thoroughbred ever recorded was verified by the Guinness Book of World Records in 2008.

The horse, called Winning Brew, reached a whopping 43, 97 mph during the race at Penn National Race Course in the U.S.

We are all in awe of the sheer power and elegance of the Arabian horse, but how fast are they?

Interestingly, they max in at 40 mph, being left in the dust by the quarter horse and the thoroughbred.

However, what the Arabian horse lacks in brute speed, it makes up for in endurance, and in longer races, they leave thoroughbreds far behind.

The American paint horse is a breed that has been distinguishing itself on the racetrack too, and it is rumored to have been clocked at 55 mph like the quarter horse, though there is no official record of this.

What Makes a Horse Faster Than the Others: The Answer

While horses are all fast, there is something that sets the top racers and fastest horses apart from others.

What is it that determines one horse is faster than the others in their breed?

While horses within a certain breed all have the same basic build, there are still differences that the trained eye can see.

Some have longer legs, which give them a bigger stride or better ground coverage when they run. Others are bigger, and still, more are built “downhill,” which results in horses running forward faster.

In the end, what really makes for a faster horse is not some wonderfully long legs or a bigger body. Instead, it comes down to the overall combination of their conformation and how this balances within the horse.

A horse that is too leggy may have less balance as they are higher off the ground, while a shorter horse like Seabiscuit, who was only 15 hands high, maybe more balanced and, therefore, run better.

While a long-legged horse covers more ground with each stride than a shorter horse, this is not necessarily an indication of which horse will run faster.

The speed at which a horse can bring their legs from one stride to the next is what really matters.

Taller horses can be clumsy and unbalanced, and they may bring their legs forward too slowly, losing the advantage of their bigger stride.

If a tall horse is balanced and can carry their height across their whole body, they are able to be faster overall. The famous racehorse Man-o-War is an example of this.

Yet, the smaller Seabiscuit ended up beating him out due to his overall speed of stride.

To run fast, a horse needs to send oxygen to its muscles. This means they need to breathe correctly.

Larger lungs mean better breathing. A horse with a bigger chest usually has a larger set of lungs, and it can run faster as a result.

This is not something you can physically measure in a horse, but a horse who has the heart to run will do so with all of its being.

Some call this courage, but I have seen how a smaller horse will outrun a bigger horse simply because the smaller horse had the heart to not give up.

Horses that are high-strung can also end up wasting precious energy before a big race, and while they may look flashy, when it comes to running at speed, they may not perform well at all.

In the end, when it comes to speed, there is no single characteristic that determines whether a horse is fast or not.

While breeds have their own speed characteristics, each horse in those breeds has to combine the elements that make them fast in the right proportions to really reach their top speeds.

Which is the fastest breed of horse?

While the fastest breed of horse is usually considered the thoroughbred, the American quarter horse has been proven to be the fastest over a short distance. Thoroughbreds are usually used for racing over longer distances due to the breed’s overall speed qualities. Arabian horses can sustain an average speed of 40 mph over a longer distance still, making them ideal endurance racers.

How fast is a galloping horse?

The average horse can gallop at around 27 mph depending on rider weight, horse fitness, and overall conformation. With thoroughbreds, this increases to 44 mph and tops out at quarter horses at 55 mph.

While horses are incredibly fast animals, their speed is not something that is a given. Not all thoroughbreds are fast, nor are all Clydesdales slow.

Each breed has the potential to perform according to its build and conformation. The last ingredients to attain a really fast horse are balance and willingness to run. 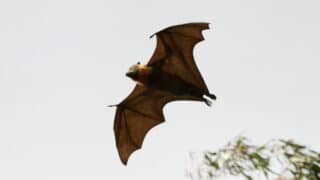 Previous
What Do Bats Do In the Winter? Oh! Really? 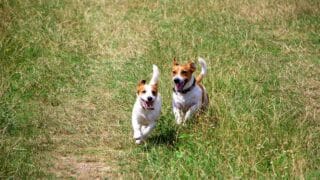