Most humans know that the domesticated dog, as we know it today, evolved from the wolf. Wolves are incredible, valued in most parts of the country, and protected in many of them.

Most people have a great appreciation for the wolf, and we love owning dogs that have a similar appearance.

There are many dog breeds today that look very much like this majestic ancestor of the domestic dog. Some people even own wolf hybrids, though it’s not legal in many places across the United States.

Although the Husky and Malamute come to mind when discussing dog breeds that look like wolves, there are actually more than that. Canadian Eskimos, Alaskan Malamutes, German Shepherds, Siberian Huskies, Finish Lapphunds, Kugshas, Tamaskans, Czechoslovakian Wolfdogs, Utonagans, and Northern Inuits are all dogs that look almost identical to wolves in the wild.

As someone who has owned a wolf-like dog, I can’t tell you how fun it is when people stop you on the street to admire your dog.

They love how much the dog (an Alaskan Malamute, in my case) looks like a wolf, and naturally, they want to know more about them, primarily if they’re really mixed with a wolf.

Wolves are majestic and incredible to look at, both in zoos and the wild. If you’d like to own a canine looking like a wolf, I get it. 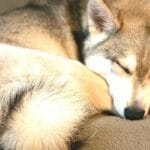 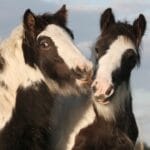 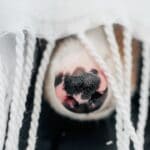 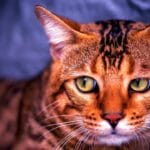 Just make sure to do your breed research to know which breed will fit your lifestyle best. 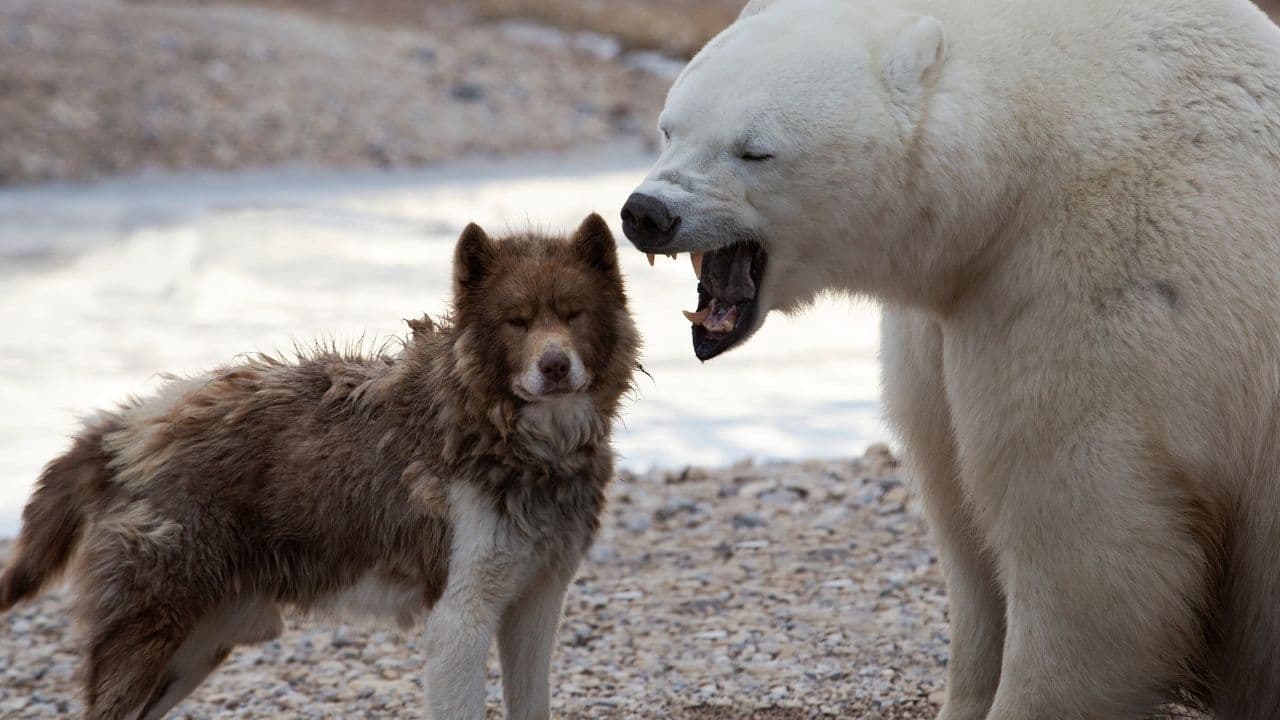 Canadian Eskimo dogs are scarce and gorgeous, so they come with a price tag for sure!

What you’ll pay depends on the breeder, of course, but they’ve been known to cost upward of $3,500.

These pups are loveable and willing to please, though they can be noisy and vocal at times. 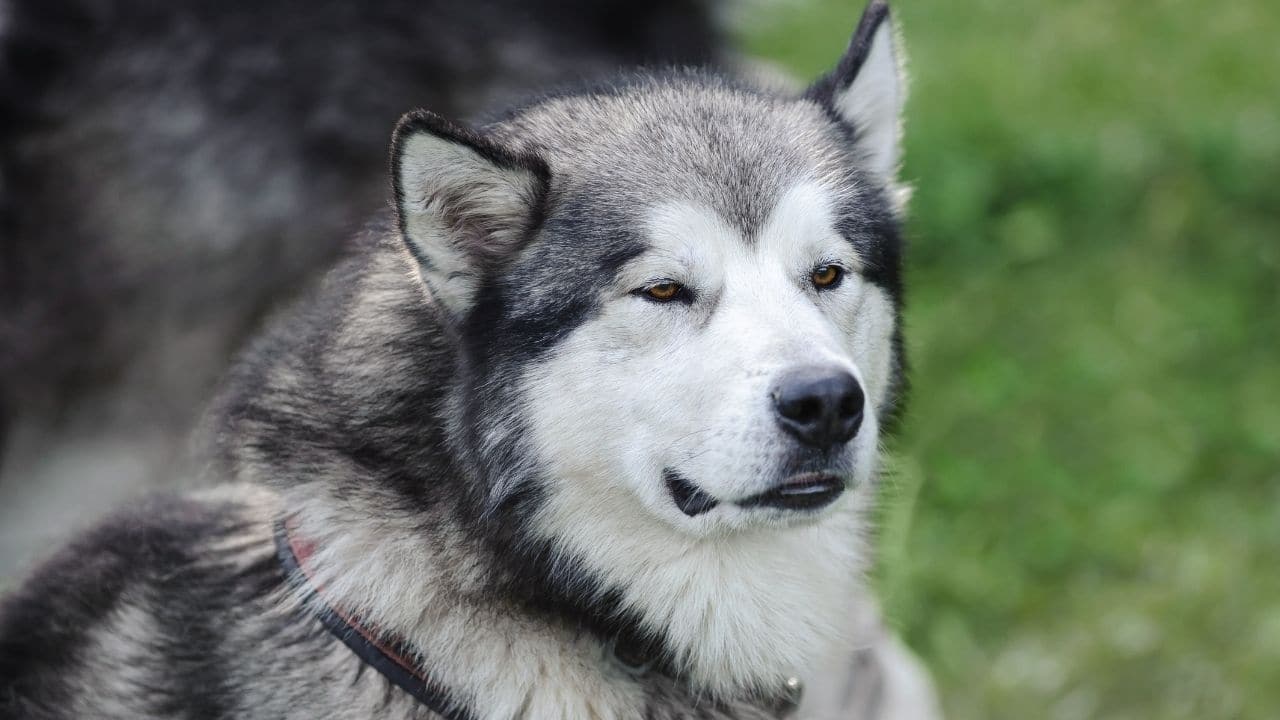 Originally bred to haul sleds across the coldest places on Earth, Alaskan Malamutes are large and robust. Malamutes need a ton of exercise, as they were produced to go many miles over rough terrain.

A malamute with an inattentive owner will destroy property without question and may even become aggressive.

If this is your wolfdog choice, make sure you like to run or hike…a lot! 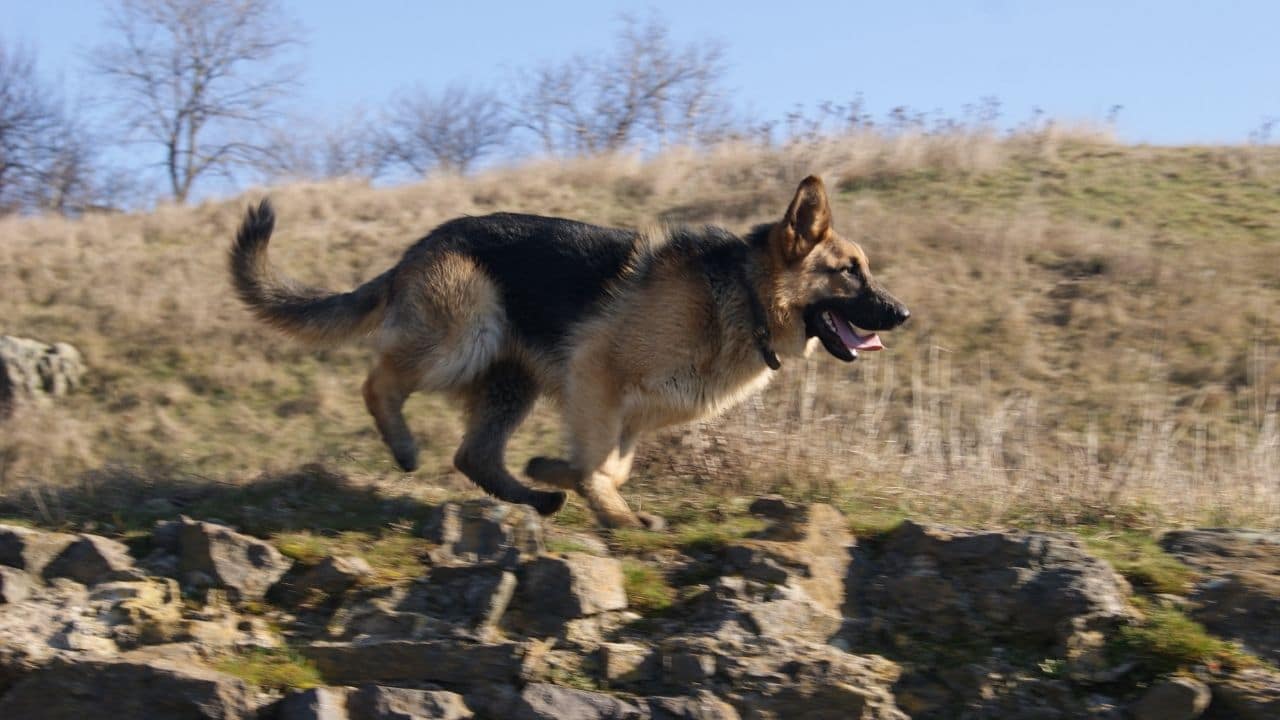 Most of you are probably familiar with the German Shepherd.

This classic working dog makes an outstanding partner in any police force, as well as a fantastic family pet when properly trained and exercised enough! 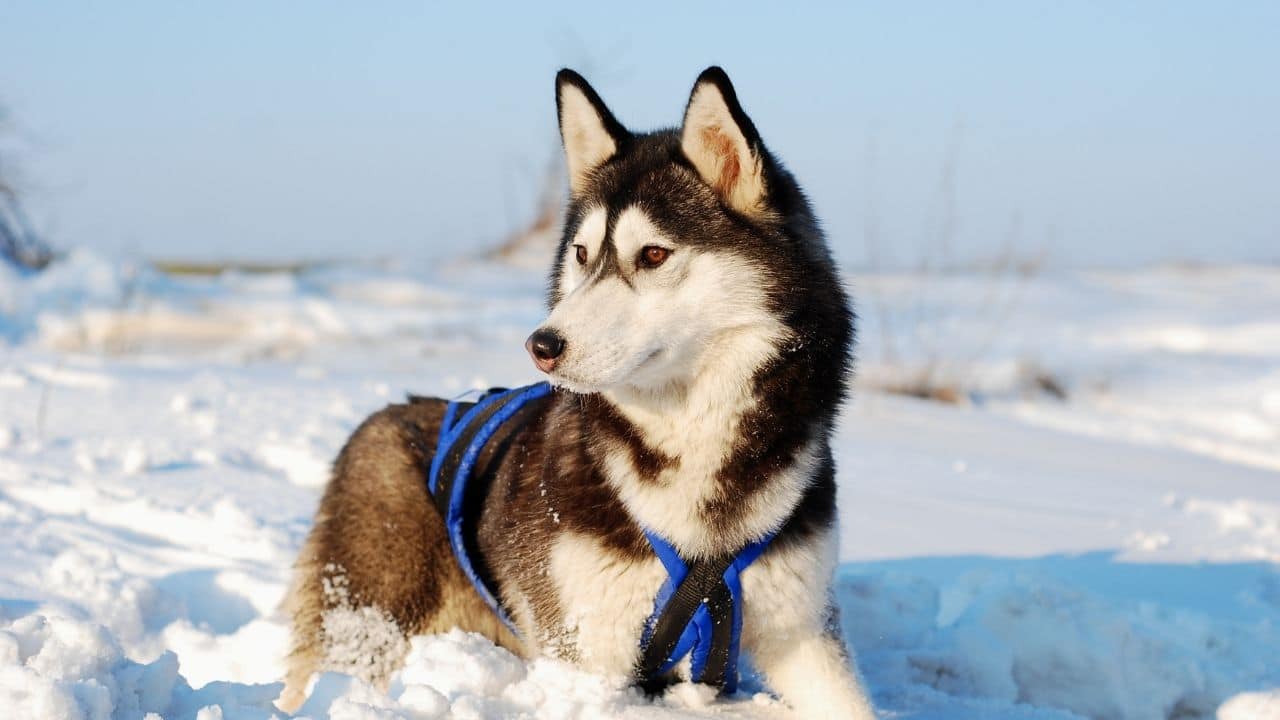 Siberian Huskies are working sled dogs, much like the Alaskan Malamute. They also need plenty of exercise to thrive.

Huskies are a bit smaller than Malamutes, but they can get destructive when unhappy.

Huskies have a high prey drive, so take care when bringing them into a home with smaller animals, such as cats or rabbits. 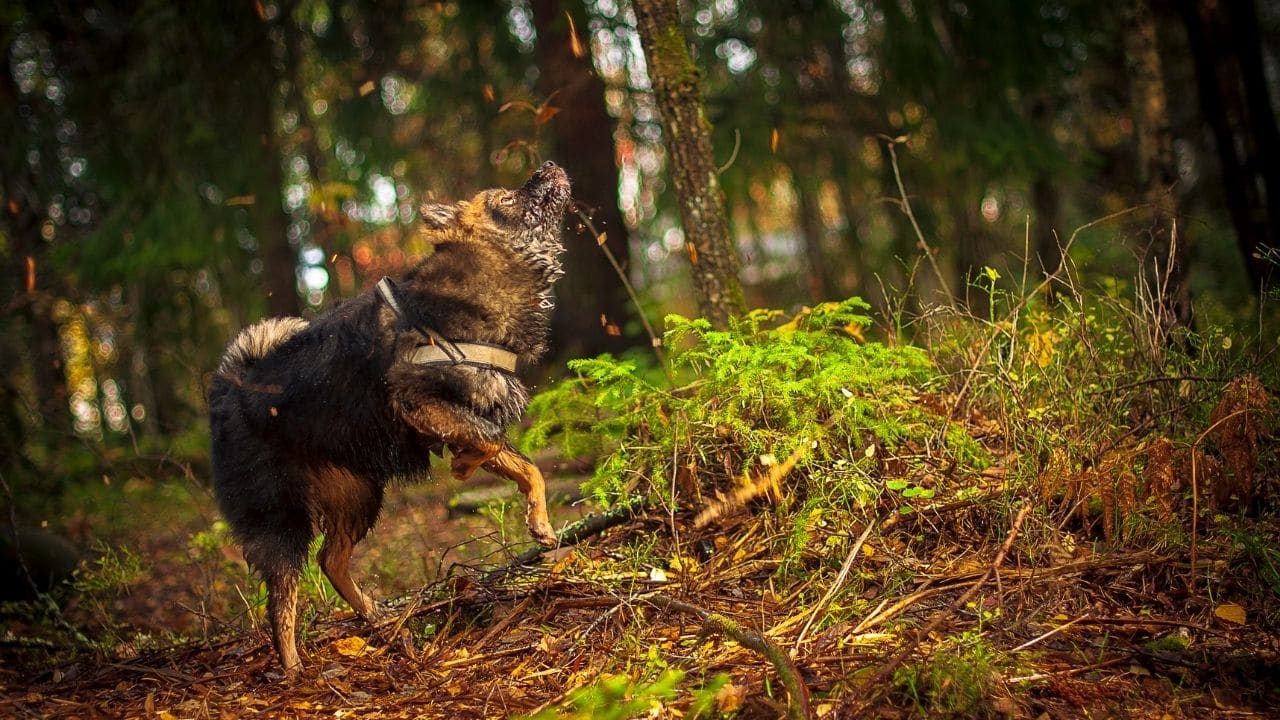 This wolf-like dog is on the smaller side and a great all-around family dog to own. They like both physical and mental exercise, so be sure that you provide them with plenty of it.

In general, Finish Lapphunds are great with children and submissive to the people they trust.

The Kugsha, once known as the American Husky, is a wolf hybrid dog that originated in Pennsylvania. They are tall and lean like a wolf, with the tame behavior of a dog.

Kugshas can be hard to come by because you’ll want to purchase one from a reputable breeder. If you do find one, make sure it’s legal to own in your state. 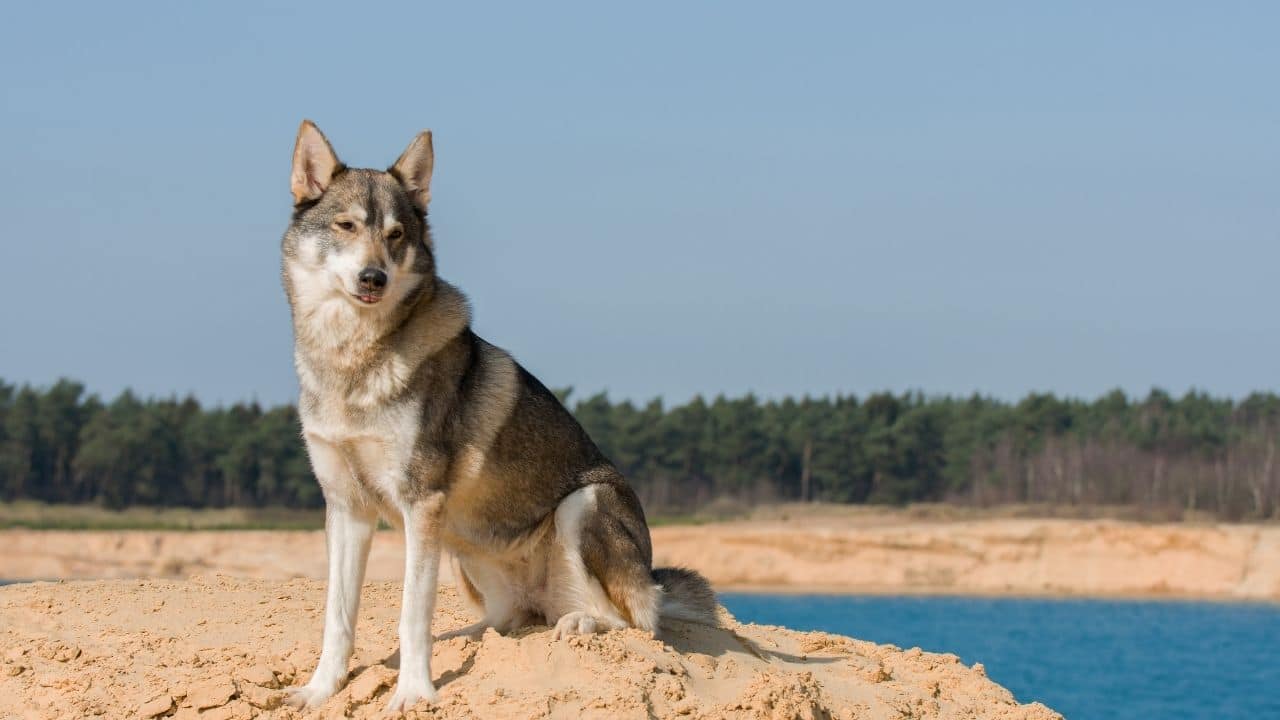 The Tamaskan Dog is built like a German Shepherd, with shorter hair and a more wolf-like appearance. Don’t let the way they look throw you off.

Tamaskans, in general, have an excellent reputation for being wonderful family dogs. They typically hit it off with kids and other pets. 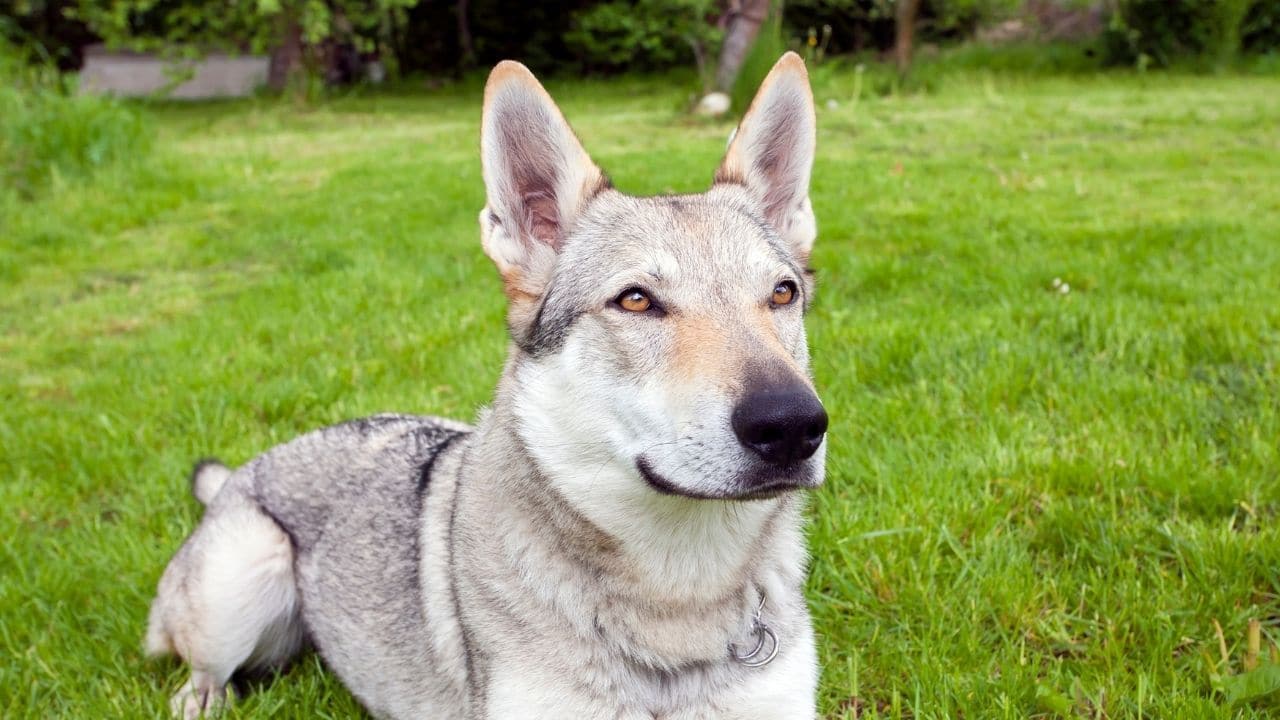 For those who aren’t familiar with this dog breed, Czechoslovakian Wolfdogs are actually wolf hybrids, and the similarities to an actual Grey Wolf are astounding.

Somewhere around 40 states in the U.S. have made it illegal to own such dogs, but there are locations where Czechoslovakian Wolfdogs are a recognized AKC breed.

They can become aggressive without an alpha, so humans and dogs involved must go through rigorous training.

Utonagans look like an even fuzzier Siberian Husky if you can imagine such a thing. They have a ton of fur but make them great family dogs for the right owners.

Make sure to work with a reputable and honest breeder, as this breed can come with various genetic medical problems. 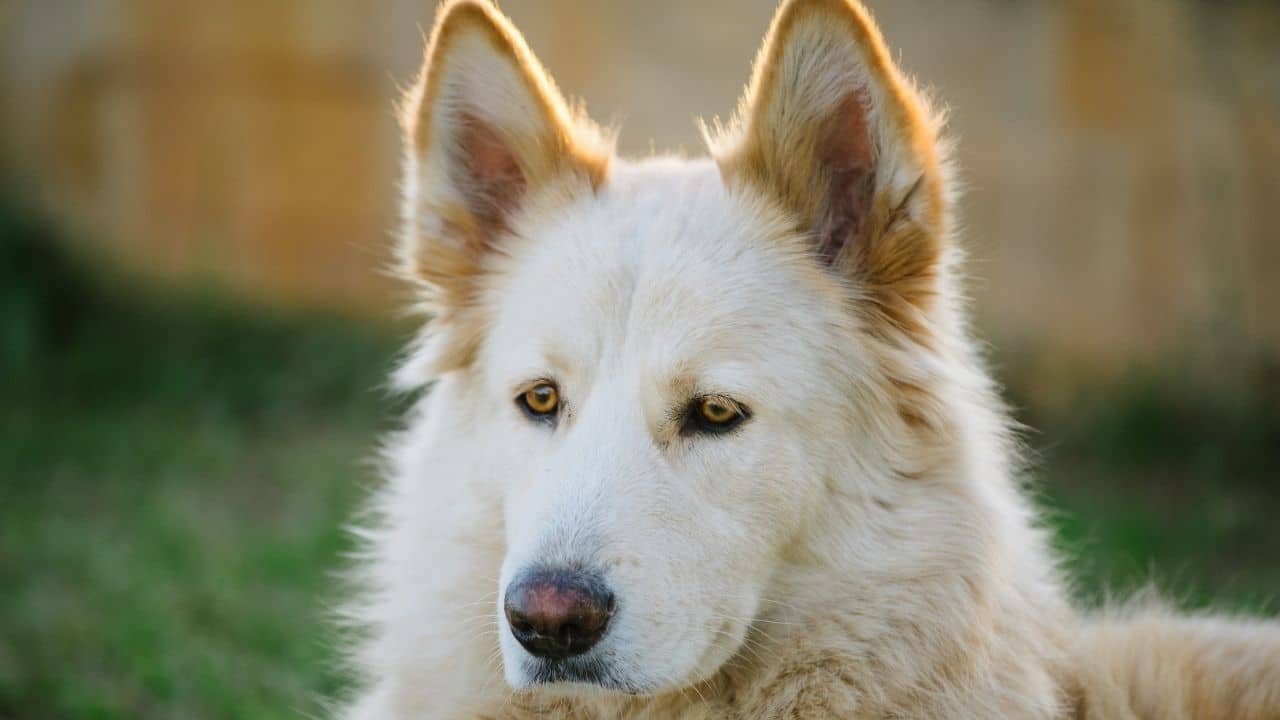 They look very much like wolves, and while their background is debatable, many experts agree that they’re a shoot-off from the Tamaskan instead of actual wolves.

They can be costly, but overall, they are lovely animals to own.

Frequently Asked Questions about 10 Dog Breeds That Look Like Wolves

Any canine has the potential to be dangerous, depending on how it’s raised and who raises it. If you’re purchasing a wolf-like dog, chances are, you’ll have your hands full. Invest in professional training to give yourself and your new puppy a fair shot at succeeding together!

Wolf hybrids are illegal to own in many places because they may attack humans more than other domestic dogs. Go about owning one with great precautions, taking all the help you can get from professional trainers and your veterinarian.

Do dog breeds that look like wolves require more training?

Looking like a wolf has nothing to do with the training these canine breeds require. Many dog breeds that look like wolves are docile and require little training, while others need more focus. Do your breed research before you commit. It will make your life so much easier.


The Wonder of Owning a Wolf Dog

I can say from experience, owning a dog that looks like a wolf is so much fun!

They’re beautiful, funny, and when appropriately trained, so easy to love and get along with.

Plus, they love the snow, so you can hike in any weather!