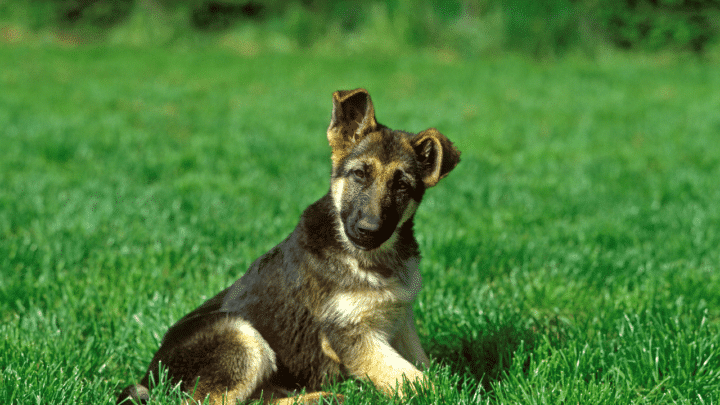 The German Shepherd dog breed is beautiful and bold. These dogs don’t make friends immediately, but when they do, they’ll remain loyal no matter what happens.

They are super-intelligent and when danger approaches, a German Shepherd can be bold and protective.

That’s why they are used as watchdogs. Your German Shepherd will avoid trouble, but when trouble comes knocking, he’ll take it head-on.

This dog breed is extremely popular.

How much is a baby German Shepherd?

A fully grown German Shepherd can be a handful to train, especially to total strangers. This is why it is better to adopt him as a pup. On average, a German Shepherd pup costs about $300 – $900. However, the prices vary from one dog breeder to another. You could also get it much cheaper from a trusted dog rescue outfit.

What you must know before buying a German Shepherd

It is not only about its cost. Apart from the cost, there are some other things you must know, and we have discussed them below. Having full information beforehand will get you fully prepared for the task ahead.

The dog needs your time

Remember that a dog is not a toy that you can drop in a store when you’re tired of playing with it.

It is important that you take him for a walk on a daily basis. You’ll also train and feed him. Most importantly, you must bathe him and give him proper grooming. Do you think you have the time?

They have the natural urge to rip things apart

German Shepherds are often referred to as land sharks because they pierce their canines through anything that comes their way.

In other words, they could be destructive. You don’t want to come home to meet a shredded sofa.

That’s why you must discourage the dog from biting from his pup days. Let him know that even the tiniest nip isn’t acceptable.

By this, we mean that as they grow, they’ll begin to exhibit their tough nature. There is a reason this dog breed is the most preferred one for the police and the military.

They are rugged and tough. Although they can be loving, a German Shepherd will not hesitate to attack if provoked.

The dog has a short temper and little patience. Most importantly, German Shepherds are naturally intimidating.

If you need a dog that will sit on your couch all day, then look for another breed. As a puppy, he could spend several hours on your couch or laps, but as he grows older, he’ll outgrow that “babyish stuff.”

No matter how small your dog may be, he’ll grow big in size because German Shepherds are big dogs.

They are also energetic. So, your dog will need enough space to run around. He needs to expend the excessive energy. If you live in a condo apartment, you need to take your dog out for exercise several times a day.

If he’s not allowed to run around as often as he wants, he may channel the energy into something else like shredding things in your apartment. It is important to tire him out on a daily basis.

As you may already know, German Shepherds are big shedders. That’s why they are sometimes called German shedders.

Considering the fact that they have a lot of hair, the high shedding rate is understandable. You’ll always see his hair on your sofa.

It is important that you have a vacuum cleaner that can suck in pet hair easily.

You should also be ready to vacuum your apartment more often than before. To make your job easier, you could restrict your

German Shepherds to certain areas in your house. You can restrict your dog to areas that can be cleaned easily.

Does your dog fit into your lifestyle?

Dogs require your time and dedication. If you already have a dog at home, bringing another dog in may not change your lifestyle much.

If this is your first time, you must bear in mind that your daily routine will change tremendously.

You need to bathe, feed, train, and take the dog for a walk. You also need to take him to see a vet regularly.

Initially, you’ll enjoy these added responsibilities when the euphoria of having a new dog is still strong on you.

Gradually, it will subside and will no longer be fun. If you’re the type that loves carrying out physical activities outdoors, you may not have much problem.

But if you’re an introvert who leads a sedentary life, owning a German Shepherd may prove to be a herculean task for you.

Do you travel out of your base often? If you do, you must also make arrangements with someone who’ll take care of him when you’re away.

Train your children too

If you have a toddler at home, we don’t think that a German Shepherd is the best choice for you.

Although the dog can be friendly, he can also snap when provoked with pokes and prodding. So, it is not enough to train your dog to be gentle around children, it is also important to train your children how to behave around dogs.

It is even better if you never leave your German Shepherd alone with your children.

Where to adopt a German Shepherd pup

A German Shepherd pup costs about $300 – $900. However, when planning to bring in a dog, what matters most is not raising the money to adopt the pup. 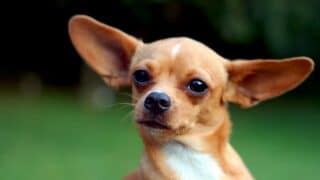 Previous
How to Stop A Chihuahua from Barking ― Best Tips! 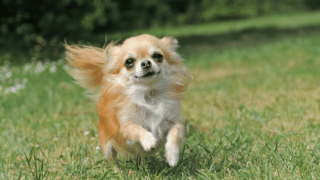 Next
What is the Lifespan of a Long Hair Chihuahua? The Answer!