How to Stop A Chihuahua from Barking ― Best Tips! 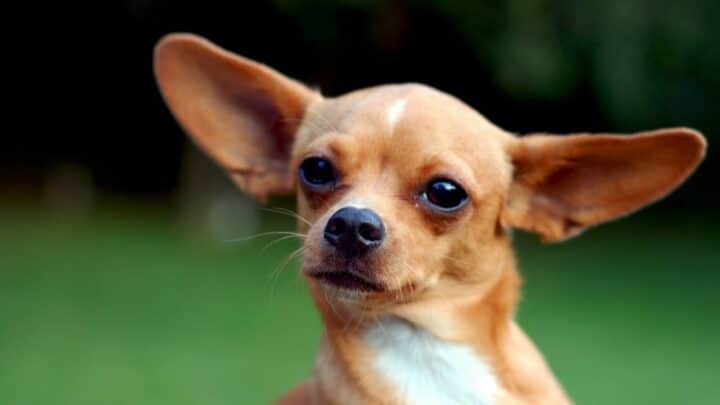 The dog is affectionate and can be loyal to his master/owner. Its shedding is low and its life expectancy is about 12 – 20 years.

One not-so-pleasant feature of this dog breed is excessive barking.

That’s why this article explains how to stop your Chihuahua from barking.

How to stop a Chihuahua from barking

Depending on the situation, to stop a chihuahua from barking, you have to reward him for keeping quiet, give him calming tablets, don’t give him what he wants until he stops barking, get him accustomed to disturbing sounds, get him socialized, or enroll him for obedience classes.

Why do Chihuahuas bark so much?

These dogs bark for the following reasons.

You’re probably about to point out the fact that these are the same reasons all dogs bark, right? Here’s what differentiates a Chihuahua.

The dog breed also barks because of excess energy. A Chihuahua is an energetic breed. These dogs are always full of energy.

And if you don’t help them expend the energy by taking them for a run or subjecting them to vigorous activities, they’ll natural find a way to let out the energy. Often times, they do this via barking.

Therefore, one effective solution to the excessive barking of your Chihuahua is to get rid of his excessive energy by engaging him in vigorous and mentally stimulating games.

Apart from that, there are several other ways to contain the excessive barking of your Chihuahua, and they have been discussed below.

Tips on how to stop your Chihuahua from barking

A lot of dog owners prefer to yell “stop barking” at their dogs when they begin to bark. This can be a funny scene.

Your dog is barking, and you yell at him, and he barks some more, and you keep yelling.

Your dog sees it as a barking competition, and he will try to surpass you by barking louder. Now, there are two barkers – you and your dog. Isn’t it hilarious?

Instead of engaging him in a barking competition, why not hold up his favorite snack and tell him to stop barking (don’t yell).

If he stops barking, you give him the treat. It will register in his brain that being obedient comes with a reward.

There are several types of calming tablets that your dog can chew and remain calm. These tablets can be inserted inside a piece of meat or banana.

When he chews it, he’ll remain calm for a while. Some of the tablets have antioxidants that will strengthen the immunity of your dog.

Don’t go to him when he’s barking

Sometimes when you’re far away from your dog, or when you’re busy doing something, he’ll bark to make you come to him. When you observe that he’s barking because he wants you around, don’t go.

Do the exact opposite. Going to him will give him the impression that barking is an effective way to get what he wants. And he’ll bark more often.

You can show up at a distance, but don’t go to him. Wait until he keeps quiet before you go to him.

While going to him, if he starts barking, stop and walk back, away from him.

The idea is to give him the impression that barking will not bring you to him. Rather, it will drive you away from him.

With time, your Chihuahua will learn that keeping quiet earns him more than barking. If he’s able to pick that up, he’ll bark only when it is necessary.

Chihuahuas and other dogs sometimes bark at sounds they find disturbing. You like a particular sound does not mean your dog will like it. Take the time to observe sounds that trigger barking.

One sound that your dog may not like is that of an approaching vehicle. It gives them the impression that a stranger is near and may pop in any moment.

Record all these sounds and play them for your dog. Tell him to stay quiet all through the session. And if he does, reward him with a lot of treats. The point is to get him accustomed to the sounds.

So, the next time he hears any of the sounds, they won’t trigger the urge to bark.

Naturally, Chihuahuas don’t get along with other dogs because of their dominant trait.

They always want to be the leader of the pack, even with their small size. So, they tend to bark to establish their authority.

So, it is a good idea to take your Chihuahua to dogs’ parks where they’ll get to see numerous other dogs.

You may also show movies about dogs to him. Let him watch other dogs. Gradually, he’ll stop barking at the sight of another dog.

You may also consider obedience classes

Enrolling your dog in obedience classes will go a long way in keeping him quiet.

These classes are taken by experienced hands and they use effective facilities. So, your dog will learn more in the class than you can ever teach him.

Many times, when we think our dog is barking for nothing, he’s actually barking at something. This is because dogs see things we can’t see and they hear sounds very far away that we can’t hear.

To wrap this piece up, we’ll advise you never to give your barking Chihuahua what he wants until he keeps quiet.

Give him the impression that barking fetches him nothing, but being calm fetches him everything. 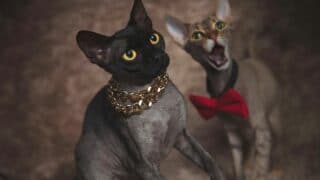 Previous
Why Do Cats Pant? The Answer! 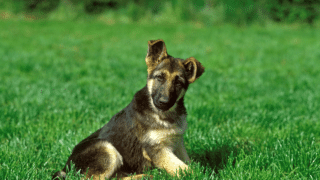 Next
How Much is a Baby German Shepherd? Oh Wow!