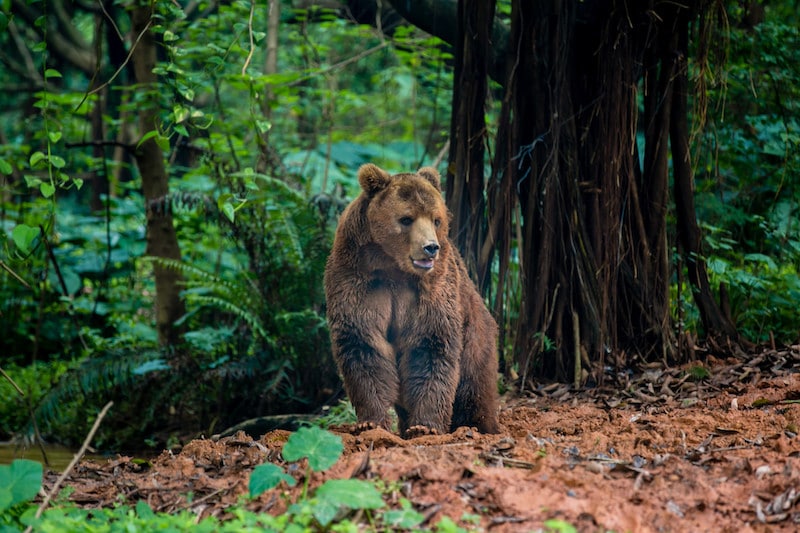 As one of the most interesting animals in the wild, bears continue to mystify us with their natural beauty and environmental dominance. They’re also one of the few animals that can be found in a large variety of places, being just as easily found in cold climates as they are in warmer ones. However, aside from having a fear of confronting them in the wild either for our sake or the sake of our picnic baskets, many people don’t know what is the diet of a bear.

Thankfully, many bears have specific diets that are easy to keep track of. In this article, we’ll be giving you detailed information on the diets of bears and how that changes depending on the location and species of bear!

Bears are naturally omnivorous creatures — this means that they eat both plants and meats, often incorporating both into a well-balanced diet. Depending on the specific species of bear and their location, this usually includes a variety of fish, berries, plants, and even small animals. The exact foods that certain bears eat will depend on the resources and means they have, such as brown bears using their longer claws to snatch fish right out of the water, comprising a significant part of their diet in areas that have fish easily accessible.

Some of the general diets of bears can be associated with their tendency to be influenced by seasonal changes. This is because bears are one of the animals that hibernate in the winter, making the periods before and after hibernation important times that affect their general diets.

In order to understand the general diet of bears, it’s important to look at it based on seasons:

For many bears, some of the most accessible food can be animals that passed away due to the cold of the winter. This makes elk and other deer most enticing, as they’re easy to smell and often quickly within reach. And, because the bears have general dominance over the areas in which they preside, they are also able to intimidate other species of animals into leaving their kills alone.

Another way for bears to get their nutrients during the spring can be through flowers and grasses. For example, in areas that have nutrient-rich plants such as succulent grasses, clover, and other types of flowers, bears will frequently use their claws to harvest the plants as one of the most productive ways to satisfy their diet. Because these types of plants are also typically found among ants and other insects, the two are easily mixed in to also offer protein.

As one of the most intimidating animals in any given ecosystem bears also have the power to seize the diets of other animals as a means of enriching their nutrient intake. This can lead to bears incorporating many different types of nuts, seeds, and berries into their diets, as these are typically what make up the food intake of animals such as many rodents that also occupy the woods.

The summer months might also find many bears using their aggressive tactics to hunting other animals such as deer in the event that they can’t find meat easily on their own. Bears are incredibly skilled at hunting and can easily take down other mammals, but it should be noted that they don’t do this all of the time. Sometimes, it’s much easier for a bear to wait for an animal such as a wolf to kill an elk before intimidating the wolf into giving up its hunt. The summer also brings more moths, another staple of a bear’s summer diet.

Fall: Fall is an important season for bears, as they must adequately prepare for the impending winter hibernation. Because bears do not eat or drink at all during winter (not a myth!), they have to increase their intake so they can have a ton of stored fat to last them through hibernation. This makes their diets look very similar to what they eat during the summer, except with the addition of much more protein. In the fall, bears are more likely to hunt for their own food with the goal of eating much more than they do otherwise.

Because there are so many different species of bears, it makes sense that specific diets will differ heavily based on the type of bear.

It should be noted, though, that no matter where bears are found, it’s incredibly important that they do not come in contact with food provided by humans. This is not only because it will disrupt their general harvesting mentalities, but also cause them to associate humans with food, something that can be unsafe for both parties involved.

In the following section, we’re going to go more in-depth for 5 different types of bears so you can understand just how distinct their diets are:

Brown bears are notable for their incredibly sharp and long claws that allow them to feast on fishes available in streams. Brown bears heavily rely on the salmon they find in the rivers they populate around.

The amount of protein that brown bears consume is what distinguishes their diet from the diets of other bears, as they typically eat enough protein to be much larger on average than other species of bear. In terms of their general diet, though, it is relatively similar to what we highlighted in the General Diet of Bears section of this article.

Grizzly Bears are known as a type of brown bear, but are notable for the differences in their approach to harvesting. Like brown bears, they are known for eating a wide variety of plants year round. For example, cow parsnip, dandelion, clover, and even grass are recurring elements in their diet.

Because Grizzly Bears are widely known as intense scavengers, they are not afraid to go actively searching for their food. They are completely used to adapting to where the food is as opposed to other species that will wait around specific areas in which they know food will appear.

Grizzly bears are also not afraid to dig into the land for their sustenance, often eating roots, tubers, and even underground ants such as grubs and ants. Grizzly bears that are found in high-altitude areas also have different diets, focusing more on fireweed, mushrooms, and various types of thistle as essential parts of their diets.

Grizzly bears are also known for their strong, large claws, meaning that they’re able to harvest fish effectively. Because of this, bears that live near rivers and other places in which fish naturally appear can benefit from harvesting fish right from the stream, often feasting on trout and salmon.

Polar bears are one of the most unique species of bear due to the titular environment in which they live. For example, there aren’t many different types of mammals for polar bears to feast on in their natural environment. Because of this, their meat-based diet is mainly confined to seals. Seals provide polar bears with protein, sure, but they also provide an essential part of the polar bear diet: blubber.

Blubber is an incredibly important part of a polar bear’s diet, so much so that a polar bear is actually able to eat 100 pounds of blubber in just one meal. The reason this type of fat is so important is that polar bears can store it easily within their skin, giving them extra protection against the colder climate.

By consuming a lot of blubber, polar bears can build up their fat reserves and subsequently stay full in-between meals or during harsher periods where food is not as accessible.

Another environmental benefit of polar bears hunting seals is that they are able to leave the carcass for other animals in the environment, allowing other parts of the ecosystem to eat on their hunt.

Other ways of getting food that polar bears frequently use are bird eggs, geese, and even sometimes smaller mammals when nothing else is available. Polar bears are also omnivores and feast on suitable vegetation, though that is not as plentiful in polar climates.

A less common aspect of the polar bear diet is the animals that are much larger than polar bears, namely whales. Some polar bears eat the meat off of whale carcasses, though it’s worth noting that polar bears are not able to kill whales themselves. Instead, they only feast on whales when they’re able to find the carcasses lying on the beach.

As the smallest of the three species of bear that reside in North America, North American black bears are not known as being as devoted or ravenous hunters as other species. Instead, black bears devote a great portion of their scavenging to nuts, vegetables, and even honey from beehives.

Arguably the most interesting part of the black bear diet is their attraction to honey. In pop culture, this has inspired stereotypes such as Winnie the Pooh carrying around beehives in an effort to salvage honey from them, but that is only a half-truth.

By this, we mean that black bears are attracted to beehives and honey, but they don’t necessarily take beehives with them as a plate. What they do eat, though, is the bees and honey inside the hives, as it is a great source of honey and protein for their diets. Because of this, many beekeepers will purposely create borders and fences designed to keep bears away from the bees.

Along with polar bears, panda bears represent one of the species of bear that has an atypical diet. In fact, they don’t really eat many of the things that many other bears do. This isn’t necessarily due to their biology, though, as they still retain the type of digestive system common in most bears and carnivores.

The difference with panda bears, though, is that they’ve evolved to consume mainly bamboo, with the unique plant taking up 99% of their diet. Sometimes they will branch out (no pun intended) and hunt smaller rodents and other types of animals, but bamboo provides pandas with a majority of their nutritional requirements.

Within the category of bamboo, though, there are a variety of species and parts of bamboo that panda bears eat. For example, arrow bamboo, water bamboo, and black bamboo are only just a few examples of the different types of bamboo they eat. The parts of the plant that panda bears eat also differs depending on the season — bamboo shoots are mainly consumed in the spring and summer seasons, leaves during the autumn, and roots during the winter.

Which environments do bears live in that change their diets?

This depends on the continent, but bears can be found all over. For example, some bears can be found in North America in areas as diverse as high mountains, in lower terrain, and even warmer woods, sometimes ranging from the climates of Alaska to California and every spot in-between.

Do certain environments have multiple types of bear?

Yes! There are many different environments that have more than one species of bear. Yellowstone National Park in the US is a good example of this, being a climate in which black bears and grizzly bears can thrive.

Do all bears hibernate?

Nope! It should be noted that not all species of bear hibernate. For example, polar bears don’t, as the typical environmental circumstances that cause bears to hibernate are considered year-round. Pregnant polar bears might take a pseudo-hibernation period, but it’s not the same. Panda bears are another species of bear that don’t hibernate. 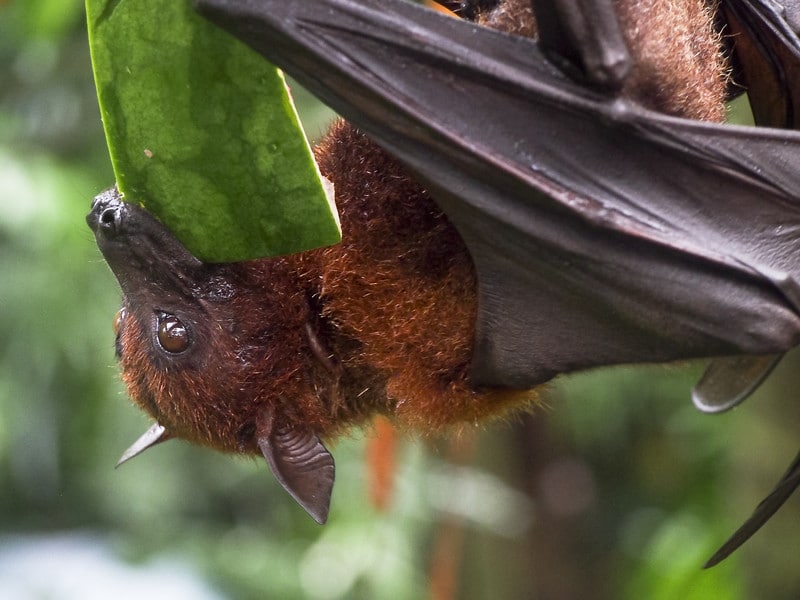 Previous
The Bat's Diet: Here's What These Animals Really Eat 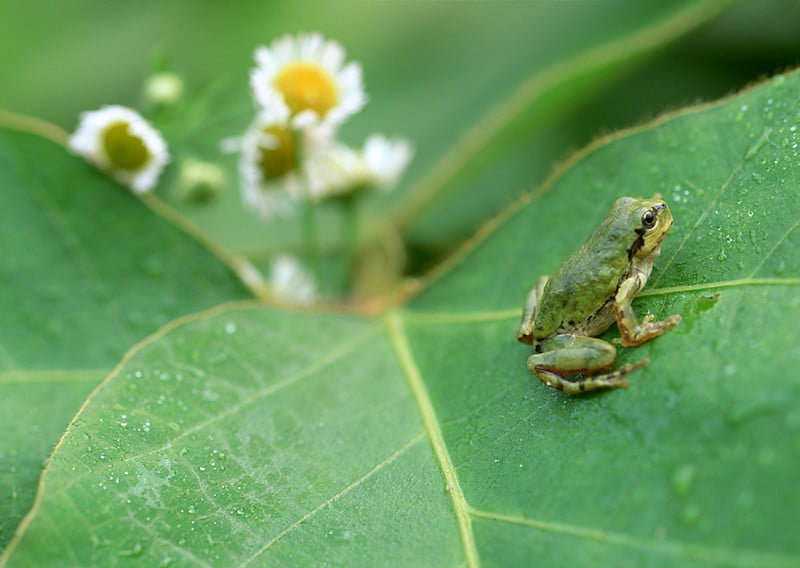 Next
What Do Frogs Eat?