Both the Grizzly bears and polar bears are apex predators, which means they have no natural enemies. Due to their size and ferocity, they are at the top of the food chain, and very few animals will challenge them.

Even though they have no natural enemies, they occasionally encounter each other. When they do, it’s on, and the outcome can go either way.

Grizzly bears are the smaller of the two, on average.

However, they make up for what they lack in size with two-inch claws that can shred an opponent to bits. The grizzly has the advantage when standing toe to toe due to its reach and rapier-like claws.

But in a wrestling match, the heavier polar bear has the advantage.

To learn the outcome of polar bear vs a grizzly, read on.

Polar Bear vs Grizzly Bear – Who would win?

Grizzly bears can weigh up to 900 pounds and sport 2-inch razor-sharp claws, while Polar bears can tip the scales at 1600 pounds. From a standing position, the grizzly could rip a polar bear to shreds. However, in a wrestling match, the polar bear’s massive weight, greater height, and thick coat give it an advantage.

Grizzlies and Polar Bears are Territorial

Although both polar and grizzly bears are in the Ursus family, polar bears prefer to spend their lives near the sea. 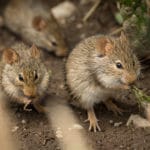 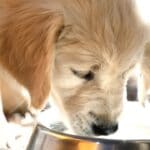 However, the grizzly is a land hunter whose only foray into the water are the streams where it will fish.

The domination of two different areas of North America has kept them apart for a long time. The grizzly has traditionally made its home in the lower 48 states and Canada.

However, the only grizzlies remaining in the United States live along the continental divide. There are also several hundred grizzlies in Northwestern Montana in the Yellowstone-Teton area of the state.

You’ll find the polar bears living in the Northern hemisphere’s Arctic area. However, due to the receding ice shelf of the Arctic, they are moving further inland.

In this Corner, we have the Mighty Polar Bear (Ursus maritimus)

An adult male can weigh between 900 and 1600 pounds when fully grown. They can grow to over eight feet from toe to tail, which means when standing, they are imposing.

Unlike its cousin, the grizzly omnivores, the polar bear is a carnivore whose diet is primarily seafood.

When changes in their environment move them inland, their diet may become limited to berries, fish from streams, and eggs from seabirds.

The above is not a sufficient diet to maintain their bulk in the harsh environment of the Arctic. It takes many calories to stay warm in subzero temperatures and maintain such weight.

Due to conservationists’ valiant efforts, though, polar bears are no longer endangered as they once were. Their efforts have helped the herds grow to between 20,000 to 25,000 bears.

And in this Corner, we have the Mighty Grizzly Bear (Ursus arctos)

Dark brown with heavy shoulders and an indented forehead, the fur of grizzlies is gold-tipped, giving them a grizzled look. A large adult grizzly can tip the scale at about 900 pounds.

Thus, an encounter between a protective mama polar bear and a hungry grizzly bear would be almost evenly matched.

The migration of one species into other areas could lead to an encounter as a polar bear versus a grizzly. However, since they are breeding, it would seem the only fight is over who gets the two AM feeding calls.

In North America, you’ll find close to 55,000 grizzly bears. A scant 1,500 or so live in the lower 48 states and make their homes along the Continental Divide and the Teton area of Yellowstone National Park.

About 20,000 live in Alaska, and the remainder makes their homes in Northern Canada. The chance of encountering these two bear species seems slim, but life evolves, and so do bears.

Due to global warming and man’s encroachment, the lines that have kept their territories separate have become blurry.

Although their hunting fields have been separated for centuries, they are infringing on each other’s space.

As polar bears move inland from the shore, grizzly bears are moving north. The result of this encroachment is that it has gotten to the point where you would think they would be fighting over territory.

Instead of fighting, however, the odd result is that they are breeding due to being in the same proximity. This mating is a hybrid breed, called a ‘Pizzly’ with features of both the polar and grizzly bears.

First seen in 2006, more and more pizzlies have been killed by hunters and sighted in the wild since that time. However, most hybrid animals are often weaker than their purebred counterparts.

Only time will tell if Pizzly’s are better adapted to the wild than their parents are.

Pizzlies get their thick white fur from the polar bear and their long claws, rounded shoulders, and indented forehead from the grizzly bear.


Polar bears and Grizzly Bears are Adapting to Climate Change

Even though they have made a new bear breed by mating, polar bear vs grizzly bears will still occur. Whether fighting over a mate or territory, polar bears and grizzlies will spar.

In addition, a male grizzly against an angry polar bear mother could end in a battle where neither wins or loses.