You couldn’t be further away from the truth if you think only a couple of animals would make it to the list. And let me tell you a fun fact, there are more animals in the world without bones than with bones.

Which Animals do not have Bones?

Animals are classified into two categories – with backbones and without backbones. Those without a backbone are called invertebrates. Instead, they have an exoskeleton (which doesn’t count as a bone). Animals like snails, insects, shrimps, crabs, and octopuses do not have bones. 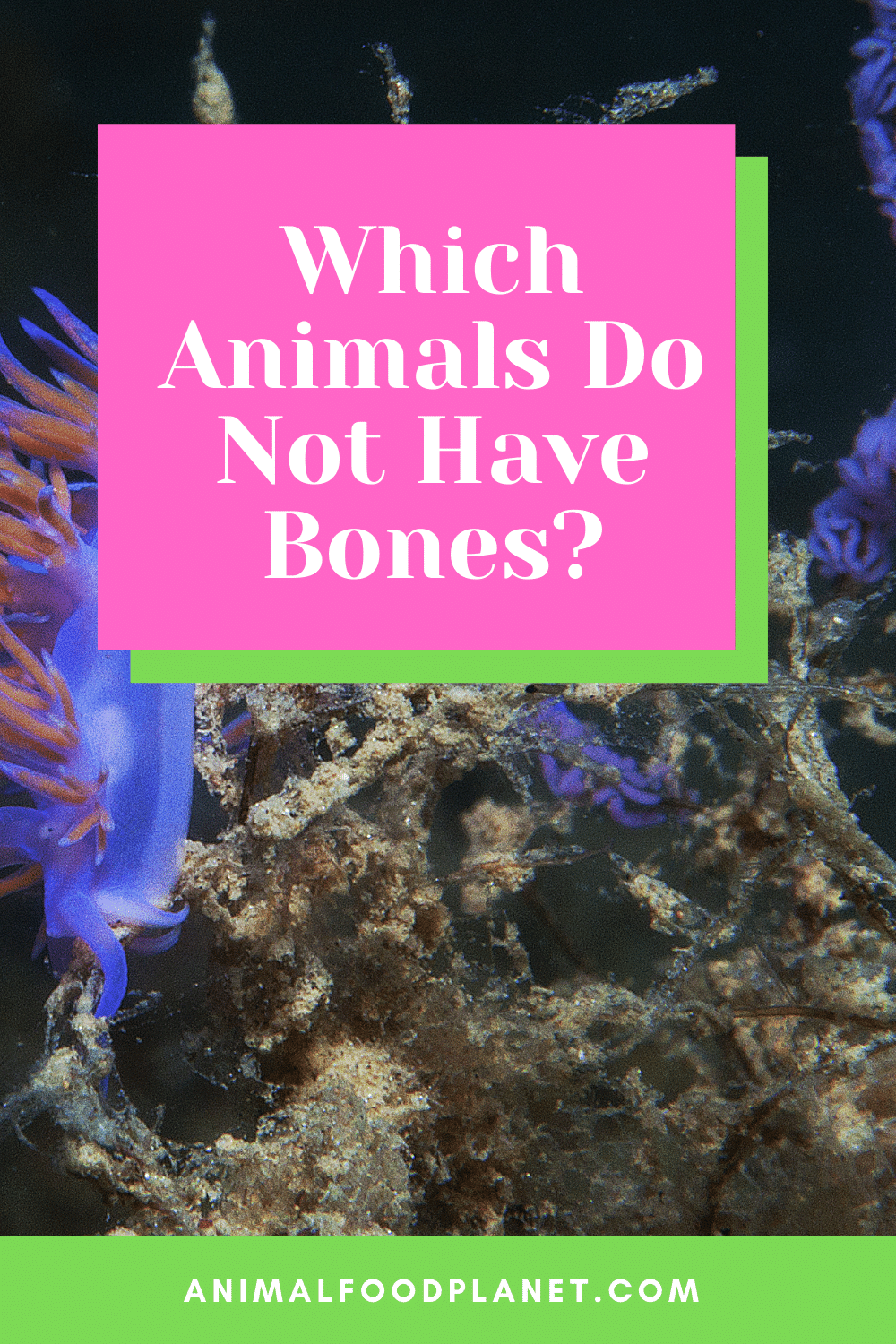 Which Animals Do Not Have Bones?

Before reading further about this, it is necessary to know about the classification of kingdoms as well.

In taxonomy (a branch of science that deals with naming and classifying organisms), all ‘organisms’ have been classified into five branches.

Technically, these branches are known as kingdoms which are

The Kingdom of Animals is further classified into two categories

Vertebrates are those animals having backbones. Those who don’t have are known as invertebrates.

However, invertebrates can have exoskeletons. Many of them do. An exoskeleton isn’t the same thing as a bone, as I explain over here.

The Abundance of Animals without Bones (Invertebrates)

90% – 95% of all the animals found are invertebrates. So, when I said there are more animals without bones than there are with them, I did mean it.

Most of the animals we come across have bones due to a specific reason. But, most of the known invertebrates are aquatic animals.

Most Invertebrates are Aquatic Animals

Their thin external layer helps them in exchanging oxygen with the environment, which gives them an advantage.

Since they’ll be spending their life in the water, they don’t need bones. Not having bones gives them flexibility and elasticity.

Which helps them with their movement in the water. 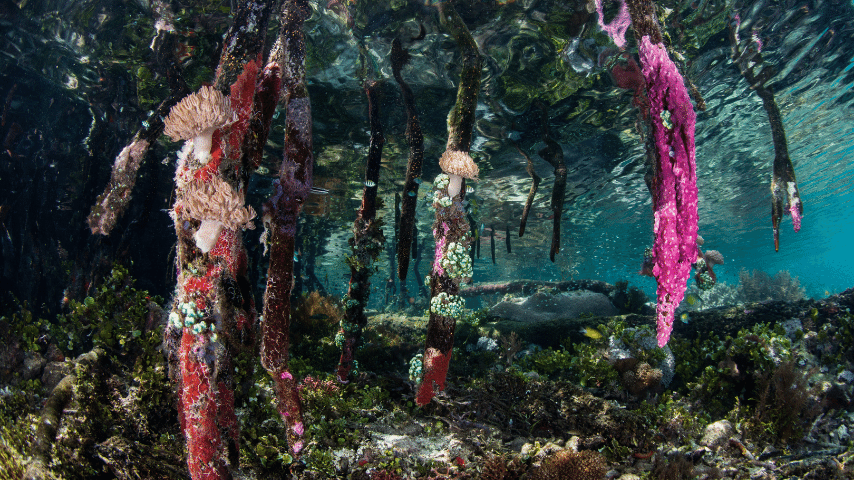 Most Invertebrates Are Aquatic Animals

For those who aren’t familiar with animal anatomy, 2 kinds of bones exist:

Endoskeleton, as the name suggests, is inside the organism and consists of bones and cartilage.

The exoskeleton is on the outside and consists of chitin, proteins, and calcium carbonate.

The primary functions of both endoskeleton and exoskeleton are the same – just different mechanisms to go about them.

There is an interesting fact about invertebrates having exoskeletons, that they do not contain bones even though they do have a skeleton.

You can read more about exoskeletons and endoskeletons here.

Kingdom Animalia is classified into 10 phyla, of which nine are invertebrates. These include

And the only vertebrate Phyla is

Of the nine Invertebrate Phylae, you come across plenty of invertebrate creatures in your day-to-day life.

The scary-for-some and heroic-for-others spiders (phylum Arthropoda) are an example. Snails, insects, shrimps, and crabs (yes, crabs) are all common invertebrates. 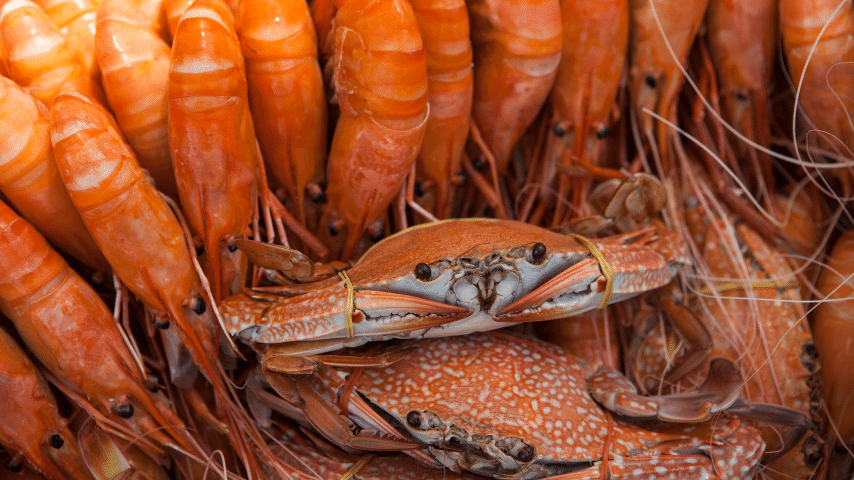 Phylum Arthropoda Such As Crabs And Shrimps Are All Common Invertebrates

Octopuses too don’t have bones

Surprise, surprise! The somewhat creepy-but-equally-interesting octopuses, too, don’t have bones.

But how are they capable of catching their prey and have such strong arms?

Octopuses have evolved powerful muscle fibers that arrange and rearrange themselves to move in all kinds of different manners.

Like our tongues, or an elephant’s trunk, an octopus’s muscles too can move in more ways than you can imagine.

Moreover, banking on the flexibility of its tentacles, an octopus can reach into crevices to catch its prey.

Such flexibility also enables octopuses to hide inside small openings and avoid their enemies. 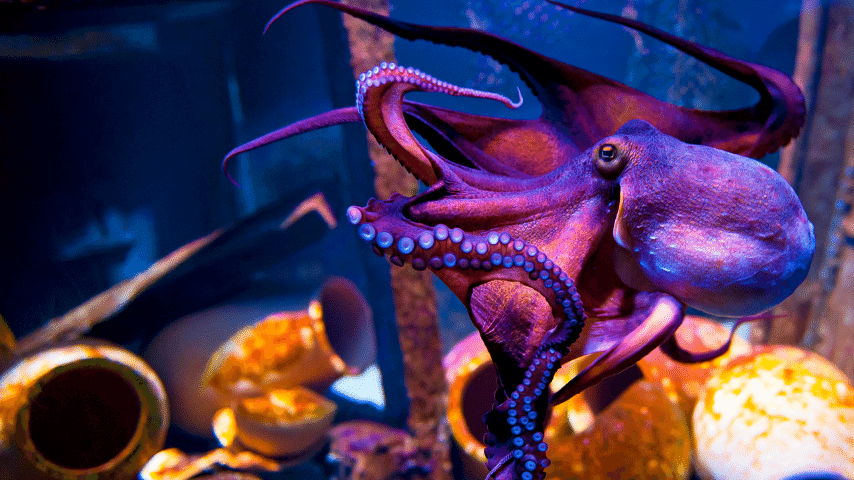 How do Invertebrates move?

No bones? That must make all invertebrates clumsy and, thus, challenging to get around.

It’s more like a drunk guy bumping and grinding through the crowd in times square.

Invertebrates employ different methods for movement and locomotion that vary according to the species, environment, and age of the animal.

Yes, snakes do have bones. Don’t let that flexibility confuse you. Snakes, and, all reptiles, have bones.

They have hundreds of vertebrae (sections in the vertebral column) and numerous joints that give them protection and flexibility. 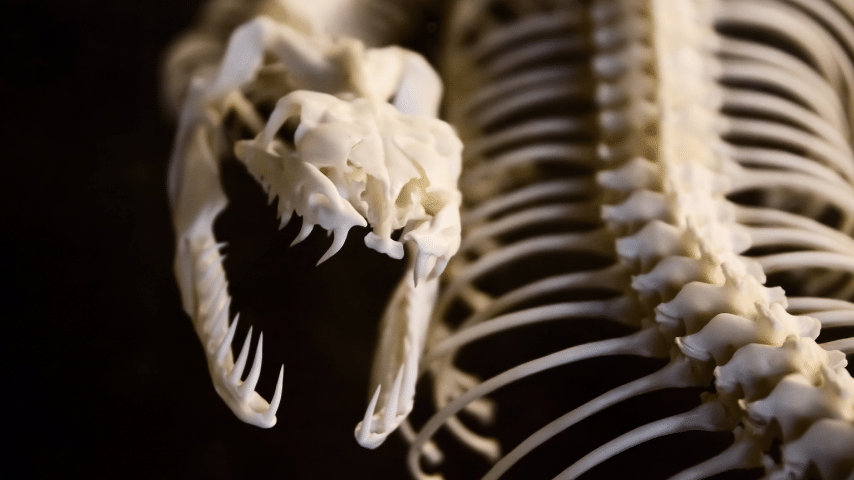 Snakes Do Have Bones, In Fact, All Reptiles Have Bones

The Difference in the Appearance of Animals with and without Bones

As mentioned earlier, most of the land animals, animals that you can bet on coming across, are vertebrates.

Therefore, the correct way of identifying whether an animal is an invertebrate is to observe if it has a backbone.

The endoskeleton is an observable feature that gives an animal a defined shape (think of a fish, cat, parrot, or human.)

If an animal retains its shape, the chances are that it is a vertebrate. Shapeshifting creatures (our friend octopus, for example) are primarily invertebrates.

Frequently Asked Questions About Which Animals do not have Bones?

How many animals are there with no bones?

90-95 % of all discovered species have no bones. These species are primarily aquatic, while the invertebrate land animals are mostly small creatures like ants and worms.

Does having no bones make animals more vulnerable?

Having no bones results in little protection for the animals. However, these creatures have specialized systems instead that help them move and protect themselves against danger.

Why are exoskeletons not considered to be bones?

Bones specifically mean the hard, living tissue called collagen that grows and is part of an animal’s internal structure. Exoskeletons, on the other hand, are non-living structures made up of different layers of protein.