One evening, I had the shock of my life. My 8-year-old son was standing in his room, saying the strangest words, and I was worried whether he was swearing!

Concerned, I asked him what on earth he was talking about.

“Mommy, did you know that oviparous means egg-laying, while viviparous means born alive?” he innocently said. His school had been to a reptile park, and I realized his young mind had soaked up a new word or two.

Being an encouraging parent, I asked him to teach me what these words meant, and he happily told me that some snakes lay eggs, while others give birth to live young, just like I had given birth to him.

He even knew what snakes give live birth, and I was astounded — I’m sure you would be too!

What Snakes Give Live Birth

Snakes that are viviparous give birth to live snakes with no eggs involved at all, while ovoviviparous snakes have eggs inside them, which hatch and are then birthed through a live birth process. Snakes like Sea snakes, Acanthophis, adders, vipers, water snakes, boas, and garter snakes are all livebearers.

Snakes That Reproduce With Live Birth 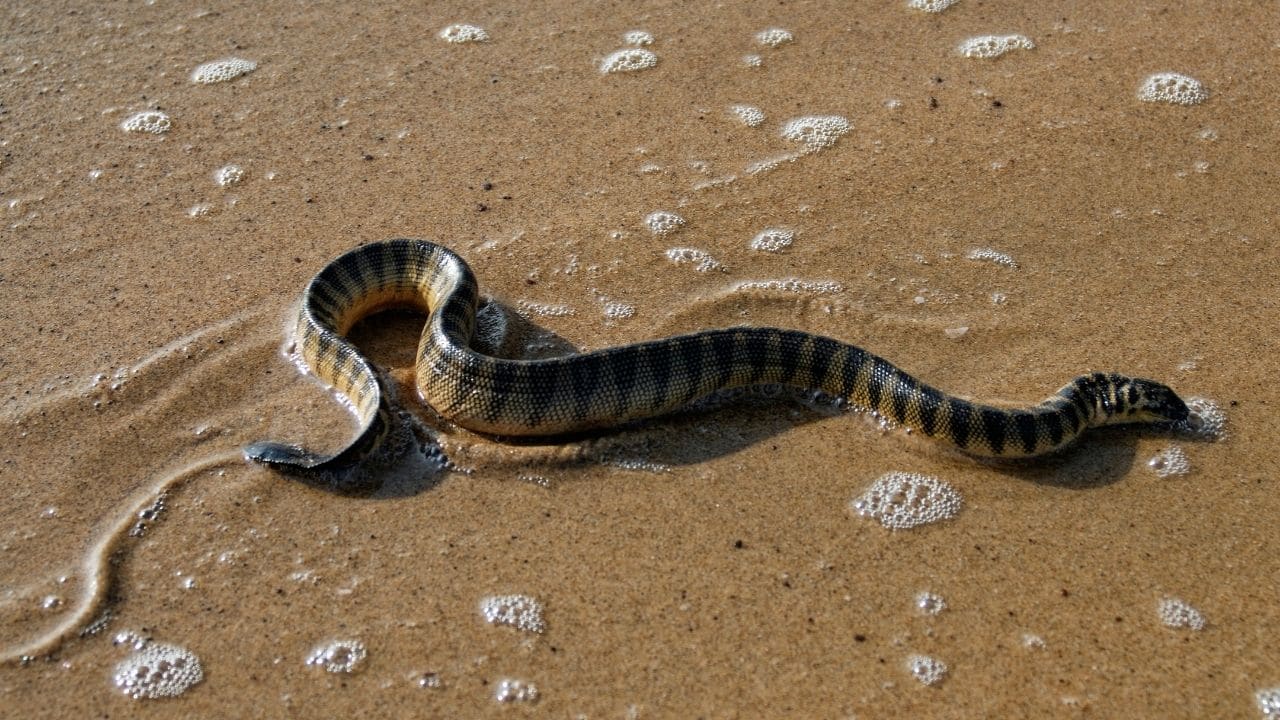 Snake eggs are quite fragile, so this snake has evolved to give birth to live young.

The mother snake can give birth to anything from 2-9 young baby snakes. These young can be half as big as their mother at birth, making this quite a feat! 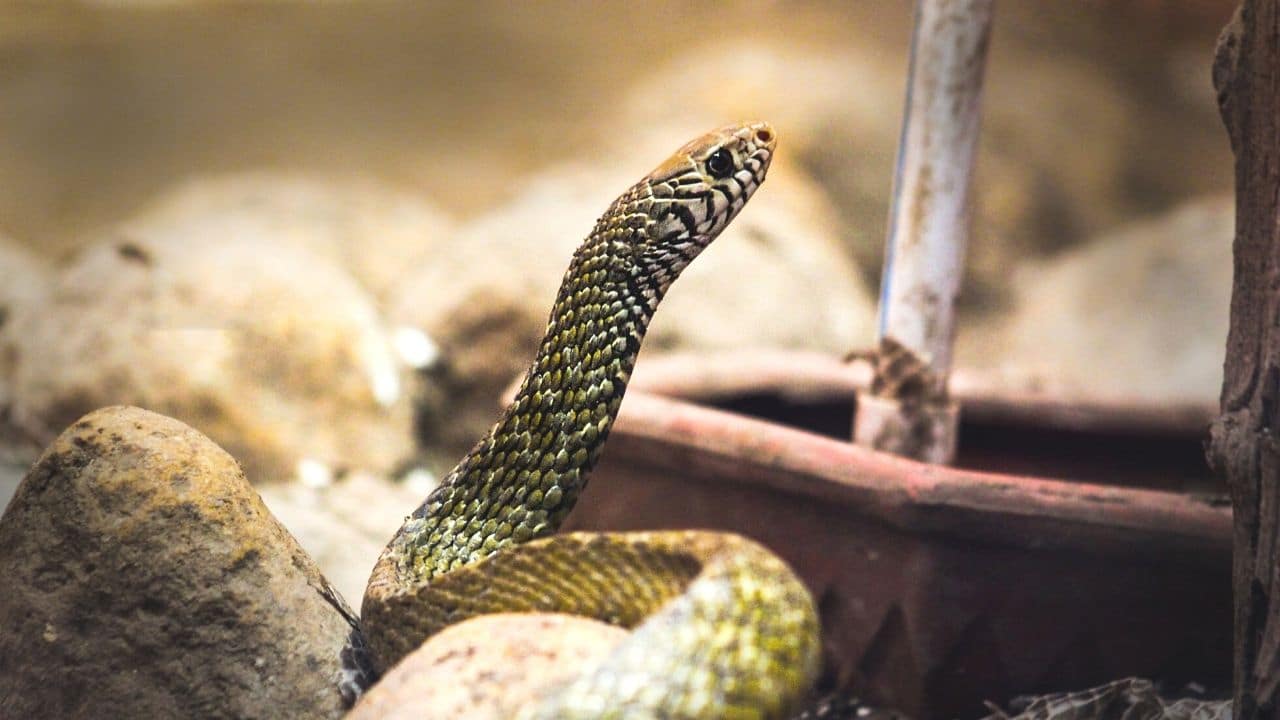 Different vipers such as the European viper and the Indian viper all give birth to live offspring. The one exception among vipers is the bushmasters, which are egg layers.

Pit vipers such as rattlesnakes have live birth young. The rattlesnake has 25 eggs that gestate inside the mother, but only 4-10 of these will be born as live snakes.

The babies are 10-inches long at birth.

The copperhead also gives birth to live young. Both vipers merely birth their young before leaving the area.

The young are fully independent and completely poisonous from birth. 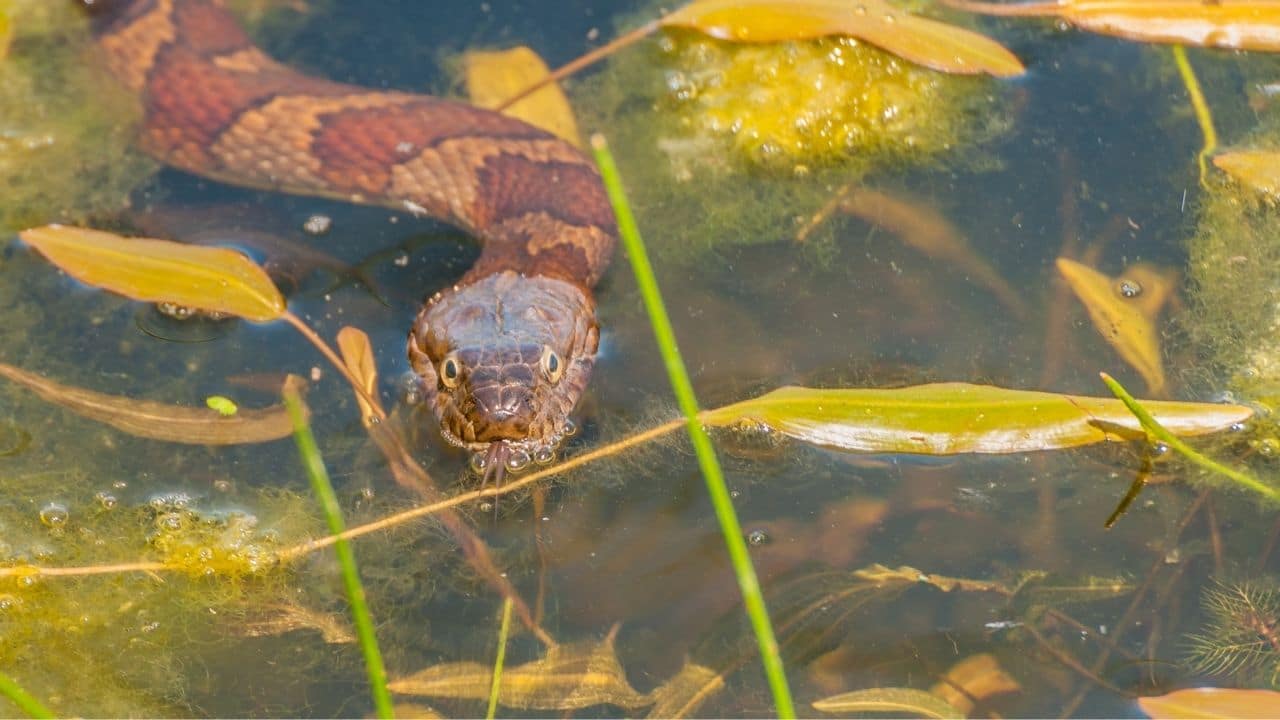 Like sea snakes, water snakes also undergo live birth rather than laying eggs. The likely reason for this evolutionary shift is due to their wet and cold environment.

Eggs need a dry and warm area to incubate and hatch. Therefore, water snakes keep their young inside them.

Water snakes protect the eggs with their bodies until they have hatched, then they give birth to live, fully functioning and independent young.

My son was quite excited to tell me all about the water snake they had seen at the reptile park that was so big and fat since she was about to give birth.

He begged me to take him back the next day to see if the babies had made an appearance yet. 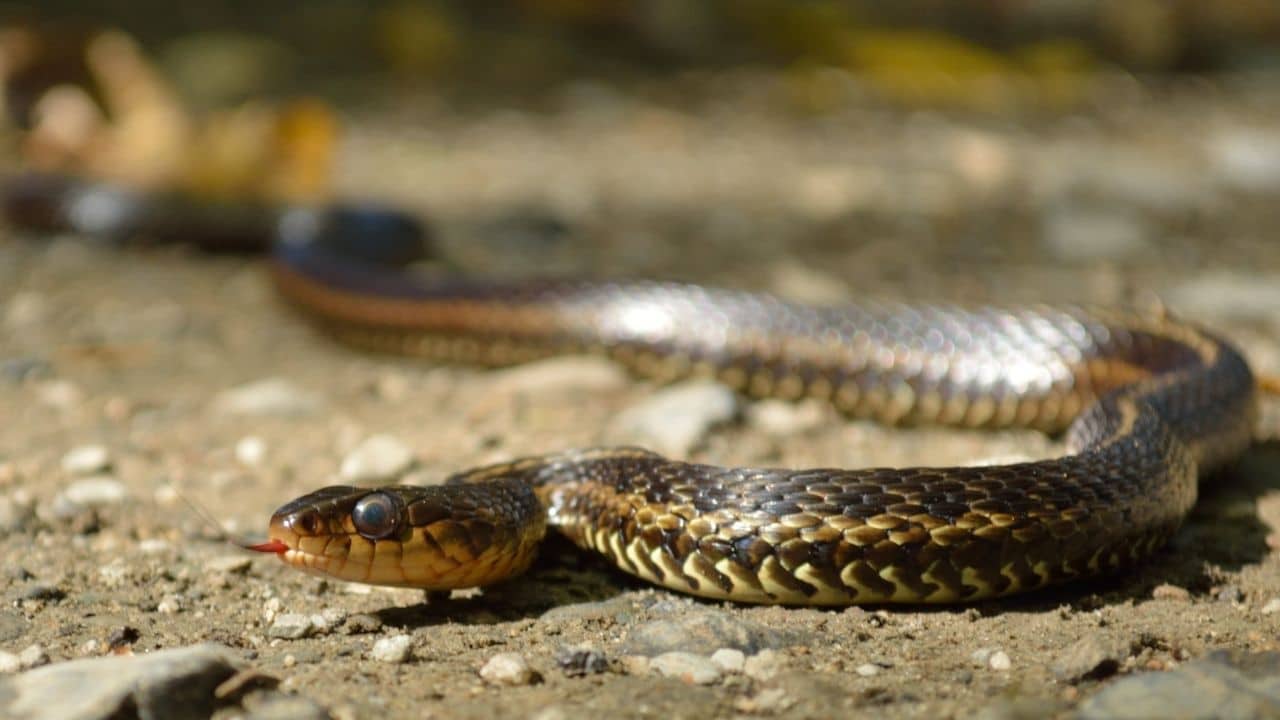 This popular pet snake is also known for live-birthing its young. While in captivity, it is unlikely the female will reproduce as the process is quite wild!

Out in nature, up to 25 male snakes will swarm a female, each having a shot at impregnating her.

Another incredible fact about the garter snake’s breeding is that the mother can store sperm for years before actually fertilizing any eggs inside her!

Ok, I learned this when I started my own Google search, as this was a little beyond my 8-year-old’s insights.

A female garter snake can give live birth to anything from 20-40 baby snakes. Her pregnancy lasts 2-3 months. 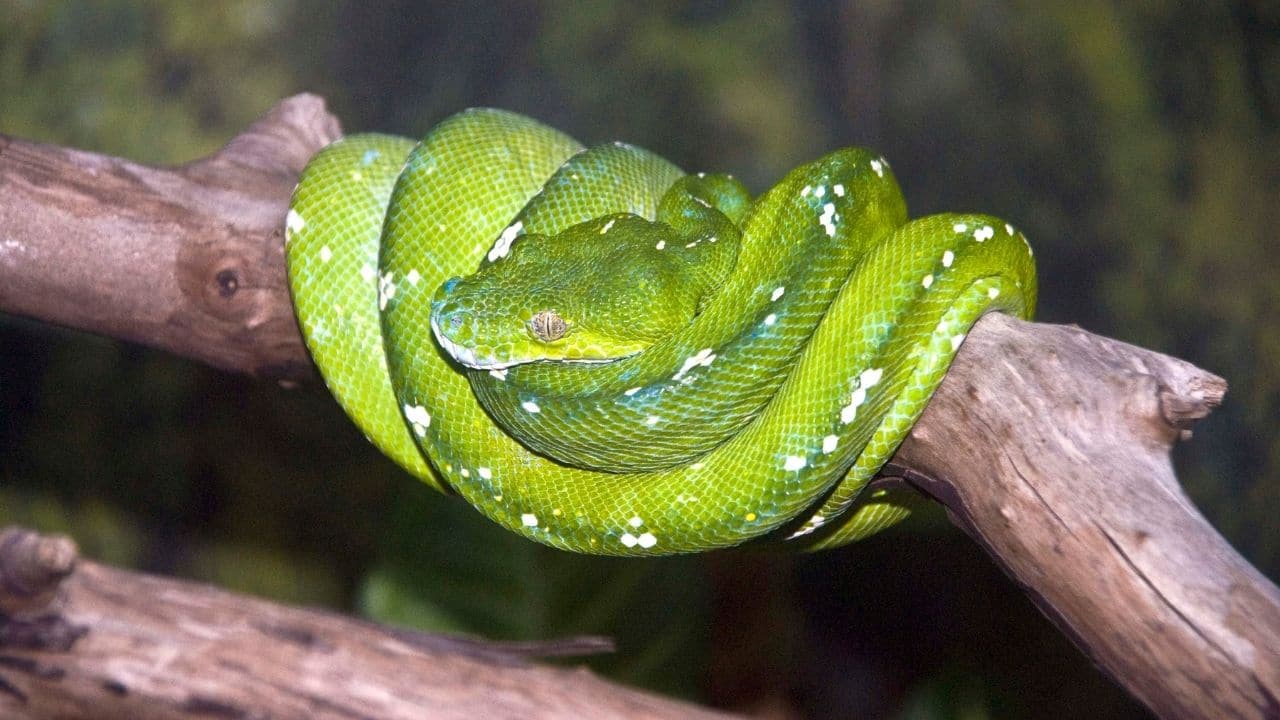 These terrestrial and arboreal dwelling snakes are also live birth snakes. The constrictors such as the common boa, the red-tailed boa, and the Amazon tree boa live and give birth to their young on the ground or in trees.

Part of the boa family, anacondas are also livebearers. Their young are covered in a mucus sack, which the young break through.

A birthing can include 12-14 snakes. When the monsoons hit, the anaconda can give birth underwater too.

Why Snakes Evolved Into Being Livebearers

After my son had turned in for the night, I became curious just why some snakes would choose to have live birth while others would stick to laying eggs.

Why go through the agony of carrying your offspring inside you when you could easily deposit a few eggs?

Nature always has a reason, and most snakes that have evolved to have live birth did so to ensure better survival rates for the young.

Snakes that emerge from eggs are usually smaller and weaker, whereas live-born snakes are stronger and more independent. This ensures a higher neonatal survival rate.

Frequently Asked Questions about What Snakes Give Live Birth

What kind of snakes have live births?

Sea snakes, water snakes, rattlesnakes, garter snakes, boas, vipers, and other snakes have live birth where they either have babies through a direct process of birth or via incubating the eggs in their own bodies before giving birth to live young.

Do copperhead snakes give live birth?

Copperhead snakes do give live birth rather than lay eggs. The young copperheads are born inside a mucus sack filled with amniotic fluid. The young force their way through this, being born live and with no egg.

My son was really fascinated that snakes could also be pregnant and give birth to live young, just like humans did.

It certainly made me look at snakes twice, but what my son forgets is that his human mommy takes care of him, while snake mommies have no further responsibility towards their young after birth.

This was something I would remind him of the next time I tell him in a sibilant lisp to clean his room!

[…] it does not. There are ways to repel snakes, and some homesteaders claim that guinea hens will keep snakes at […]