My family loves eggs. We enjoy making them scrambled or frying them for breakfast, so imagine my surprise when my 10-year-old son came into the kitchen one morning with a strange-looking egg.

He insisted that it was his breakfast, and I believed the neighbors might have some new chickens I hadn’t seen yet.

We cracked the egg, and this was when I realized that birds aren’t the only creatures to lay eggs—snakes do too!

My son had found a snake egg. Luckily for the baby snake, it was just about ready to hatch, and we carefully placed it in a box and took it to the reptile sanctuary nearby for some care and some answers.

Of the thousands of species of snakes in the world, more than 70% lay eggs. Egg-laying snakes include cobras, adders, taipans, corn snakes, king snakes, milk snakes, grass snakes, and garter snakes, to name but a few.

Egg-Laying Snakes of the World

I was utterly amazed that snakes laid eggs. I mean, I’m living under a rock, yet I never really gave snake birth much thought.

After having found the snake egg, we were amazed to learn that some snakes looked after their eggs, while others didn’t.

So which snakes were the egg layers and which had eggs, but gave birth to live young?

The snakes that lay eggs can be divided into the two major families of the serpent kingdom:

The Elapidae family of snakes includes cobras, taipans, and adders.

Not all of these snakes are egg layers, with cobras and taipans being the predominant egg-laying snakes of the family. 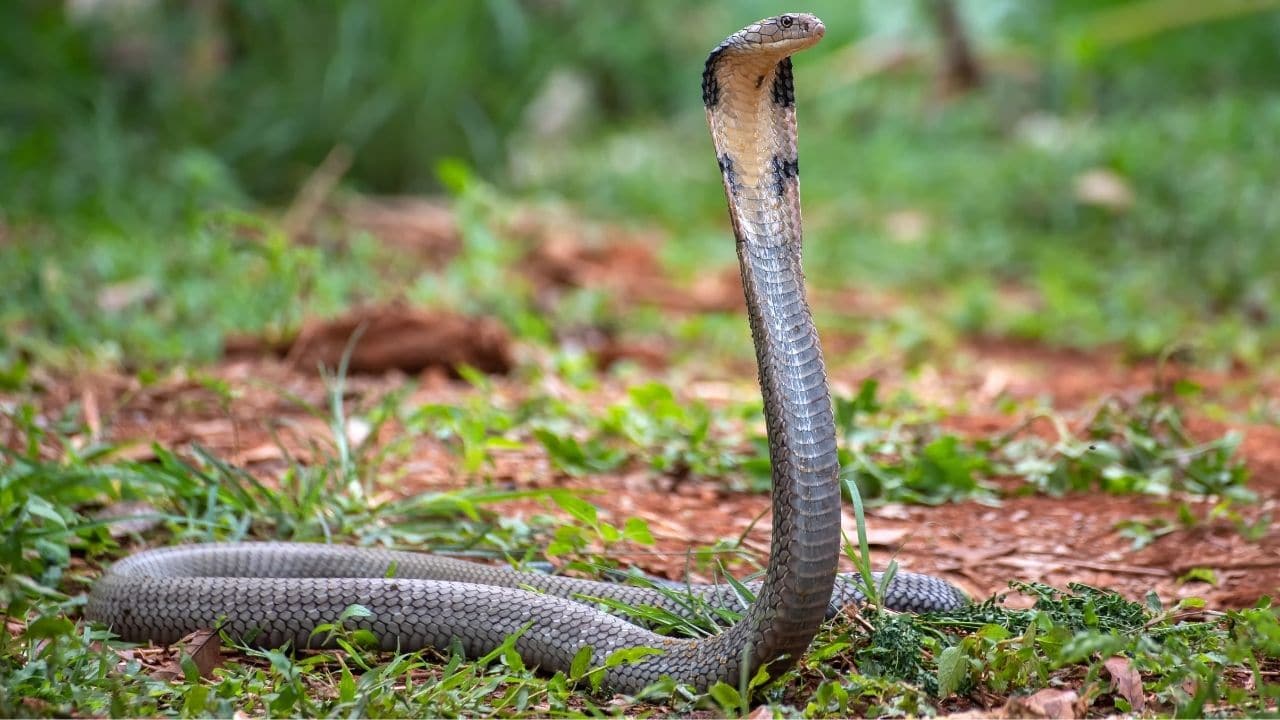 These frightening snakes are mostly egg layers. The King Cobra, which is also the world’s largest venomous snake, creates a nest of leaves that the female snake gathers together.

Within this warm and cozy home, the female will lay about 20-40 eggs, which she will guard zealously until the young hatch.

There have been rare cases of the egg clutch being 70 eggs strong. The eggs take 65-80 days to hatch.

During this time, both the mother and father King Cobra will remain on alert, guarding the eggs. They may even take turns to wrap their bodies around the nest for further protection.

Once the eggs hatch, the young King Cobras are fully self-sufficient from within minutes of being hatched. The youngster snakes head off on their own, with the adults proceeding with their lives with no further parental action required.

Most other cobras are not quite as attentive as the King Cobra when it comes to their eggs. However, they are known to linger in the area around the nest, guarding their eggs against predators.

Once the young cobras have hatched, they are on their own.

Other cobras that lay eggs include the Indian cobra, the Chinese cobra, the Equatorial Spitting Cobra, and the Eastern Coral snake, among others.

The Eastern Coral snake is native to Florida, and it lays its eggs in a marshy nest or in the ground. These nests contain 6-7 eggs that hatch in the fall. 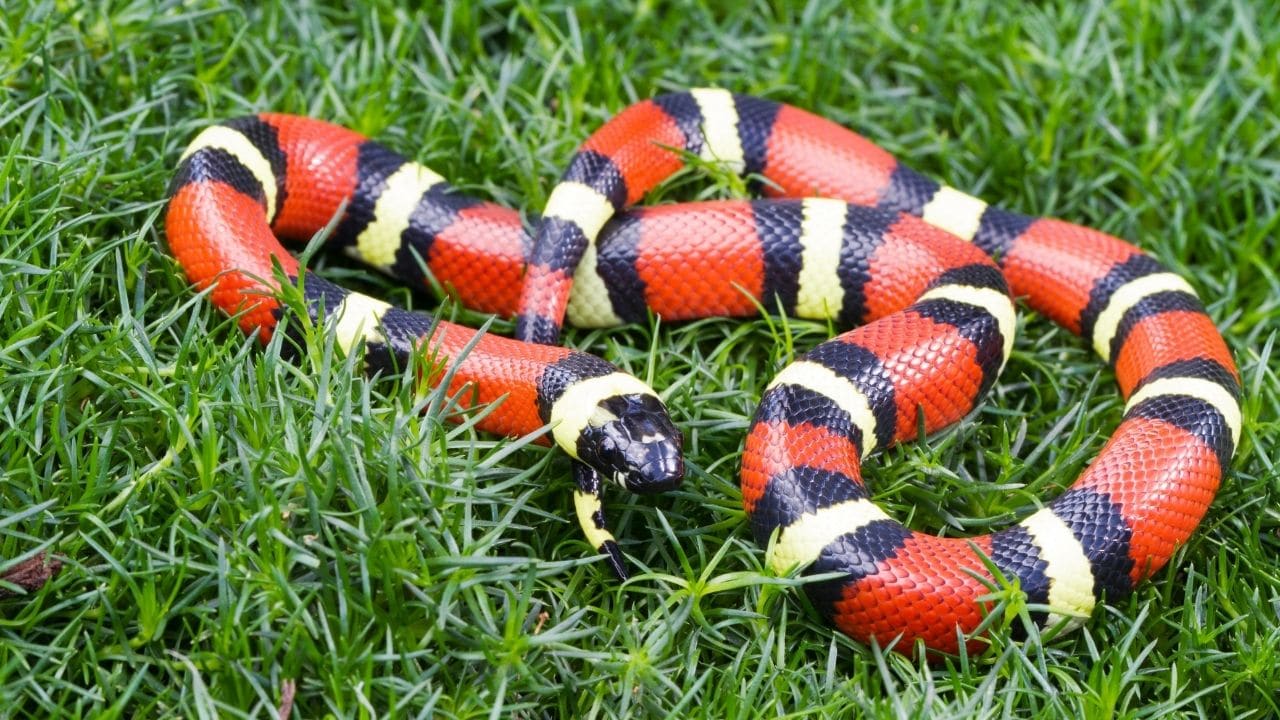 If you find a snake egg in the U.S., then chances are that the egg belongs to a snake of the Colubridae family.

This means the snake egg is from any number of snake species such as the American rat snake, brown snake, garter snakes, leopard snakes, earth snake, milk snake, etc.

While not all the Colubridae family of snakes are egg-laying, most of these variants do lay eggs or give birth to their young once they have hatched from eggs that the female carries internally in what is known as ovoviviparity.

What to Do If You Find a Snake Egg

While my son had insisted on us raising the baby snake from the egg that he had found, this is not a wise course of action.

Unless you are a professional herpetologist or someone who studies snakes and reptiles, you probably won’t know what kind of snake it is that you have hatched.

Some baby snakes, especially those from the cobra family, can be quite venomous from birth. Raising young snakes is something best left to the experienced snake keeper.

There is a certain amount of care involved in keeping yourself and the young snake healthy and happy, so raising a snake is not the same as raising a puppy.

So if you do find a snake egg, you should take it to your local parks office, or you can contact an animal shelter that may know of a resident herpetologist who can raise the snake correctly before rehabilitating it to the wild.

Do snakes lay eggs, yes or no?

Most snakes do, as about 70% of snakes are egg layers. The other 20% is made up of those snakes that have their young through live birth with no egg involvement, and the final 10% being the snakes that carry their snakes internally until they hatch, then giving birth to live young.

Brown snakes lay clutches of eggs in the late spring to early summer. These clutches can have up to 35 eggs.

When black snakes lay their eggs, where do they nest?

Black snakes tend to create a nested environment from rotting vegetation where the process of decay heats up the eggs. This causes the baby snakes to mature and hatch in the eggs. A black snake clutch of eggs can include 5-30 eggs.

Egg-laying snakes are found all across the world, so it was quite strange that my son managed to find one in our own garden.

We were fortunate that the snake we accidentally hatched from the egg my son found was a harmless black snake.

So think twice before picking up and cracking an egg! You’ll never know what snake species’ inside or if the mother snake is nearby.

Far better to let the snake egg stay where nature intended it to be hatched.

[…] not crazy about insects, but juvenile rat snakes have been known to feed on moths, beetles, crickets, spiders, and caterpillars if they’re out […]