How Do Snakes Reproduce? Interesting! 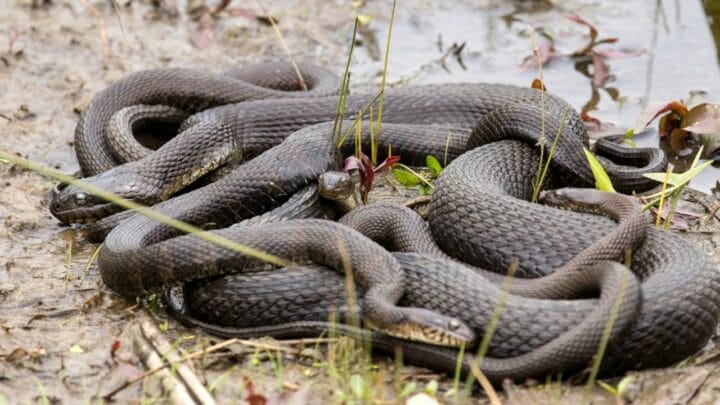 There are some mysteries within the world today that are just screaming out for an explanation. One such mystery involves the mating habits and reproductive abilities of snakes.

Aside from watching all too realistic TV programs about wildlife or browsing the internet, there are few ways to obtain the answer to this question, unless, of course, you own pet snakes and have personally observed snakes mating.

While this mystery can easily be explained, you may very well get the jitters after reading about snakes‘ reproductive behaviors, as they engage in courtships with one another just like most species do.

How Do Snakes Reproduce?

When snakes are ready to mate, the female snakes put off pheromones for them to attract the males. After the male snake tracks down the female by following her scent, they engage in a flirtatious courtship with one another before wrapping the tail of his body around an area of the female known as the cloaca, which is where reproductive fluids are excreted.

Female Snakes Give Off Pheromones When They Are Ready To Mate

You may have heard of the term “pheromones” before. Many species, including humans, emit a distinctive scent that is meant to attract the opposite sex, but this scent is often detected subconsciously.

Most humans don’t even realize the role that pheromones play in the selection of a partner. Pheromones are only noticed occasionally, such as when you vaguely recognize your partner’s scent on your pillowcase.

However, there are many animal species, snakes included, that rely heavily upon pheromones when they are in search of a potential mate.

Female snakes don’t emit these pheromones every day, but only when they are ready to reproduce, which is usually in early spring, shortly after emerging from winter hibernation.

Male Snakes Follow the Female’s Scent and Engage in Courtship

While selecting a mate usually involves physical attraction and compatibility for humans, and may simply boil down to convenience for many other living creatures, it’s all about the scent trail when it comes to snakes.

The female snake will simply slither around and emit the pheromones as she goes about her business.

All the while, she may have male snakes following closely behind her, waiting for the right time to make their move.

Once the male snake successfully locates the female, he will flirt with her by slithering all over her and bumping his head against her body.

If more than one male snake is attempting to mate with the same female, they will all begin to crawl over the female and wrap themselves around her body.

A female snake has the capacity to mate with multiple male snakes, and she can choose which one that she wants to impregnate her. Alternately, she can decide to produce a litter of baby snakes from each of the males.

How Snakes Mate With One Another

This is the part where the reproduction of snakes may become a topic that you may rather not know about.

The male snake will slither around the female until he manages to wrap the tail end of his body around the right spot for mating. This spot is called the cloaca.

Just as human males have a pair of testes, the same is true of snakes. Only these organs are known as hemipenis, and yes, snakes do indeed have two of them.

Since female snakes have the ability to store sperm and delay fertilization, male snakes do their best to get the job done right.

Of course, a female snake will never need birth control, as they decide whether they want to become impregnated after engaging in intercourse with the male snake.

So, each of the female snake’s mates will try their hardest to impress the female.

Mating usually lasts about an hour, but could possibly drag out for the entire day. Afterward, if the female chooses to have babies, she’ll do so an average of one to two times each year.

While some female snakes may lay eggs, other snakes have live births depending upon the species.

Snakes Can Be Asexual and Reproduce without Mating

After mating, a female snake can store the sperm inside her body for as long as five years, and give birth whenever she feels like doing so. Therefore, snakes can indeed reproduce without needing to mate.

While it is strongly suspected that some snake species can single-handedly create clones of themselves without needing to mate, this theory has never been definitively proven.

Now, there have been reports of extremely rare instances in which a snake has been believed to have impregnated itself.

However, it is a well-known fact that female snakes have the ability to store sperm, which explains why snakes can very well reproduce on their own.

How Many Times Can Snakes Reproduce?

Female snakes can give birth or lay eggs as often as twice a year, but snakes usually only reproduce once every few years. Female snakes tend to abandon the nest after having laid their eggs.

What do snakes do after mating?

Many snakes will flick their tongues shortly after they have mated. Female snakes who are egg-bearing will already have the eggs present inside her body prior to mating, but she will store the sperm until she is ready to reproduce.

Well, you may have been captivated by this explanation of snake reproduction, or you may be kicking yourself for having asked this question in the first place.

While snakes may or may not be able to single-handedly reproduce, snakes do mate with one another.

The female snake holds the power while the male chases after her scent and hopes that she will decide to have his babies. No, it may not sound romantic to us humans, but in the world of snakes, it’s just how courtship tends to go. 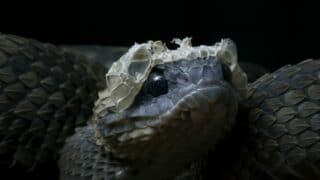 Previous
How Often Do Snakes Shed? Let Me See... 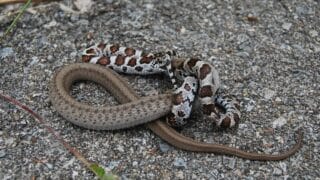 Next
What Snakes Eat Other Snakes? Scary!

[…] Breeders spend a lot of money on making sure they have the right equipment to breed corn snakes. […]

[…] species of snakes are ophiophagous, meaning that they eat other baby or adult snakes. Some species like kingsnakes […]