Food is hard to get in the wild. You can’t be picky about your next meal. As a consequence, it’s a snake-eat-snake world.

Many species of snakes are ophiophagous, meaning that they eat other baby or adult snakes. Some species like kingsnakes and king cobras even eat their own kind.

What Snakes Eat Other Snakes?

Species of snakes that eat other snakes include ringneck snakes, kraits, black-headed pythons, and mussuranas. Sometimes, like with cobras and kingsnakes, they will cannibalize their own species. 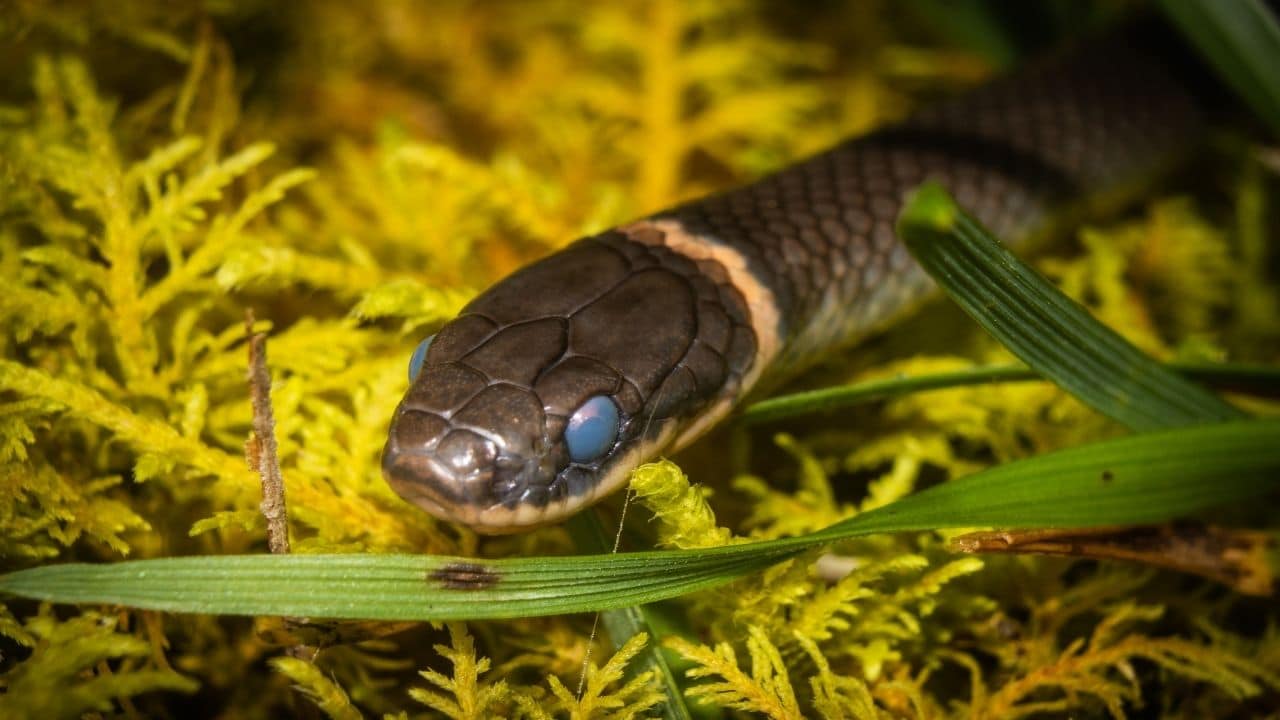 There are many species of ringneck snakes kept as pets. Ringnecks get on with other members of their species and can be kept together. In the wild, ringneck snakes hibernate.

When it’s time to hibernate, whenever the temperatures start to get chilly, they do not do it alone. Although they can hibernate alone, they prefer to hibernate in colonies.

Sometimes, they will hibernate with other species such as garter snakes.

Although friendly to their own kind, they will eat the babies of other species of snakes. The babies need to be newly born or newly hatched to be small enough to fit in a ringneck snake’s mouth.

Ringneck snakes have a very mild venom used to subdue the prey. The venom is not harmful to people or larger-sized pets like dogs and cats.

Since a diet of baby snakes would be incredibly expensive for most pet ringneck snake owners, these snakes are usually fed insects like earthworms, nightcrawlers, mealworms, slugs, or crickets.

Worms may need to be cut up to be small enough for the snake to eat. Insects lack bones, which means they lack calcium.

All insect food should be dusted with calcium or multivitamin powder to make sure the snake is getting all of the nutrients it needs. 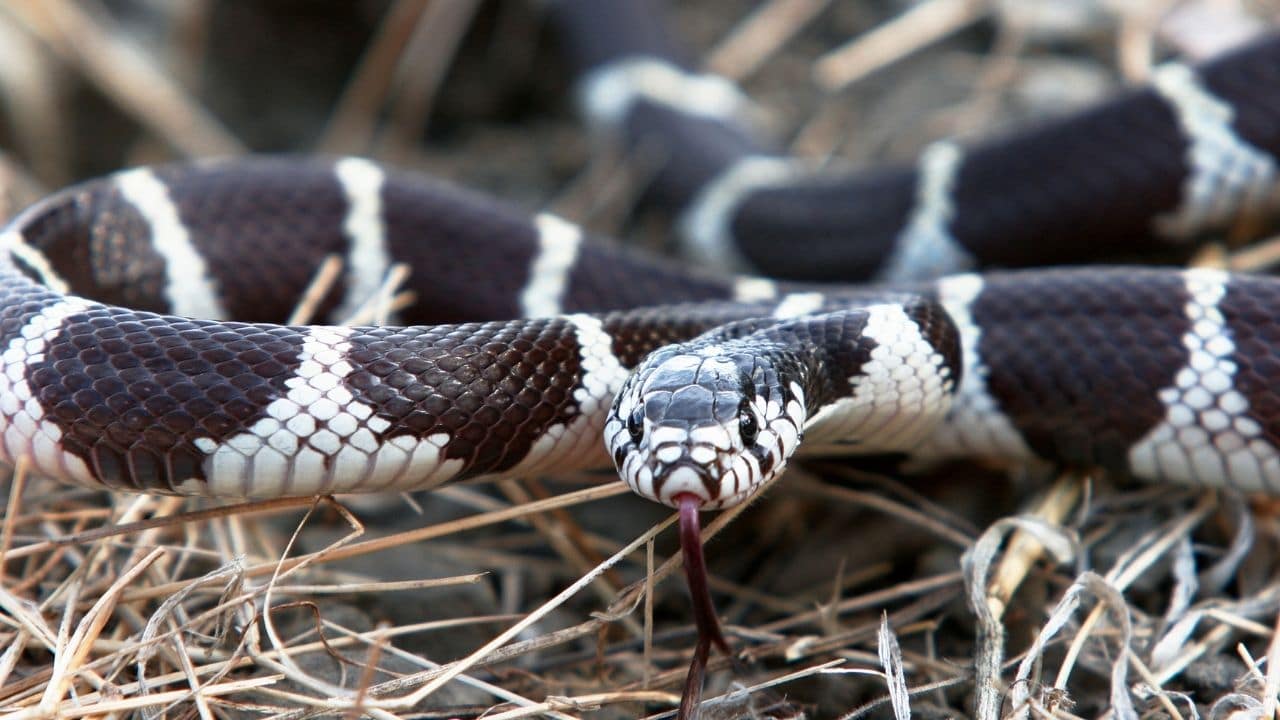 One of the reasons kingsnakes got their name is due to their habit of eating other snakes. Kings are said to live off their subjects, after all.

There are seven species of kingsnake. They all eat other, smaller snakes. They also eat small mammals like mice or voles, bird eggs, small lizards, and salamanders.

When kingsnakes sense another snake is around, they are not choosy about what snake to pick.

As long as it is the right size, which is usually about three-quarters the diameter of the kingsnake’s head, it’s dinnertime. They have been known to tackle and devour poisonous snakes like rattlesnakes and copperheads.

They are immune to the venom.

Kingsnakes are even known as cannibalistic breed. They can also eat kingsnakes from different species. When kept as pets, they must be kept separately or one may choose to dine on the other.

They are harmless to people and large animals. Pet kingsnakes are usually fed dead or thawed-out frozen mice. Live mice have been known to kill pet kingsnakes. 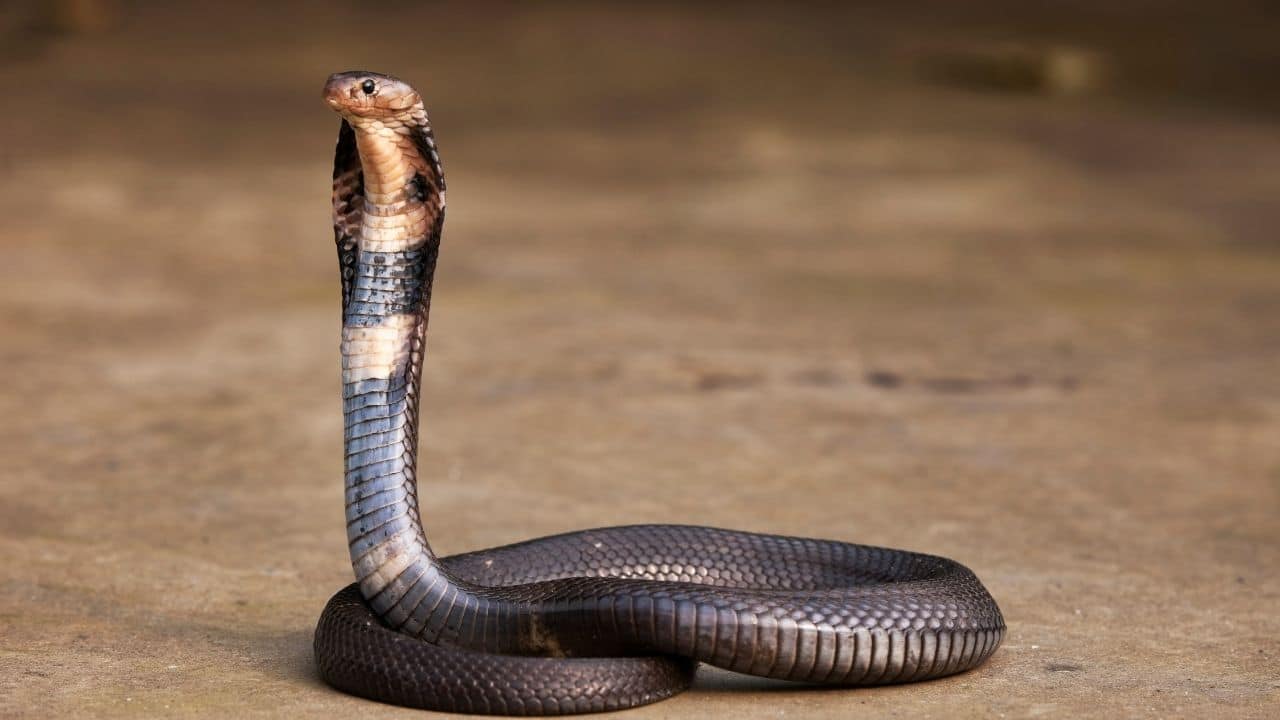 It was well-known that cobras ate other snakes. Their large size makes most snakes small enough for an easy meal.

King cobras, for example, grow to up to eighteen feet long. It was also thought that they only ate their own kind when no other food was available.

Many recent studies show that six species of African cobra regularly dine on their own kind.

According to National Geographic, most cannibalistic cobras are males. They eat other males.

This not only gives them a good meal but lessens the competition for females. They also get to take over the territory of the recently deceased male cobra and all of the prey inside of that territory.

When a cobra eats another cobra, he also eats that cobra’s venom. The venom does not bother the snake.

However, it does make that snake’s venom far more potent. Regular anti-venom for people may not work on the venom of such cobras. 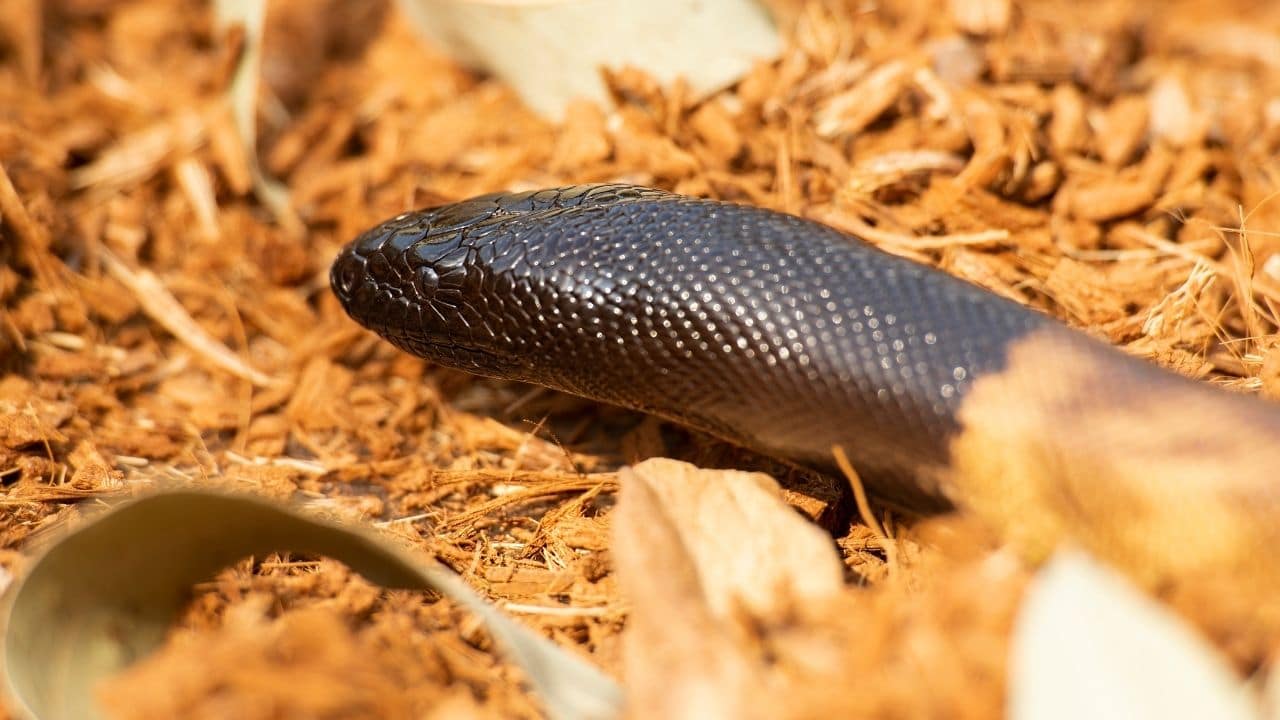 Black-headed pythons are another pet snake harmless to humans but harmful to other snakes, even their own kind. They, too, need to be kept separately or they will dine on each other.

Because of this tendency and some other factors, black-headed pythons can be difficult to breed in captivity. Eggs should be taken from the mother and incubated.

Venomous snakes native to Australia do not bother them. In captivity, black-headed pythons are usually fed mice or rats.

A note of caution here to anyone considering getting a black-headed python as a pet. They grow big and need large enclosures.

Females grow bigger than males. They average five to ten feet in length when fully grown, but can get to be eleven feet long. They can weigh about 35 pounds, so their enclosures need to be substantial.

Other, lesser-known species of snakes that eat other snakes include indigo snakes, like the Eastern indigo snake, which is a threatened species.

Indigo snakes are kept as pets, but they are more difficult to care for than many other species of snake. Although they eat other snakes, they usually do not eat other indigo snakes.

No matter what the species, kraits are not recommended as pets because they are venomous.

Other snake-eating snakes are the mussuranas. Their venom is powerful enough to stun their prey but too mild to kill a person.

They are known to eat venomous snakes like pit vipers. Some mussuranas have been kept as pets but can be finicky eaters.

Some will only eat other snakes, which makes keeping them extremely expensive.

Frequently Asked Questions About What Snakes Eat Other Snakes

Do Snakes Have Taste Buds?

Snakes have taste buds, but they’re pretty much different from what humans have. They have approximately 20 taste buds in their mouth roofs and not the tongue. To a snake, eating a snake probably tastes just the same as eating any other kind of prey.

Most snake meat has been described aschewy and bland. The taste has been compared to very mild chicken or tilapia with a hint of earthiness. The best tasting snake is said to be rattlesnakes.

Do Mother Snakes Eat Their Own Eggs?

Usually, a female snake will not eat her eggs, although it does occasionally happen. When the egg is eaten, the egg is usually deformed in some way. Sometimes captive or pet female snakes will eat their eggs for no seeming reason.

Snakes that eat other snakes are called ophiophagic snakes. They include pet species like ringneck snakes and kingsnakes.

Why Do Snakes Yawn? I See!

[…] Snakes yawn for many reasons, but none of them have to do with the snake being sleepy. Snakes yawn to widen their gape or align the lower jaw after eating. […]