Lizards are without doubt one of the most frightening creatures out there.

Whether it is a tiny baby lizard or a gigantic Komodo dragon lizard, their sight is surely going to make one run for the hills.

However, the appearance of those small baby lizards in our houses during those small months makes us wonder how they come into existence

or the more appropriate question is how do lizards mate?

Lizards are reptiles that reproduce sexually. This means that female eggs need to be fertilized by male sperm to produce offspring.

The type of fertilization used is largely determined by the species and their surroundings.

How do lizards mate? 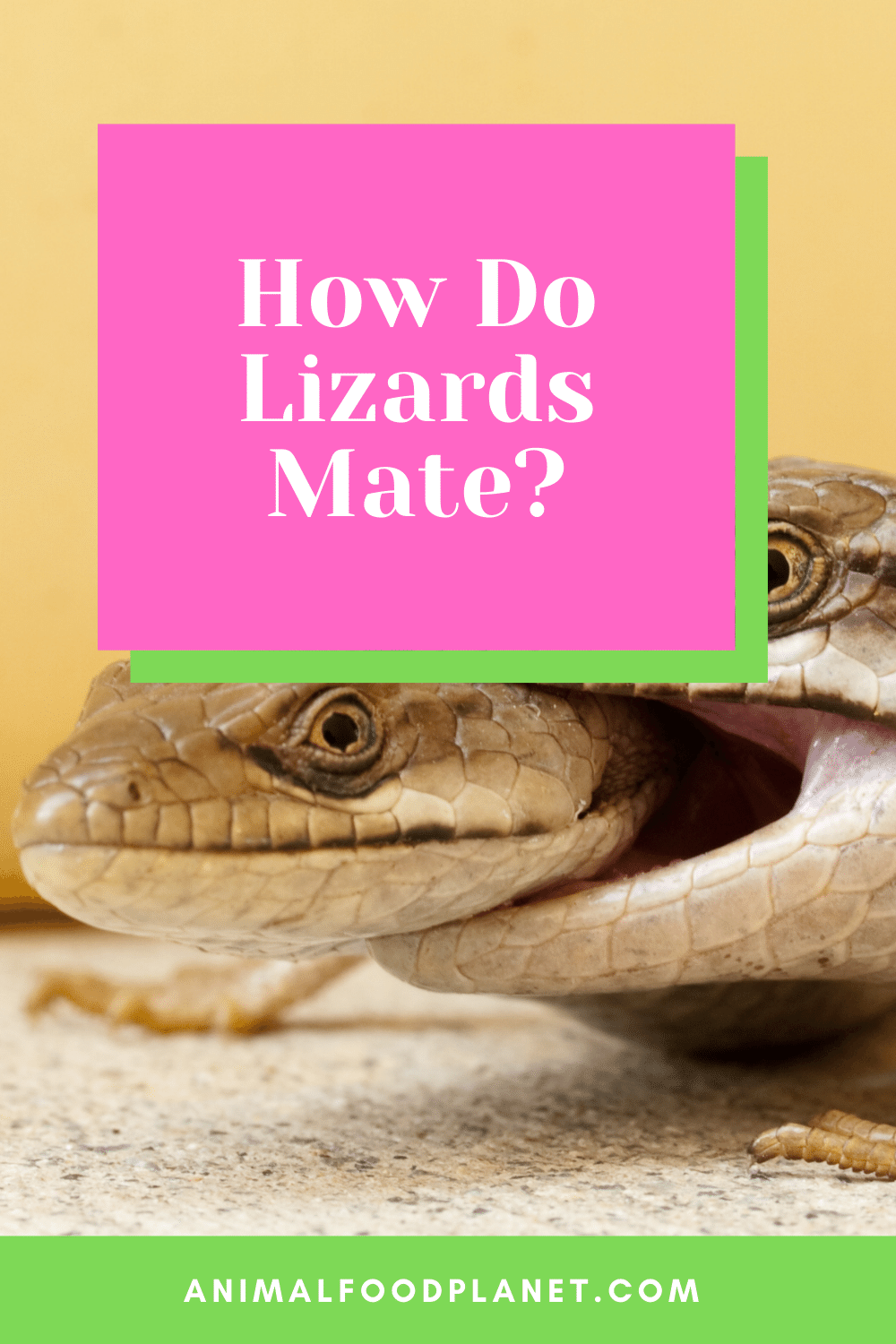 How Do Lizards Mate

Signs a Lizard is ready to Mate

Lizards follow their mating rituals. Every specie of lizard has its signs of mating.

Here I’ve explained some of the most common signs that a lizard is ready to mate.

1. Visual displays of getting ready to mate

The visual displays of a lizard being ready to mate include, but are not limited to,

the wagging of the tail, change of color of their hide, inflation, change in body posture, and head bobs (push-ups).

The actions might differ with different species. By doing these, male lizards try to attract their potential female counterparts so that they can mate. 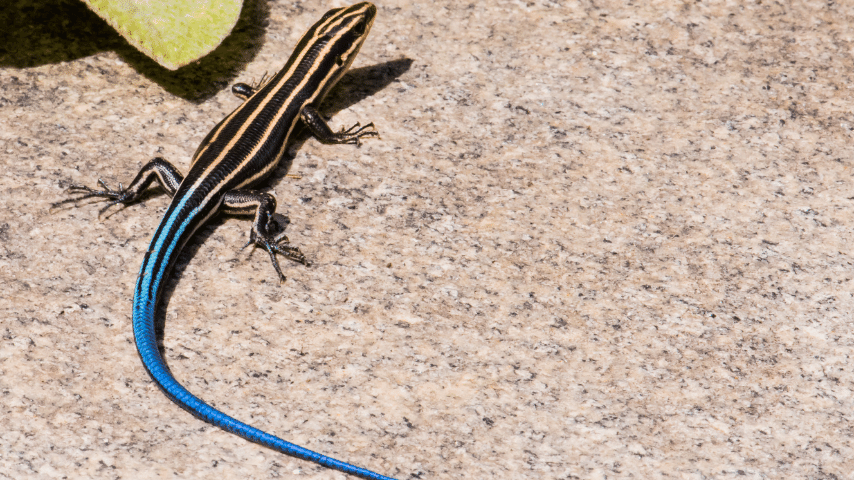 The Wagging Of The Tail, Change Of Color Of Their Hide, Inflation, Change In Body Posture, and Head Bobs (Push-Ups)

These males will be attracted and may even compete with other male lizards to mate with a potential female lizard. 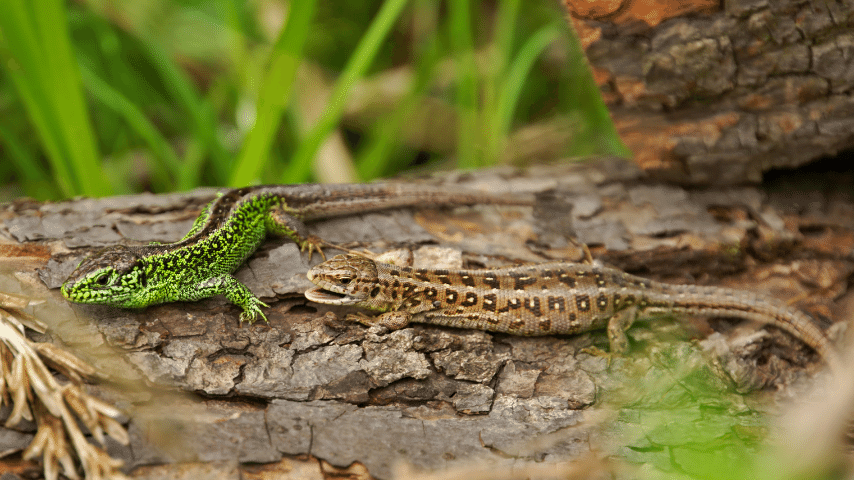 This method of attraction is only used by lizards who are predators in the food chain rather than prey.

Auditory calls, if done by smaller lizards that are often eaten as prey, might give away their position and make their lives vulnerable.

However, larger-sized lizards, do not have the fear of being preyed upon attracting their counterparts by making auditory calls.

Most the species of lizards reproduce by laying eggs.

However, some species of lizards may also give birth to live ones also known as viviparity.

1. Can lizards reproduce without fertilization by sperms?

Many species of lizards, including Geckos, race runners, rock lizards, and monitor lizards reproduce by parthenogenesis.

It is a process of reproduction in which the female eggs mature into lizards without being fertilized by a male sperm.

This process is most commonly seen in bees.

In these species of lizards, commonly most, if not whole, of the population consists of female members only.

The offspring’s genetic composition does not alter in this sort of reproduction.

The vast majority of lizards reproduce by depositing eggs. First, the male and the female lizard mate.

The eggs of a female lizard are being fertilized by the sperm of a male lizard.

After a gestation period that differs with different species, the female lays the eggs.

The eggs have a thick, leathery shell with the size depending on the size of the specie.

The hatching time of the eggs, or the time after which baby lizards will break the shell and come out in the open, again depends on the type of specie.

An example of a lizard that lays eggs is the Anolis lizard. 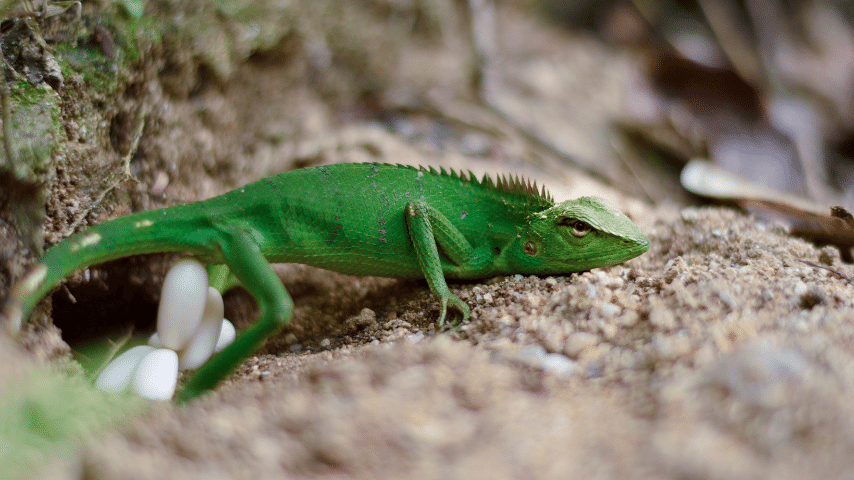 Most Lizards Reproduce By Laying Eggs

3. Lizard that gives birth to live ones

This method of birth is less common in lizards as most lizards lay eggs.

The eggs of a female lizard are being fertilized by the sperm of a male lizard. The eggs then divide and multiply to form an embryo.

All of this happens inside a female lizard’s reproductive system.

The female lizard provides nutrition to the growing embryo through a yolk sac.

After the gestational period is over, the baby lizards emerge from the female as fully developed lizards.

You can also see a thick mucus from the yolk sac covering the body of the newly formed offspring.

After the birth, the young one is left to fend for itself. The mother does not provide it with milk as is the case with mammals. 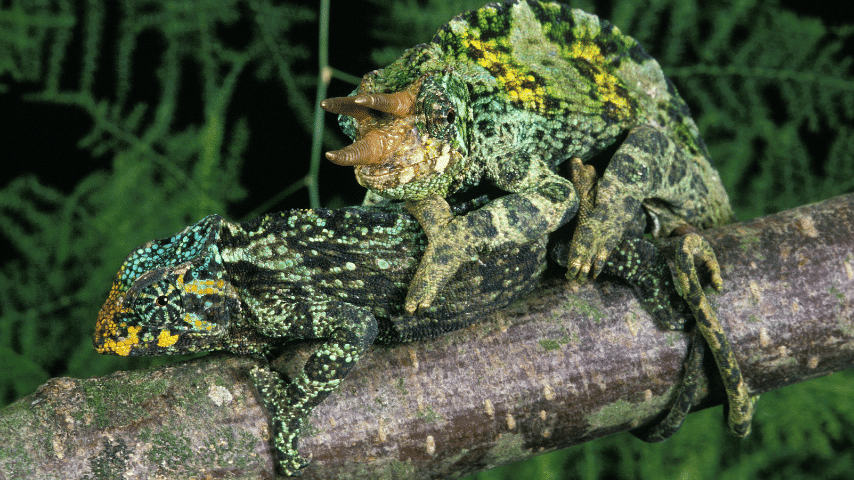 Chameleons’ Female Eggs Are Fertilized By Male Sperm Through Mating

Frequently Asked Questions About How do lizards mate?

Why do lizards bite when mating?

Male lizards bite female lizards on the head or the neck to show possession or to hold the female down so they can mate easily.

Another reason why male lizards might do this is to ‘mate guard’ which is to indicate to other male lizards that there is no chance of them mating with this particular lizard.

Why do lizards do pushups?

Lizards do head bobs which look more like pushups.

They do push-ups to attract females for mating by showing a display of strength and power.

What is the lifespan of a lizard?

The lifespan of a lizard differs from specie to specie and is also dependent upon whether it is in captivity or living alone in the wild.

In captivity, a lizard can survive up to 20-50 years. However, in the wild, this number decreases significantly. On average, a lizard can only survive for up to 5 years.

In lizards, reproduction happens by mating. The male and female counterparts attract each other by various chemical and physical manifestations and mate.

This results in fertilized eggs. The lizards, then depending upon the specie, give birth to live ones or eggs. Most lizard species lay eggs.

The number of the laid eggs can be anything between 2-200 depending on the type of specie and the environment it lives in.