How Do Animals Get Nitrogen? Along with oxygen and carbon dioxide, nitrogen is a component of air that is required by all living creatures.

It is an essential component of nucleic acids, proteins, and other structures, making it a very vital element in mammalian bodies.

Animals need enough nitrogen in their food for muscle and body growth, metabolic control (protein hormones and enzymes), and their whole genetic composition.

But unfortunately, the nitrogen inhaled from the air is expelled out unabsorbed. Therefore animals need to gain nitrogen from food sources.

DNA and RNA include nitrogen as a structural component. These nucleic acids are the pioneers that direct the synthesis of proteins.

Proteins are the fundamental components of any animal’s body.

One can understand how the deficiency of nitrogen may cause a disrupted metabolism in an animal.

Hence, an animal needs to eat a sustainable diet that fulfills its nitrogen requirements.

How do animals get nitrogen?

Most animals source their nitrogen requirements from food. Carnivorous animals get their nitrogen from the protein in the meat they consume. In contrast, herbivores get it from plant materials strong in protein or amino acids, such as leguminous plants. 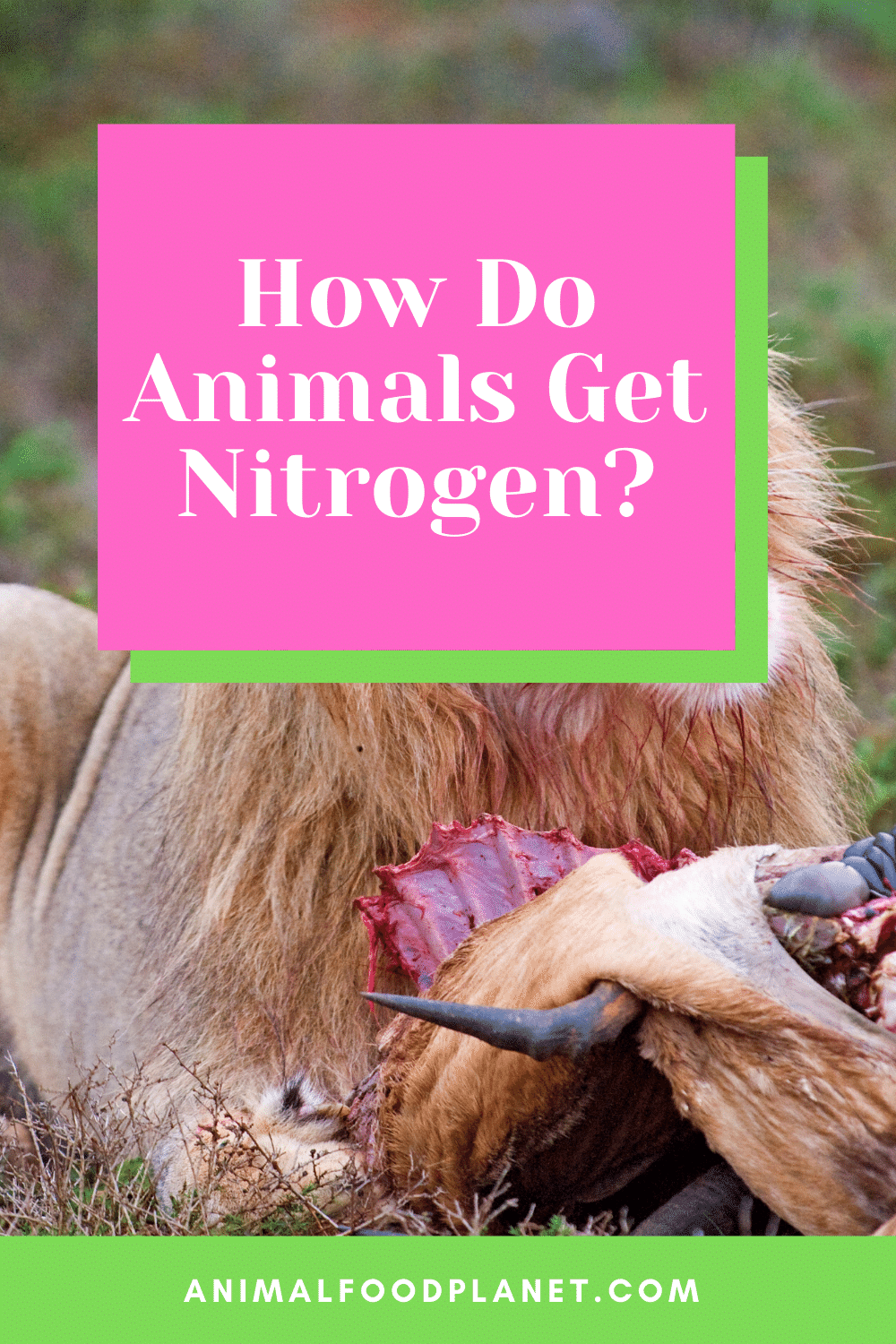 How Do Animals Get Nitrogen?

How is nitrogen incorporated into the food chain?

As animals cannot absorb nitrogen from the air, they acquire it by ingesting plants and/or other animals that contain nitrogen.

Carnivores eat other animals. The protein present in other animals supplies them with the nitrogen they require.

When animals die, their bodies are decomposed by microbes releasing the nitrogen stored in their bodies into the ground and water present in the soil.

This nitrogen is then converted into nitrates and nitrites which are then absorbed by plants.

These animals are then eaten by carnivores and the food chain continues. 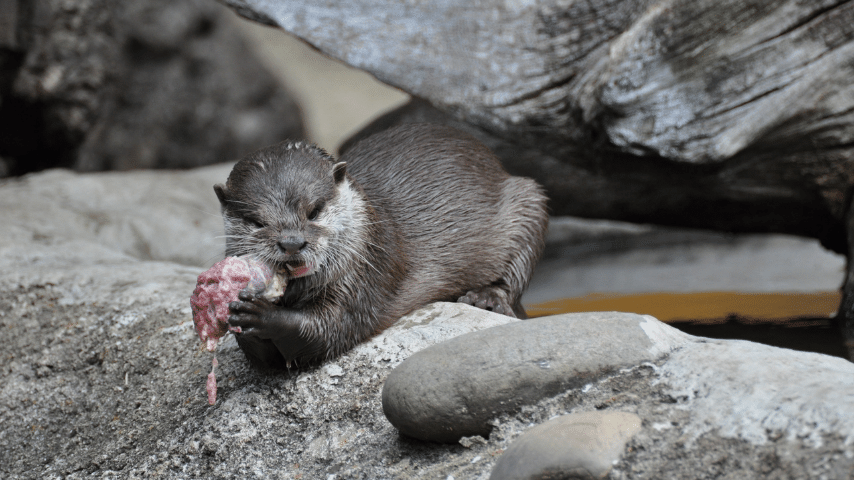 Is it possible for animals to get nitrogen from the air?

All living species require nitrogen to produce proteins and other essential physiological constituents.

Most organisms including plants, animals, and fungi are unable to get atmospheric nitrogen.

They can only use nitrogen that has previously been chemically transformed.

This is because the nitrogen in the air is already in a fixed or stable form.

Hence this form of nitrogen is very stable, its bonds cannot be broken down by animal enzymes to be able to utilize them for metabolic purposes.

For this reason, nitrogen present in the air needs to be ‘fixed’ to form weaker states such as nitrates or nitrites.

This is done by various bacteria present in the soil and also the gut of animals. 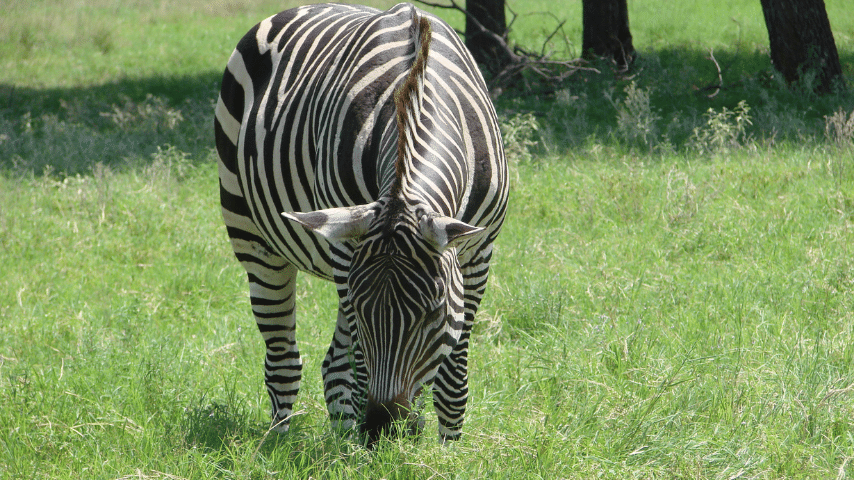 How are animals an important part of the Nitrogen Cycle?

Animals fulfill their nitrogen requirements through the nitrogen cycle.

It is a series of processes that change the molecular form of nitrogen, making it available for utilization by plants and animals.

In actuality, bacteria fix nitrogen, which is then combined with other components to produce more volatile compounds like ammonium, nitrates, and nitrites.

They get their nitrogen from the plants and other animals they consume.

Animals retain nitrogen in their bodies in nucleic acids and proteins (such as DNA).

Decomposition returns nitrogen to the soil once they die.

This is absorbed by plants. Plants use this nitrogen to make proteins and other components.

When plants get eaten, the nitrogen is transferred to the animal that ate the plant. The animal gets eaten by a larger animal.

Furthermore, animal wastes also contain nitrogen compounds which are again absorbed by the soil and incorporated into plants.

This way the nitrogen cycle continues and provides animals with nitrogen. 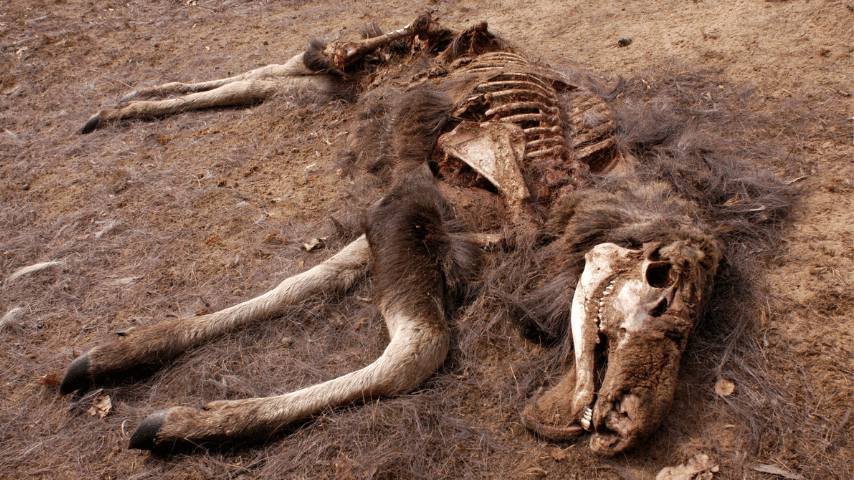 Decomposition Returns Nitrogen To The Soil Once Animals Die

Other sources by which animals get nitrogen

Bacteria that fix nitrogen in the atmosphere turn nitrogen gas into organic nitrogen.

Organic nitrogen is found in the food webs of terrestrial organisms. By discharging nutrients into the soil, it gets incorporated into food webs.

Nitrogen is released into the ocean through fertilizers and runoff, where it nourishes the marine life cycle.

These marine creatures get preyed on by larger creatures and fulfill their nitrogen requirements.

Nitrogen compounds are an essential component of fertilizers and pesticides.

These fertilizers are essential for agricultural growth. These runoff into water bodies which are then taken in by animals. 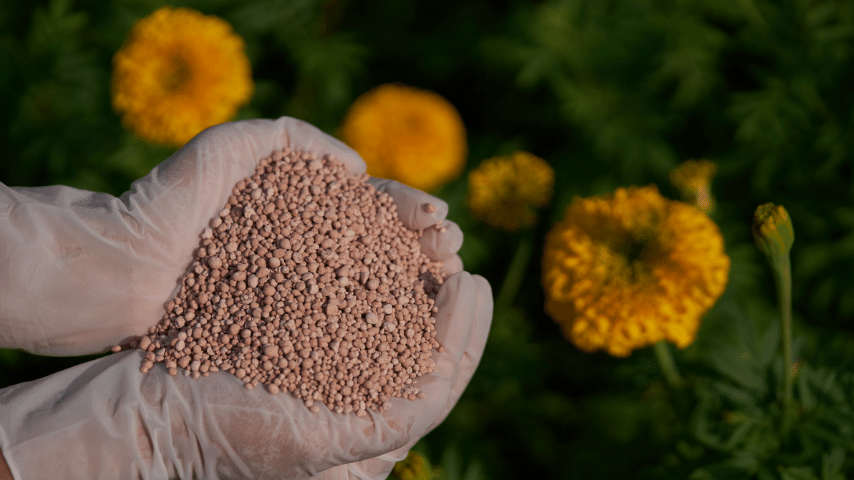 Nitrogen Compounds Are An Essential Component Of Fertilizers And Pesticides

Deficiency of nitrogen in animals

Diminished proteins in the body lead to a lot of disorders which include but are not limited to blood disorders, reproductive disorders, and muscle degradation.

While proper metabolism and survival without nitrogen are impossible for animals, too much nitrogen can also cause serious harm.

Nitrogen toxicity causes the increase of methemoglobinemia in animals.

This causes the development of serious diseases in animals such as dyspnea, cyanotic membranes, weakness, ataxia, muscular tremors, etc.

And if they are left untreated, these diseases can be fatal for animals.

Frequently Asked Questions About How Do Animals Get Nitrogen?

What is the basic nitrogen source in soils?

The most prevalent nitrogen sources in soils are commercial fertilizers, plant leftovers, animal manures, and sewage.

Which organism is important for nitrogen compound production?

Nitrogen-fixing prokaryotes microorganisms that can convert nitrogen gas from the environment into plant-usable “fixed nitrogen” molecules such as ammonia.

In the nitrogen cycle, what role do animals play?

Nitrogen is essential for proper cellular metabolism, as well as the production of animal tissues, eggs, wool, etc.

The deficiency of nitrogen causes serious diseases while its toxicity is also harmful to animals.

When living things die, their bodies decompose, which may either release nitrogen into the ground or the water.

This nitrogen is then converted by bacteria into a form that is easily usable for plants.