Bats are one heck of a fascinating beast. They navigate using high-frequency pulses – a phenomenon known as echolocation; sleep upside down and see in the dark.

We all know that most animals (and birds) have tails that help them balance and navigate, but do bats have tails too?

Do Bats Have Tails?

Of the 1,400+ species of bats, only three of the species don’t have tails. Of the rest that do have tails, some just aren’t long enough to expose themselves out of the body. Even if a bat might not have a tail, chances are it is there, but not long enough to be seen. 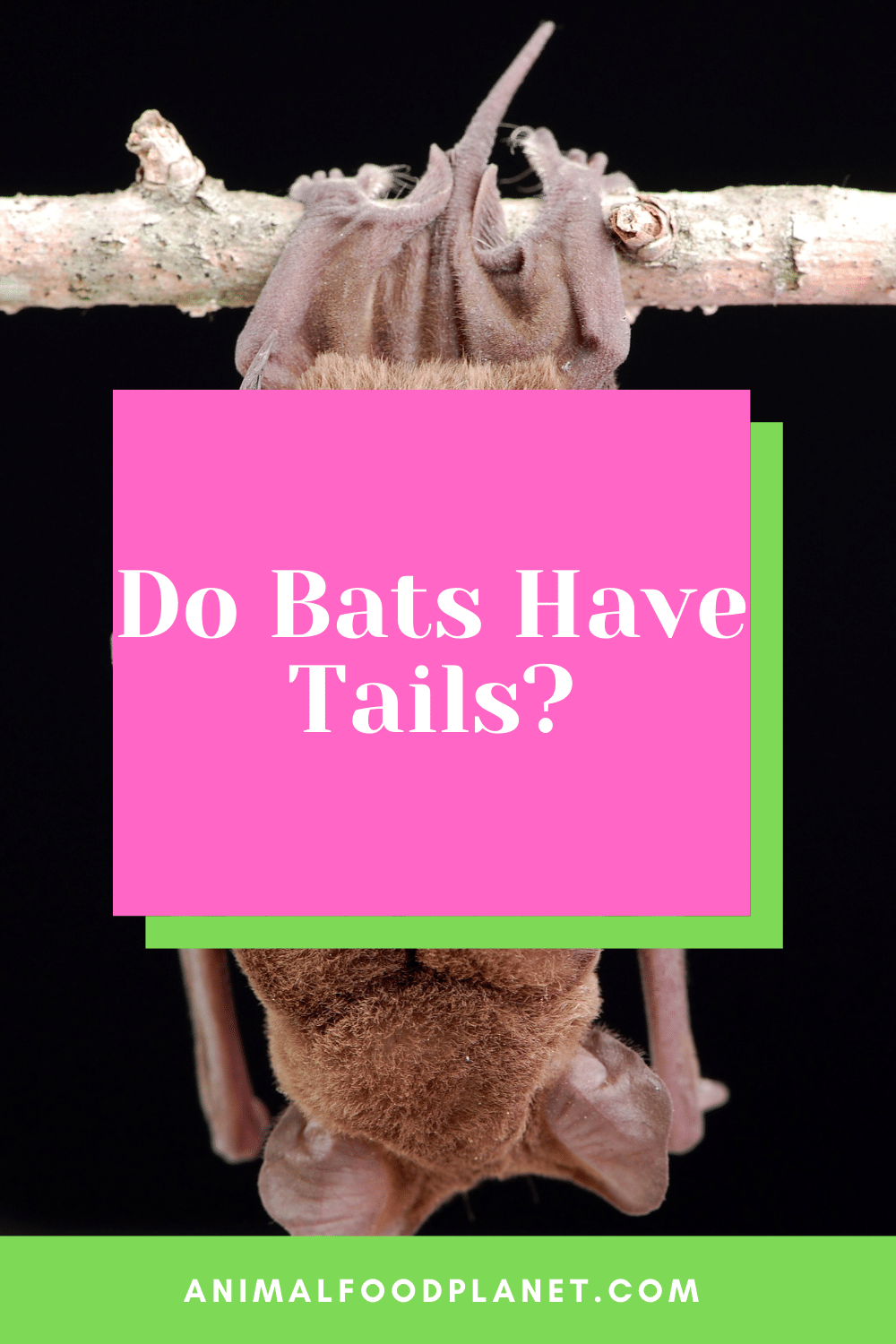 Do Bats Have Tails?

Almost All Bats have Tails

Bats come in over 1,400 different species, which may surprise you. Out of those, only three are said to not have a tail.

That means only less than 0.2% of all bat species don’t have tails.

However, the distribution of the population of these species isn’t uniform.

This means that it would be wrong for one to say that 0.2% of all bats don’t have tails.

However, spotting the tail with the naked eye is hard due to the small size of the tail and the bats being at a distance from us.

Even if the bats were in front of us, one wouldn’t be able to spot the tail in some cases.

The one simple reason a bat’s tail cannot be seen is that it might not have extended out of the bat’s body, or if it is, it did so barely.

To understand more about the tail of a bat, one needs to have some information regarding the tail connections, its size, and its uses.

I’m going to go over most of what you need to learn regarding bat tails. 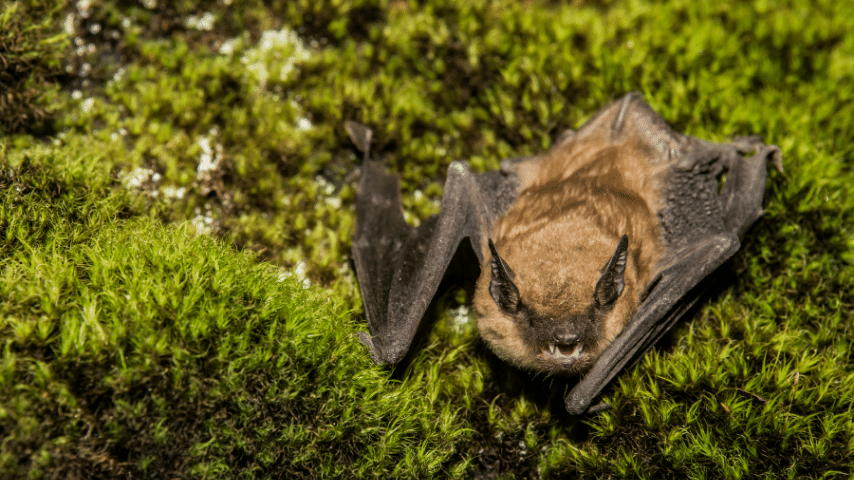 To what is the Tail Bone of Bats Connected?

In bats, a membrane known as uropatagium covers the tail bone. This membrane also connects the hind legs of a bat.

Let me make it simple. Here is how it works – Hind legs > uropatagium membrane > tail.

The reason why sometimes a bat’s tail cannot be seen is that it simply isn’t long enough to extend out of the uropatagium membrane.

Thus, making it look like the bat doesn’t have a tail.

Bats, for the most part, have tails. So, just because you can’t see one doesn’t imply one doesn’t exist. 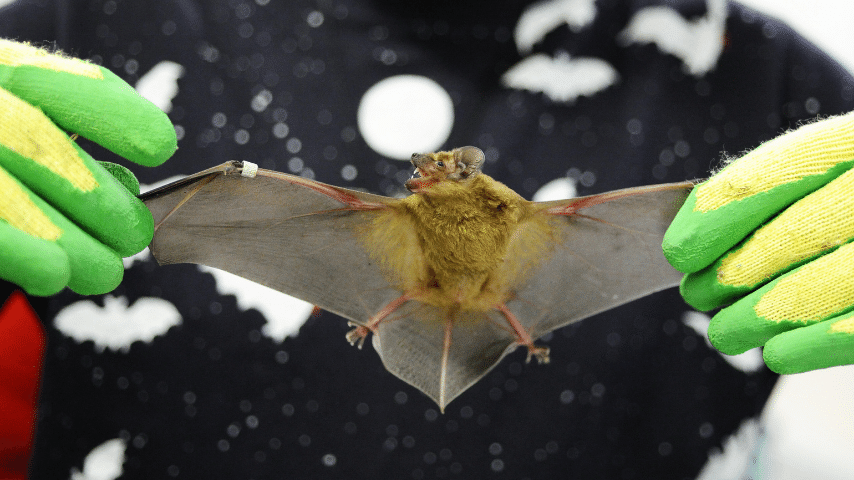 The Tail Is Connected To The Hind Legs Of The Bat

How long are Bats’ Tails?

This is pretty random and varies across a wide range. A bat’s tail length ranges anywhere from 0.1 inches to 3.6 inches.

But did you know that a bat’s tail size is independent of the bat’s size? A larger bat does not necessarily mean a longer tail. Isn’t it strange?

Due to the wide number of species of bats, it is difficult to find out which bat has the largest tail size.

However, of the ones that have been discovered, only around 3.5 inches seems to be one of the largest sizes.

Why Do Bats Need Tails for?

Similar to any other body part, tails have functions to perform too. Depending on animals, however, the functions are different.

In the case of bats, tails serve three primary functions,

Bats, though not excellent flyers, are excellent guiders.

One of the main things that give them such immense control over their gliding is the presence of a tail.

They are the only flying mammals that can actually fly and not just glide – unlike squirrels.

The main function of tails in creatures that fly is to aid them in flying. In bats, too, this is the main thing that tails help with.

The size of a tail does not matter in this regard, and all tail sizes contribute to aiding the bat in steering, maneuvering, and providing stability 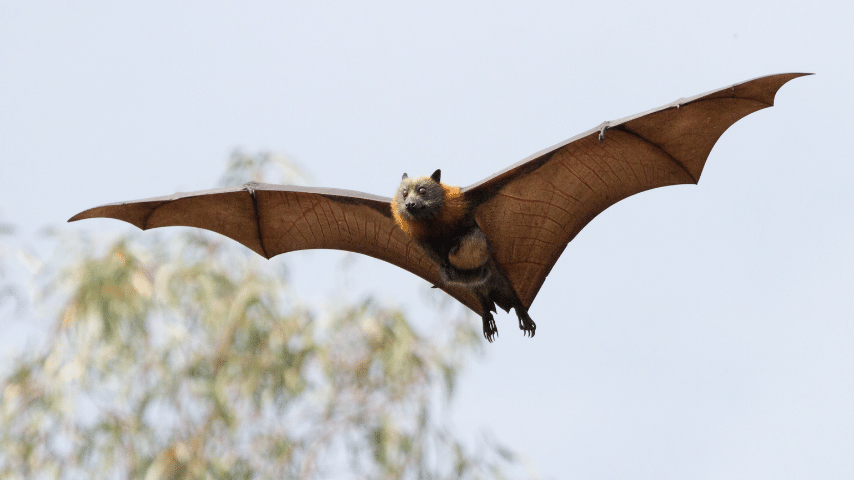 Taking Care of the Young Ones

This function is usually performed by female bats.

The female bats carry their pups (the babies of bats are also known as pups – just like dogs) using their wings and tails.

This is an extremely important feature without which the mothers would face problems raising their young ones.

Just like the first feature, this, too, is an integral function and vaguely speaking, without it bats cannot thrive. 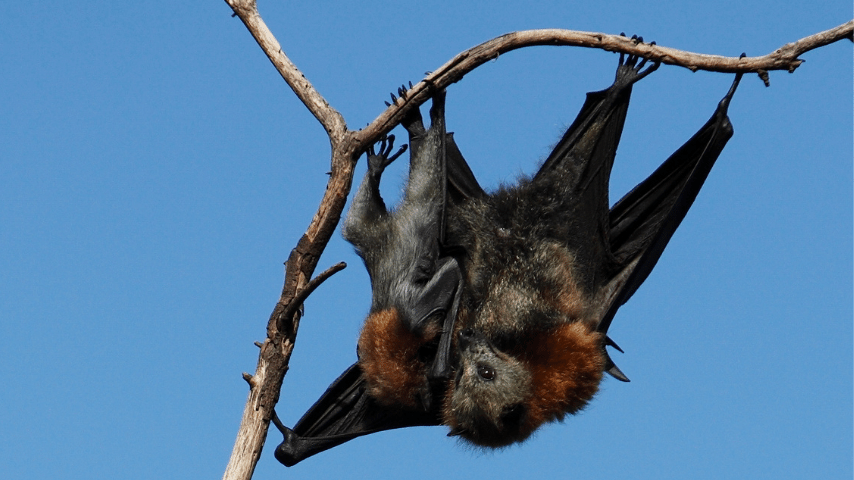 Females Bats Carry Their Pups Using Their Wings And Tails

Though not something without which the bats can survive, taking off is something that is aided by the presence of a tail.

It’s not like having a tail provides them an edge; it just equalizes them with birds.

You might’ve seen bats hanging upside down. There is a compelling explanation for this.

For the bats that don’t have a tail, or whose tails are too short to assist them in taking off, they simply fall and let gravity do the work.

Having a tail helps the bat generate more thrust and lift with its wings, and it can easily take off from almost any surface – just like other birds can. 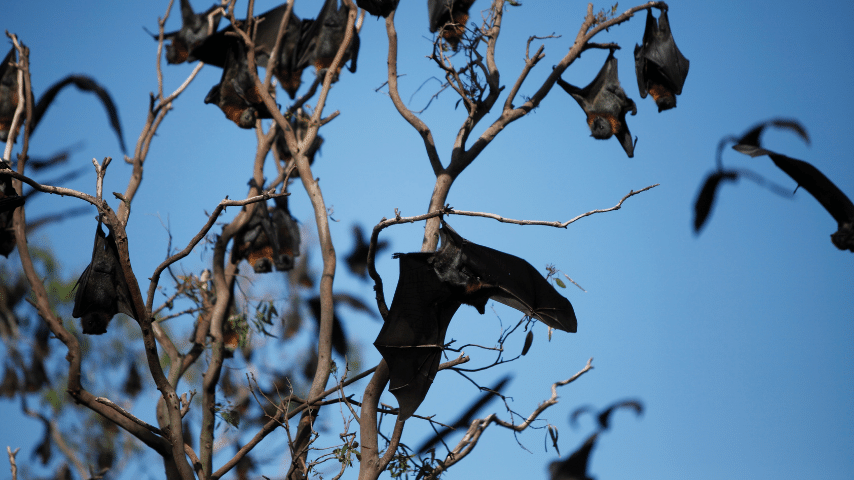 Frequently Asked Questions About Do Bats Have Tails?

Is a bat’s tail similar to that of birds?

No. A bat’s tail differs in magnitude from those of birds.

What is the purpose of bat tails?

Most of the bats do have tails, though sometimes it may not appear to be the case because the tail isn’t long enough to extend out of the membrane it was covered in.

The first two are essential, integral functions without which the survival of bats would be difficult.

In cases where the bat’s tail is short or isn’t present, the bat has to fall from a branch and then fly. Not much of a deal-breaker.