Beauty and Surprises abound in the animal species that fill us with awe.

Tiger is one iconic beast in the animal kingdom that always leaves us awestruck.

This ferocious cat is rarely ever challenged by any other animal, even if that animal is bigger.

A tiger is sometimes called the king of the jungle and why not, its strength and wrath of its nature surpass all others.

Humans especially can only challenge a tiger by wit and never by strength.

One can say that the tiger is one of the ferocious animals in the animal species.

How strong is a tiger compared to a human?

Tigers are certainly stronger than humans. Their sturdy legs, razor-sharp teeth, and muscular body certainly provide them with a lot of strength. Compared to a human, a tiger is as strong as at least five adults combined. 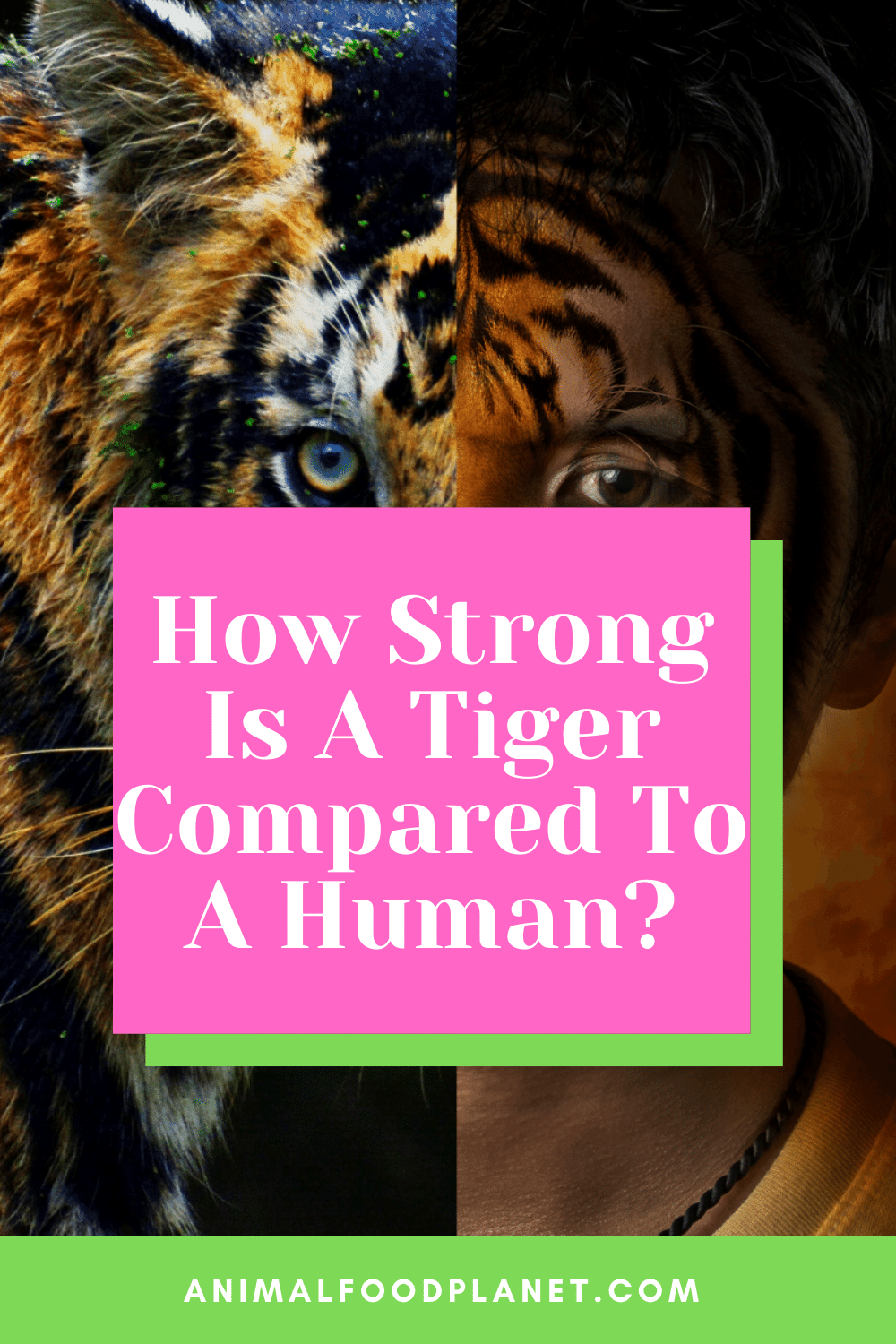 How Strong Is A Tiger Compared To A Human?

How strong are tigers?

A normal tiger is roughly estimated to weigh around 600 lbs. in terms of body mass, you can say that the weight of six humans equals the weight of a single tiger.

A tiger is a natural carnivore, meaning that it thrives off raw meat. Tearing and chewing meat is no small task and a tiger is well equipped to do that.

Tigers have six times the biting strength of humans. If I talk about the physical strength of a tiger, it is unmatched.

A tiger can easily drag a 770 kg guar bull for a long distance. On the other hand, if compared with humans, 13 men are unable to move the same carcass even for one yard. 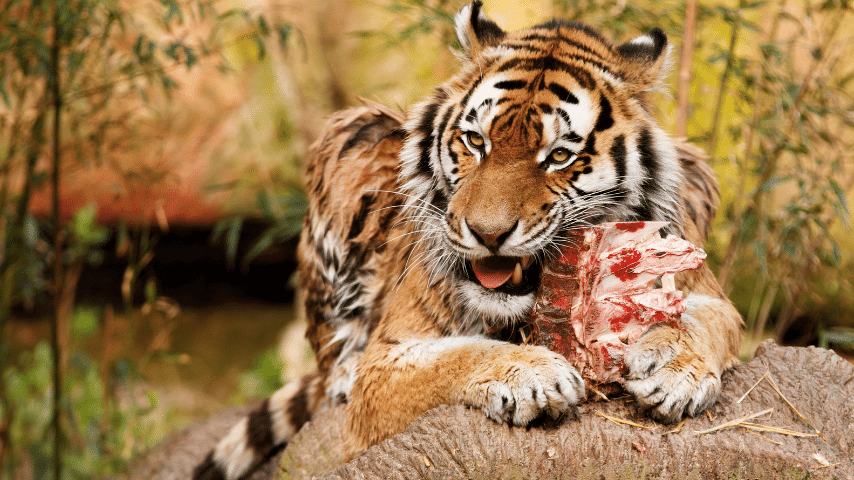 Tiger Is A Natural Carnivore, Meaning That It Thrives Off Raw Meat

Is it possible for a Human to Survive a Tiger Fight?

You can survive a fight with a tiger only if all the luck in the world is at your side.

Even then, the chances of winning unscathed are incredibly slim.

If you want to win against a tiger, the best tactic is to stay as far from a tiger as possible.

You’re very certainly dead once the beast decides to charge and engage in a fight.

Weapons such as firearms are about a person’s only real chance of surviving a fight with a tiger.

Hand-to-hand combat is very unlikely to end well for even the strongest of fighters.

The loud crack of any firearm is enough to scare a tiger away, though this might not always be effective. 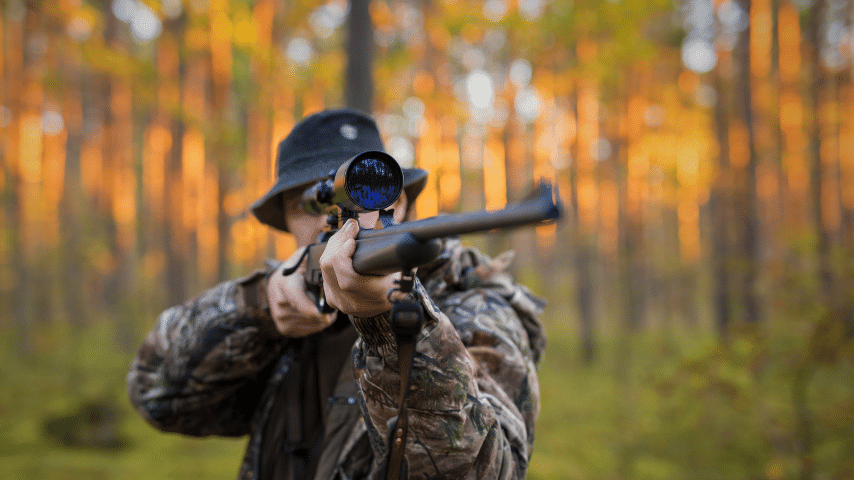 Spraying pepper spray directly on a tiger’s eye might work for some.

A tiger relies heavily on its superior vision, and if one is impaired, a tiger may have lost the upper hand.

However, even a single swat by a tiger could be fatal so you need to subject it to pepper spray from quite a distance. 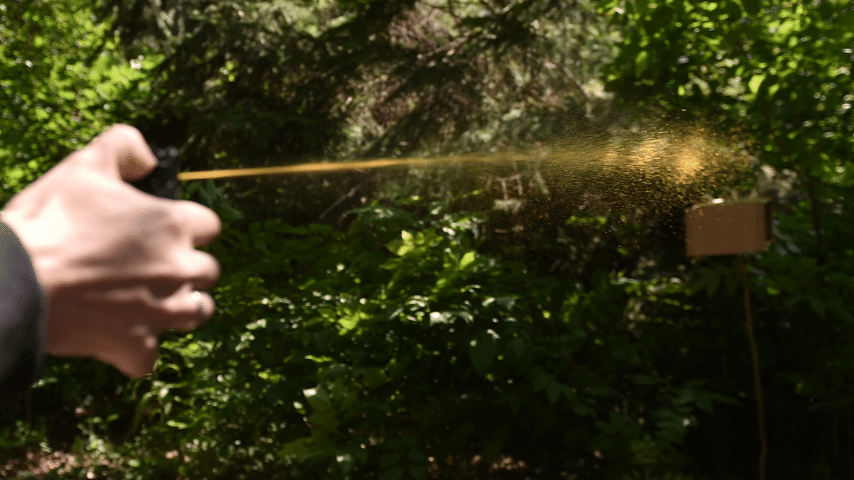 It has been observed that tigers can be frightened by loud noises, hence firecrackers may be an excellent way to win against a tiger.

The loud cracking noise of the firecracker sounds identical to guns being fired and tigers fleeing from the area. 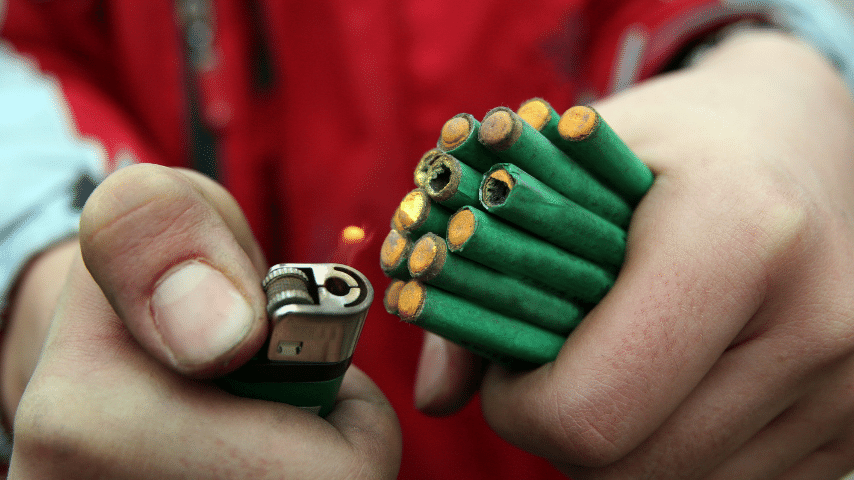 Tigers Can Be Frightened By Loud Noises, Hence Firecrackers May Be An Excellent Way To Win Against a Tiger

What drives a tiger to attack a human?

Most tigers do not favor humans as a source of nutrition. Tigers that are severely injured, old, or have lost their teeth are more inclined to consume human meat.

Moreover, a tiger may be inclined to prey on a human if it is physically unable to prey on larger herbivores which are its usual source of food.

It is desperation that usually drives them to become man-eaters.

Mother tigers may also attack humans to protect their children or if they fear that people are approaching their area with the intent of harming them.

There have also been allegations of “mistaken identity.”

This means that a tiger mistook people squatting or riding bicycles as danger or as prey and decided to attack. 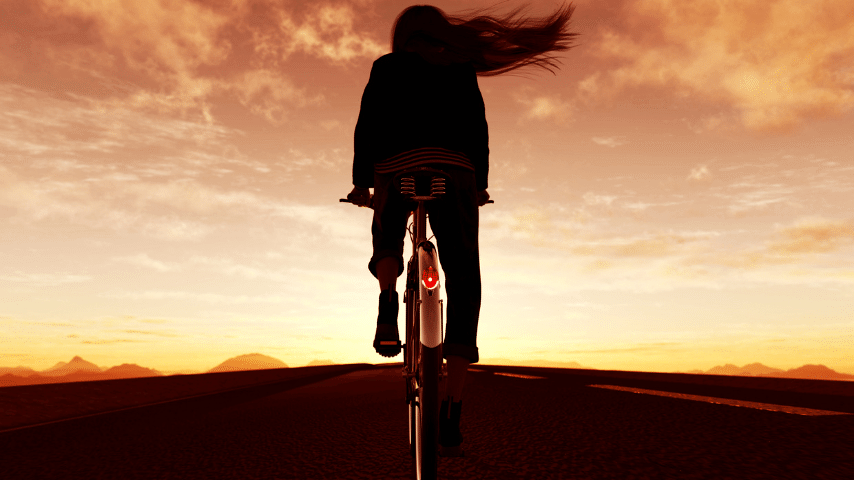 Can A Tiger Be Defeated By A Big Man?

This incidence is extremely rare, not exceeding 5%. An ordinary person has zero to no chance of survival when confronted by a fully mature, adult tiger.

These predators are natural hunters and are equipped with many adaptations which make them effective hunters.

Humans, obviously do not have the lifestyle of tigers nor their adaptations hence they don’t have much chance in a fight with a tiger.

Humans can only win against a tiger by using their superior intelligence. Tigers, no matter their strength, remain animals.

Intelligence is one thing that differentiates a human from an animal.

When used correctly, the human brain helps humans overcome the toughest of situations including facing a tiger. 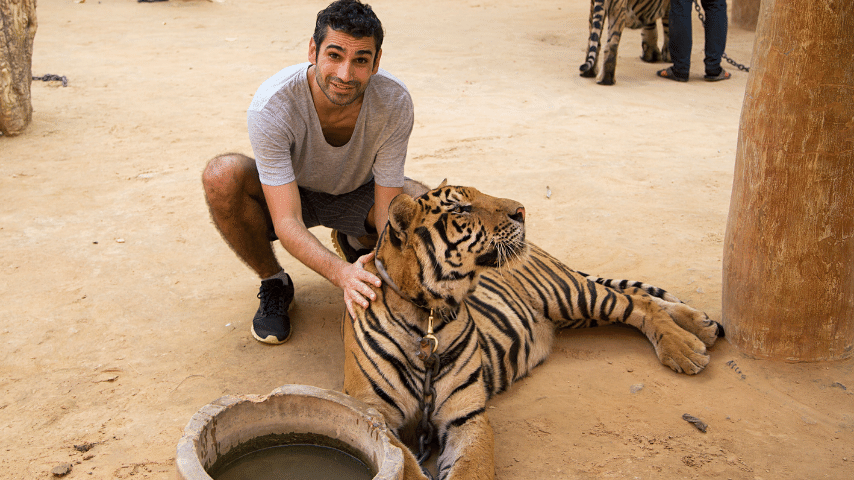 Ordinary Person Has Zero To no Chance Of Survival When Confronted By A Fully Mature, Adult Tiger

Frequently Asked Questions About How strong is a Tiger Compared to a Human?

How strong are the tiger’s jaws?

The biting power of a tiger is about 1,000 pounds per square inch, enabling it to kill its victim with a lethal bite.

The bite is usually aimed at the neck, an animal’s most sensitive portion. This biting power is strong enough to rip and shatter a bone.

How powerful are the tiger’s limbs?

Tigers’ legs are very powerful, having robust and durable bones that enable them to sustain their weight.

The rear legs of tigers are longer than the front ones, which helps them to jump up to 10 meters ahead.

How strong are tiger’s teeth?

Tigers are armed with 30 teeth. They possess the longest canines in the cat family. Their teeth range between 2.5 to 3.0 inches.

The canines have pressure-sensing nerves which allow the tiger to determine the perfect position to place its jaws and cut the victim’s neck.

Without a shadow of a doubt, tigers are the most formidable large cats that can be found anywhere in the world.

Even though jaguars have a more powerful bite, tigers are superior in overall strength because of their greater size and build.

This is mainly because of their greater size, strong jaw, and sturdy build. Consequently, an average human has very little chance of survival when pitted against an adult tiger.