Bats are tough to come in contact with for humans and predators alike. Even with advanced GPS, they’re super difficult to track.

When it comes to the question of what eats bats, the answer has more to do with what can catch bats, as opposed to what will actually decide to eat them.

Many animals will eat a bat if given a chance, but the problem is finding the bat! Because of this, bats have very few natural predators, but a few animals can successfully catch and eat bats.

Bats do have natural predators, including owls, hawks, snakes, weasels, minks, and raccoons! However, these predators are no match for disease. White-Nose Syndrome kills far many more bats than death by predators.

Bats spend much of their time roosting at the top of caves, crevices, and homes. They’re relatively quiet when mature, though a maternity roost of young bats can get loud at times.

The way bats live makes them naturally hard for many predators to find, let alone eat.

Eluding predators isn’t always successful for bats, however. Quite a few animals have figured out how to make a meal out of a bat, especially when they’re roosting. 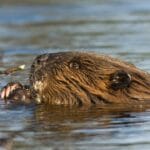 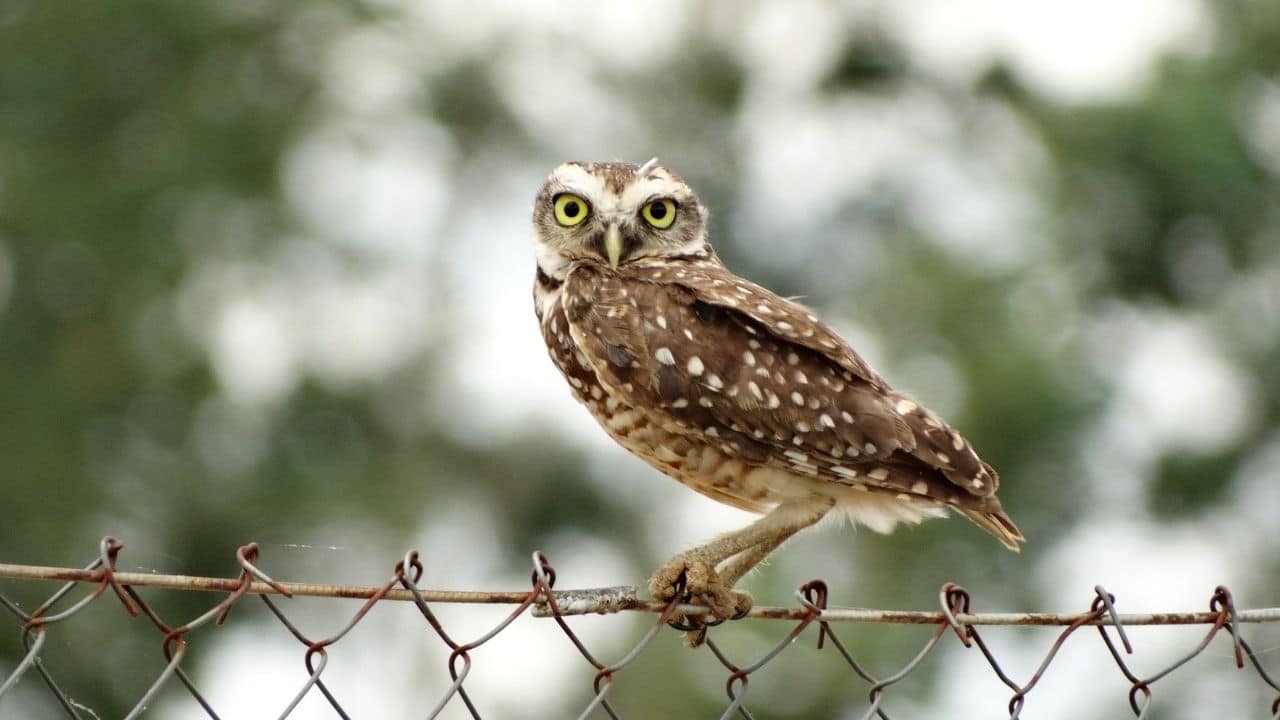 Owls are a match for bats since they’re both nocturnal hunters. Healthy bats hunt at night, and that schedule is the same for most species of owl.

You may have seen an owl out and about during the day, but that’s typically a rare occurrence. Owls prefer the nightlife, and due to their incredible eyesight, they have the ability to take out a bat hunting in the same area as them.

Bats hunt by using sound, but while their senses are heightened, sometimes it’s just not enough to dodge an owl. Bats are fast, so the much larger owl must strike at just the right time. 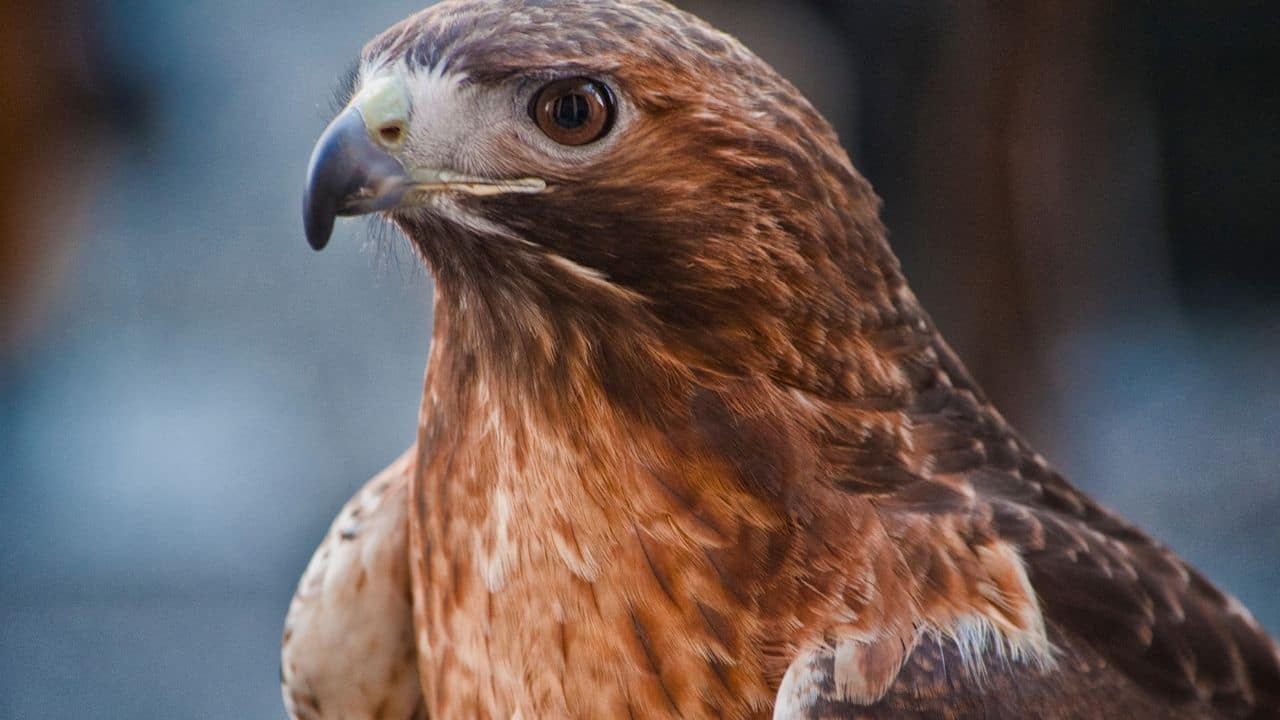 Hawks fancy eating bats, and even though they’ve got different hunting schedules (many hawks hunt during the day), they will track and kill the occasional bat.

Bats come out at dusk, and often, hawks are still out hunting at that time, especially during the summer months.

It’s more difficult for a hawk to catch a bat than for an owl, but it’s certainly not unheard of. Not to mention, hawks are quick and fly through the sky much higher than bats, who primarily dine on low-flying insects like mosquitoes. 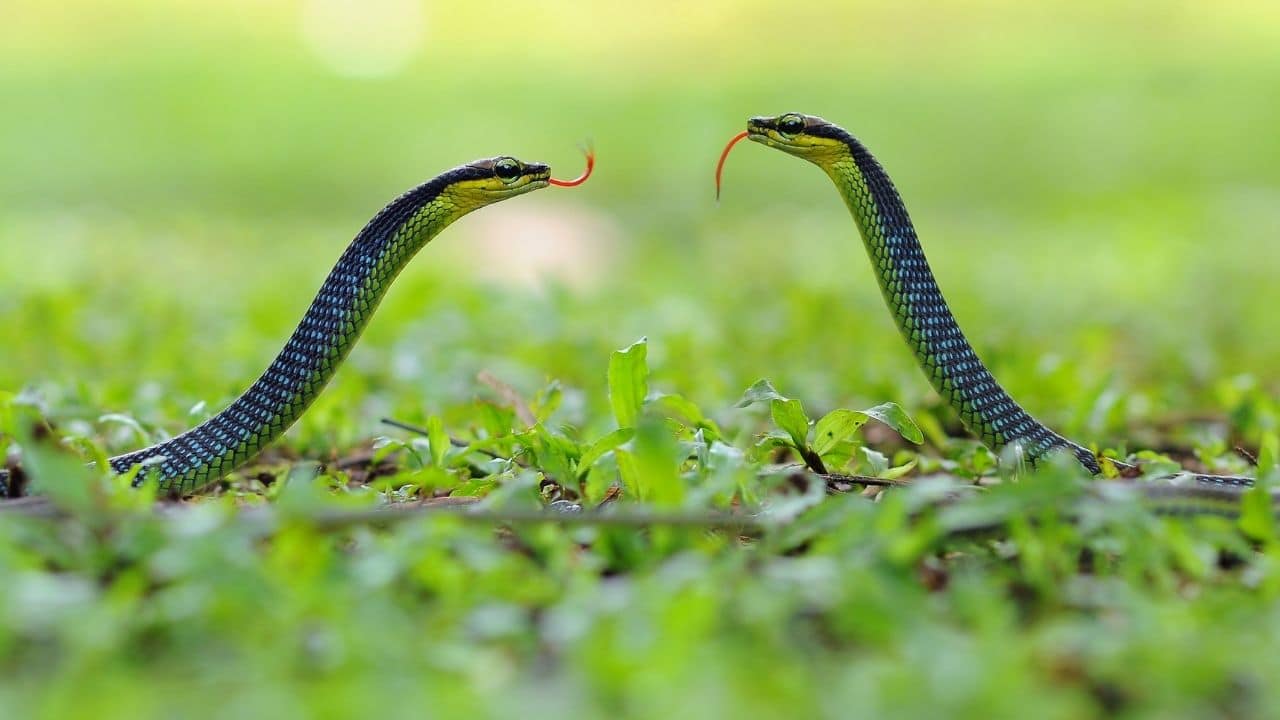 It might not seem like snakes can catch a bat. Bats fly, and snakes do not. Don’t be so quick to judge!

Many snakes, especially in warmer tropical areas, love to spend time in caves, and the way they can move their bodies allows them to get up high.

In many cases, snakes, primarily large ones, don’t have any issues grabbing bats straight out of the roost by slithering up cave walls.

Also, more giant snakes that sleep and live high up within the jungle treetops find many bat species to be easy to catch, as they often roost and rest in the same areas. 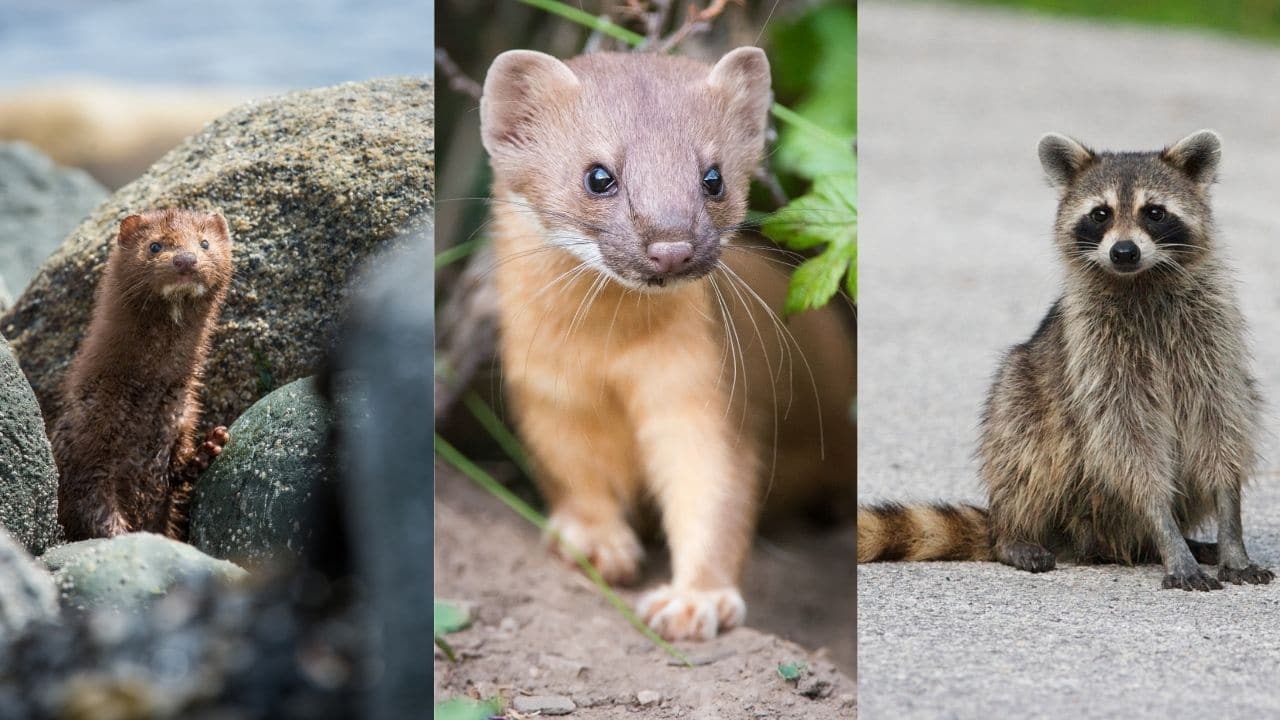 Mammals like minks, weasels, and raccoons have been known to eat bats. These animals have usually come across bats roosting, perhaps on accident or possibly through sniffing them out, so they know exactly where to find them.

A roost of bats could be relatively easy to sneak up on, depending on the stealth skills of the hunter. Raccoons love to grab bats right out of the roost, and the same is true of minks and weasels.

It might seem a bit unfair, but it’s the circle of life.

Smaller mammals like those I’ve just mentioned have also been known to wait outside the roost and pounce on bats when they come in and out.

In fact, many mammals might find this easier than sneaking up on the roost. If you disturb one bat, you’ll likely have a frenzy on your hands…or paws.

Though it seems an impossible task, many animals eat bats. These include hawks, owls, snakes, and small mammals.

How do predators catch bats?

Natural predators to bats catch them in various ways, including snatching them out of the sky, sneaking up on the roost, or pouncing on them when they exit and enter the nest. It’s not easy, but they can finish the job in a flourish!

How do bats elude predators?

Bats are naturally elusive. They’re small, they’re fast, and they blend in with their preferred dark surroundings. When they roost, they’re sleeping and resting, so they don’t make too much noise, though you’ll hear the occasional rustle and squeak.

Bats are pretty good at dodging the animals that can eat them, but they’re not great at avoiding disease. Sick bats can become an easy meal for any animal willing to eat them.

Many animals will eat bats, many more than we’ve mentioned here. However, it takes an exceptional and skilled predator to know where to find them and hunt them.

Read about what do bats eat themselves next.