What are Springtails? Oooh! 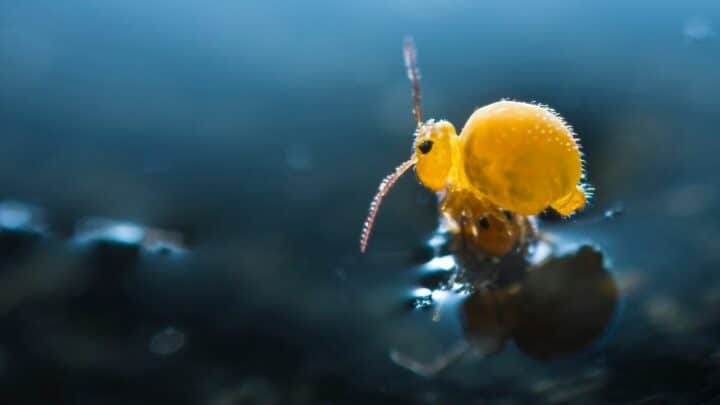 For creatures with such a cute name, springtails can be quite a nuisance, and there’s a fair chance that you may be sharing a space with them without even knowing it.

Although they are harmless and difficult to notice due to their small size, because of their chosen environments, they tend to multiply drastically and turn problematic without proper caution.

Springtails are a type of soft-bodied hexapod that live in moist conditions like lawn soil and compost heaps. They’re incredibly tiny and secretive, measuring in at roughly 0.04- 0.08 inches (1 to 2mm) long. Their name derives from their jumping capabilities, which they like to demonstrate when disturbed. They’re quite a nuisance when they grow in numbers despite not being harmful.

Someone once described springtails to me as jumping insects that aren’t fleas, and this is a description that makes a lot of sense.

Whereas fleas have flat sides, jump, and bite, springtails are rounder and don’t bite humans or animals at all. Given the springtail’s tiny stature, it’s almost impossible to inspect them, so this identification method works very well for me.

However, should you be able to get a clear view of a springtail, the following is what you’ll see.

As their hexapod moniker suggests, they have six legs, short antennae, and four or six segments comprising a small, squishy body. Usually, they are grey or off-white, but this can vary depending on which one of the 700 different species you are looking at.

A springtail’s ability to jump is a biological feature deriving from a body part known as a furculum, which most species, except underground dwellers, possess.

It is a type of forked tail-like structure that springtails keep tucked away until they need to move, in which case they extend it and use it to leap forward.

All springtails also have a tube-like appendage under their first abdominal segment known as a collophore, which is believed to assist them in taking in water. Springtails do not have wings.

Springtails are happiest in moist, humid environments, and more often than not, they live in compost heaps, leaf litter, soil, or anywhere where there is decaying matter for them to feed on.

Although they prefer humidity, they are also very cold hardy and will usually remain present even during winter.

In some cases, springtails venture from the garden and access homes by crawling through open doors, windows, or gaps in walls.

They usually perish from malnutrition or low humidity unless they find a lovely damp houseplant to reside in. Springtails are also attracted to swimming pools and are sometimes found floating on the water’s surface in droves.

A single backyard can unwittingly become home to millions of springtails, as they reproduce several times per year. In favorable temperatures, a small infestation can turn into an entire colony in a very short space of time.

Why Springtails are Considered Pests

Springtails are not harmful, as they do not hurt humans, animals, or property and do very little damage to plants. They do tend to manifest in large quantities, though, and swarms of jumping bugs can be less than convenient to have around.

Their presence becomes a particular bother if they have gained access to the inside of a home. To start, they can be mistaken for fleas, which is understandably annoying.

Secondly, the sheer volume of them can become incredibly distressing, especially inside a house.

They enjoy dampness and humidity, so if you have already noticed springtails in your garden, make sure to keep an eye on areas inside your home that they might thrive in, such as darker rooms and airs with high humidity.

They are particularly mobile after big rains or when they are exposed to prolonged dry spells. Regularly inspect your home for areas they may use as access points, particularly if their food sources, such as compost heaps, are close to your house.

Frequently Asked Questions about What Springtails are

How high can springtails jump?

Springtails can jump very far, up to 4 inches (10 centimeters) or one hundred times their body length. They achieve this by employing their furculums, which are unique structures under their abdomens that they use to vault themselves into the air when they are alarmed.

Can springtails cause humans harm?

Springtails are no threat to humans but are downright irritating when they inhabit a space in huge quantities. They do not fly and cannot bite, nor do they damage property. Studies have shown no physical harm caused to humans by these non-parasitic hexapods. Where possible, springtails will avoid human contact, too, as they do not like to be out in the open.

How can I prevent a springtail infestation in my home?

The best way to deter springtails is to deny them the opportunity to enter your home in the first place, if at all possible. Seal up any moist areas, treat and remove mold and dampness, and fill any cracks or holes in your walls. Springtails are very difficult to get rid of once they have settled into a home, so as always, prevention is the best cure.

It is believed that springtails have been around for millions of years and will probably be around for many, many more.

Although humans’ relationship with them is contentious, one must pause to think of how long they have gone about their business, causing little harm to anyone.

Most people may go for years, never realizing they are sharing a garden with these funny little pests, but for others, clouds of jumping bugs can become a severe issue very quickly. 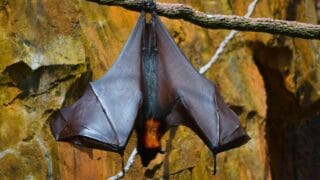 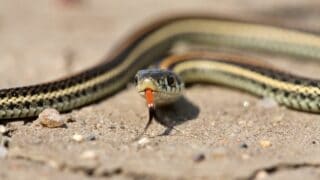 Next
What Do Baby Garter Snakes Eat? Oh!

How to Culture Springtails? Here's The Answer!

[…] Springtails are tiny jumping hexapods that can be beneficial in a garden or home for numerous reasons. […]