When Do Bats Have Babies? Ooh, Exciting! 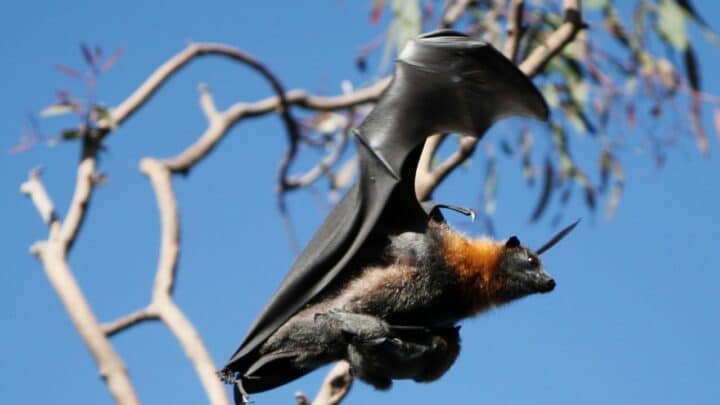 As strange and unique as bats may appear, their maternity cycles are similar to those of other mammals. Once per year, a female bat will give birth to a baby bat or pup.

These tiny creatures are entirely dependent on their moms for food, shelter, and care until they are grown up enough to survive on their own.

Although bats hibernate for extensive periods of the year, an upsurge of activity generally signifies the arrival of baby bat season.

When do bats have babies?

With the increase of warm temperatures towards the end of spring and in early summer, the bat birthing season begins. By April, bats are usually out of hibernation and become hungry and active. From late May and through June into early July, pregnant bats gather in safe, warm, and dry spaces, known as maternity colonies to give birth to their pups.

The maternity cycle of a bat begins with conception. Usually, around September and October, male bats will start to use mating calls to attract females.

Once a male bat has successfully lured in a lady bat, they mate on surfaces like crevices and rock faces or upside down. Bats are promiscuous little critters, mind you, and male bats can impregnate several females per season.

During the mating season, bats also focus on building up their fat reserves as much as possible in preparation for hibernation.

As temperatures start to drop, bats will move into hibernation roosts. In states of torpor or hibernation, they expend far less energy than during warmer months.

Their hibernation phases last all through winter and into the warmer spring months, ending only when it becomes warm enough for them to start hunting and feeding again.

Once temperatures rise, female bats start to identify suitable spots for maternity roosts. In these colonies, each bat gives birth to a single pup and twins on rare occasions.

During the bat birthing season, male bats roost in separate colonies or on their own.

Baby bats are utterly dependent on their mothers when they are born.

They suckle for milk and stay latched to their moms as they cannot fly and need to be taught all about their species’ complex survival systems.

Mom bats will carry their babies while hunting until they are old enough to stay by themselves.

At about six weeks, baby bats start to become independent and catch some food on their own. Once they can leave the roost, the colony will break up.

Shortly after this, mating season begins once again.

The duration of a bat pregnancy depends on the species of bat. The typical little brown bats we are accustomed to seeing around our homes have shorter pregnancies of around 9 to 12 weeks.

Though they mate in the fall, their bodies delay their ovulation cycles to only become pregnant in spring. Other species of bats, like vampire bats, can be pregnant for 5 to 7 months.

Either way, in relation to their size, these little mammals have exceptionally long pregnancy cycles. They also give birth to very big babies, usually about one-third of their mom’s body weight in size.

What a Bat Maternity Roost is

In winter, bats will gather together and form hibernation colonies to preserve heat.

Similarly, in late spring and early summer, pregnant bats join up in roosts to prepare for the birth of their young, and so they can assist one another in caring for them.

Many species of bats function as units in maternity colonies, taking turns caring for each other’s babies.

Maternity roosts usually occur close to abundant food sources, such as near fields and ponds. However, they also like to locate spaces where they can be out of sight of predators, safe, and warm.

When pups are born, they will remain with their mothers in the maternity roost until such a time they can fly and provide for themselves.

Frequently Asked Questions about When Bats Have Babies

Do bats give birth upside down?

Incredibly enough, some bats do indeed give birth upside down. This is accomplished when mom bats push their young from their wombs toward their feet. Once the pup is born, the mother bat must quickly grab her new baby in her wings and latch it to her body to avoid letting it fall.

How long do baby bats stay with their moms?

Baby bats stay with and suckle from their moms for at least 4 to 5 weeks after birth. After this, they start learning how to fly and care for themselves, and their moms will let them stay in the roost or settle on a nearby branch while she hunts. Pups remain in their maternity colony until they are entirely independent and can forage by themselves.

Bats are exceptionally sensitive and apprehensive during their maternity season, and for this reason, if they are frightened or disturbed, they sometimes abandon their young. If you are aware of the presence of bats during the maternity season, do your best to leave them be.

However, given that a female bat has only one pup per year, she must be given every opportunity to care for it, as many bat species are in crisis.

Educating oneself about the maternity cycles of bats is the best possible way to ensure minimal disturbances occur during the birthing season. 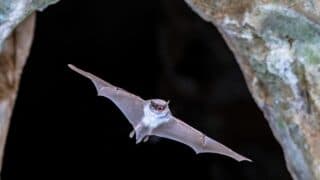 Previous
What Time Do Bats Leave and Return to the Roost? Ooh, I Know! 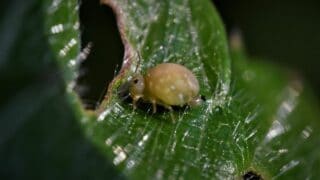 Next
What To Feed Springtails? Oh!