How Long Do Bats Live? Really? That Long? 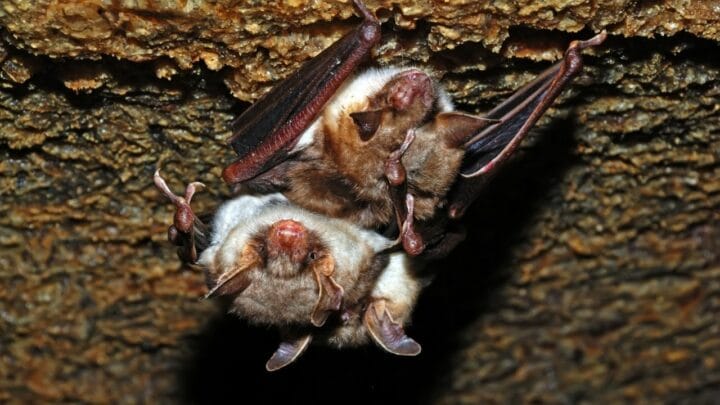 Bat (also called myosis) lifespans vary according to species. However, most bat species live to be about twenty years or less.

The world record for longest-lived bat is 41 years for a wild male Brandt’s bat that lived in Siberia.

Since bats usually live much longer than other creatures their size, scientists study them to find out just how they do it and see if they can find anything that can prolong human lifespans.

How Long Do Bats Live?

On average, a bat can live about twenty years. Bats that hibernate tend to live longer than those that don’t. The oldest bat documented was 41. Bats face many dangers, so being able to live out their full lifespan is difficult.

There are over 1400 bat species worldwide, so listing all of the species and their lifespans cannot be done here.

However, Bat Conservation International notes that there are 22 species known to live for more than 20 years and six species for more than 30, including the little brown bat, Brandt’s bat, the Indian flying fox, the greater horseshoe bat, and the Southern bent-wing bat.

Most species live for a comparatively mere twenty years or less. The most common bat species in North America include the little brown bat and the big brown bat, which can live up to 20 years.

Bats usually do not live to these extremes. Their lifespans are often cut short due to illness, habitat loss, lack of food, flying accidents such as colliding with wind turbines, or being eaten by predators such as cats and snakes.

People also kill bats for food and because they consider them pests.

The oldest known bat was a male Brandt’s bat, also called Brandt’s myosis, that lived in Siberia. He was first captured and banded in the early 1960s.

He was recaptured in 2004, so scientists speculate that the bat was at least 41 years old. After studying him, he was released back into the wild.

Just how long he lived after that is unknown. The same scientists a few years ago had discovered another old bat, estimated to be 38.

Researchers knew his age because he had been banded in his youth. He lived in New York.

Another old bat was 34-year-old Statler, a captive Indian flying fox that became a viral hit when a video of him doing flying exercises hit the Internet in February of 2021 when he was 33.

He lived in Bat World Sanctuary in Texas. Too arthritic to fly properly, caretakers held his body and walked him around as he flapped his wings.

He died peacefully sleeping in the arms of his caretaker.

Although flying foxes are the largest bat species, with a wingspan of a few feet, generally bats are small animals. Usually, any animal their size has a short lifespan.

Mice live only two or three years, while mouse-sized bats live anywhere from five to 41 years. Just why bats live so long is a scientific puzzle.

Usually, the smaller the animal, the higher its metabolism, which means it ages faster. Bats just do not seem to have as fast a metabolism.

Scientists have been studying the genes and habits of bats from many species to find out how they slow down aging and how they can stay active during their old age.

Hibernating bats tend to live longer than bats that do not hibernate. The oldest bats known have all been males.

Males tend to hibernate longer than females in species like Brandt’s.

Cells taken from Brandt’s bats are able to endure exposure to ultraviolet radiation, gamma radiation, and hydrogen peroxide far more than the cells from mice. Just how the cells are able to do this is unclear.

A 2018 study looked at the cells of four bat species, including those of the longest-lived bats, to find out why bats live for so long.

Three-millimeter biopsies were taken from captured wild bats, frozen in liquid nitrogen to keep them fresh, and taken to a lab for work.

Researchers found something interesting on bat chromosomes. Chromosomes have structures at the ends called telomeres.

They help prevent a chromosome from breaking down. As a creature age, telomeres break down. Bat telomeres take much longer to break down or become damaged with age.

Greater horseshoe bats and Southern bent-wing bats had their telomeres break down, although at a much longer rate than for other mammals of their size.

The two longest-lived species did not suffer any telomere breakdown. Just how the bats are able to preserve their telomeres for so long still needs to be found out.

What is the Oldest Bat that Ever Lived?

How Long Do Bats Live in Captivity?

Bats generally live longer in captivity than they do in the wild since they face fewer dangers. For example, vampire bats live up to twenty years in captivity, but only about six years in the wild. However, the oldest bat on record was a wild bat.

Why Do Bats Live So Long?

Scientists are trying to find out why bats live so long. Hibernating bats live longer than those that do not hibernate, so being able to hibernate may contribute to bat longevity. Being able to fly at night also makes them more elusive from predators.

Bats live anywhere from five to 41 years old, depending on their species. Bats that hibernate live longer than those that don’t.

Bats are known to outlive other animals of the same size. Scientists are studying bats to find out why they live so long.

Most bats live short lives since they face many dangers. 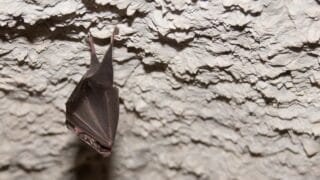 Previous
How and Where do Bats Sleep? Let Us See! 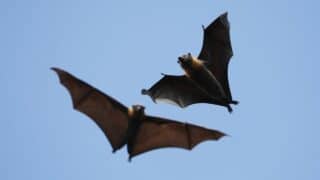 Next
How Do Bats Fly? Ooh!

[…] Bats hibernate from late fall into the early spring, and while they may seek out a cave or a tree, they can become pretty creative when they need to improvise in finding the ideal place to stay warm through the winter months. […]

[…] of us saw bats swishing past as evening falls. These mystical mammals are fascinating to behold and are unique in […]