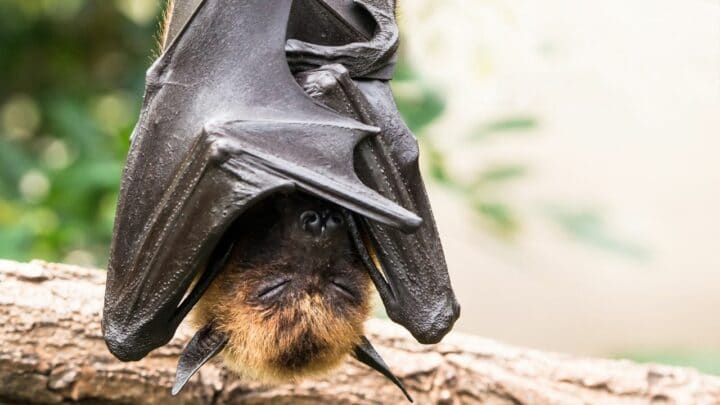 Bats are interesting creatures that have fascinated humans for hundreds of years.

There is no other animal quite like them, which is likely why they have long been the study of scientists and fiction-writers alike.

Personally, I have many questions about bats‘ weird and wonderful habits, but first and foremost, about their upside-down sleeping stance.

Why do bats sleep upside down?

The main reason why bats sleep upside down is because they struggle to take off from the ground, and so by sleeping upside down, they can quite literally drop from slumber into flight mode. Also, because of their muscular make-up, gravity does all the work to keep them hanging while they sleep, exerting none of their energy and allowing them to rest.

How Bats Differ from Other Flying Animals

Bats are the only mammals in existence that can fly. Some other small, furry mammals can glide for short distances, but that is significantly different from true flight, which is what we refer to when we look at the abilities of bats.

To start, the flying capabilities of bats are vastly different from the flight of birds. Whereas birds have strong wings and hollow bones, bats have comparatively weak wings and sturdier bone structures.

The ability of birds to take off directly from the ground is due to their powerful wings and weight to lift-ability ratio. This weight ratio is distributed differently in bats, with their bodies (not their wings) comprising most of their mass.

That is not to say that bats cannot take off from the ground, but just that it is very difficult for them. Therefore, they have adapted to this struggle by hanging and sleeping upside down, which allows them to drop straight into flying gear.

Mind you, once they are flying, they fare just as well, if not better, than a lot of birds do.

By sleeping upside down, bats are always prepared to move quickly, for whatever reason they may need to. They simply need to drop and start flying.

Over hundreds of years, they have adapted to roosting in spots where they are out of sight of predators, giving them a much-needed survival advantage.

How Bats Hang Upside Down

Bats have peculiar bone structures. Their back legs and talons bend opposite to most mammals, with their ‘knees’ pointing outward and away from them.

Because of this, they cannot perch on branches and other surfaces like birds, as they would be unable to balance for prolonged periods and definitely not while asleep. They can, however, use their talons to crawl to appropriate hanging spots.

Concerning their muscle structures, their tendons and toes relax and lock when bats hang, keeping them attached to a branch or the like. Envision it as their tendons pulling their tiny toes closed to prevent them from falling in their sleep.

The most beneficial aspect of this tremendous evolutionary feat is that, when upside down, they exert almost no energy, which allows them to enter a state of rest. Bats spend much of their time in this position, whether alert or asleep.

When they wake up and want to take off in flight, they need only release these tendons and let go of their perches. As they work with gravity rather than against it, it is spectacularly easy for them to move into full-on flight mode.

When hanging, their hands are also free to grab prey that may be passing by.

When we as humans hang upside down, our blood rushes to our heads, causing us to feel ill and disorientated.

If like me, you’ve wondered why this doesn’t happen to bats, the answer is quite simple. Bats aren’t very big, and their hearts can pump their blood throughout their bodies efficiently enough to prevent it from pooling in one place.

Frequently Asked Questions about Why Bats Sleep Upside Down

How do bats use the bathroom when they’re upside down?

This question has an interesting answer. When upside down, bats poop as usual, but due to the small size of their emittances, they simply let them fall downwards to the ground. When it comes to peeing, however, they just don’t do that when hanging upside down. Instead, they wait until they are flying again.

Bats are afraid of humans, and if anything, will do their level best to get away from them. They may swoop around in the presence of humans, but it will be to catch their own prey, like tiny insects, or because they are aiming for something specific, like hanging fruit.

How much time do bats spend asleep?

On average, bats sleep for between 18 and 20 hours per day. They’re most active during dusk to dawn when they will go out to search for food and water. Generally, they will begin their nightly hunts by searching for food for an hour or two, rest, and resume their search shortly before daybreak.

Bats are true marvels of evolutionary adaptation and are unlike any other mammals on the planet.

While they may get a bad rap because they can be a little creepy, they are also very beneficial for the environment.

Bats contribute to biodiversity, and in this way, support ecosystems all over the world. Even better, they eat mosquitos. 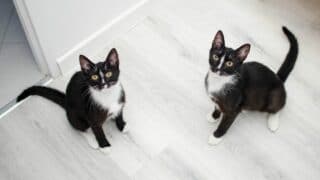 Previous
How Many Bones Do Cats Have? Wow! Now I Know! 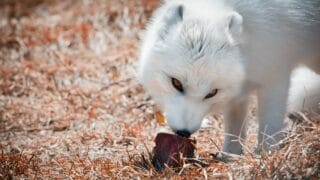 Next
What Do the Arctic Foxes Eat? Really?

How and Where do Bats Sleep? Let Us See! [for approval- writer access]

[…] Bats have had a lot of mainstream media attention. From bizarre movies to in-depth documentaries, bats are a huge part of our culture, especially when it comes to Halloween stories and folklore. […]