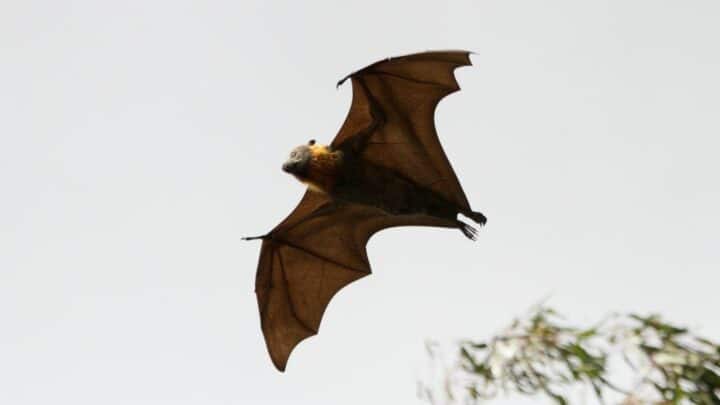 Bats in the Northern Hemisphere face a major problem in the winter – lack of food. In order to survive this time of famine, bats hibernate during the winter months or migrate to warmer places.

A few species like hoary bats do both. Whether they migrate or hibernate, bats are vulnerable to dying at this time.

Bats wake up or fly back to their summer homes in the early spring, around March.

What Do Bats Do in the Winter?

When it gets cold, there are no insects, pollen, nectar, or fruit for bats to eat. Bats that live in areas that get cold winters need to migrate to warmer places or hibernate to survive. They may hibernate alone or in groups. Migrating bats can fly up to 325 miles to find a winter home. Most bat species in North America hibernate.

Many bat species hibernate for up to six months. They find a place to hibernate, called hibernacula, that’s quiet and cool but not too cold.

These places are often trees, abandoned mines, caves, attics, crawl spaces, in between walls, clock towers, and top areas of buildings that people do not go into much.

The saying “bats in the belfry” partially originated because church belfries made great places for bats to roost.

In order to survive for so long without food or without much body fat, bats have to slow down their metabolism in a deep sleep.

According to the National Park Service, bats lower their heart rate to a mere ten beats a minute. A bat’s normal heart rate is 200 to 300 beats per minute.

Bats in hibernation may go many minutes without needing to breathe.

Bats also go into hibernation mode, or torpor, when there’s an extreme cold snap outside of the winter months. They find a good roosting area and slow down their metabolism.

They wake up when the temperature gets warmer. They also wake up in extreme situations, such as an intruder coming into their hibernacula. This puts them in danger.

The two biggest dangers for hibernating bats are intruders inside their hibernacula or white-nose syndrome.

Bats have very little body fat. They mainly survive hibernation by slowing their metabolism down.

If they are disturbed, they fly off. This burns up what little body fat they have. They can then die of starvation.

Another danger comes from bats that live in large groups or colonies. It’s a disease called white-nose syndrome.

This is a fungus that usually clusters on the bat’s nose. The fungus wakes the bat up from hibernation, causing it to fly around, even in bright daylight. They soon die of starvation.

The disease was first discovered in North America in 2007. Very little is known about it.

The white-nose syndrome has been found in Asian and European bats, but it does not kill them. North American bats seem to have no resistance to this.

What is known is that when it gets into a colony, it can wipe most of it out.

Hibernating Bats in Your Home

If you find hibernating bats in your home and it’s nearly the end of winter, it’s best to just leave them alone. They will fly away when the temperature gets warmer.

After they are gone, check your home for cracks, pipes, or any way the bat got in. Fill in those cracks and place wire mesh over any openings.

Bats do make noises when hibernating. They wake up occasionally to shift position or move around to find a more comfortable spot.

They may cause some damage. Unfortunately, bats can have rabies. Not all bats will.

Penn State Extension recommends this process to remove bats when the weather is warmer:

If it’s in the middle of winter, consider moving the bats so they do not pose a health risk to your family or pets. Call a wildlife rehabilitator so the bats can survive being removed.

In order to find a wildlife rehabilitator, contact your vet, local animal shelter, or your local university’s agricultural department.

Some species in North America migrate. One such species is the Mexican free-tailed bat, that crosses the border to roost in Carlsbad Caverns in New Mexico, which migrates in their thousands.

Some bats fly over 100 miles to their summer grounds. Gray bats fly 325 miles, but most migratory bat species only fly 100 miles.

The hoary bat both migrates and hibernates. Most of the species hibernate in Mexico, but some populations in Nevada and Oregon hibernate.

Oddly enough, the hibernating bats are males and the female bats migrate. Just why these male bats hibernate is unknown.

Migrating bats face many dangers. Young bats often die of exhaustion during their first migration. Bats also die when they fly into the blades of wind turbines.

Another problem is of their roosts are destroyed by people. Some species prefer to roost in trees and if the trees are gone, there is no place for the bats to rest.

Frequently Asked Questions about What Do Bats Do in the Winter

What Months Do Bats Come Out?

In North America, hibernating bats resume regular activity when temperatures are warm enough for food to be plentiful. This is usually around March. Migratory bats come back to their summer homes anywhere from March to May.

When Do Bats Go into Hibernation?

Bats begin hibernation when the temperatures start to drop and they have trouble finding food. They usually hibernate around September or October. Some bat species migrate to warmer areas rather than hibernate.

Do Bats Spend Winters in Caves?

Many species of bats do like to hibernate in caves but will adapt to any place where they can find a quiet, safe spot to roost. The place needs to be cool but not freezing cold. Good hibernating areas can be inside trees, crevices in rocks, abandoned mines, and attics.

Depending on a bat’s species, it will either hibernate or migrate to warmer climates to spend the winter months. Some species do a bit of both.

It’s important that hibernating bats not be disturbed, or they may die by using up their fat reserves. 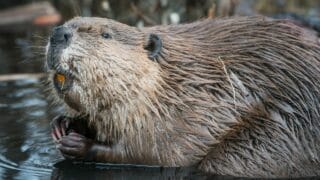 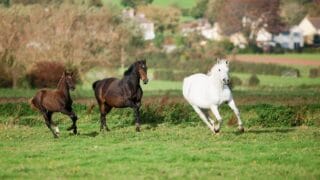 Next
How Fast Can Horses Run? Ooh, So Fast!