Which Animals Can Take Down A Hippo? Hippos are fierce predators that not many animals can mess with and that lived all across our planet several 100’000s of years ago.

Did you know that hippos roamed the UK some 750’000 years ago according to the BBC?

No animal is immune to surviving a fight in the wild. Every animal meets their match at some point in its life.

The hippopotamus is known as the most feared animal in Africa. Most animals avoid the hippo at all costs.

Even the few possible hippo enemies who could take a hippo down will avoid the nasty attitude of the great hippo.

The following animals are a select few that can take a hippo down.

Circumstances and the environment must be right before any of these animals consider attacking a hippo.

Which Animals Can Take Down A Hippo?

A select few animals could take a hippo down in the correct environment and situation like lions, hyenas, crocodiles, rhinos, and humans. Hippopotamus are massive animals. Not too many animals dare get into a fight with a hippo. 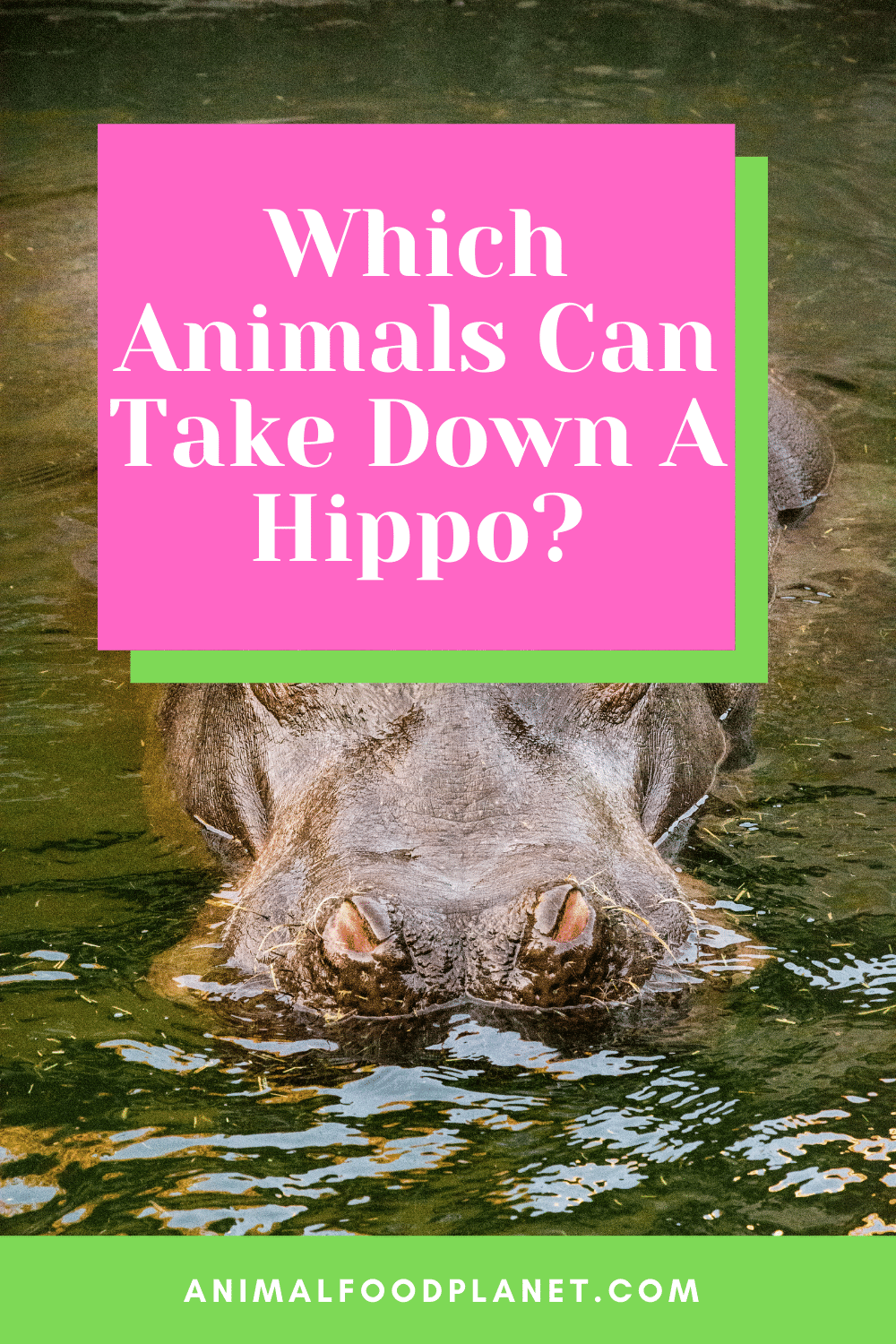 Which Animals Can Take Down A Hippo

Characteristics of the Hippo Make It A Nearly Impossible Prey

The following are the characteristics of the great hippo. 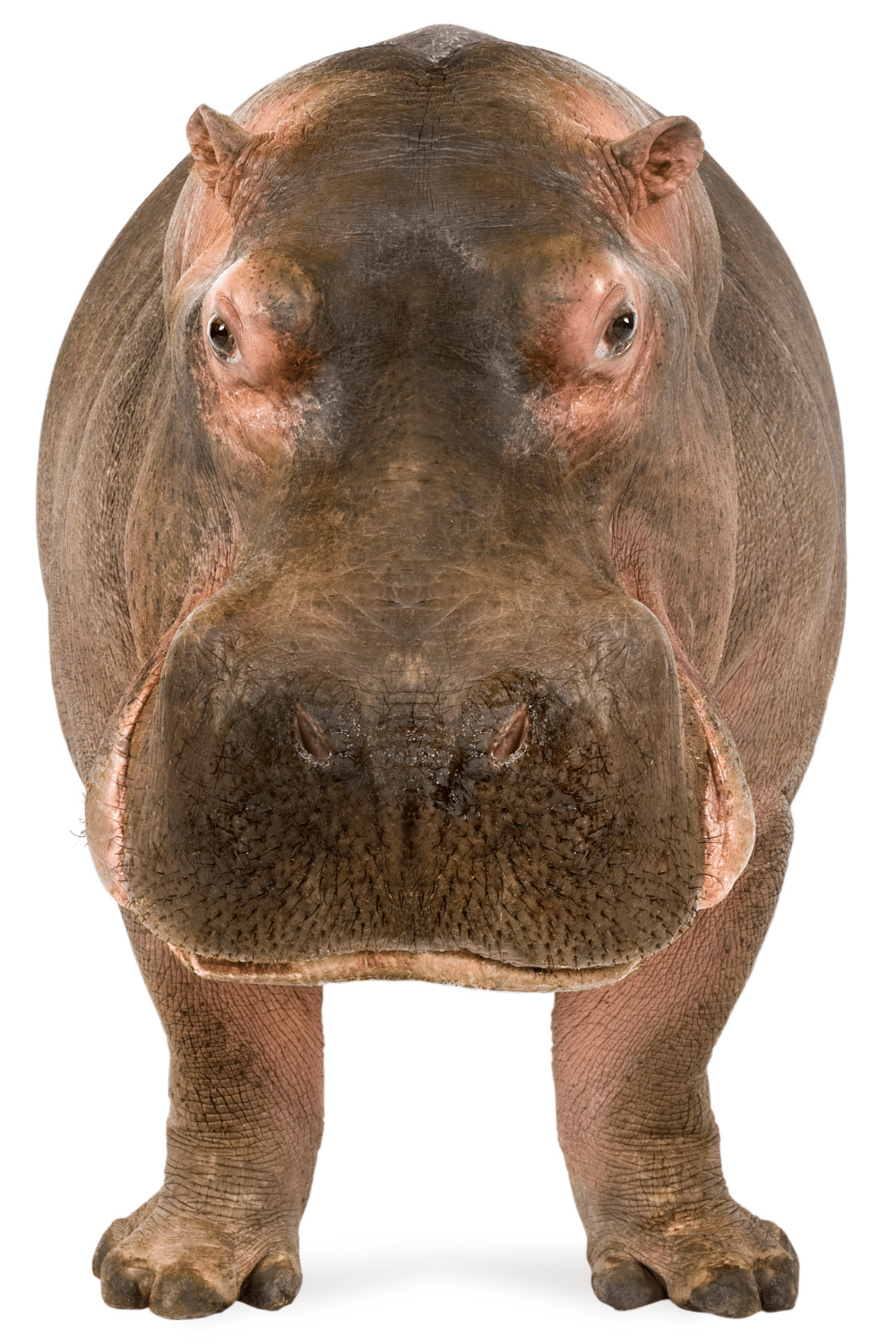 There are other factors to take down a hippo. The environment plays a big part in all of these five animals winning a fight with the mighty hippo.

Dangerous predators who can win a fight with a hippo lie in wait for the right time to attack the hippo.

It makes a difference if the hippo fights in the water or on land. The predators who can take a hippo down avoid confrontation with a hippo in the water.

Most all predators steer clear of the hippo due to its size.

Neither one of these animals except a human would initiate bringing a hippo down without good reason — it’s the last thing they want to do.

The elephant is a mammoth animal and uses its weight against the massive hippo. The elephant uses its dangerous tusks as weapons during a fight.

A hippo or an elephant shies away from a fight, but it’s the hippo that is most likely to lose the battle. The elephant is expected to win because it is bigger and stronger than the hippo. 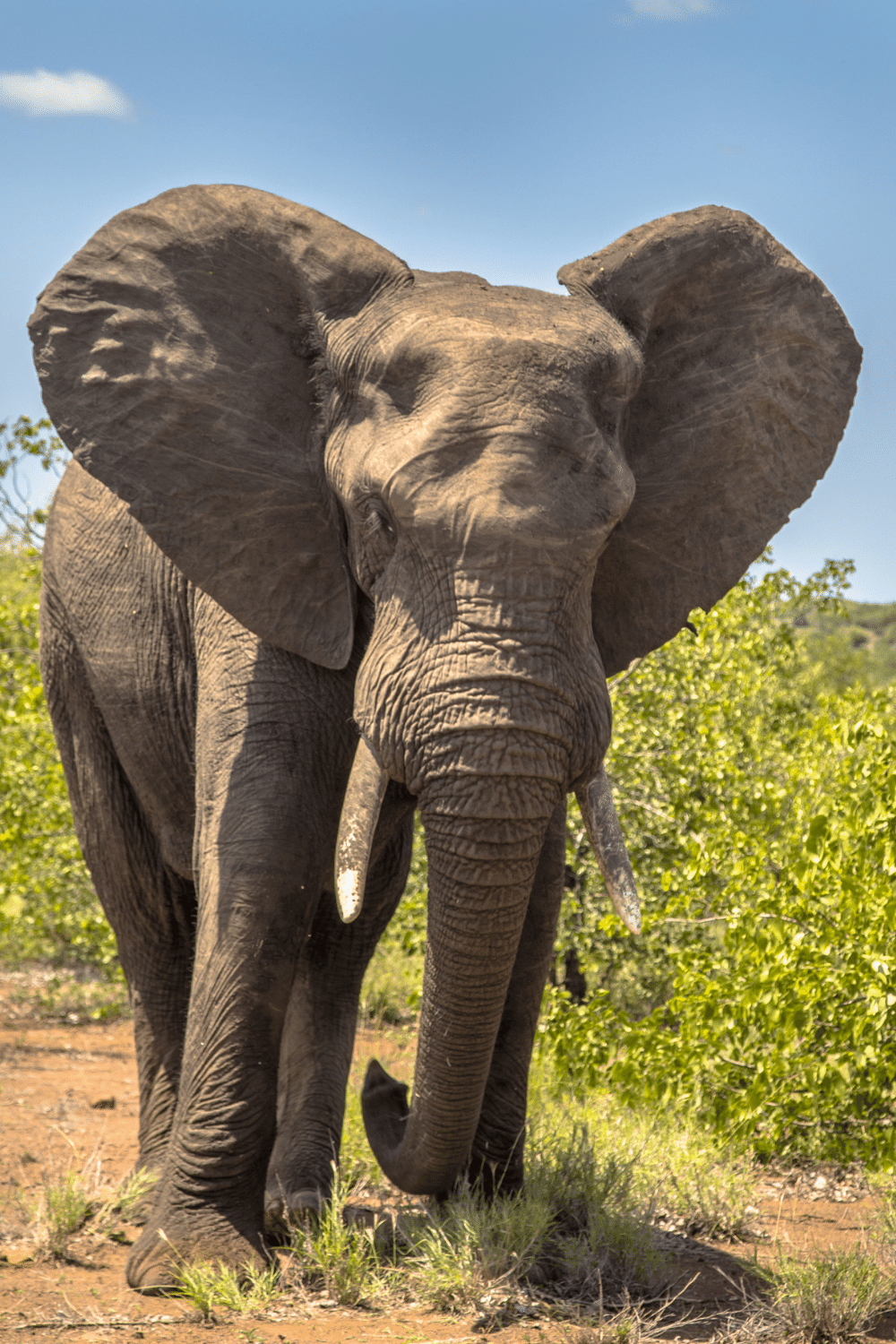 One of the largest predators that a hippo encounter is humans. Humans are relentless and greedy poachers.

Humans are cunning and can outsmart a hippo. A human cannot outswim or outrun a hippo.

The International Union for Conservation of Nature claims that humans have poached so many hippos that only about 25,000 hippos are now left.

Humans hunt hippos for the ivory and meat trade. Poachers frequently break the laws when it comes to hunting and killing hippos.

A human can and does hide in treetops next to the hippo’s pathway. A human can take a hippo down by sending a weapon flying towards the hippo’s eyes or throat.

The weapon must hit the hippo’s throat in the right place to puncture the hippo’s lungs. The hippo would bleed out and die. 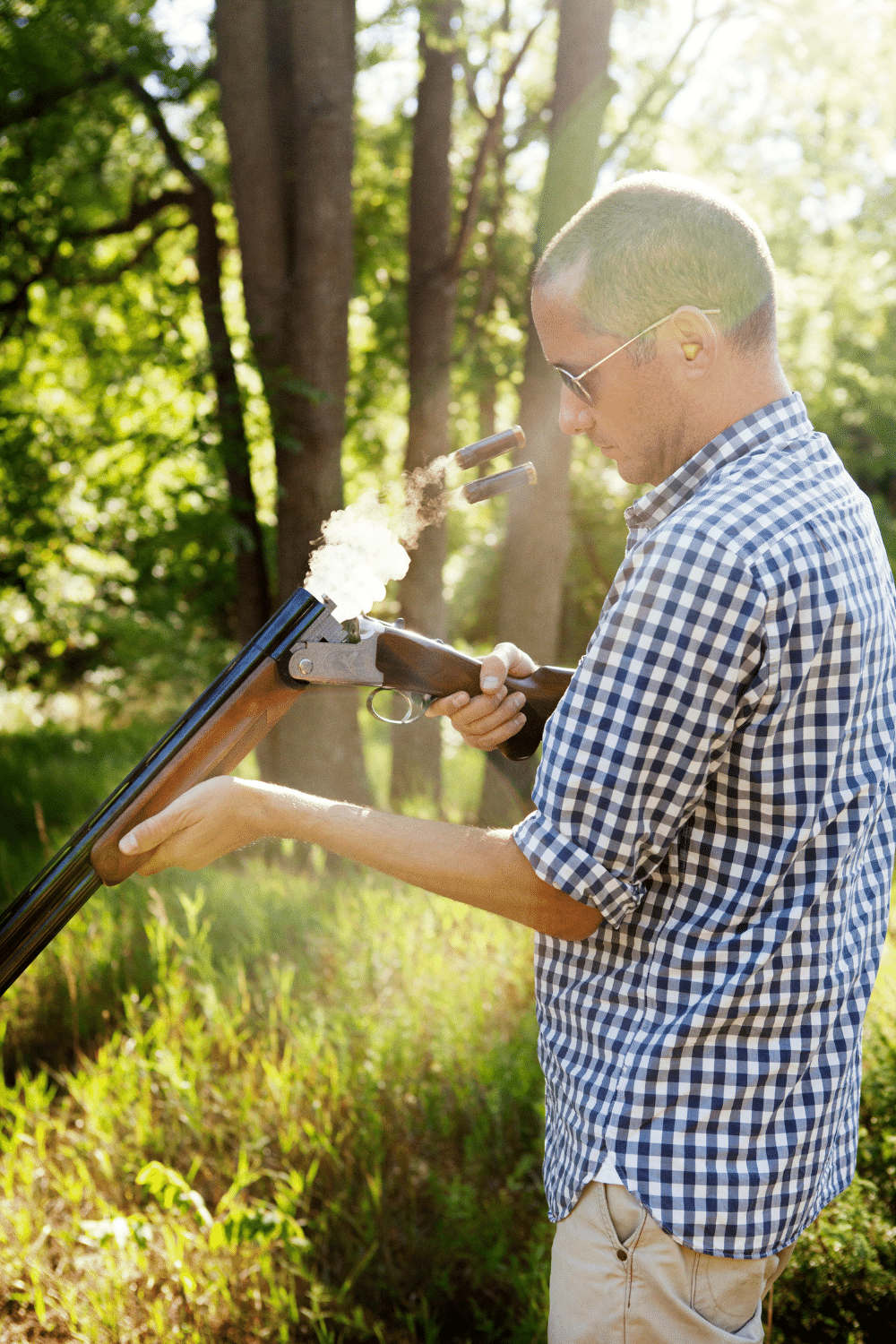 Lions are skilled and experienced hunters of big animals. Lions are intelligent animals and try to avoid hunting the great hippo single-handedly.

A lion would not risk injury to itself by attacking a hippo. A lion turns for help from its herd to take down an adult hippo.

One lion would rarely attack an adult hippo. A lion would more than likely attack smaller hippos. A lion is no match for a hippo.

A group of lions plans its attack. Lions hide and wait for the right time to attack. A lion never enters the water to attack a hippo.

The lions can drag the hippo down. Lions then attack the hippo’s most vulnerable areas in the neck. 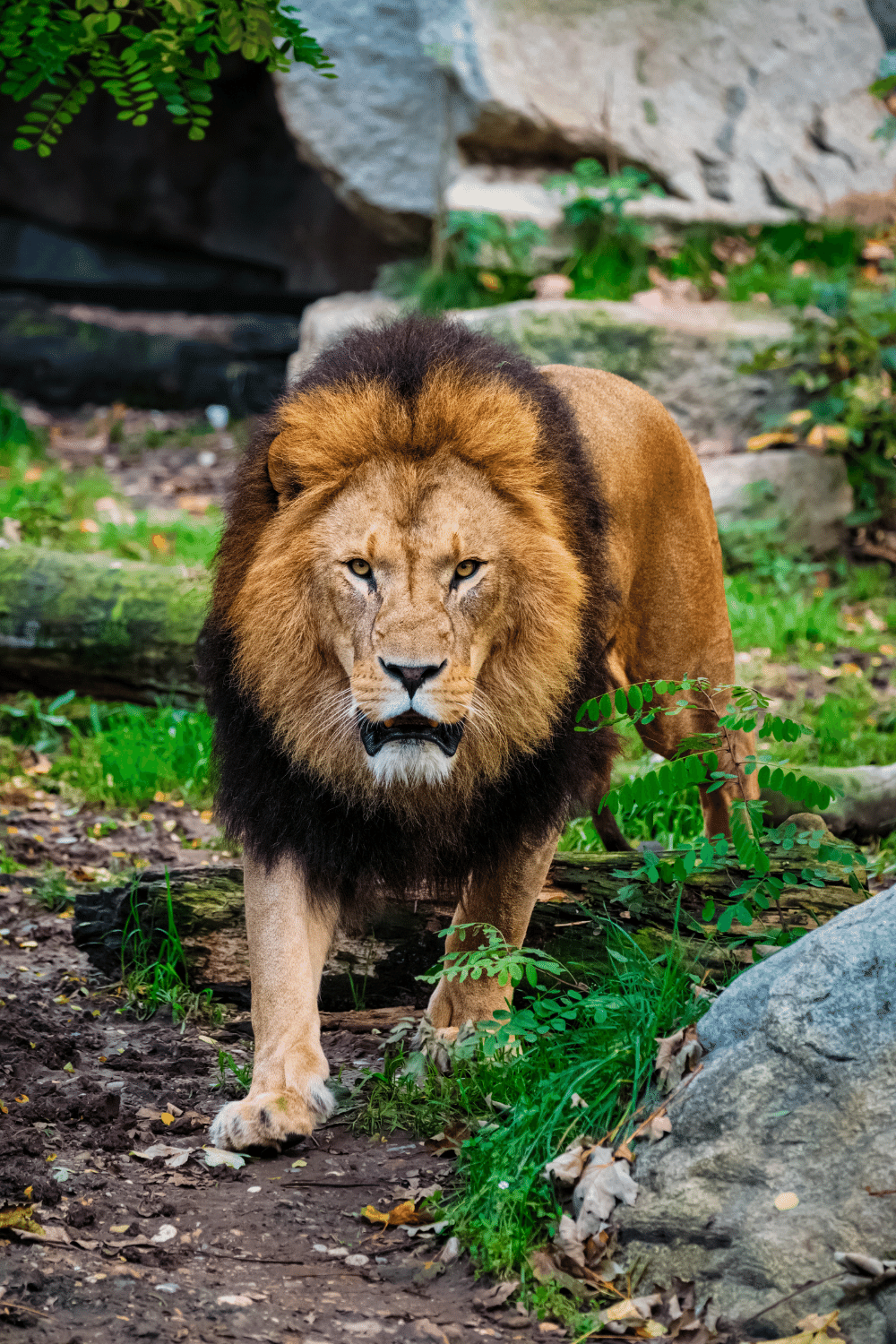 The hyena is small in stature, but never underestimate its cunningness and power.

Its power is at the top of the list of the most influential and dangerous animals in the wild. The hyena’s hunting skills are excellent.

Few animals in the wild can compare the hyena’s skills. The hyena frequently avoids adult hippos.

Baby hippos are always under the protection of the mother hippo. The hyena avoids attacking unless the baby wanders from the mother.

The hyena takes the opportunity to kill a small hippo when the time is right. Hyenas hunt in groups of 15 to 20, and it’s possible for them to topple over an adult hippo.

The group uses powerful bites to kill the hippo. One hyena cannot overtake the massive hippo. 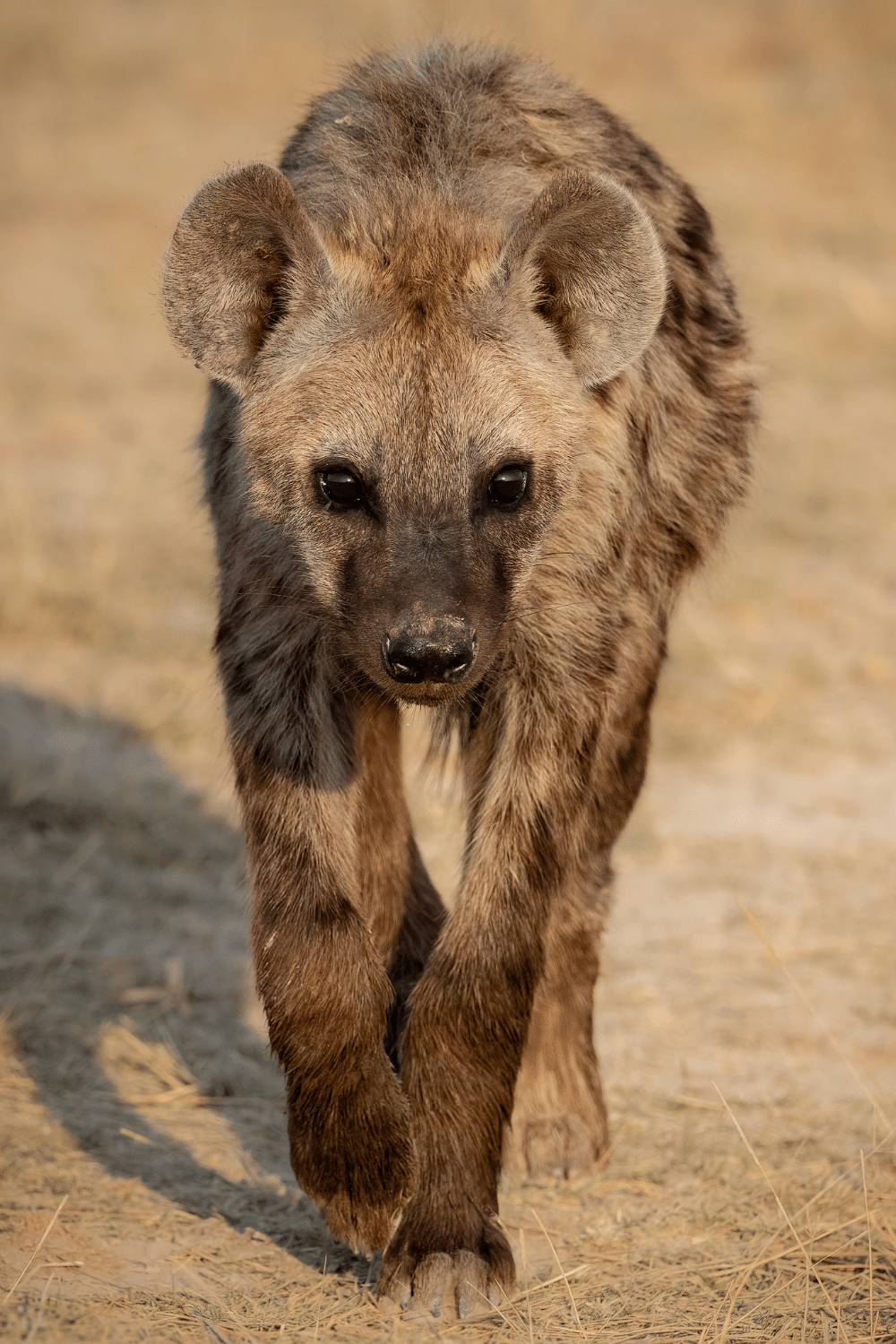 Crocodiles are another of earth’s most deadly and skillful hunters. They’re too smart to know not to take on an adult hippo.

A crocodile would never win a fight with a hippo. They can attack and take down juvenile hippos. 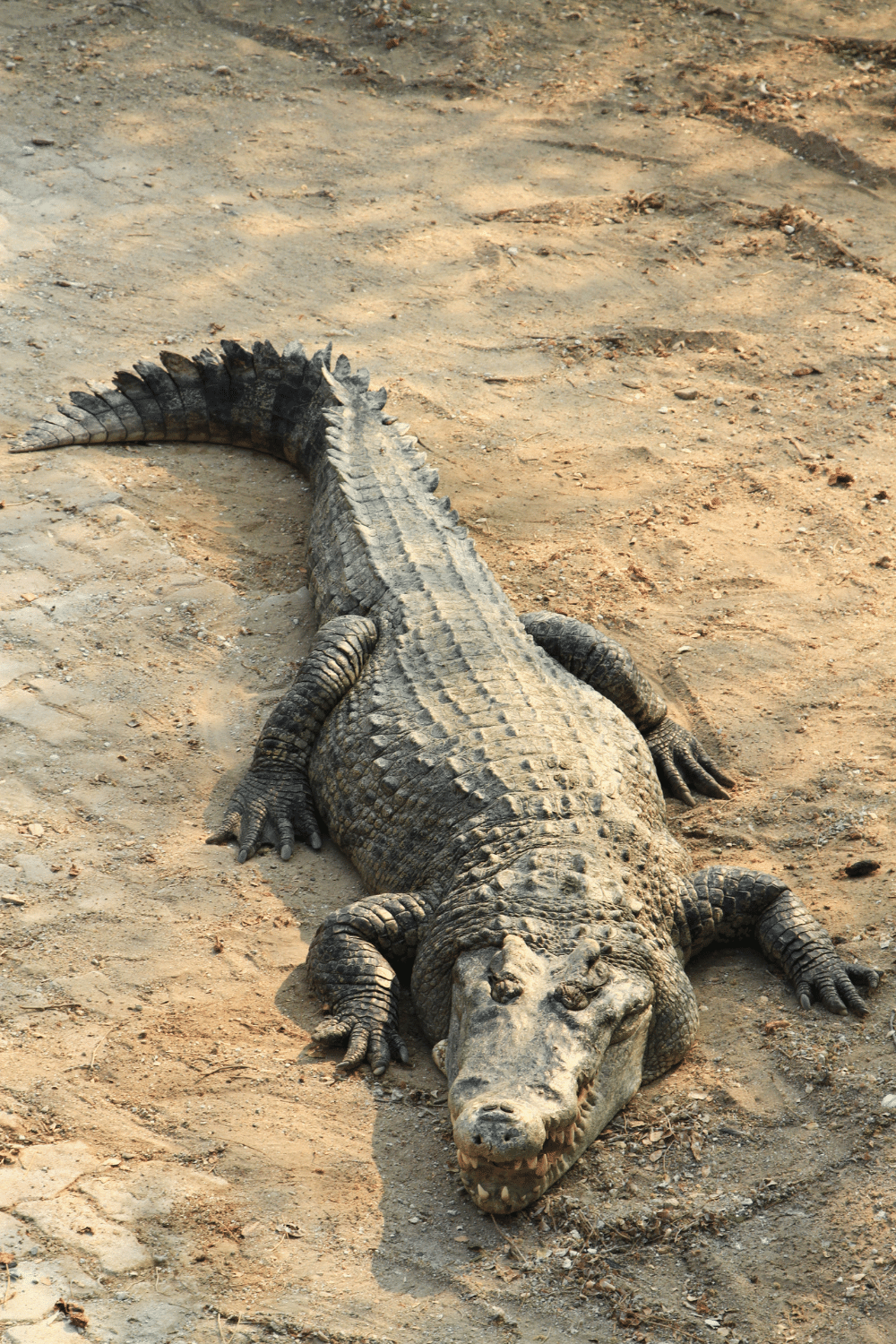 A rhino would only attack a hippo if it felt threatened. Rhinos are passive and anxious animals who do not initiate fights with a hippo for no reason.

A rhino would ram the hippo to bring it down by running towards the hippo as fast as possible and striking the hippo with its killer horn.

The rhino’s disadvantage is its poor vision. 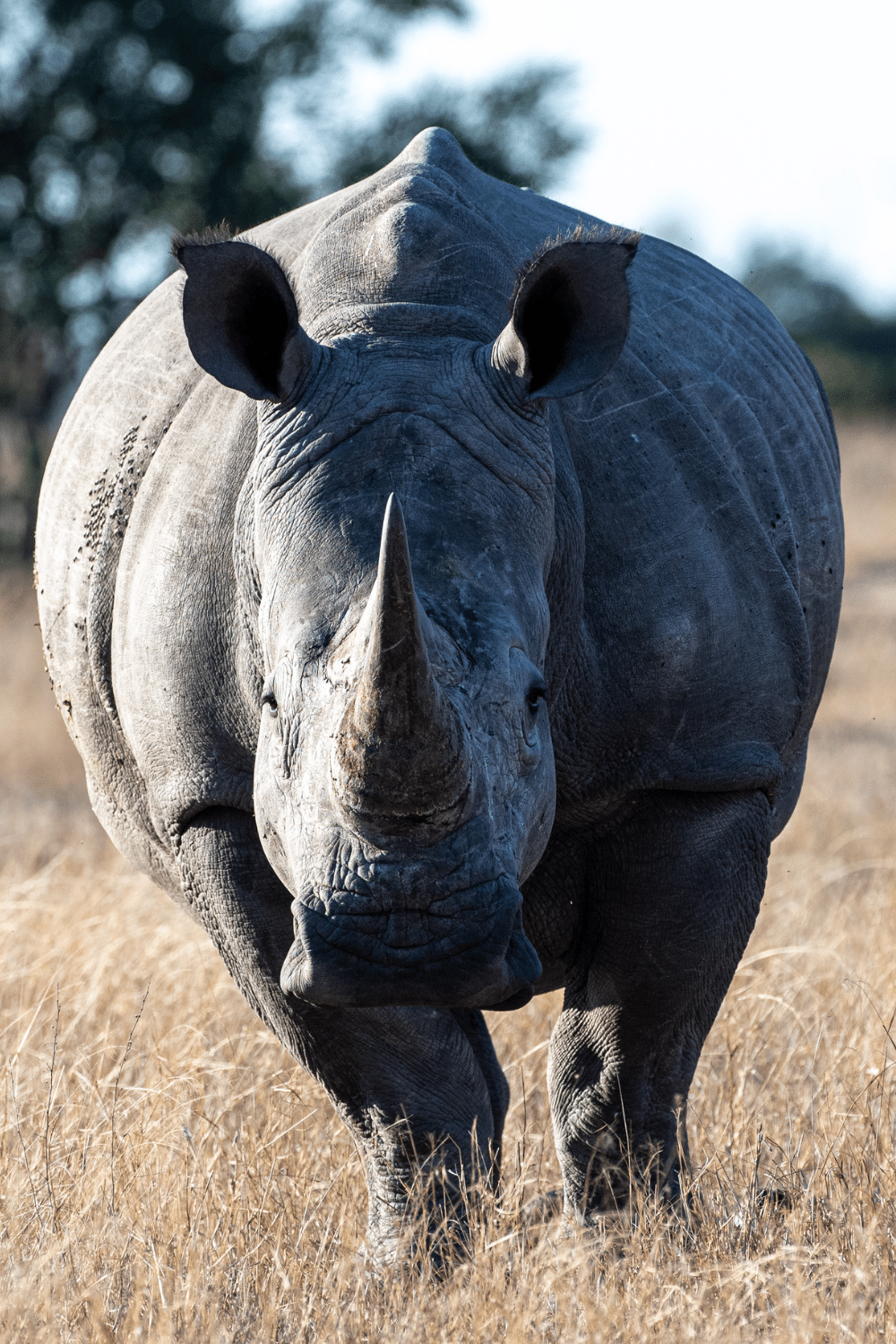 Are there any animals who do not think twice about taking a hippo down in an unprovoked attack?

Out of all the animals mentioned, humans will not think twice about taking down a hippo in unprovoked attacks.

Which animals can take a hippo down if they work in herds?

Lions, hyenas, and humans can take down a hippo if they work in herds.

Which animal has a better chance of taking a hippo down.

An elephant has the best chance of taking down a hippo. A rhino is second due to its disadvantage of poor vision.

After the information is compiled it looks like no one except greedy humans can bring a hippo down by working in a group.

No African animal wants to tangle with a hippo unless there is a good reason. The above animals would bring a baby hippo or aged hippo down when the chances arose.

Some of these animals could take an adult hippo down if they make their attack as a group.