How Many Bones Do Sharks Have? — The Answer Will Shock You! 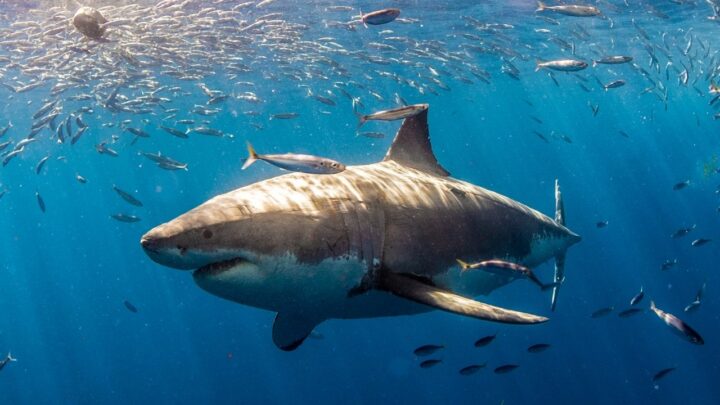 From Jaws, The Shallows, 47 Meters Down, The Reef, and so many other shark movies, it’s clear to see that sharks are insanely powerful aquatic predators.

They are portrayed to be vicious underwater creatures that we need to stay away from if we value our lives.

But what makes sharks so strong and powerful? Where do they draw their strength? For humans, we get our structure and strength from our muscles and bones.

Is it the same for sharks? If so, how many bones do sharks have?

Read on to find out!

How many bones do sharks have?

In fact, sharks do not have any bones at all. They have cartilages instead. Cartilages are more flexible and less dense than bones, allowing sharks to bend their bodies at sharp angles with ease and with less energy. Cartilages are also found in human noses and ears.

Cartilage is a connective tissue that forms before developing into bones in most vertebrates. Cartilage, therefore, is a precursor of bones.

It’s the thing that gives the framework or structure for bones to harden (ossify). It’s also important to note that there are no blood vessels present in cartilages, and so naturally, no blood as well.

This is the reason why babies seem to have rubbery legs when they are just starting to walk. Their cartilages haven’t fully matured or ossified into bones yet, making them wobble a lot.

So does this mean that sharks are premature creatures?

The answer is clearly a no. If they were, then they wouldn’t be feared by most creatures both underwater and on land.

Thus, how do sharks survive without the more “advanced” body structure?

How do sharks survive without bones?

To answer this, we need to talk about something that has been closely associated with sharks—blood. Or, more specifically, red blood cells.

It’s obvious that sharks have red blood cells, right? From shark movies and documentaries, you’ll know that this is true.

However, we also know that red blood cells come from bones, specifically in bone marrows. And as earlier stated, cartilages don’t contain blood vessels, and therefore, no blood.

So how do sharks still have red blood cells even if they don’t have bones? Without blood, there’s no doubt that sharks would die.

How do sharks survive without bones, then?

Sharks have managed to survive without bones for many centuries now because their blood is produced in their spleen, epigonal organ surrounding their gonads, and in their Leydig’s organ—which is only present in Chondrichthyes (cartilaginous fish).

They don’t rely on bones for cell production and differentiation.

This explains how sharks can survive without bones, but it doesn’t explain why. Why don’t sharks have bones?

Why don’t sharks have bones?

It’s not so much about why sharks have cartilages instead of bones, but it’s more about how cartilages are of greater benefit to sharks than bones will ever be.

Sharks are known predators, placing them at the top of the food chain. Having cartilage instead of bones helps sharks maintain this esteemed status.

Cartilages are less dense than bones, making them much lighter. They are also less rigid, allowing room for flexibility.

For these reasons, sharks are able to make agile turns and quickly swing their prey from side to side, all without immediately depleting their energy sources.

If sharks did have bones, they wouldn’t be able to catch their prey as efficiently as they do now, and thus, they probably wouldn’t be at the top of the food chain.

The Shark Skeleton in a nutshell

Not having bones does not stop sharks from having a skeleton. Shark skeletons are made up of cartilage, other connective tissues, and some muscle.

However, shark skeletons are not uniform in cartilage density and type. Denser cartilages can be observed in specific areas of the skeleton, while some areas may have less dense cartilages.

Aside from being cartilaginous, shark skeletons also differ from other vertebrate skeletons in that no muscles are attached to it. Shark muscles are not connected to a shark’s skeleton.

Some Facts about the Shark Skull

A shark’s skull is called a chondrocranium. Notice the root word “chondro” in Chondrichthyes from earlier? They both refer to having cartilage.

Hence, just like everything else on its body, a shark’s skull is also entirely made up of cartilage and not bone.

We, humans, likewise have chondrocranium during our early days of development, but they eventually mature and get replaced by bone as we age.

Despite not having bones, sharks are still considered vertebrates. How?

Well, who said vertebrae should only consist of bones in the first place?

That’s right—no one. As we have learned, sharks belong under the class of fish called Chondrichthyes, also known as cartilaginous fish. This is in contrast to Osteichthyes, or bony fish.

Hence, despite the absence of bones, sharks’ cartilages still form a vertebral column which qualifies sharks as vertebrates.

A fun fact you might want to know about shark vertebrae is that they are what scientists use to tell approximately how old the shark is. They do this by counting the number of rings on a shark’s backbone.

Since it is calcified, the tissue is stronger and denser. In fact, dentin is harder than bone.

Do sharks have jawbones?

No, sharks don’t have jawbones, but they do have jaws. Shark jaws are not made up of bones, and they are composed of cartilage.

And because a shark’s jaw needs to be extra strong to hunt prey, it’s not connected to the shark’s cranium. 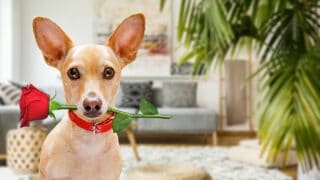 Previous
"My Dog Always Carries Something in His Mouth" — Here's Why! 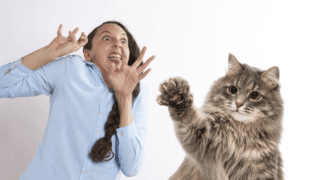 Next
Why Does My Cat Like to Attack Me and Only Me?