Did you know some whale species are among the longest-living mammals? They are also among the largest mammals on earth,

even though a popular type, the humpback whales, don’t even eat for most of the year? Whales are surely interesting animals.

Fully marine animals, the whales form a significant part of the Cetacea group, along with porpoises and dolphins.

They weigh over 4 tons (4000 kgs) and measure around 30 meters (1200 inches). Whales are purely placental mammals that often live for over 50 years.

How Fast do Whales Swim?

Whales are some of the fastest aquatic animals in this world. They can attain speeds greater than 20 miles mph (32 km per hour) over long periods. But, in tremendously short bursts, some species’ speed changes to 30 mph (48 km per hour).

How Fast Do Whales Swim?

Different Whale Species and Their Speeds

The Blue whale, a part of the baleen whale group, is the biggest animal we have on earth. 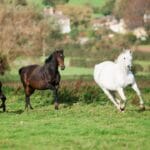 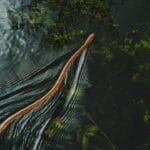 blue whales are typically different shades of grey and blue.

They travel at an approximate speed of 31 miles per hour (50 km per hour) in short bursts and when with fellow congeners.

However, the speed reduces to 12.4 miles per hour (20 km per hour) when whales are traveling alone in the ocean. 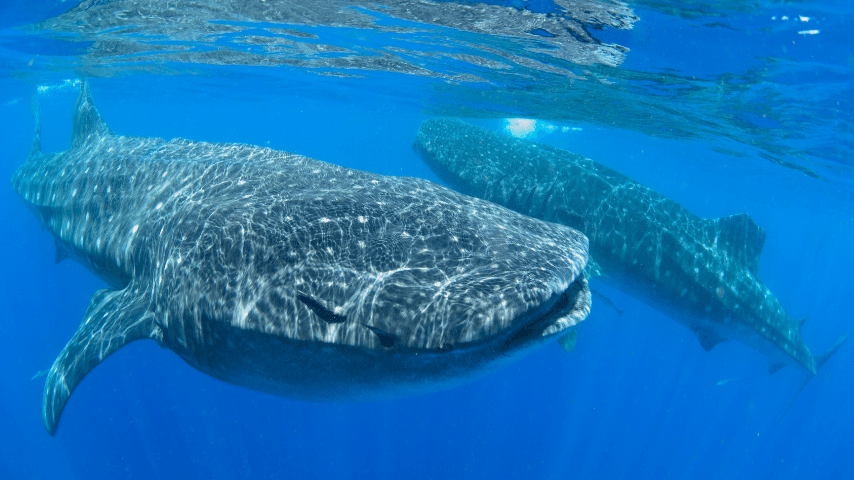 The Humpback whale is again a member of the baleen whale group and the Balaenopteridae family.

It has a distinctive body with pectoral fins that are long and a knobby head.

A highly acrobatic creature, the Humpback whale can reach a speed of about 16 miles per hour (25.7 km per hour), especially when breaching. 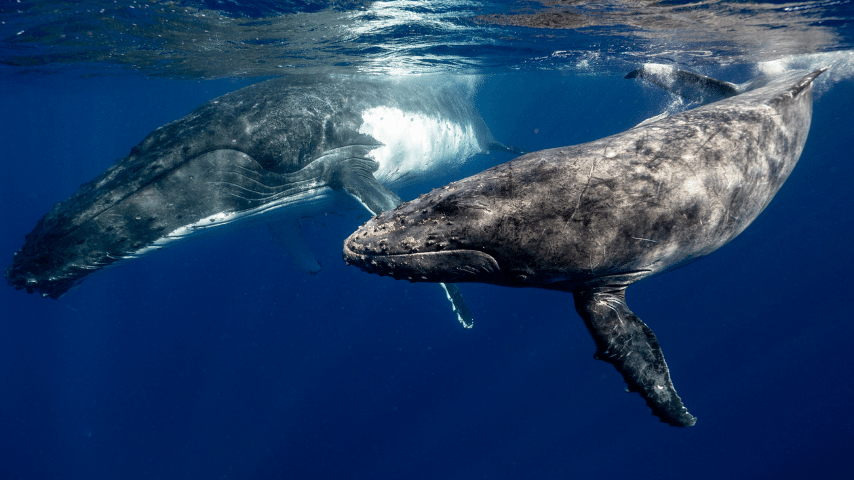 It is the third-largest rorqual after the fin whale and the blue whale. This baleen whale inhabits several oceans and adjoining seas, preferring deep waters.

The Sei whale is another whale species that’s considered the fastest of its kind. It can travel up to 31-40 miles per hour (50-65 km per hour) over small distances.

You are least likely to find it in semi-enclosed water bodies and tropical waters. 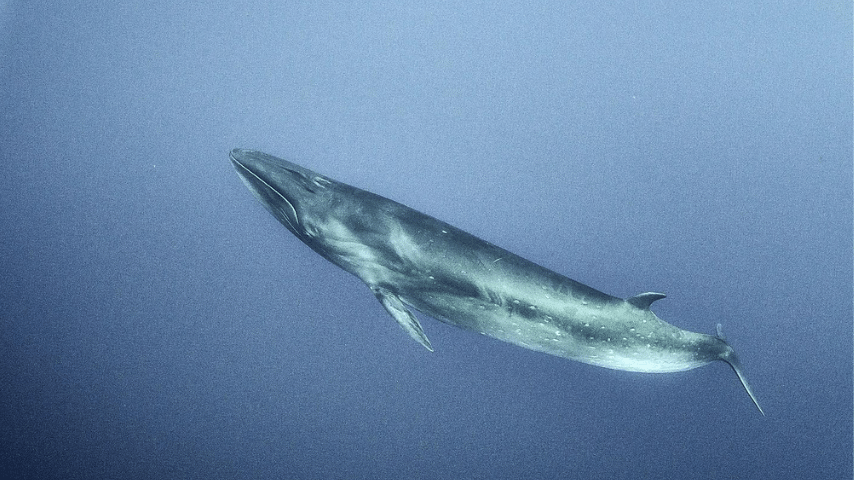 The second-largest whale species is the Fin whale, which scientists consider the ‘’greyhound of the sea’’.

It was formerly known as razorback whale and herring whale and scientifically called Balaenoptera physalus.

As American naturalist Roy Chapman Andrews said, the fin whale can quickly reach a speed of about 24.8 miles per hour (40 km per hour),

enough to surpass the ocean’s fastest steamship. The entire world houses only around 100,000 Fin whales. 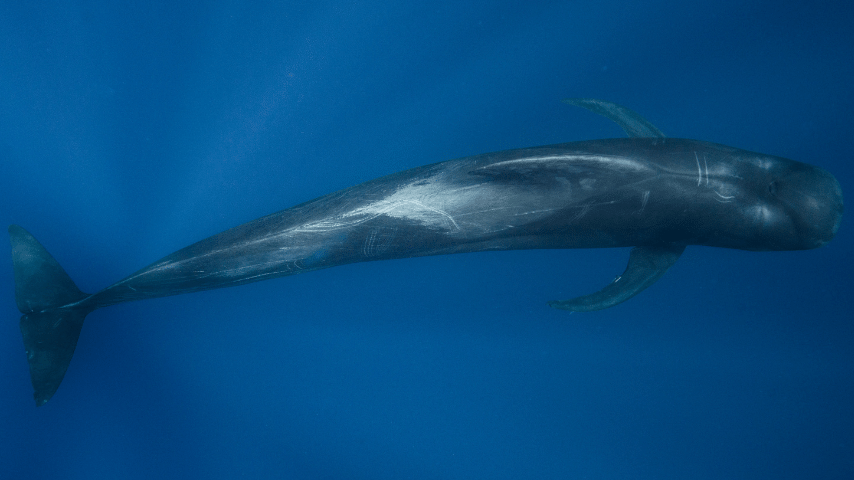 The Cachalot is the Sperm whale, the biggest toothed whale, and toothed predator.

It is the only member alive from the Physeter genus and one of the Sperm whale family’s three extant species. 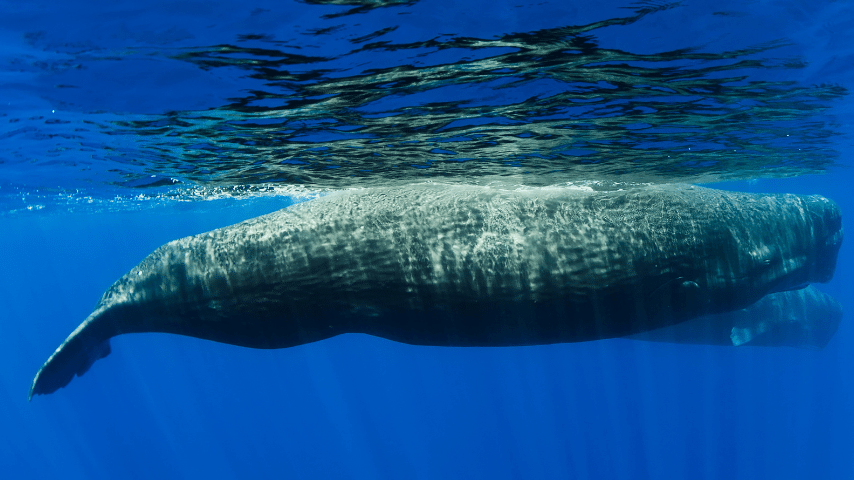 The Killer whale belongs to the oceanic dolphin family. It is a toothed whale recognizable by the unique pattern of its body, which is black and white.

Among the fastest marine animals, the Killer whale is also commonly referred to as the orca.

It can reach a speed of 45 km per hour (28 miles per hour) over small distances.

However, its swimming speed drops to less than 8 miles per hour (13 km per hour). 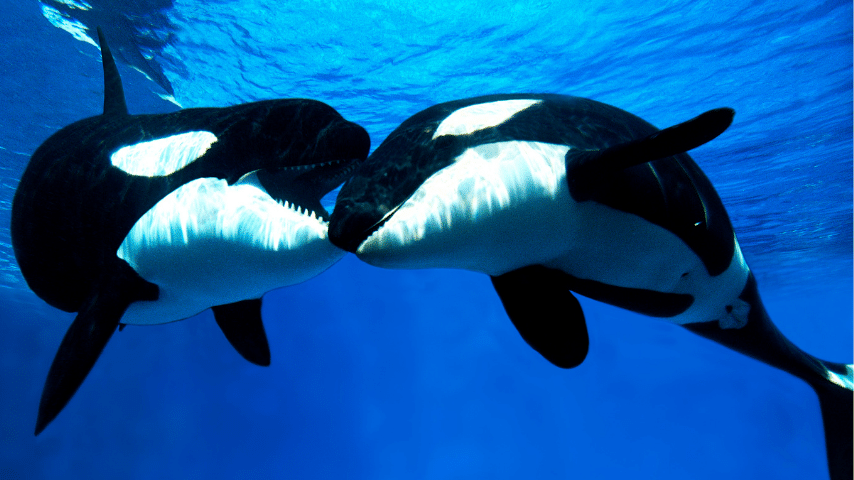 Porpoising and its Importance for Whales

Whales have streamlined bodies that allow them to move in accordance with the water waves.

They can increase, decrease, and maintain different speeds for different periods.

Whales often save energy and cruise for longer using the porpoising technique.

It means that the whales swim close to the water surface and maintain an up-and-down motion, similar to a wave.

Whales can easily reach a speed of over 20 miles per hour (32 km per hour) when in groups or swimming purposeless.

However, they can go much higher or even twice this value when traveling solo or migrating.

Baleen whales are aquatic creatures with oral whalebone plates for plankton straining from the water.

These prominently include the humpback whale, rorqual, grey whale, and right whale. The fastest among the baleen whales are the following:

The popular Fin whale is amongst the fastest baleen whales, with an appearance akin to a torpedo.

The Fin whale has smooth skin with a flat head, unlike humpback whales.

Its tail fin has highly durable muscles that largely contribute to its great swimming speeds.

The muscles also help the Fin whale pull up, push down, and create constant propulsion from the back. 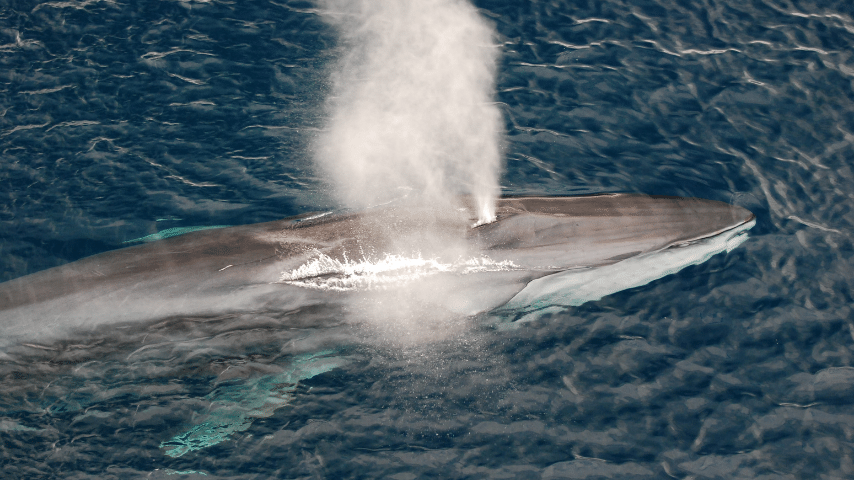 As the biggest animal on earth, the Blue Whale reaches a length of about 30.5 meters (1200 inches).

They can maintain speeds similar to Fin whales; however, their burst speed is around 28 miles per hour (45 km per hour).

Blue whales are known to sieve the oceans for tiny krill, with a feeding speed of 5-10 miles per hour (8-16 km per hour). 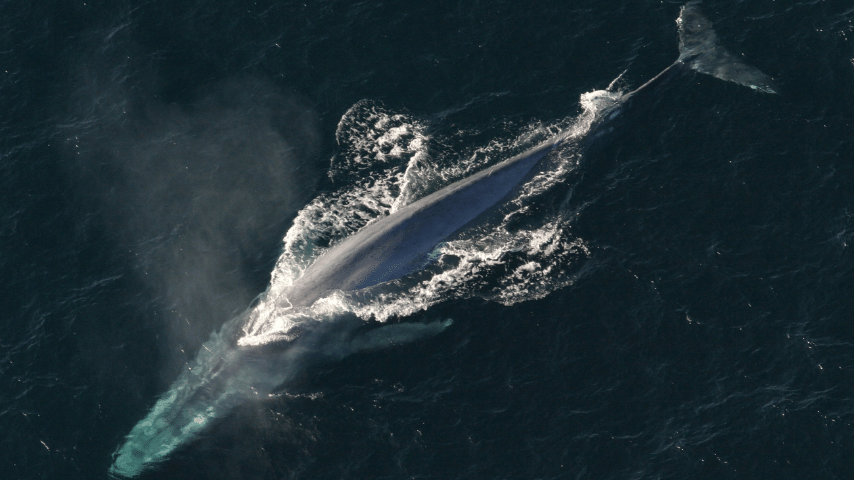 They often migrate over the same routes in summer and winter, covering long distances. 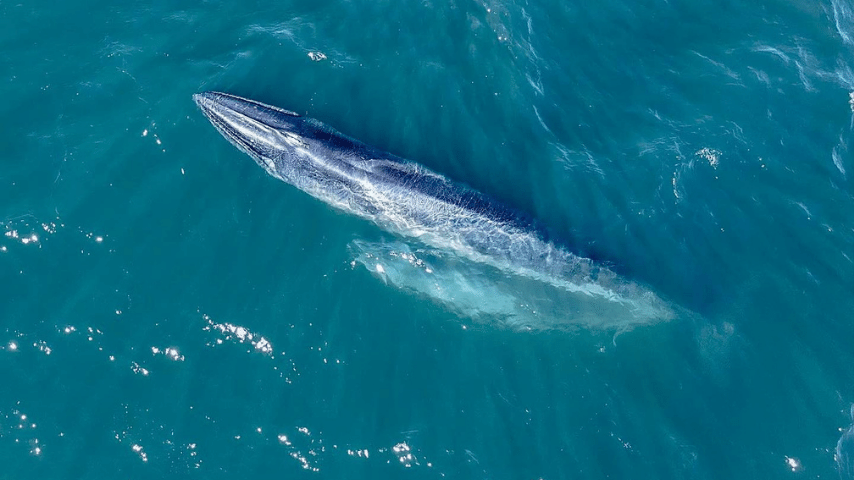 Sei Whale Can  Have A Top Speed Of 31 Mi/hr (50 Km/hr) Photo Credit @diegoa.cabanas on Instagram!

Which whale moves the fastest?

How do whales move at such fast speeds?

The whale’s natural body shapes and a phenomenon known as porpoising. Porpoising allows whales to swim close to the water surface and move with the currents, the latter saving them energy and giving them a significant push from behind.

What is the average speed of a whale?

The average speed is 20 mph (32 km per hour) over long periods. However, the speeds vary between species and certain other factors.

To sum it up, whales’ speeds depend on their species, water depth, duration of travel, and if they are traveling solitary or in groups.

Individual whales move faster than those in large pods. Similarly, whales migrating far distances cruise slower than their maximum speed to save energy for tough tides.