If you’ve ever wondered why are seals so cute, you might want to delve deeper into the details of their natural behaviors. Of course, the answer to a seal’s high cuteness level may seem simple at first glance.

But, things may get more complicated than their outside appearance. For example, if you didn’t know a seal was playful, you might assume its adorability has to do with its extra-large eyes.

In this article, let us all learn why these marine mammals are so endearing.

Why Are Seals So Cute?

Seals are cute because of their youthful appearance, playfulness, and affectionate nature. For one thing, they have large eyes that seem to be pleading for someone to take one home. Further, seals can be exceptionally delightful if you’ve ever seen babies and mothers snuggling up together. 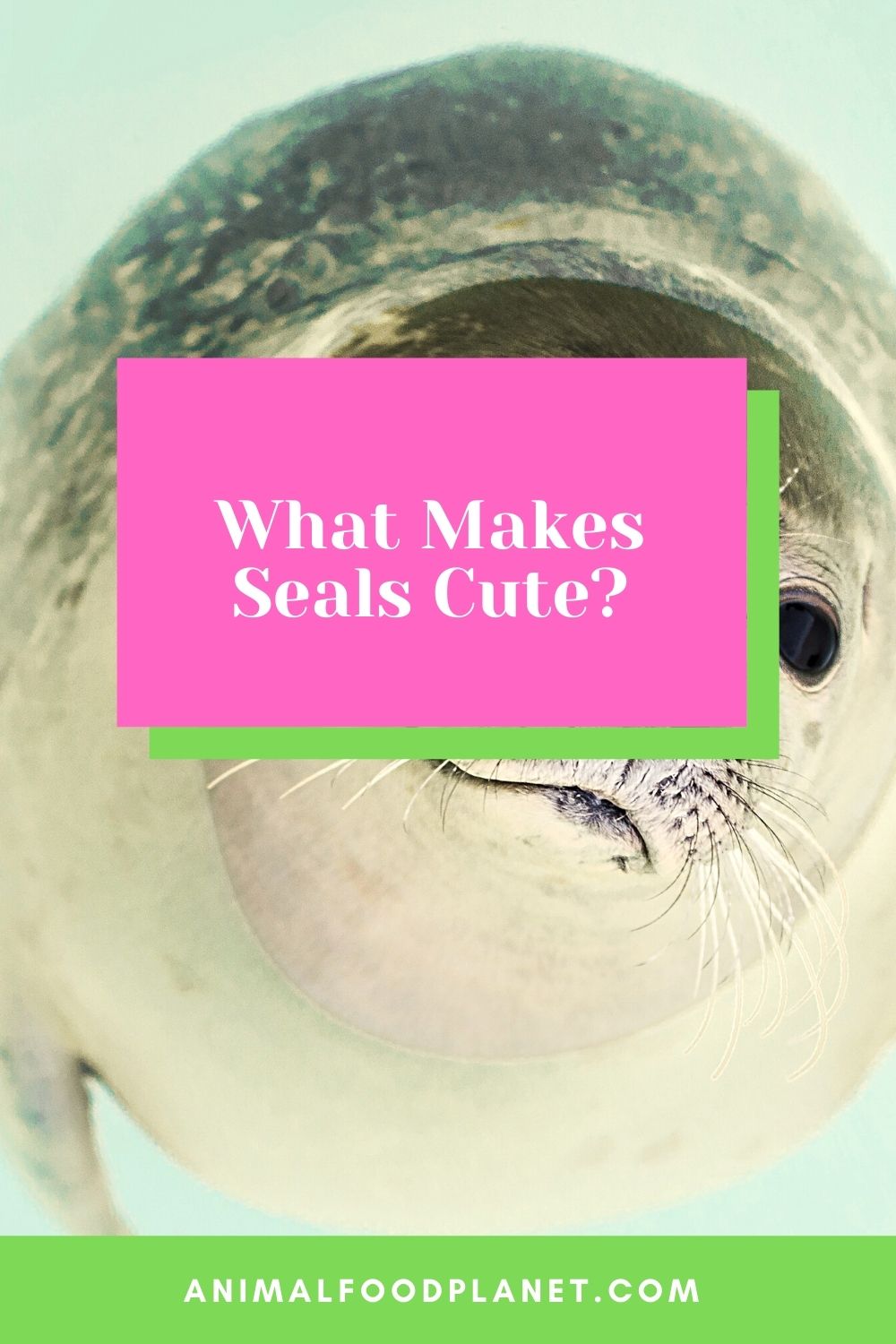 Why Are Seals So Cute?

Seals Have a Fresh-Faced Appearance

Staring into the large round eyes of a baby harp seal can be enough to melt a cold heart. The darkness and depth of these eyes can only seem to enhance their innocent-looking natures. 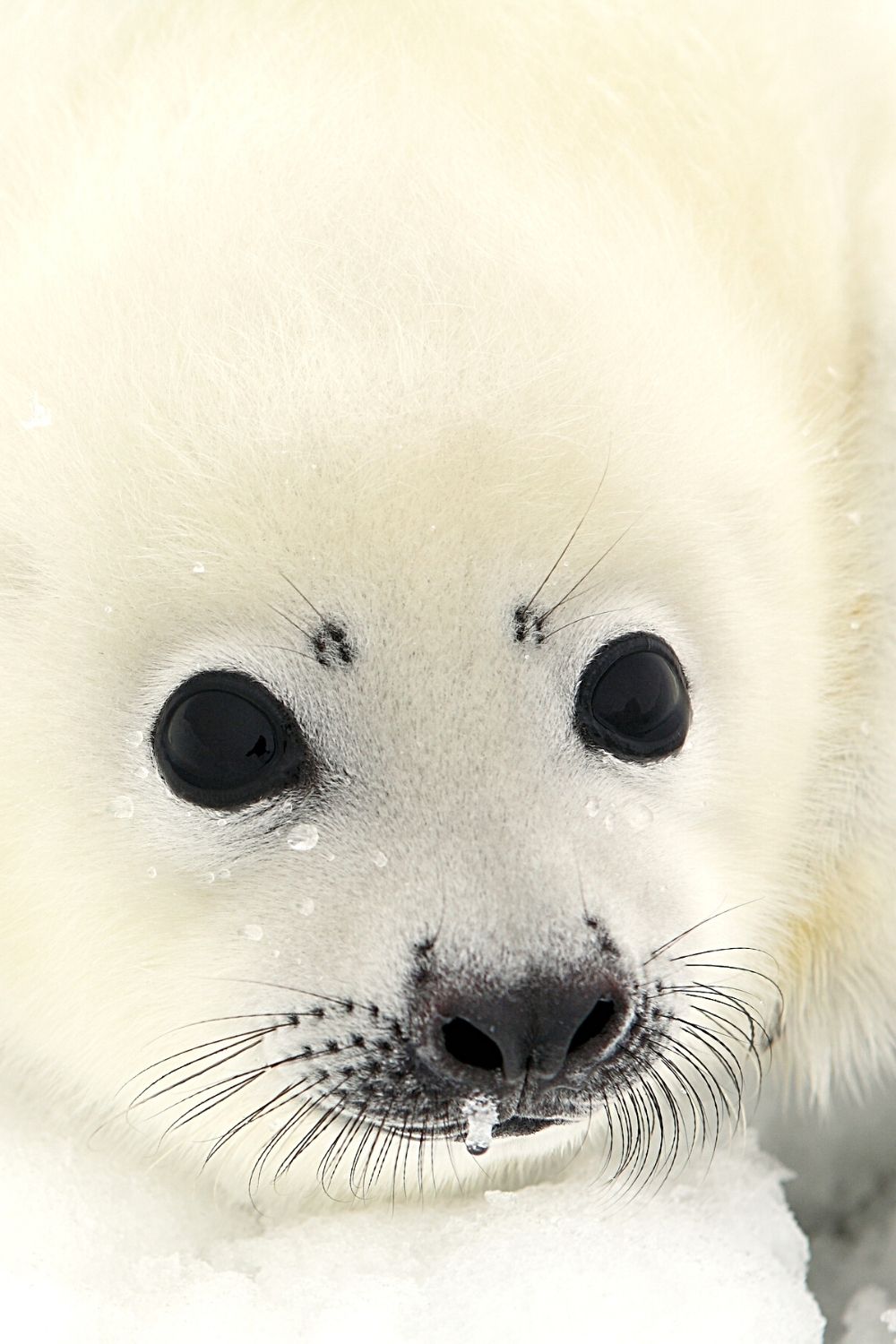 Not only this, but their coats are white and fluffy looking.

When I observe these lovable creatures, I have the desire to pick one up and cuddle it. 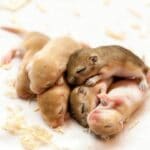 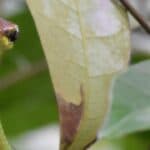 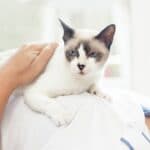 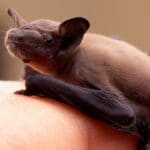 Seals Can Be Playful

On land, seals are often awkward and shy. But in the water, they can be playful and curious.

The water is their natural environment; they feel free to explore and move quickly.

Seals have been filmed approaching divers out of curiosity. Divers even claim that seals can be seen playing underwater, rubbing divers, tugging fins, nibbling, and rolling near them.

Seals can seem extremely comfortable around humans. This can make people love them all the more. 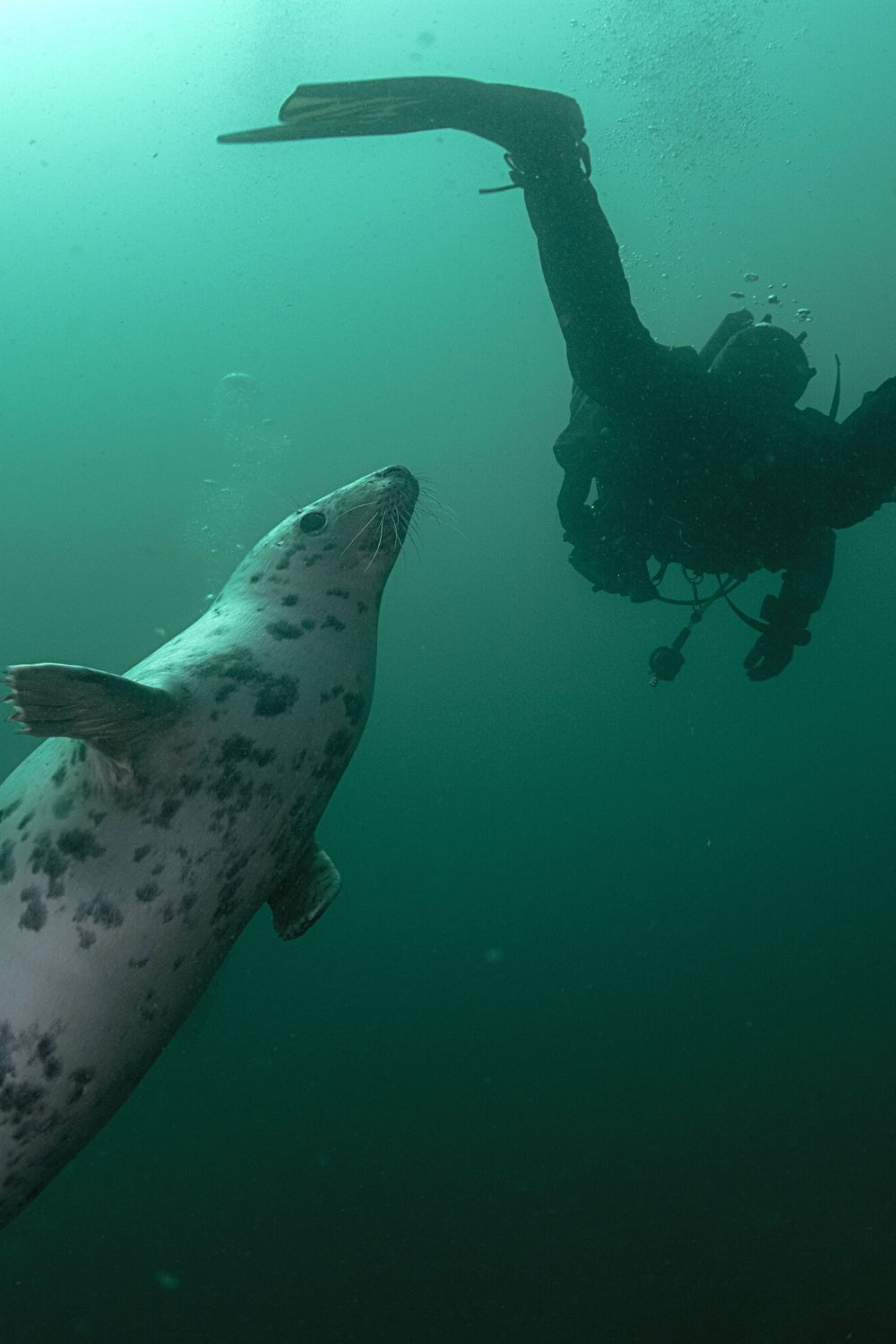 Seals can be playful and are comfortable around humans

In another instance, someone captured a photo of a seal riding on top of a whale. This makes me think that whales and seals are capable of forming a friendly bond.

In my mind, the thought of two animals that are so different being friends is about as cute as it gets.

Seals Show Affection Toward Their Own Species

Seeing this creature show affection towards others of its own species can be enchanting. For instance, harbor seal mothers form a strong bond with their pups and are highly affectionate.

The mother and pup tend to go on short swims together. Mom will leave the pup alone onshore if it’s not strong enough to head out. 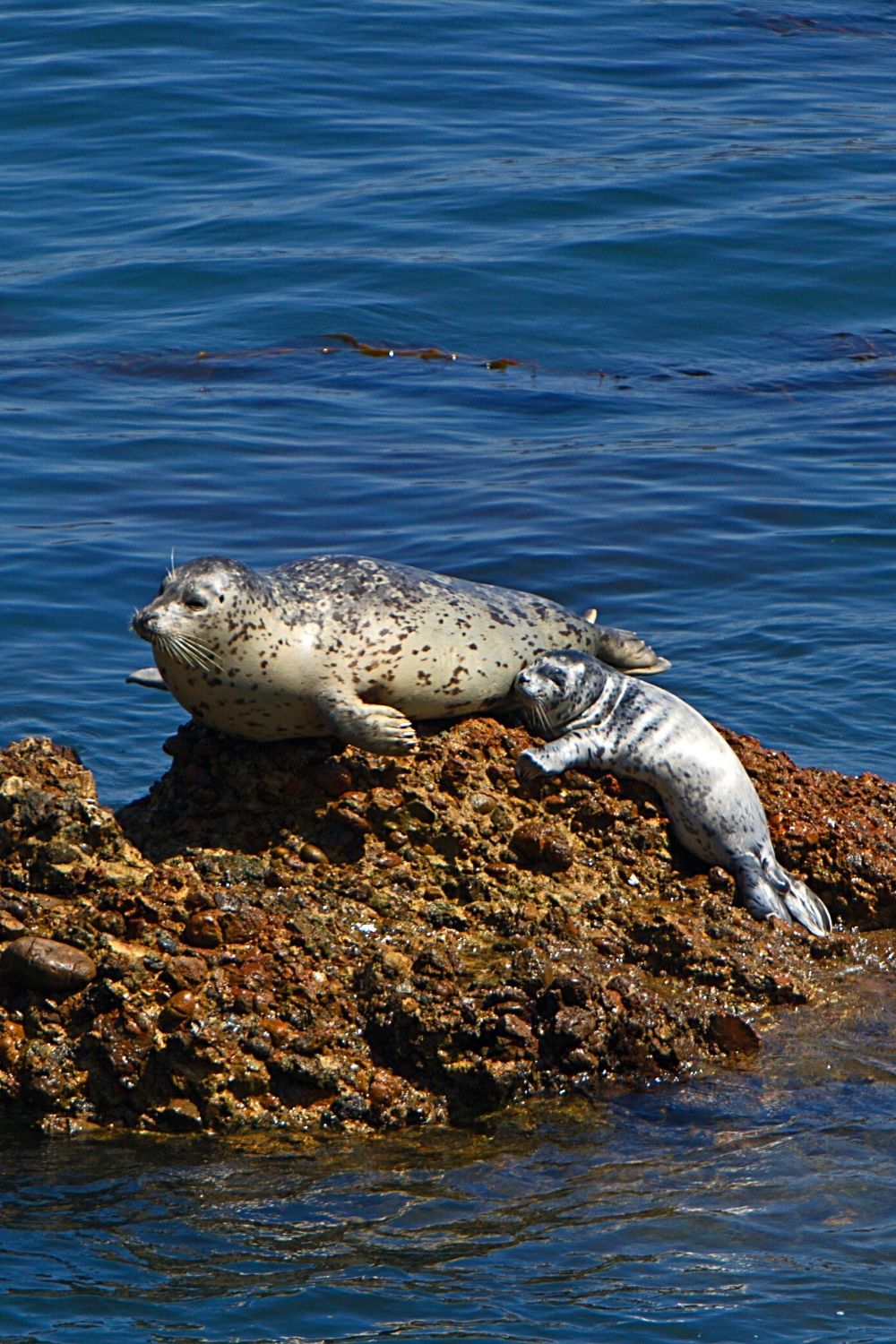 And almost nothing can be cuter than witnessing animal families bond.

Seals Can Do Tricks

While in captivity, seals can learn tricks easily. They even seem to like being the center of attention as they perform for the camera and audiences.

People often teach them tricks by giving them treats. This cuteness factor can be especially noticeable in the youngest, smartest seals. 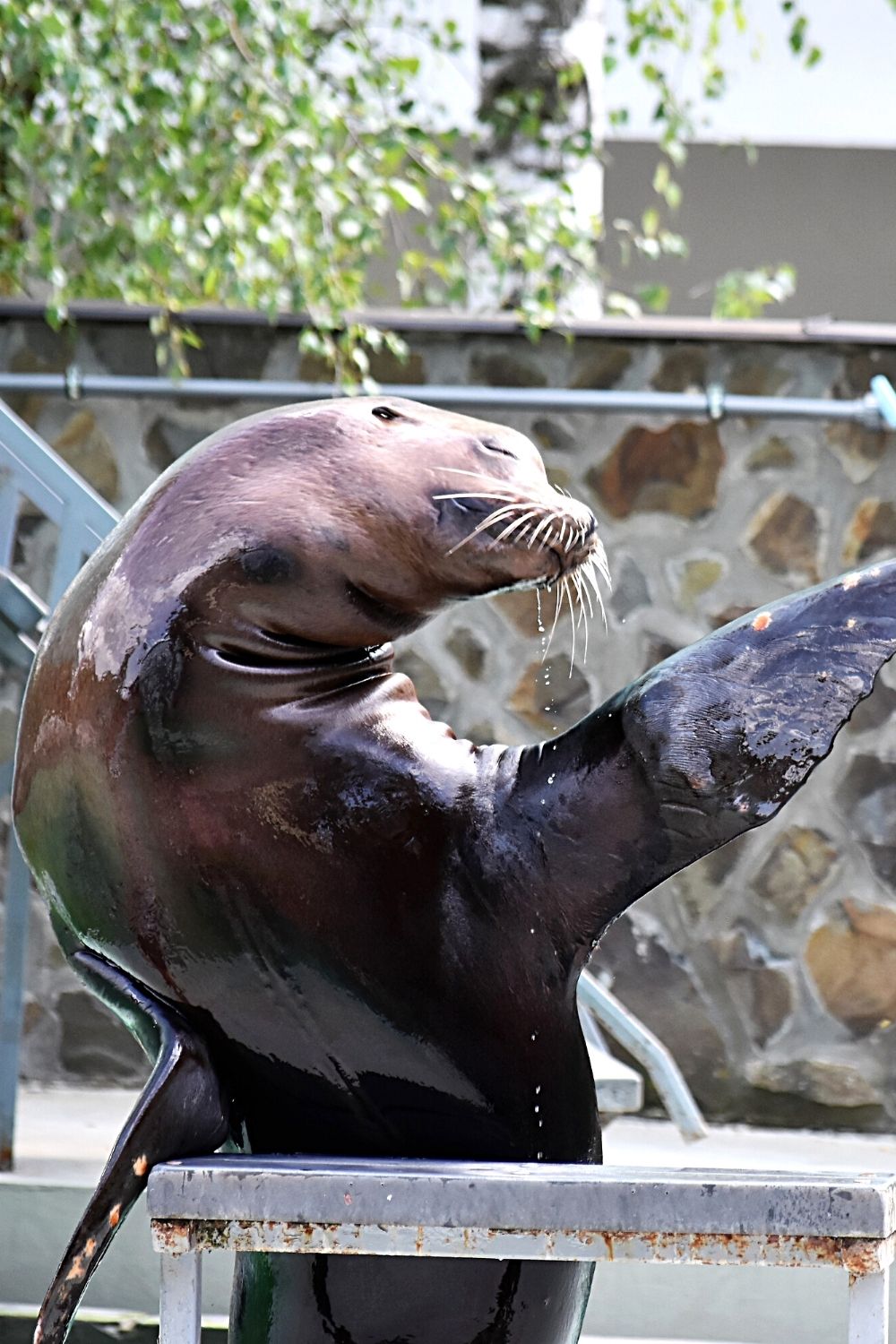 They slip in and out of the water, waddle onto rocks when climbing out, and dive back in with an energetic attitude.

Seals May Seem Similar to Dogs

The adorability of dogs can seem similar to that of seals. In fact, the dogs and seals share related characteristics.

Baby seals and fluffy dogs are both Caniformes (this means dog-like). Some people call these aquatic mammals ocean puppies.

Similar to dogs, seals lay on their backs, roll around, stick their tongues out, tilt their heads, play in the snow, have a natural curiosity, and more.

Additionally, they appear to laugh out loud, show affection towards their own species, swim underwater and have numerous other similarities.

Seals Can Be Vulnerable

Almost nothing could be more endearing to me than seeing a vulnerable seal alone on a rock without its family nearby.

Further, observing this appearance of vulnerability can make a person want to come to the seal’s rescue.

Another time they can appear helpless is when they’re lying out in their environment doing absolutely nothing. 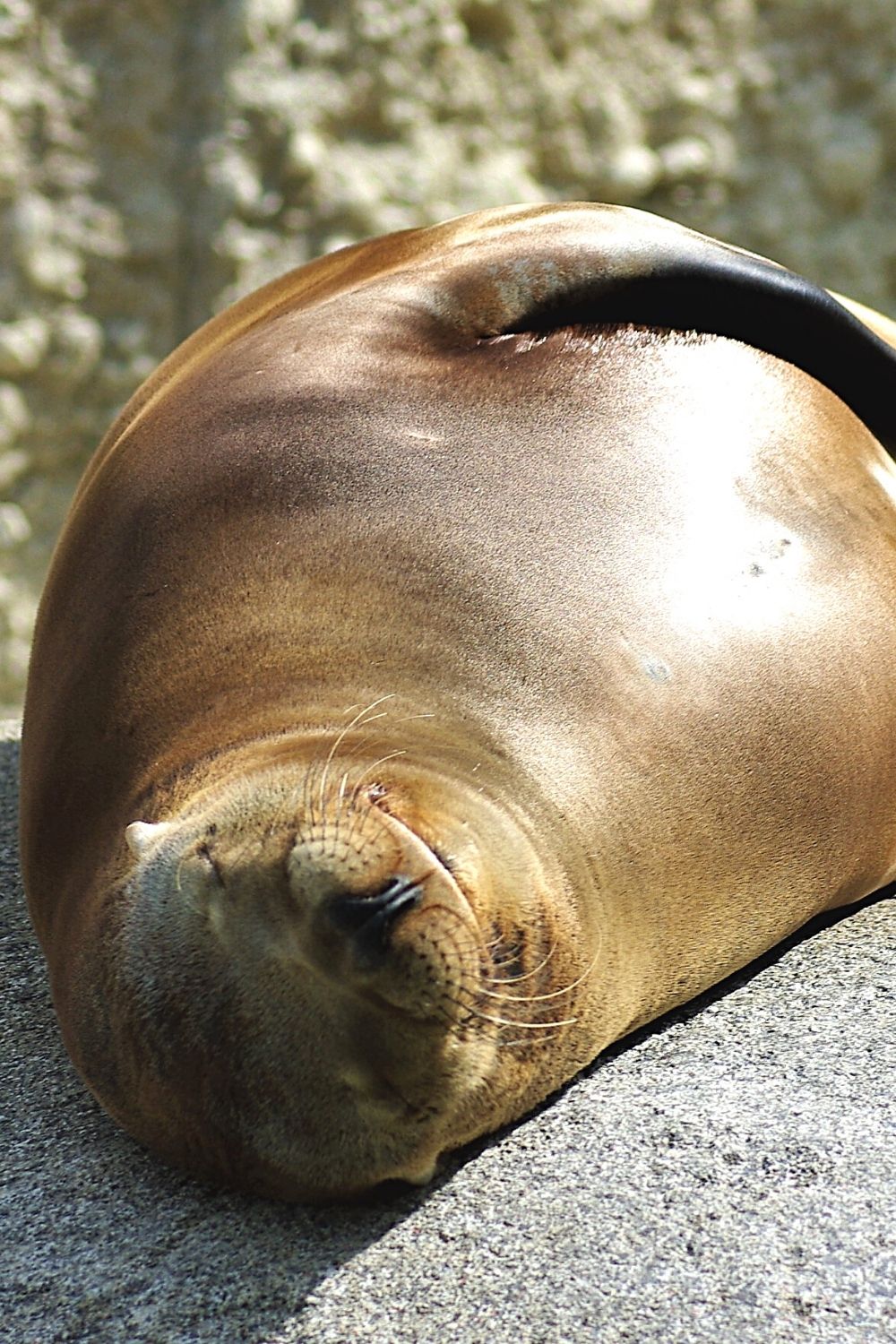 With seals lying on the ground with their eyes closed, they look more vulnerable, hence, making them look cuter

They could be relaxing on their stomachs staring straight ahead or have their eyes closed with a cheerful look on their faces.

I prefer to see photos of seals when they seem completely at peace with the world.

In my opinion, there’s something about the whiskers on seals’ faces that makes me want to keep one as a pet.

These whiskers are actually extremely sensitive and are capable of detecting disturbances when their vision is poor. This feature may remind you of the whiskers of a dog. 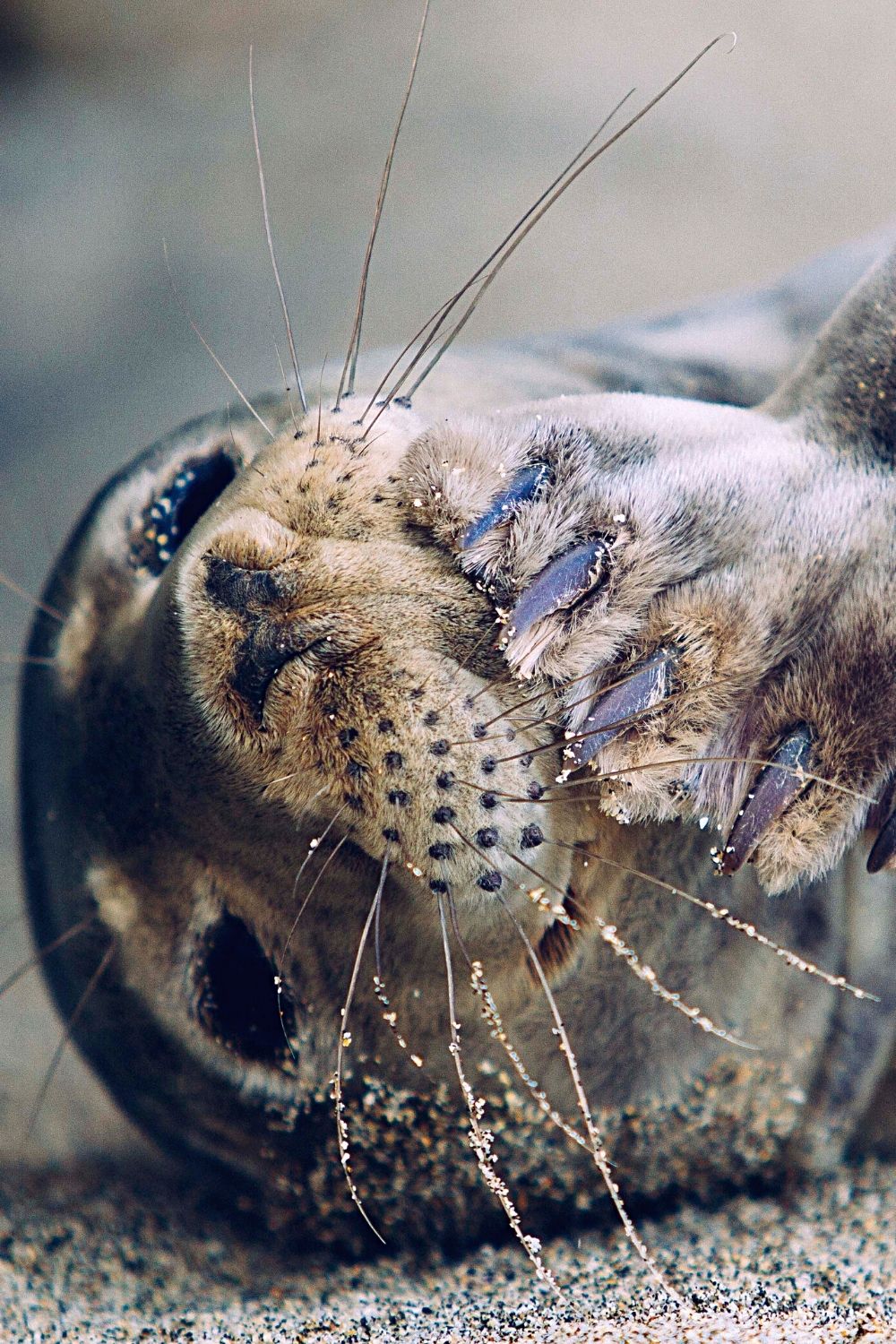 The fact that fur seal pups start growing whiskers from before birth and newborn dog pups have whiskers can be truly remarkable and adorable.

Almost Everything Seals Do Can Be Cute

Their round, furry heads and small, wriggling flippers can make seals as precious as they can be.

I must admit that I’m so fond of seals that nearly everything they do seems cute. I simply can’t get enough of their charm and appeal. 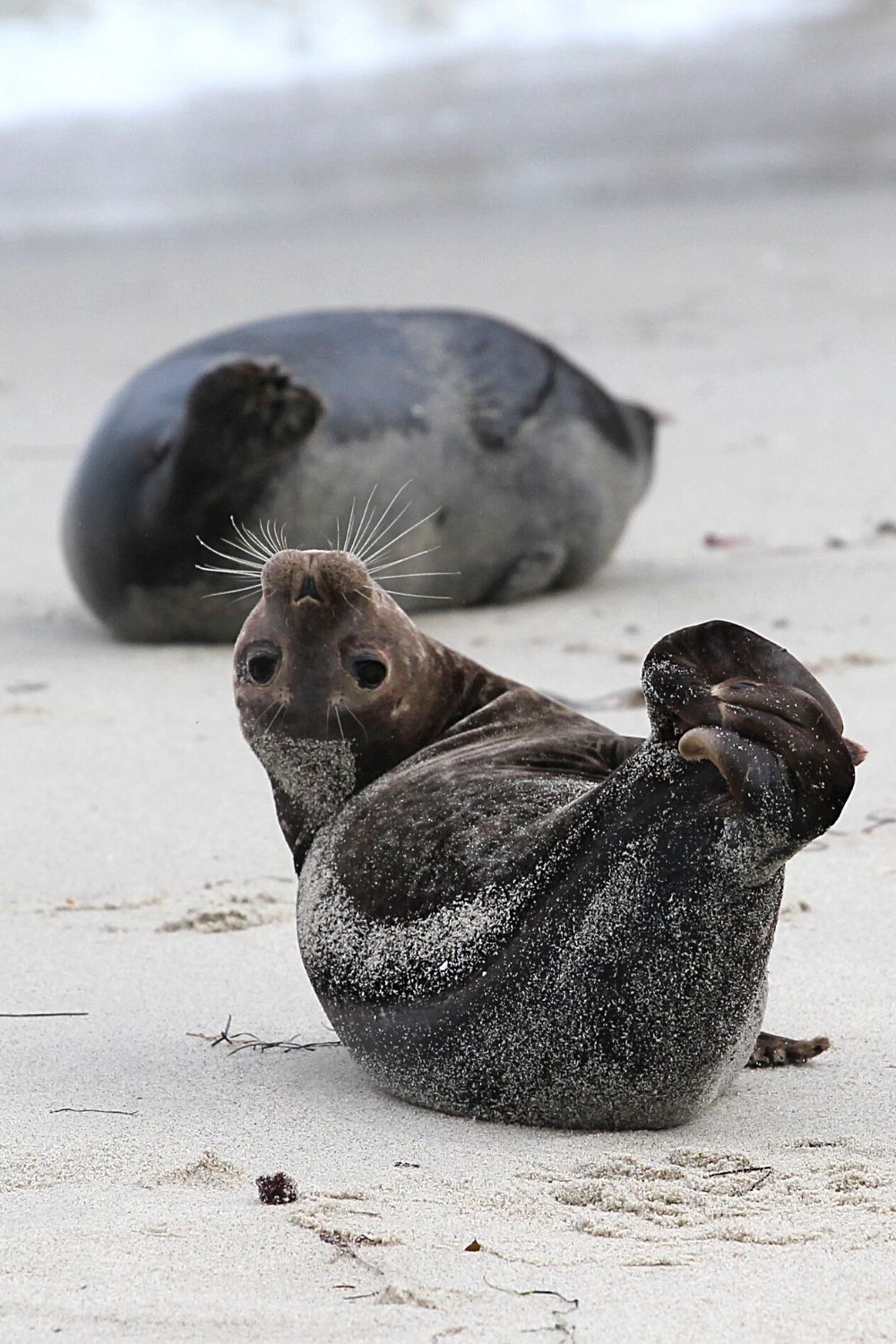 Almost everything that seals do look so cute

Everyone from marine biologists to tourists to people like me can appreciate their amazing antics and sweet tendencies. When you see one, you probably want to get closer and maybe even touch it.

But no one’s supposed to pet or feed these awesome mammals. You can still try imagining how it feels to touch their cuddly, soft fur.

Frequently Asked Questions About Why Seals Are So Cute

The Marine Mammal Protection Act says feeding, touching, or harassing seals in any way is against the law. When your behavior causes a change in their behavior, this is harassment.

Why can seals seem friendly toward humans?

Wild seals may seem friendly because they’ve grown accustomed to our presence and are often fed by us. Despite their friendly appearance, seals are wild animals and can be dangerous.

What is the cutest type of seal?

In conclusion, seals can be absolutely irresistible to look at and may even seem friendly toward humans.

But I suggest educating yourself before you consider going near one for safety reasons.

Rather than petting one, you can still view these winsome web-footed mammals by looking at photos, watching TV, or visiting zoos or wildlife sanctuaries.