Is it possible to ride on an elk?

You can ride an elk. However, they are not domesticated to the extent that horses are, which makes riding them more difficult. They also have large horns, so riding them is not for the faint of heart. 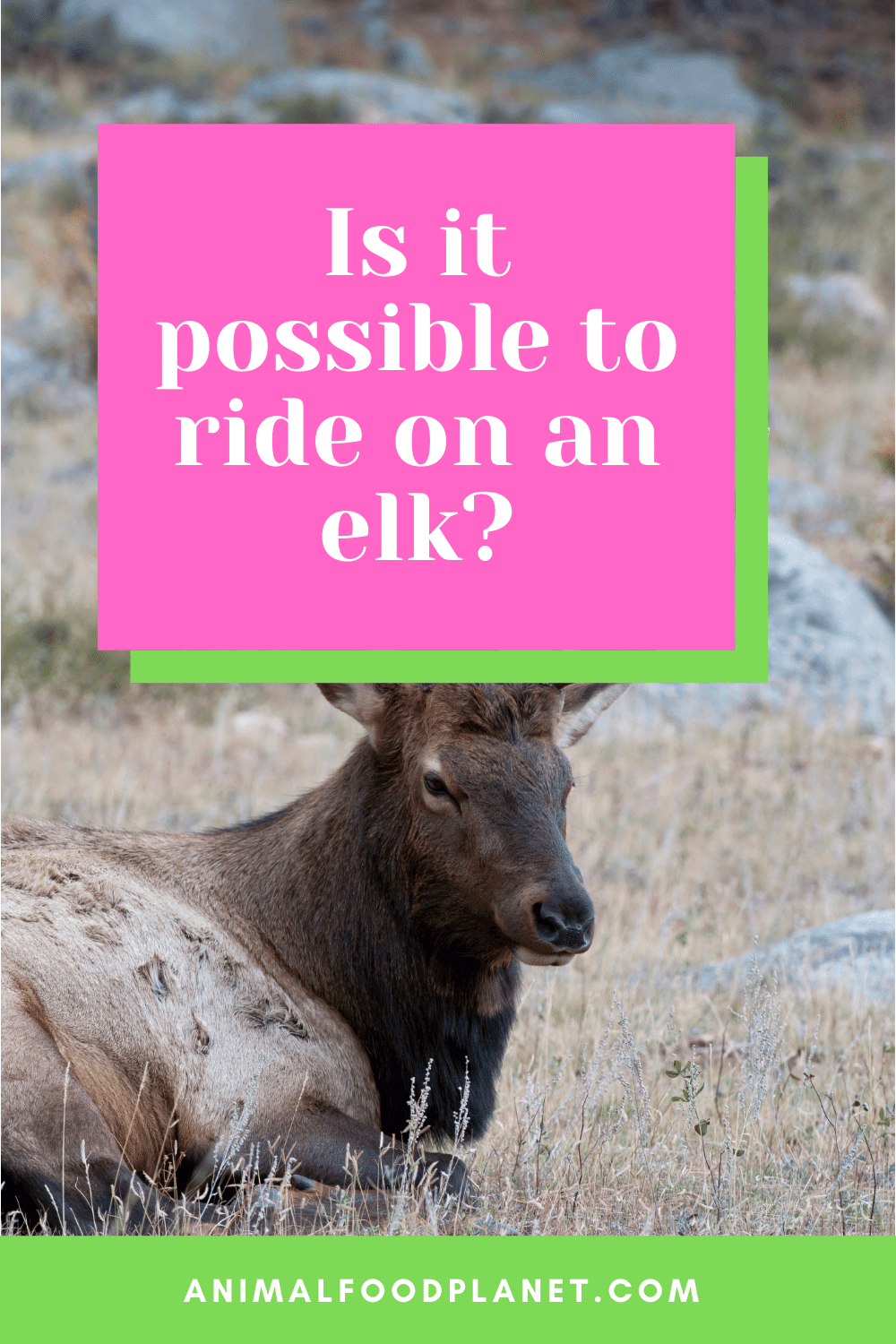 Is It Possible To Ride On An Elk?

Elk can be ridden, but it’s not that common of a practice due to a variety of reasons. 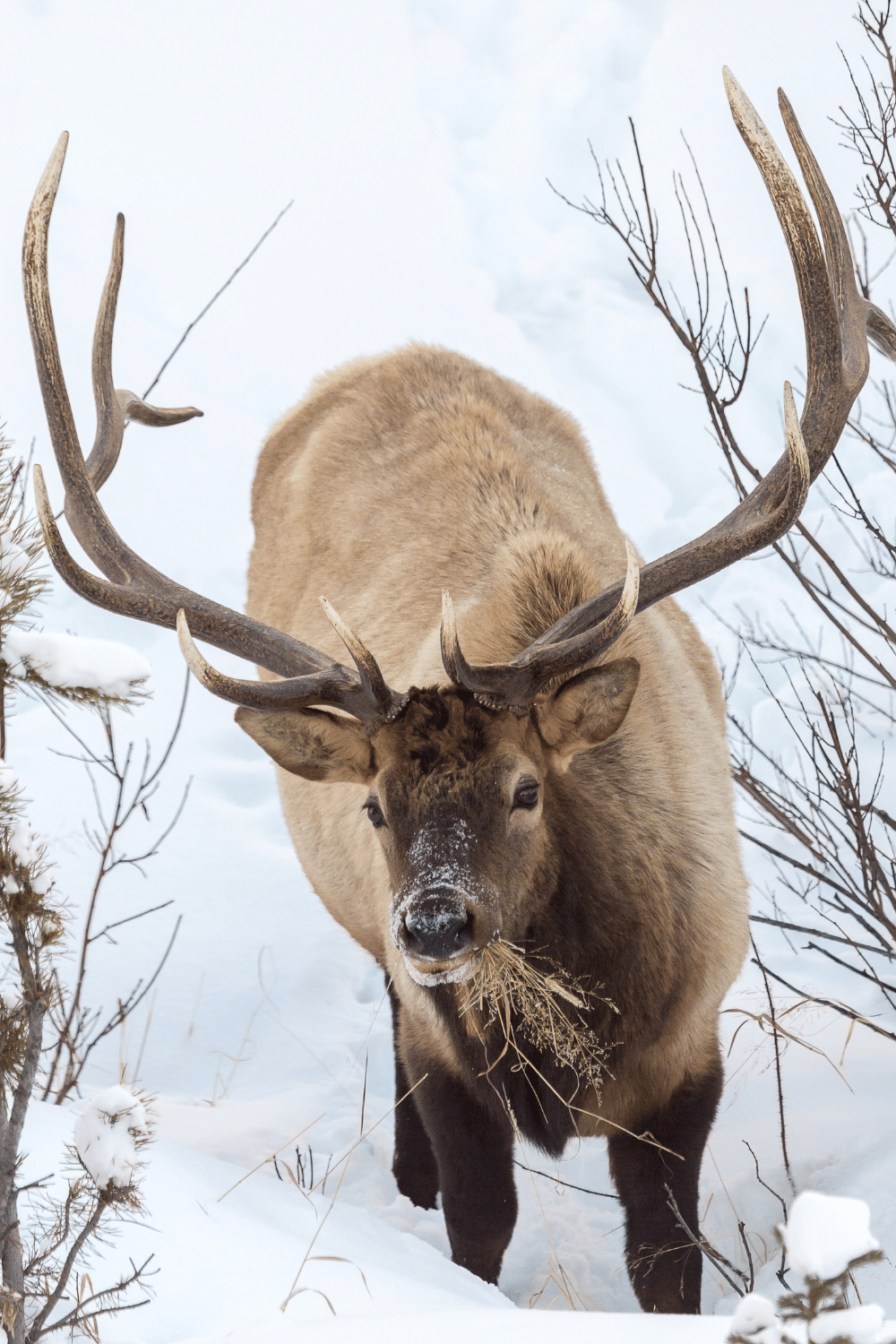 Elk Can Be Ridden But It Is Not Practice

Horses are a Better Option

The first, and most obvious reason, is that there’s no need to ride elk.

Horses are already domesticated and can bear a human weight well. They’ve been bred for domestication and riding for 6,000 years.

Most people who want an animal to ride will simply choose a horse for these reasons. 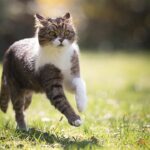 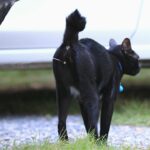 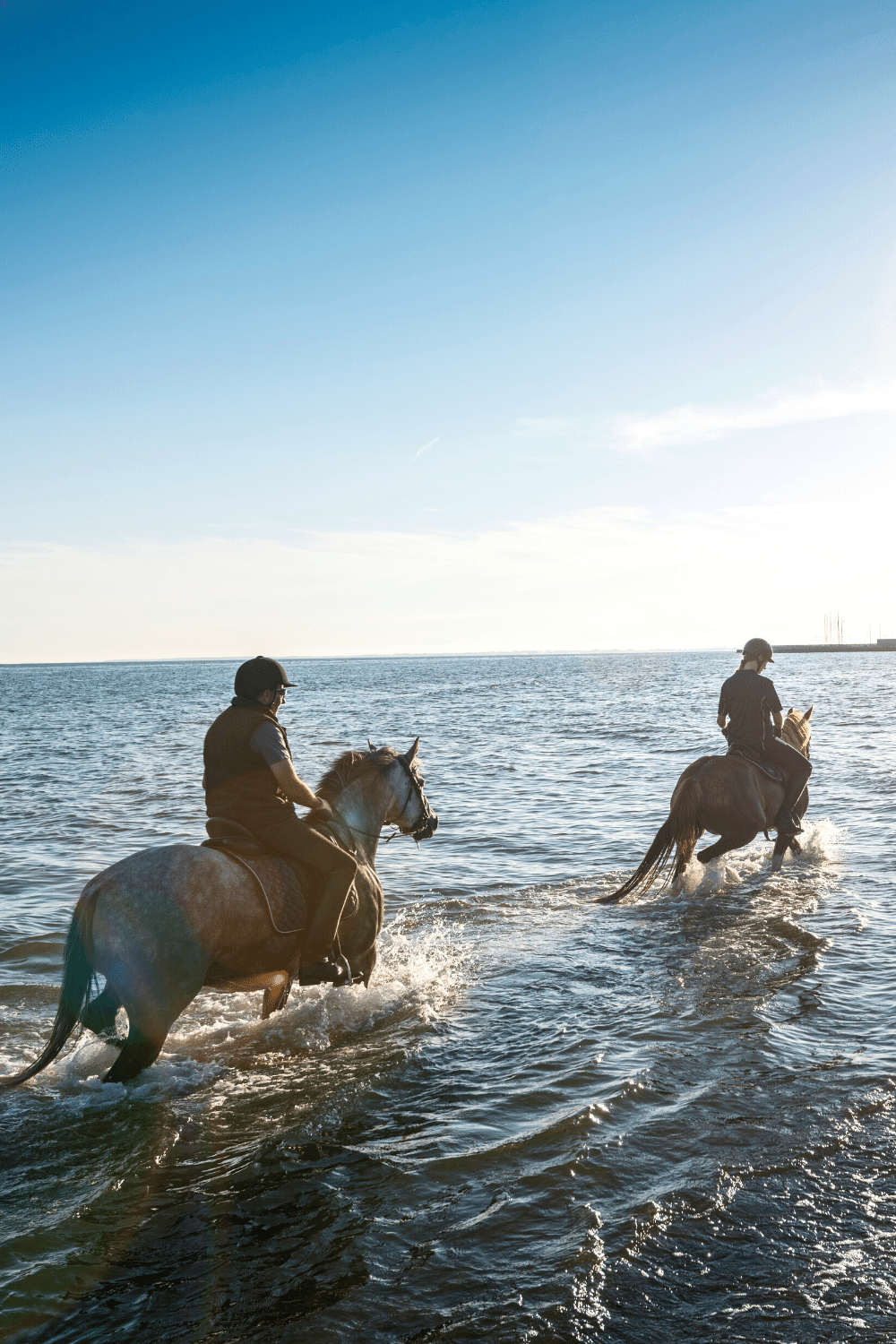 Elk Can be Dangerous

Another reason is that elk can be dangerous. They have sharp massive horns. Just like riding a horse, there’s a risk of being thrown in front of the animal when riding. This puts you directly in the path of their horns.

Elk can attack with their antlers. The females, known as cows, do not have antlers, but they are no less dangerous.

Both males and females are large animals. They can charge at up to 45 mph. Imagine being hit by something half the weight of a car doing 45 mph. This alone can cause serious damage.

They also use their feet for defense. If an elk attacks and begins kicking, it can easily cause serious injury.

Male elks are increasingly dangerous when the rutting season in the fall arrives. They’ll also attack anyone who comes near them or their female harem during this time. 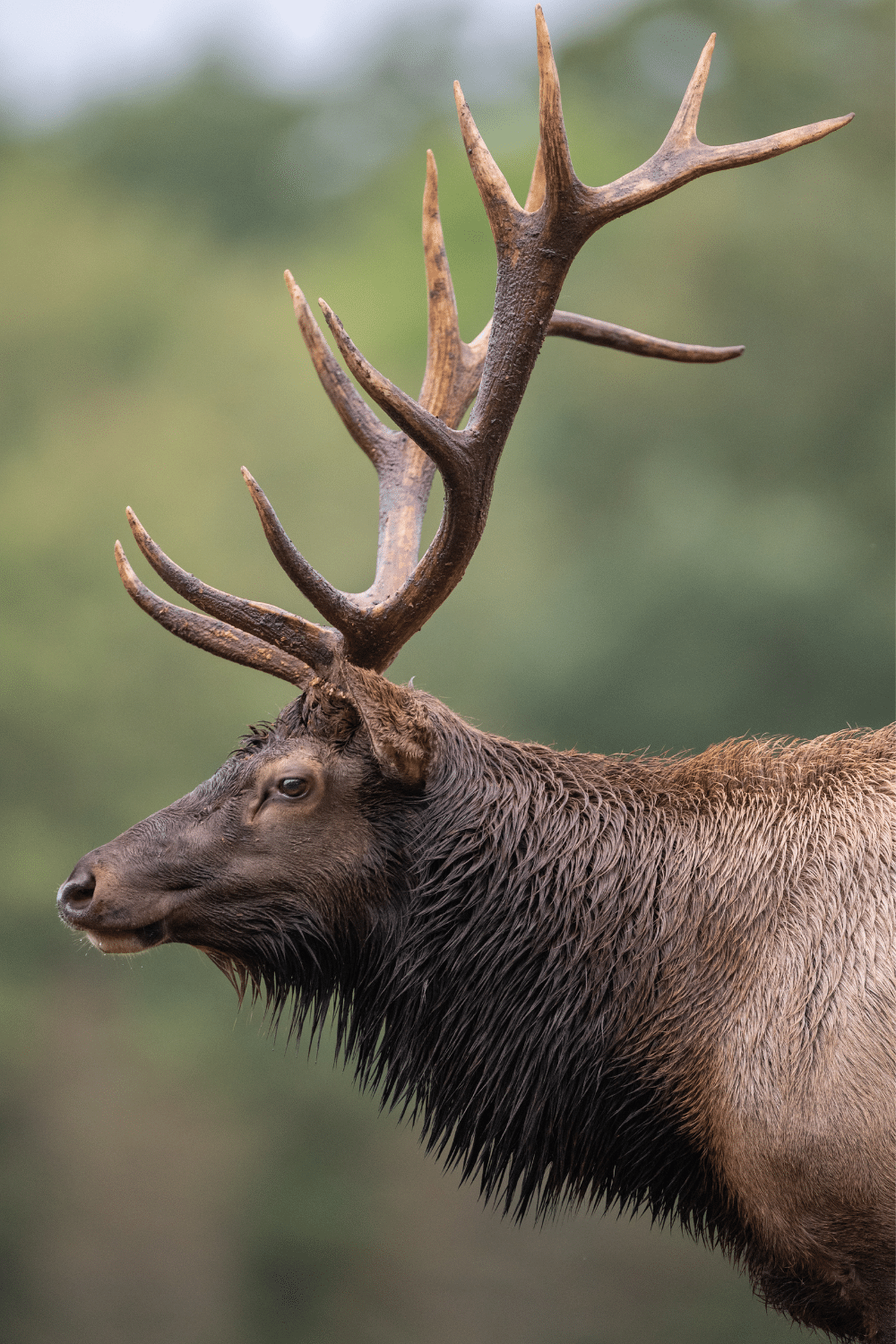 Elk Can Be Dangerous They Have Sharp Massive Horns

Throughout history, elk have been domesticated. This is depicted in cave paintings. Elk domestication has a long history of success in Siberia.

The USDA printed a farmer’s bulletin which said they were in contact with 16 elk farmers across 14 states. It’s unclear why elk farming dropped in popularity shortly after.

It began to rise again in the 1960s and is still slowly regaining popularity today.

Of course, domestication in terms of farming is far different than domestication for riding. There are legends of Native Americans domesticating and riding elk, but these are difficult to confirm.

Elk can be domesticated to tolerate or even enjoy human presence. However, they have not been bred or domesticated for riding purposes, which does make riding them riskier.

The History of Elk Riding

Elk riding does have some historical basis. There are postcards from the early 1900s of cowboys riding elk. One of these is from Wyoming, and most of which seems to come from the West. So, there is a historical basis for elk riding in America.

Can Elk Physically Support a Person?

It’s vital to check whether riding an elk is safe for the elk. Some animals can be damaged by the weight of a human.

This is why it’s not a great idea to jump on your golden retriever and ride them around the block. Your weight can harm them.

Most deer shouldn’t be ridden because their bone structure is much lighter than horses. This is what allows deer to be so graceful and jump so high. 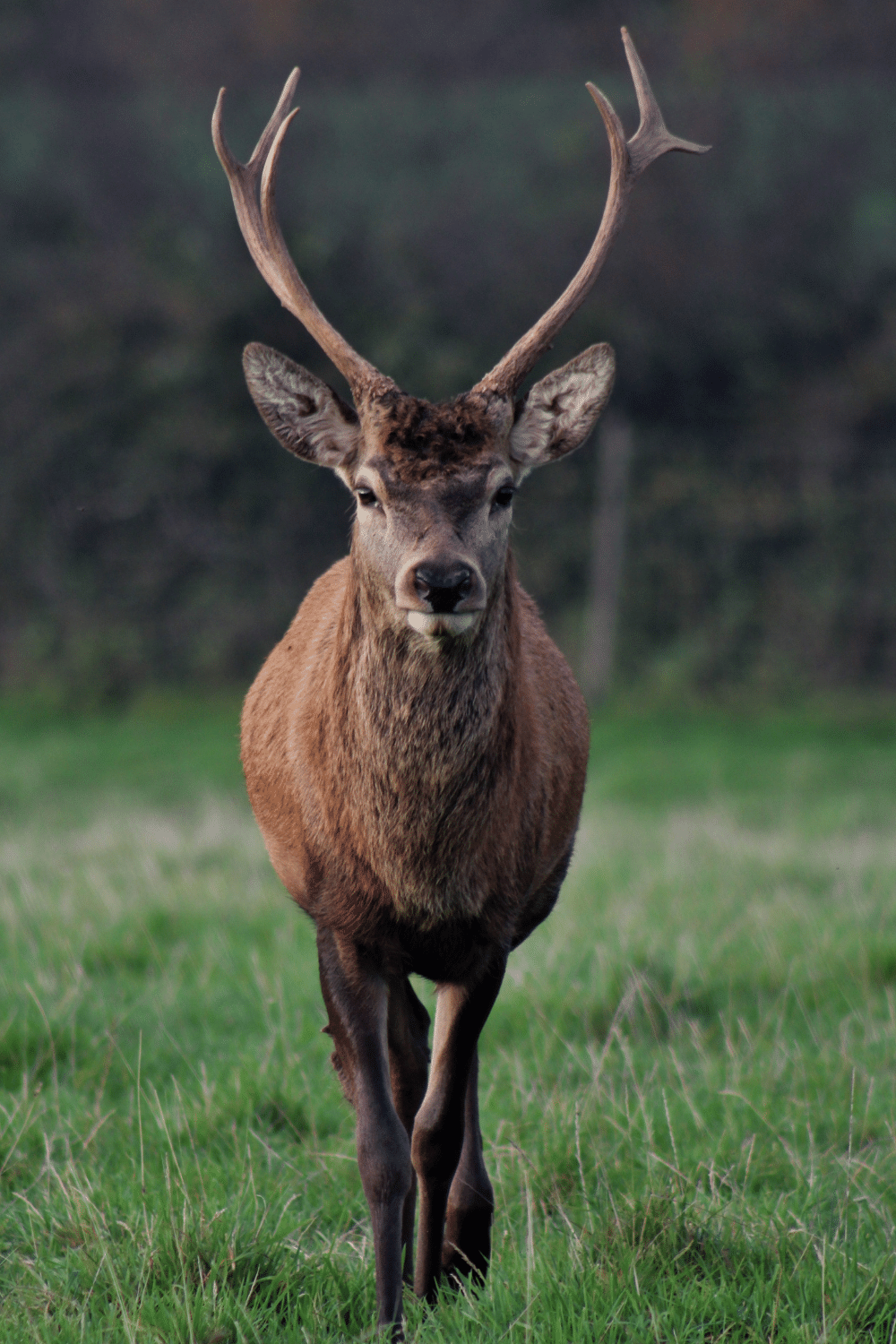 However, this isn’t true for elk and their cousins, reindeer. Elk and reindeer have a stronger bone structure, which means that riding them shouldn’t cause any damage.

Of course, to know for certain would require scientific investigation into an elk’s gait and the effect of a human weight.

This is definitely a problem if you’re planning to ride your elk regularly, however. A one-time ride shouldn’t cause any harm.

Elk’s size also contributes to their ability to haul a human as they’re one of the largest species within the deer family.

Males are approximately 5 feet tall at the shoulder when they are mature. Females are 4 to 4 and a half feet tall at maturity.

There are a few other species within the deer family that can be ridden. These are moose and reindeer.

King Charles XI attempted to create a moose cavalry unit. The animals were scared of gunfire, so they were ultimately unsuitable for the calvary.

However, they can be good animals to ride. Around 1900, John Connell happened upon a baby moose who was abandoned and freezing in the snow.

He took the animal home and raised it alongside his horses. Eventually, he trained the moose to accept a harness to pull a sleigh.

He could also saddle the moose, and frequently rode it into town. 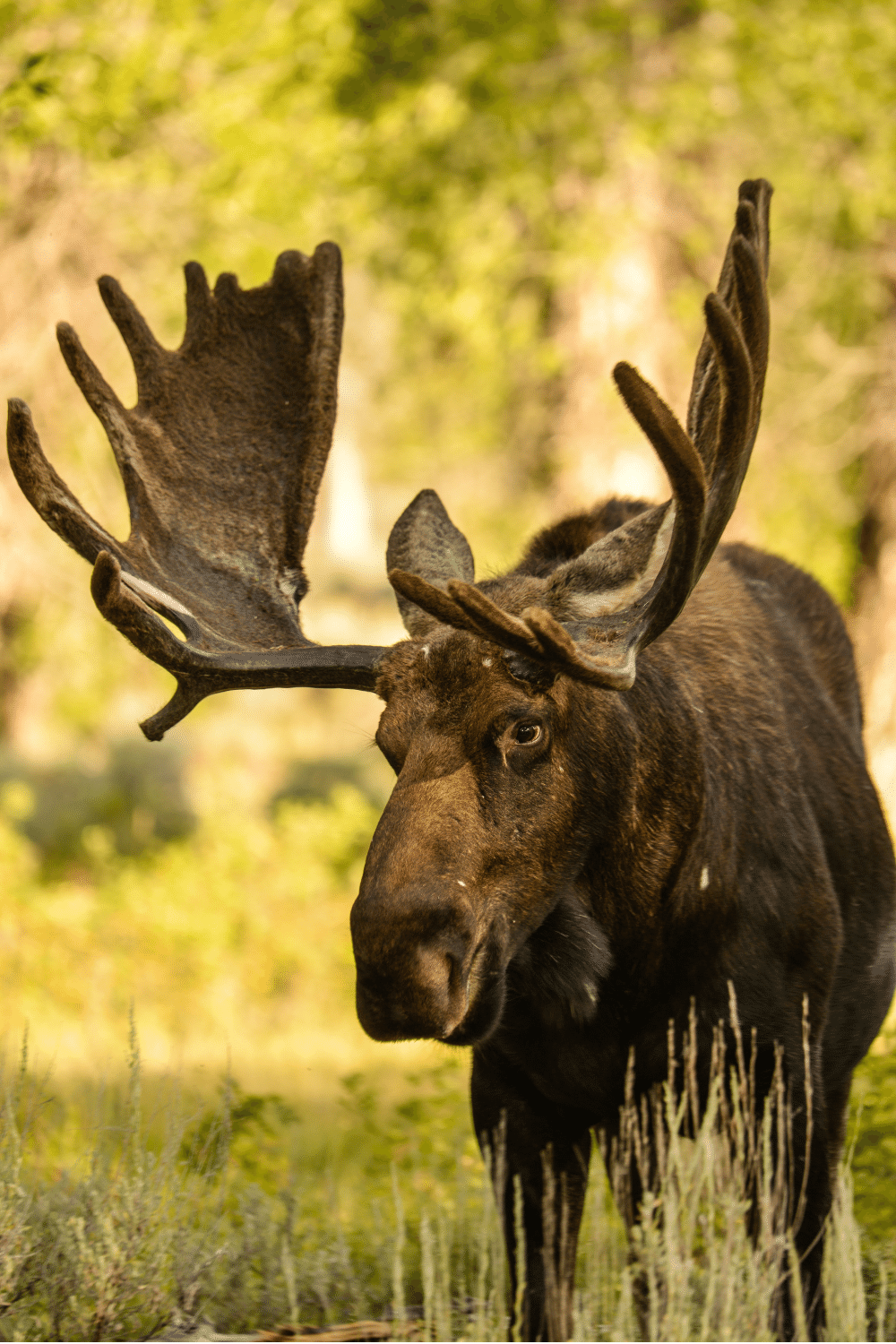 Reindeer have a long history of being ridden. There are several tribes in Mongolia, including the Durka and the Taija people of Mongolia ride reindeer as a means of transportation.

Despite the reindeer’s size, you must use caution when riding. When riding a reindeer, sit on their shoulders.

Their back half is not designed to support a person’s full weight. This can cause the reindeer to collapse.

Frequently Asked Questions about Can You Ride an Elk

Can Elk Be Saddled?

You can saddle an elk. However, you would need a specially designed saddle. Your typical horse saddle will not work for riding an elk. Their bodies are shaped differently.

This depends on their personality and domestication. Elks can be domesticated to enjoy human company. These animals are not aggressive. However, a wild elk can be aggressive, particularly during the mating or calving season.

Now you have the facts on elk riding. Elk isn’t an ideal animal for riding, but it is possible to ride one. There’s some historical basis for riding elk. They can be domesticated to an extent and can hold a human’s weight.