Domestic house cats share 95% of their DNA with lions, but their small size makes us want to pet them instead of running in the opposite direction.

So how do cats defend themselves despite lacking an imposing persona and make sure their size and cuddliness aren’t perceived as a chink in their defensive armor?

Wild feral cats and the pet cat you own have evolved to turn their weaknesses into strengths. Cats are known for possessing a kind of agility and speed that very few animals can compete with them.

It is because of their size and soft bone structure that this speed and flexibility are made possible.

Every cat owner needs to know the multiplicity of ways their cat can defend itself, and perhaps rest a little easier than their dear pet is capable of protecting itself when they’re not around.

How do cats defend themselves?

Cats defend themselves by primarily trying to evade or outrun predators. They look for any nook and corner to hide, or a tree or wall to climb and get out of the predator’s reach. If their attacker gets too close, their sharp claws and teeth are their primary mode of offensive defense. 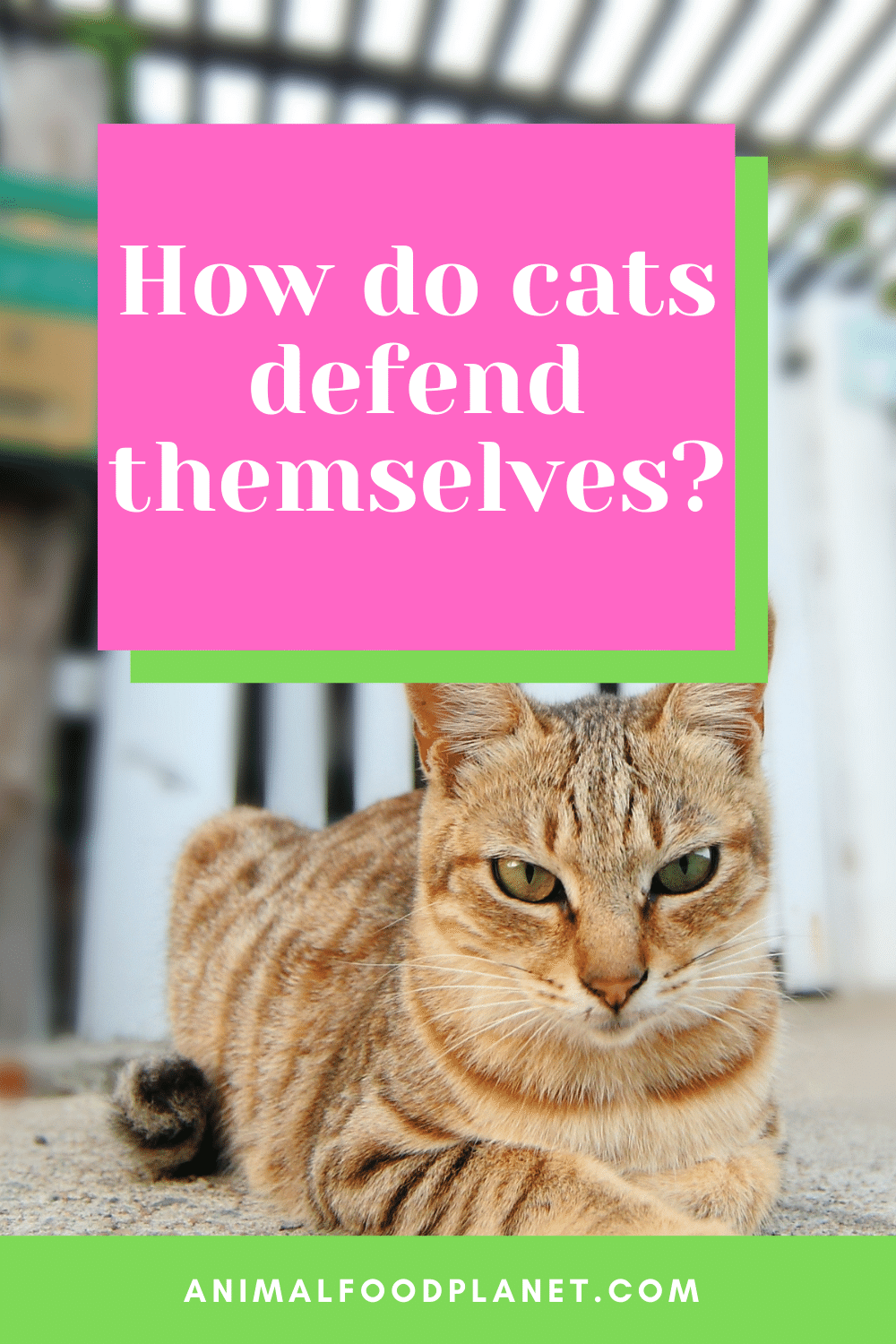 How do cats defend themselves

How do Cats Defend Themselves – 6 Proven Tactics

Cats may attempt to subvert or distract an attacker by clawing at their eyes or neck and buying just enough time to escape.

Cats, especially when defending their young ones, can even engage in all-out physical conflict with larger predators if the circumstance forces them to do so.

They try to preempt attackers by always staying alert.

The only time cats let their guard down is when they feel they are in a trusted and safe environment.

At all other times, especially when they suspect a potential attacker lurking, cats perk up their senses and use their keen and sharp vision and hearing skills to be ready to run away or defend themselves at the drop of a hat.

There are four major ways of telling if your cat is alert or scared. Cats generally try to avoid conflict. Staying alert to their surroundings and having their agile legs ready to go at any time is one way they defend themselves against attackers. 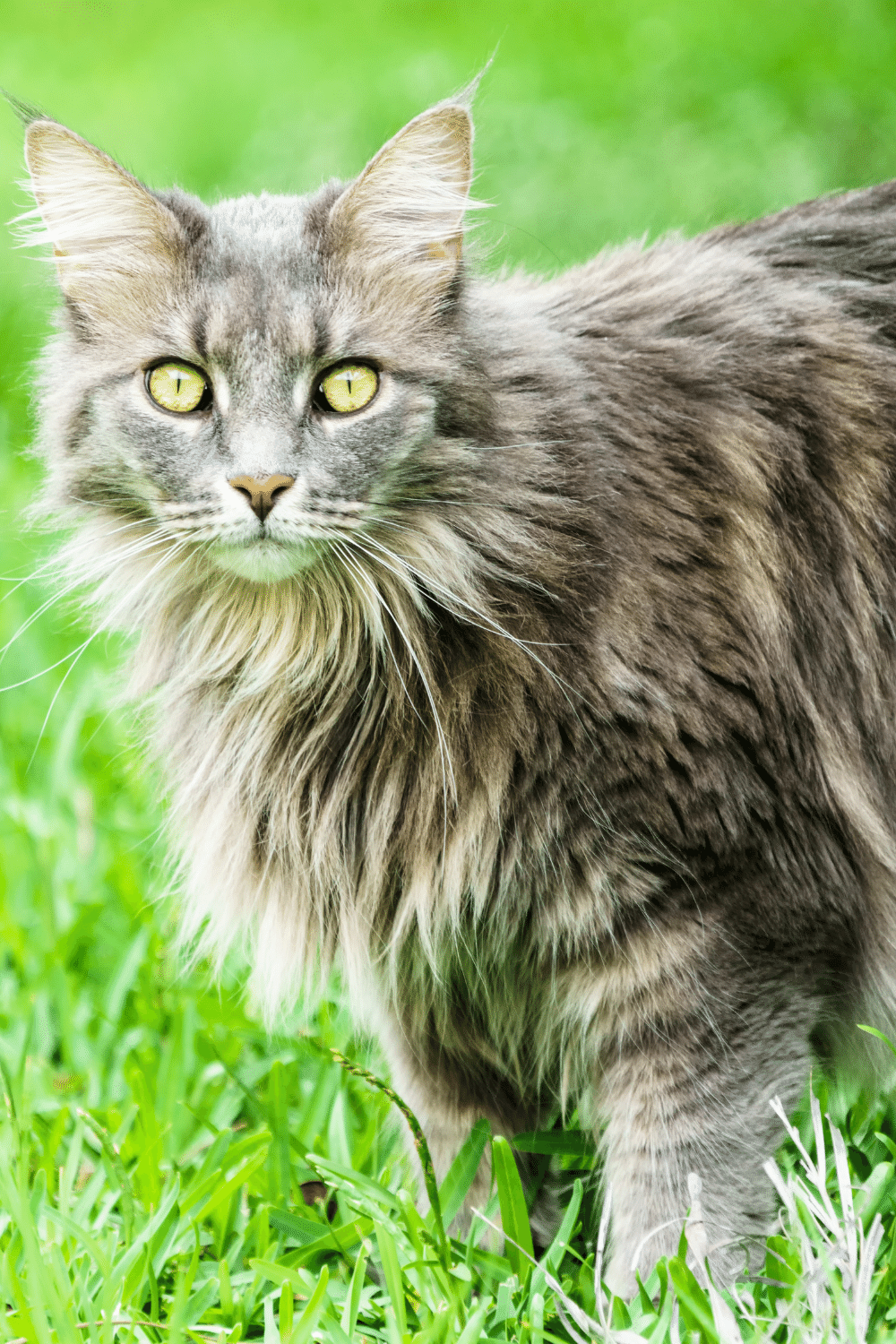 If cats ever come face to face with an attacker or predator, they give out threatening hisses and angry growls in an attempt to scare away and intimidate their opponent.

This hissing and growling is a more proactive way of avoiding all-out conflict with a predator and is usually deployed when cats are pushed into a corner, figuratively or literally.

Their general body language paired with threatening noises is an attempt to subdue their attacker, and dissuade it from moving any closer to them. 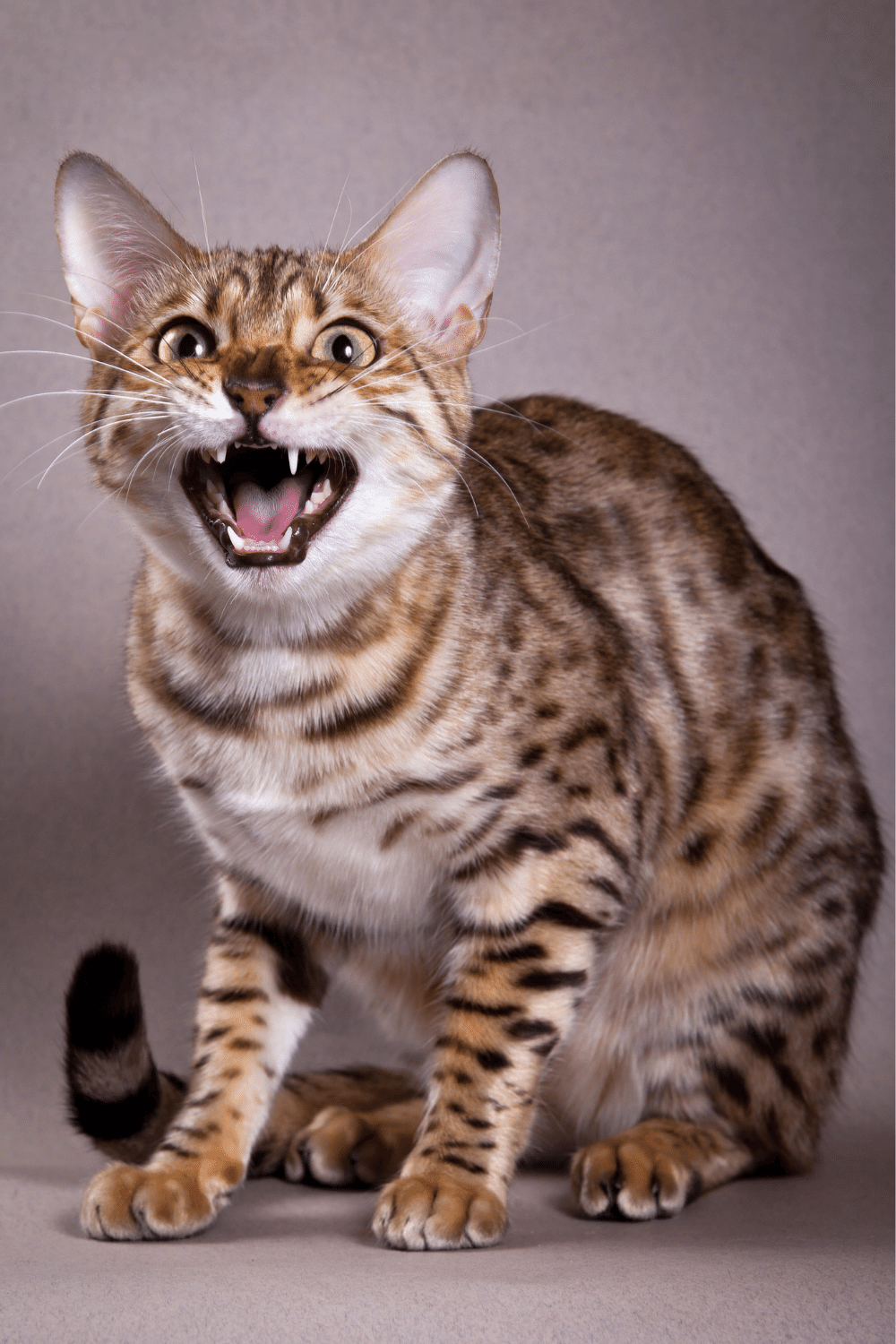 Cats are naturally gifted parkour athletes. You might have heard that if you drop a cat from a height, it will land on its feet regardless of which way it’s facing when it is dropped.

This is because cats possess agility and flexibility that few animals can compete with. When a cat gets running, the world for it becomes an obstacle course.

It can climb trees, scale walls, hide under objects, fit themselves into tiny spaces, or run too fast for any predator to catch.

Outrunning and hiding from its attackers is one of the surest ways a cat can defend itself, and it is aided in this method of defense by its natural body size and structure. 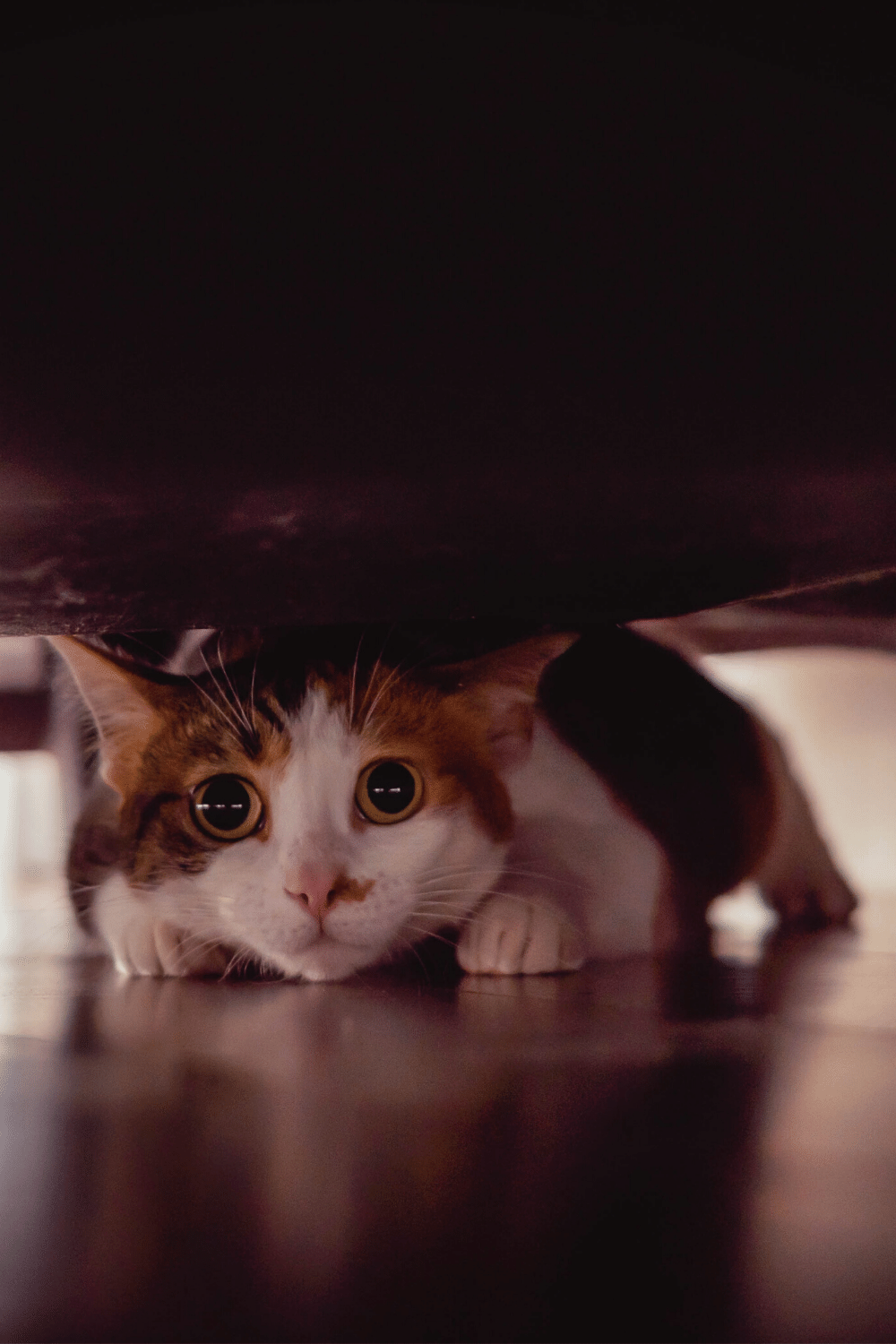 When a cat is scared, adrenaline rushes through its veins and puts it into fight-or-flight mode. However, before it can do either, a cat will stretch out its body, perk up its hairs, and get into a taller posture to enlarge its physical presence.

Cats will try to dissuade a predator from attacking by appearing bigger and more powerful than they are. A scared cat, in this case, tries to look anything but scared.

This body language is a display of power, size, and strength. It is meant to defend the cat by appearing more threatening to its attacker and hoping to scare it away. 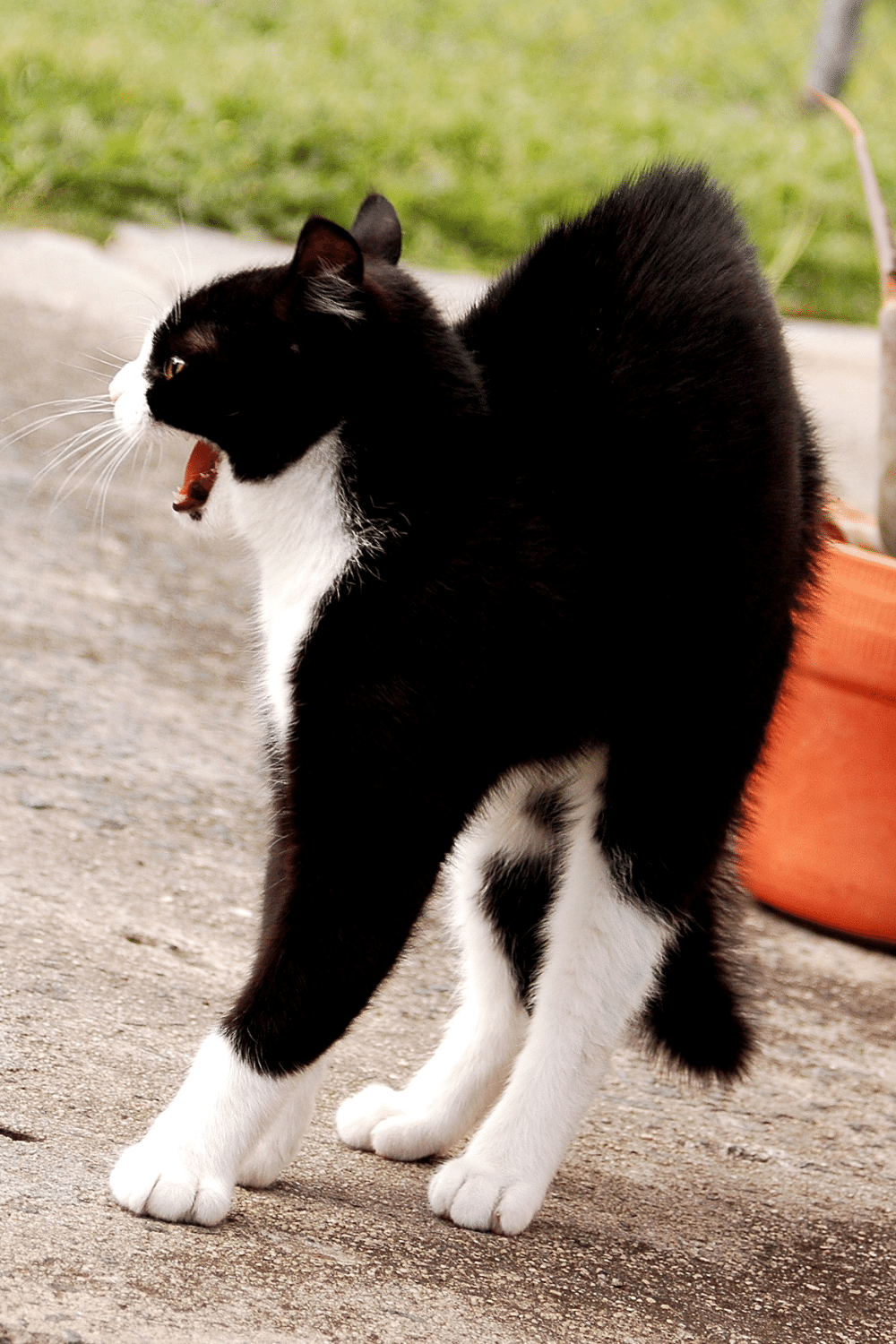 5. Using their claws and teeth

Hiding inside a cat’s cute paws is its sharp claws, which are a cat’s primary form of defense. Cats use their claws and teeth both to scratch and injure their attacker in a conflict and inflict just enough damage to give them time to escape.

However, you can try to make sure such a need never arises by making your cat feel safe in its environment. 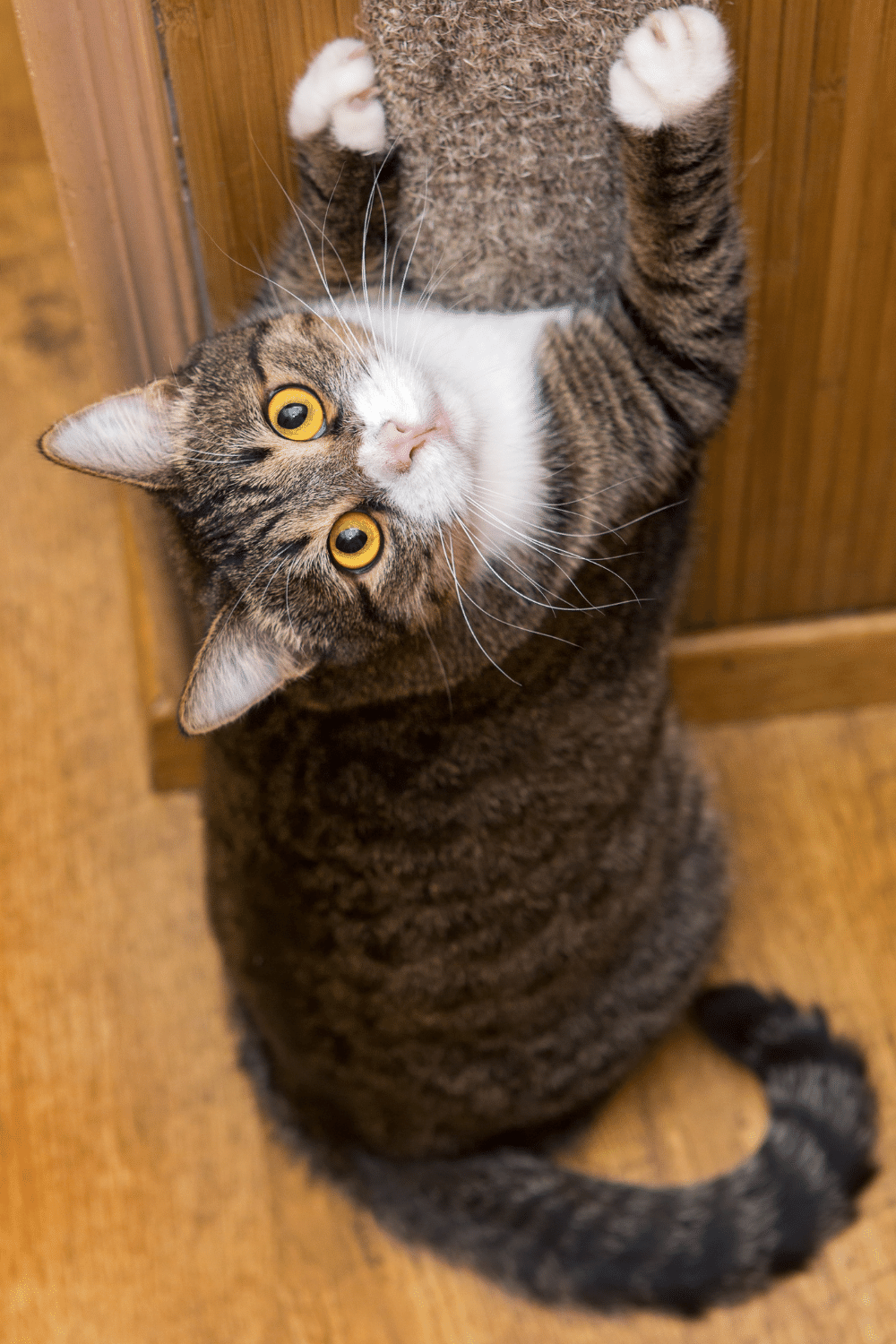 Cats Using Their Claws and Teeth

This is the rarest of all forms of defense. I shoved against a wall and left with no other option, a cat will even engage in full-fledged physical conflict with larger predators, especially when it comes to defending its offspring.

Cats have been known to fight other cats, dogs, and even snakes to defend themselves. This form of offensive defense is usually employed when a cat sees that all other modes of defense have been exhausted. 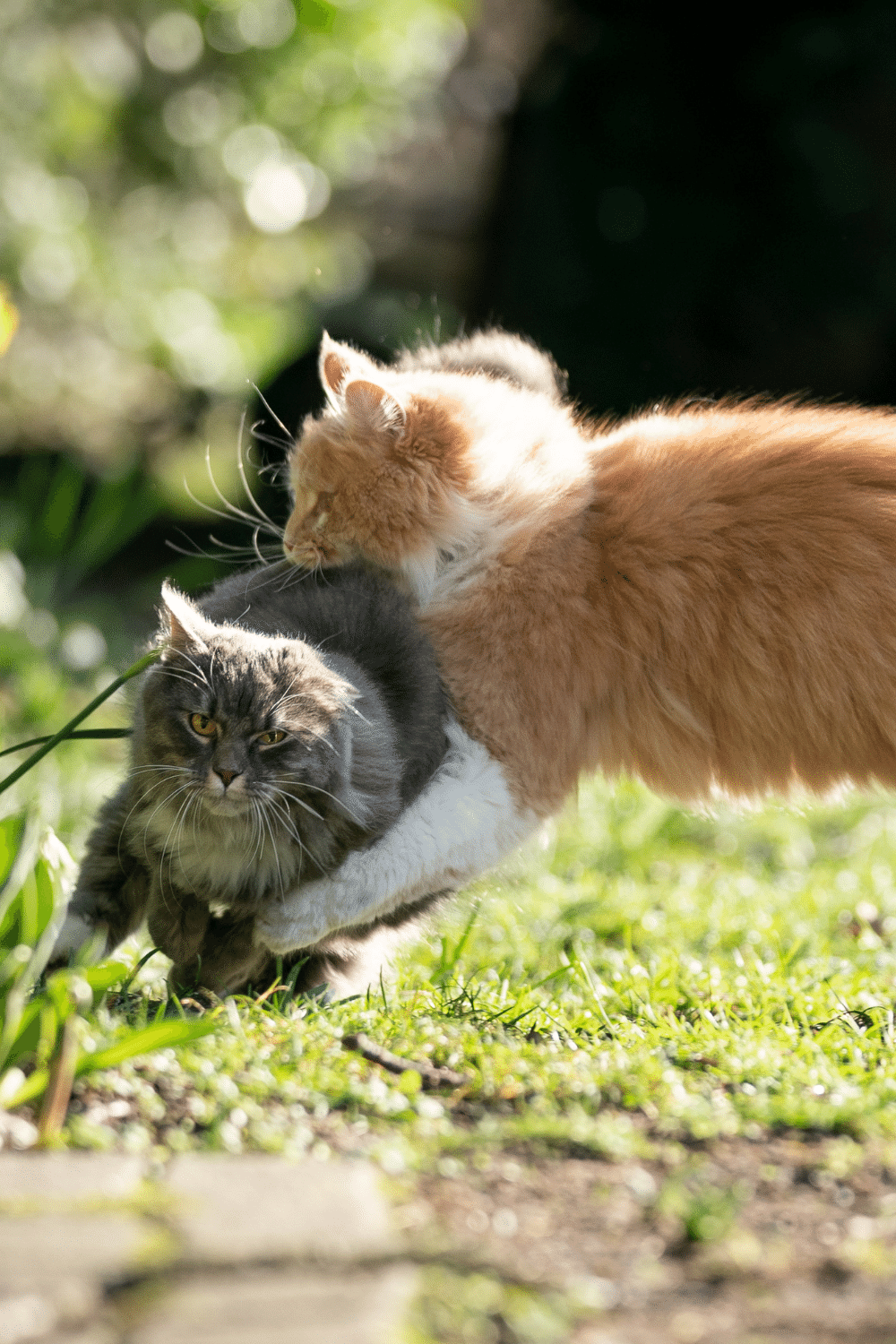 Frequently Asked Questions About How Do Cats Defend Themselves

Cats feel safe when they are in a trusted environment, so make sure your house or pet enclosure provides that comfort to them. Cats also need to feel that they can run away or hide if they need to defend themselves.

Having more vertical spaces and leaving the room open can put your cat more at ease.

2. Can I rest easy so that my house cat can defend itself if I’m not around?

Generally speaking, yes. Cats can run away from predators and hide in small places out of reach. However, you need to make sure that you don’t leave your cat in a closed space with other animals that can potentially attack it.

Conclusion About How Do Cats Defend Themselves

Cats have evolved new ways of defending themselves by turning their weaknesses into strengths. Their small size and soft bones may not be helpful against large predators in the wild, but it gives them unmatched speed and agility.

This allows them to outrun and outmaneuver their attackers, making them notoriously hard to catch.

However, if a cat is left with no other option but to attack, it will use every weapon nature has given it to scratch, claw, and bite at the predator to defend itself and its offspring.